Have Cardboard Bike, Will Travel

While getting around town by bicycle is great exercise and frees you up from the gridlock of city streets, there’s always that nagging little fear you experience the moment you lock it up to run your errands. Will it still be there when I get back?

Last year, rather than trying to dream up a bike lock that could stay one step ahead of thieves, Israeli designer Izhar Gafni went the other route: He came up with a bike that would cost little to replace if lost. The main ingredient: recycled cardboard. 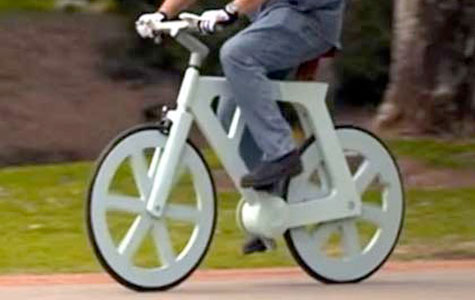 Dipped in a special coating that makes it pretty much impervious to the elements, the cardboard frame (with a bit of rubber and plastic thrown in) can support up to 400 pounds, and costs about $10 to make. Now Gafni’s company, Cardboard Technologies, has partnered with investors to build a factory capable of mass producing the bikes. 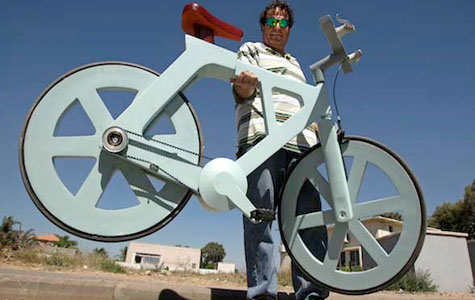 Initially Gafni launched an IndieGoGo campaign with the goal of raising $2 million for the venture, but pulled the plug on it after just a few days, deciding to go with equity investors instead. (Even so, he’d already raised $41,702 with 25 days to go.)