A cigar might sometimes just be a cigar, but a font project isn’t always just a font project. Like many people, Harald Geisler and R. Keller dreamt up a passion project with no business model and promptly put it up on Kickstarter. Their vision? To create a font based on the handwriting…of Sigmund Freud.

Their goal was a modest one: $1,500. As of this writing, they’ve raised more than $18,000 and the pledge drive doesn’t conclude until May 8th. Like any Kickstarter campaign worth its funding, this one offers different “gifts” for various pledge levels. Some highlights include the font to use on your computer ($10), a letter typeset in the font sent from Freud’s Vienna and signed by Geisler ($20), the ability to use the font commercially ($30), and at the top end, a font based on your own handwriting ($999 or more). 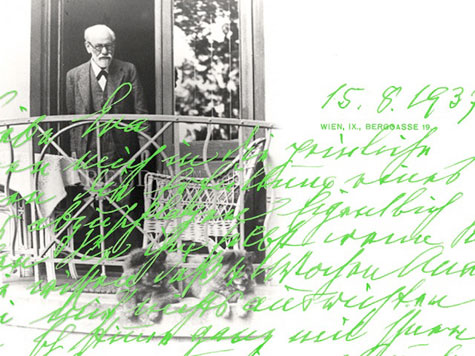 The Sigmund Freud Museum in Vienna has contributed several digital images of Freud’s correspondence from which the pair will build their font, which is a surprise. Though the project might seem a bit of harmless fun, one can’t help but recall that fortunes have been made and lost in the dealing of papers written by historical figures, where forgery is a way of life. Stand by for a rise in “discoveries” of Freud’s journals, shopping lists and mother-obsessed diaries.