Here’s to the creative muse that can be inspired by anything, even the craptastic lettering on the planes of a brutal regime.

Doctrine, the first commercial font in three years from Barnbrook Studio’s type foundry, Virusfonts, debuted on the sleeve of David Bowie’s new album, “The Next Day.” The sans serif font also happened to be partly inspired by the lettering used by Air Koryo, the national airline of North Korea. (Doctrine was designed by Jonathan Barnbrook, Jon Abbot and Julián Moncada.) 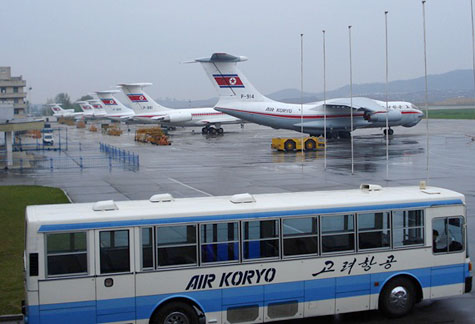 The Doctrine family is made up of Doctrine and Doctrine Stencil; each come in Regular, Thin, Light, Bold and Black. Open Type features expand these with stylistic alternatives, discretionary ligatures and more. Titling alternatives abound in Doctrine Stencil – all accessed through the Titling Alternates and Swash Character functions.

As for the North Korean airline, Abbot says, “With a dubious safety record and dismal reviews, there’s something wonderfully naïve about Air Koryo’s attempt to look like a serious airline.” 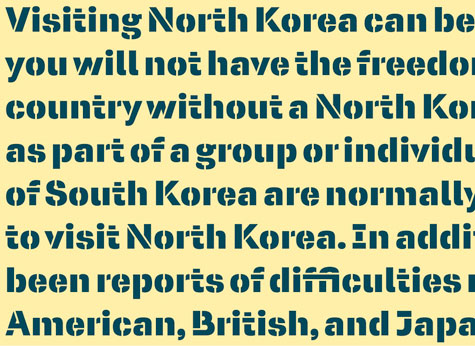