A Box That Won’t Leave Ya Cryin’ the ‘Blues’ 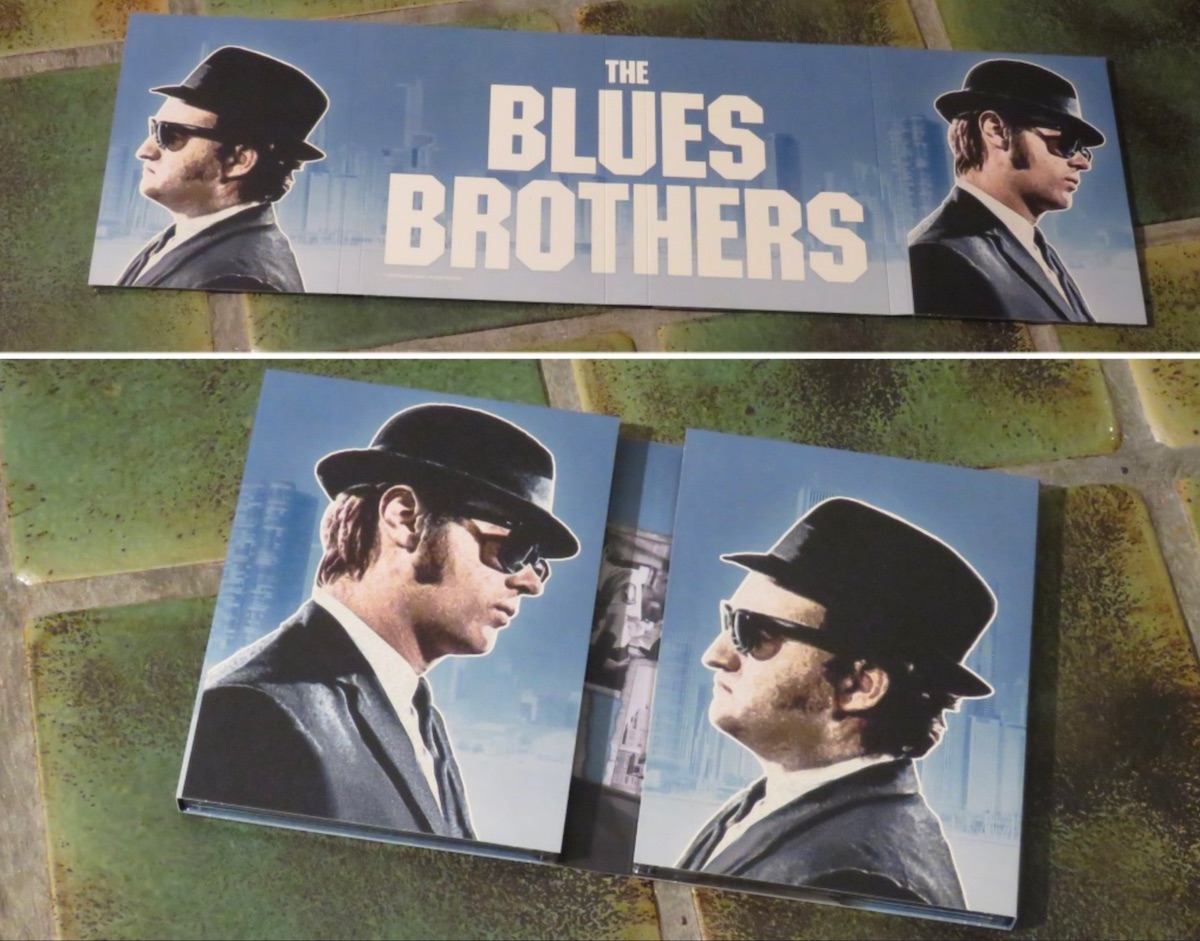 That intermittent thudding sound is Hollywood beating its head against a wall of its own creation. Obsessed with an overblown fear of the money it was losing from film piracy, the big media conglomerates threw their arms around video streaming deals. Give people a legal option to view your films online and they’ll stop downloading them illegally, the thinking went, and you can save a fortune on not having to manufacture DVDs and their packaging, too.

But the handful of websites people actually use to watch movies soon drove a hard bargain on licensing fees and, when Hollywood didn’t blink, some of them, including Netflix and Amazon, made their own movies instead. And now like husbands slinking home to their spouses after a mid-life fling gone sour, the big media companies are re-examing how they can make their DVD releases pay. It’ll come to nothing, of course, because they don’t want to part with one more dime. Their overseas counterparts, however, have been doing grand DVD releases right for years now.

Take this fantastic box released last September in Germany for an extended edition of the classic 1980 comedy classic “The Blues Brothers.” Thanks to Ard Vijn over at Screen Anarchy for posting these image of all the extras that came with it. (You can find even more images there, too.) The first thing that hits you right away? Print makes all the difference. 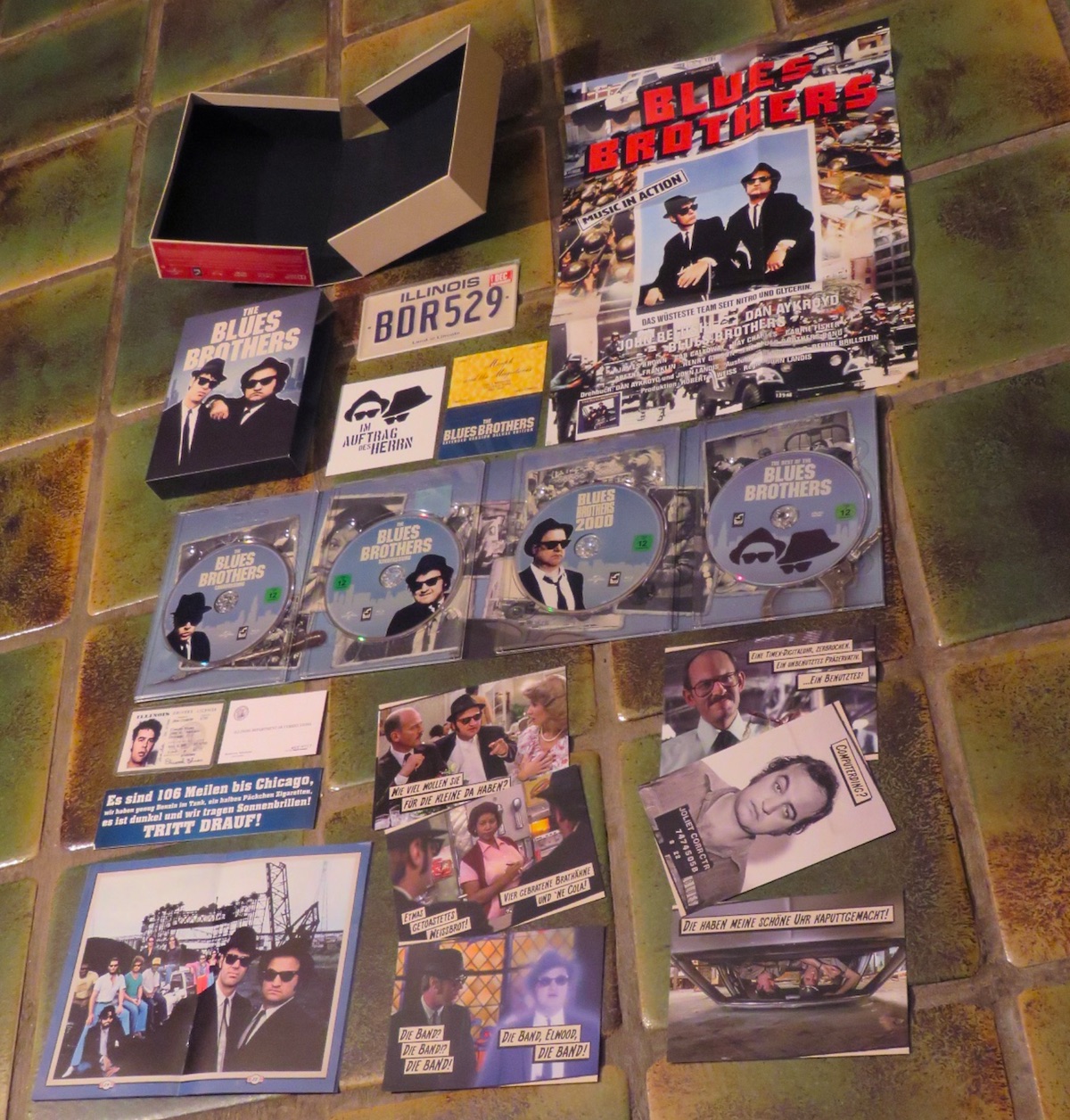 And the funny thing is that where the trend has been for deluxe DVD sets to be released in steel boxes, the “Blues Brothers” one has arguably kept its costs down by opting for cardboard packaging, with all but a couple of pieces being paper ones. 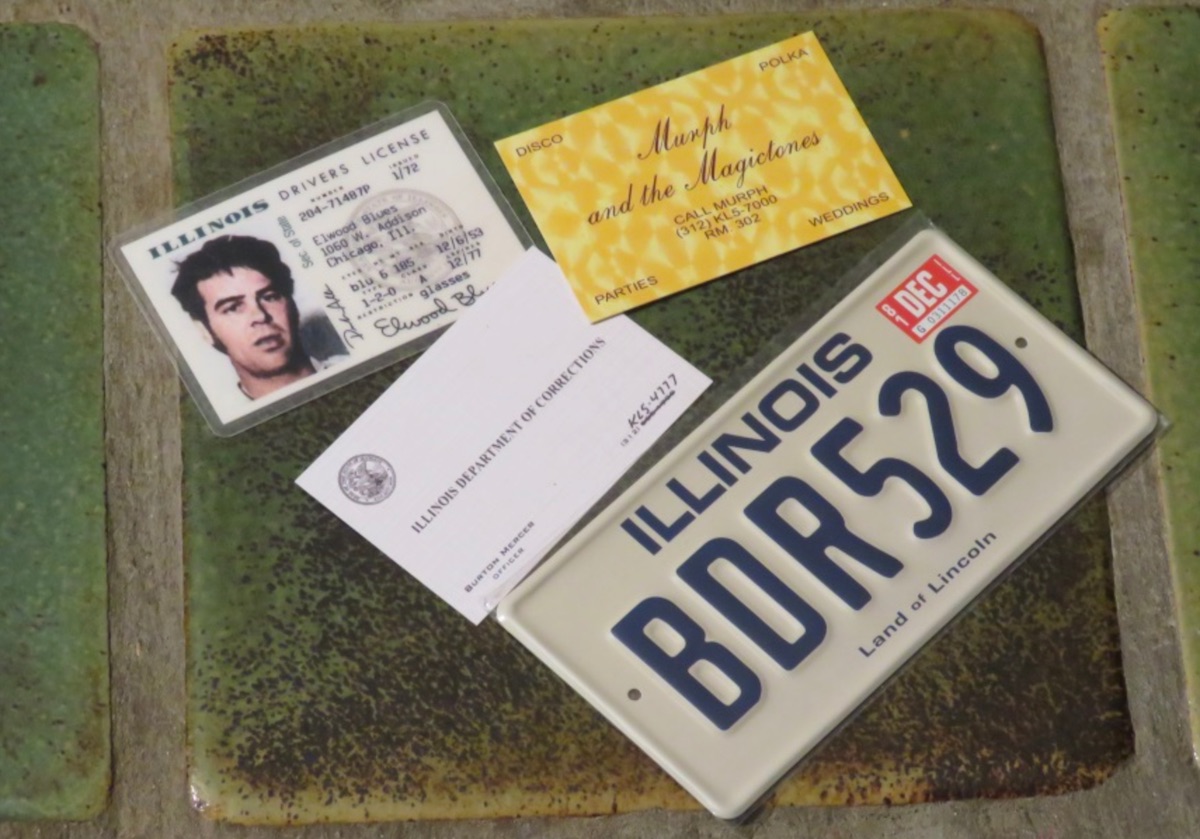 How cool is this: replicas of props from the movie! The drivers license for Dan Ackroyd’s character is laminated and the license plate is indeed metal. And fans of the “Blues Brothers” will be able to place those two business cards, no doubt.

Did Universal Pictures Germany spend more on this release than the usual clamshell one stateside? Absolutely. But here any extra expense was doubtless met and surpassed by collectors anxious to own keepsakes from those two boys “on a mission from God.”