In the midst of a push from every side to move print products to smartphone and tablet screens, at least one company is pushing back: Australian airline Qantas.

The carrier’s high-end fliers are being encouraged to put their iPads away and enjoy their trip by settling down with a volume from its “Stories for Every Journey” collection. The works – culled from the books and stories of publisher Hachette – tend toward nonfiction, thrillers and crime fiction to appeal to its Platinum level fliers, who tend to be male.

Advertising agency Droga5 Sydney worked closely with Hachette to find works that would last no longer than the flights. Each volume features a custom cover by designer/art director Paul Belford, who’s worked on campaigns for the Sony PlayStation and The Economist magazine, among others. 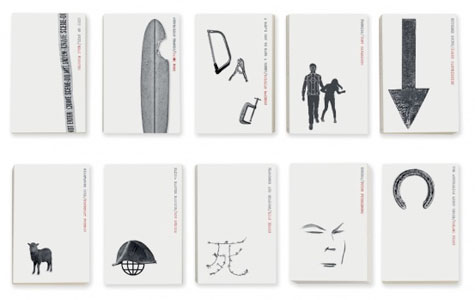 The books are meant to reflect the sophistication of the brand, according to the airline. Says Droga5 Sydney Creative Chairman David Nobay, “It occurred to us that, in this world of Kindles and iPads, the last bastion of the humble paperback novel is actually at 40,000 feet.”