Designer Crafts Comic for the Blind

Certainly each new brief a designer receives brings its own little challenges. Yet seldom are we challenged to do something many would’ve deemed impossible, something that’s never actually been done before.

During the course of his studies in interaction design, Philipp Meyer decided that he would create a short comic strip for an audience almost always left out of any discussions when it comes to paper design: the blind.

With the help of the braille department at Nota, a Danish library specializing in books for people with learning disabilities, Meyer interviewed several blind people, and began experimenting with different ways of telling a story on paper in a tactile way. The result is what many consider the first braille comic: “Life.” It tells the story of a couple who meet, have a child and die, very simply by using shapes and changes in embossing heights. 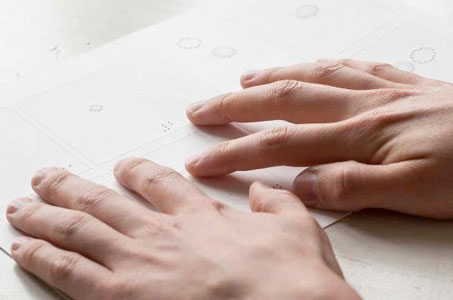 Printed on paper leftover from braille book production at Nota, each page of “Life” is broken up into four frames. Initially a hardbound book – the covers were a bit too distracting at times to be practical – Meyer switched to a Leporello or “concertina” folding so that a person can read it either like a book or spread it out as a long sheet. 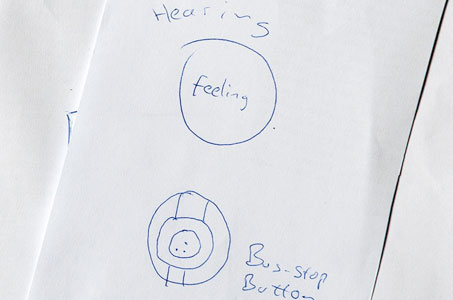 Concluded Meyer, “I realized that it is possible to tell a story – without ink, text or sound – that comes to life through imagination.” 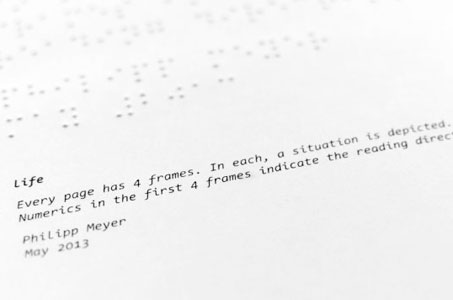