If you somehow missed the news, Amazon head Jeff Bezos unveiled plans to deliver their packages using unmanned drones, starting in 2015. As April Fools is months away, we suppose we will have to take him at his word. Anyway, years of sitting through endless pictures of people’s dinners, pets, children, and bloody-minded squibbles over everything under the sun were justified with the Tweeted image below [hat tip to Boing Boing]. 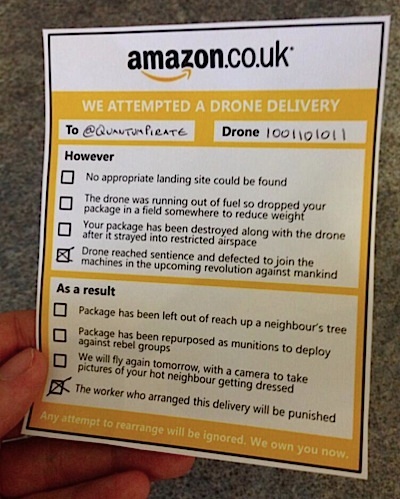 And here’s a little video about Amazon’s plan (note the number of times it’s been played!):