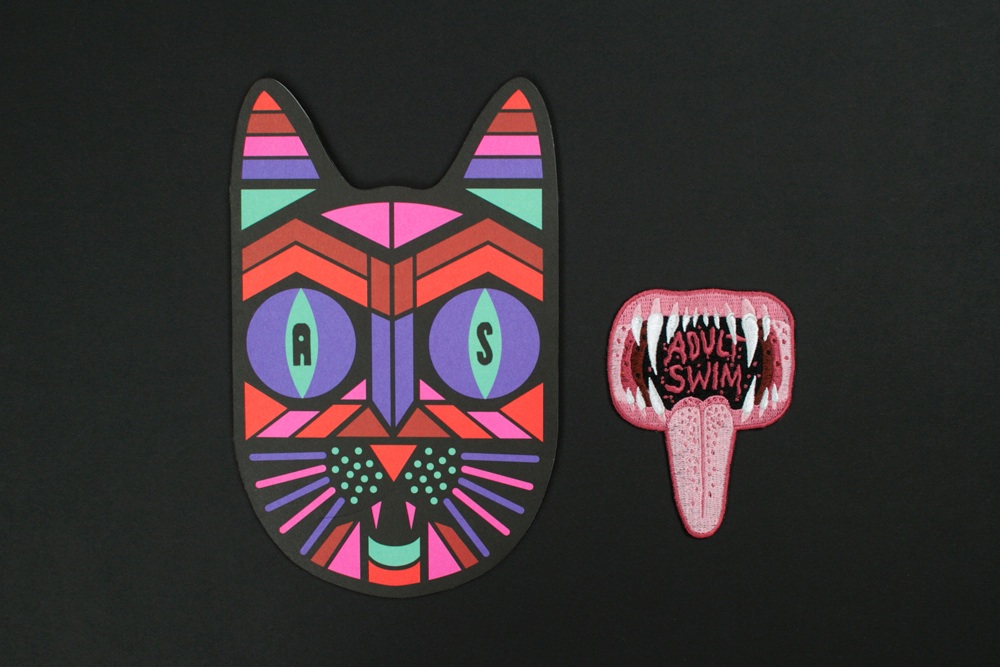 Though we’re a tad too young to have enjoyed the mental meltdown of the ’60s, that’s not to say we don’t enjoy having our consciousnesses altered every now and again. This week, we conduct a little exploratory surgery on a psychedelic cat, peek inside someone’s drawers (hey now…), and revisit one of the most mind-blowing films of all time. (Previous Cool Designs of the Week can be found over here.)

Few media sources can compete with Cartoon Network’s Adult Swim programming when it comes to the regular presentation of cutting-edge graphic design; naturally this also extends to their trade show promotions as well. Joseph Veazey’s designs for the Adult Swim booth at Comic-Con included a 30 ft. tall glowing cat game, but our attention immediately went to the accompanying brochure. Here Joseph tells us what we need to know:

“The brochure featured the cat’s face with a die-cut slit into which a custom embroidered patch slid, mimicking the cat’s tongue in the booth/game.”

What he fails to mention is that you can drill deeper into the cat’s head every time you open a panel, right down to the bizarre creature’s skull. You can’t get much more Adult Swim than that. 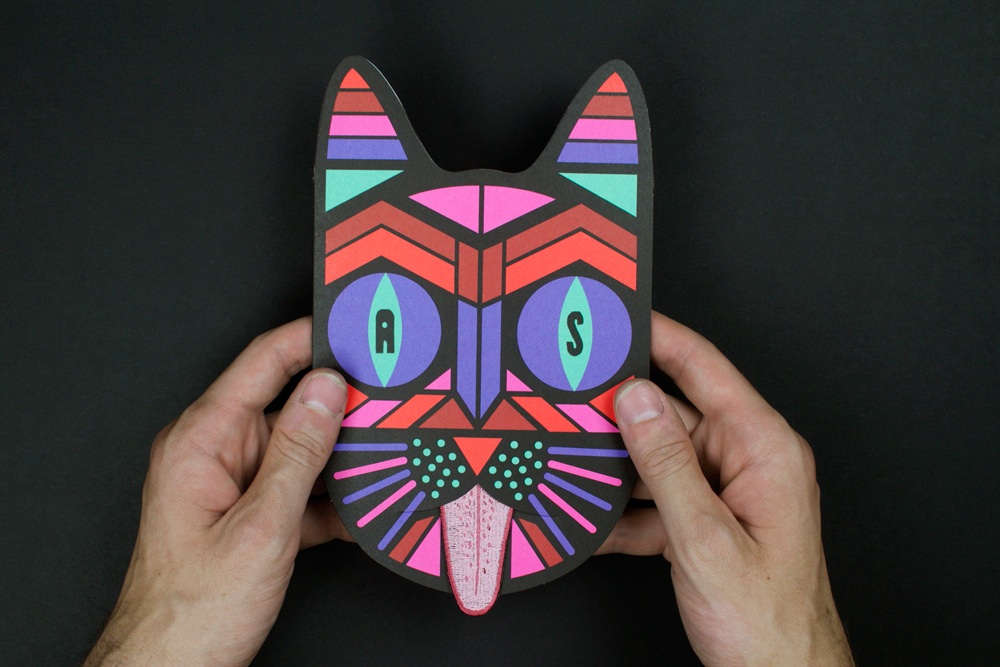 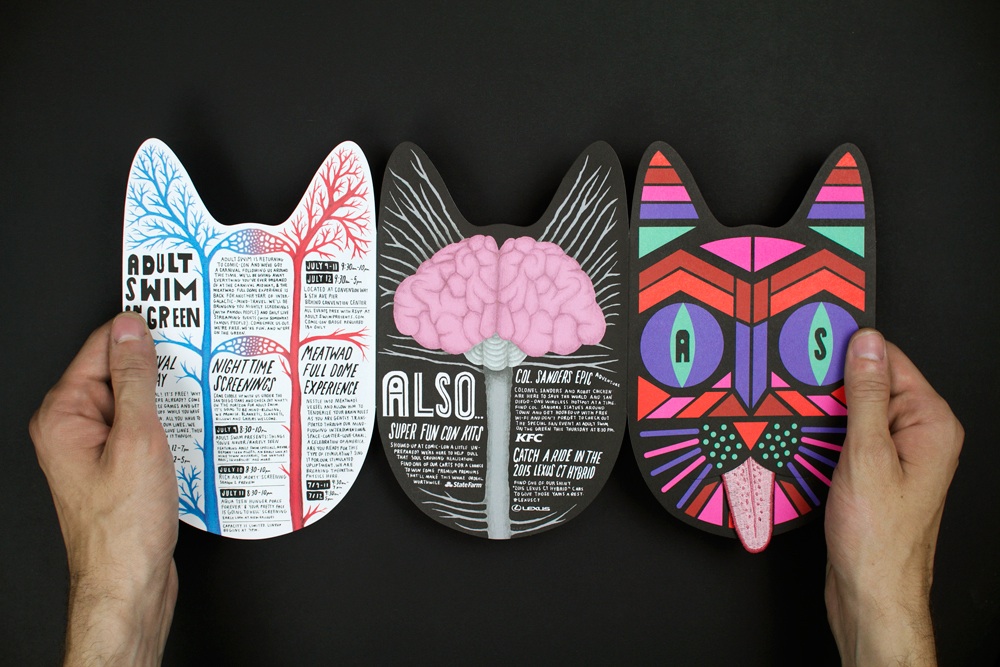 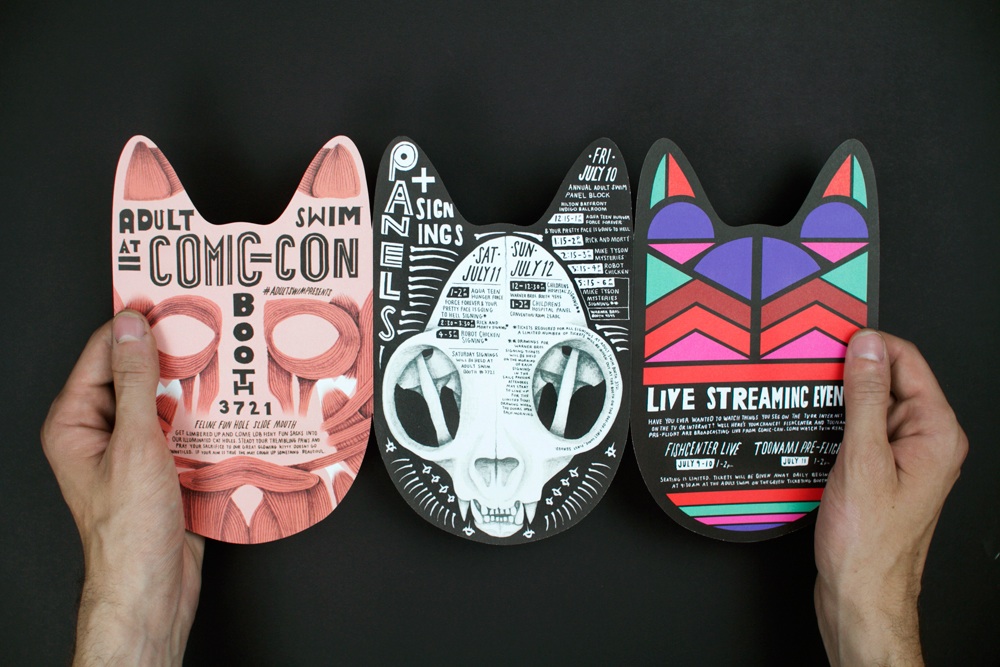 You never realize how unimaginative most direct mail is until you see something that completely floors you, like this mailing Levi’s sent the fashion press to introduce a new line. When you see photos of this thing, it’s easy to miss just how large it is. Those are real clothes in the drawers! 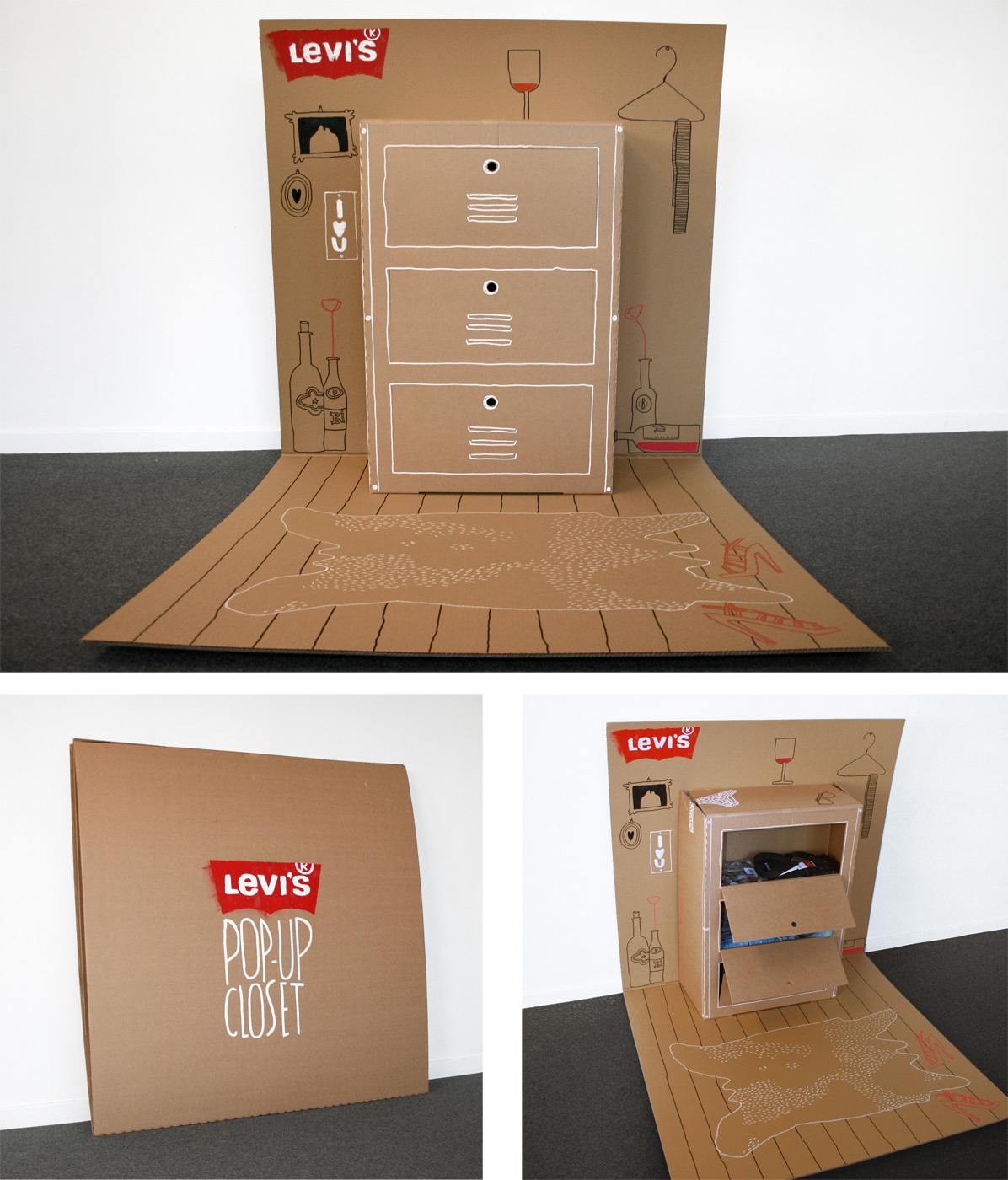 Few films have influenced nearly every human endeavor – from art, film, music and writing, to technology and beyond – as greatly as “2001: A Space Odyssey.” Paper porn giant (in more ways than one) Taschen is set to release one component of its recent limited edition paean to that film: Piers Bizony’s 560 page opus on the film’s making. Designed by M/M (Paris), the book itself resembles that movie’s iconic monolith (though its covers boast earth-rise embossings) and features a treasure trove of gorgeous production photography including several gatefolds, the better to enjoy every detail. So gorgeous is this tome, even those who have no interest in ‘2001’ may find hours of inspiration in every page. 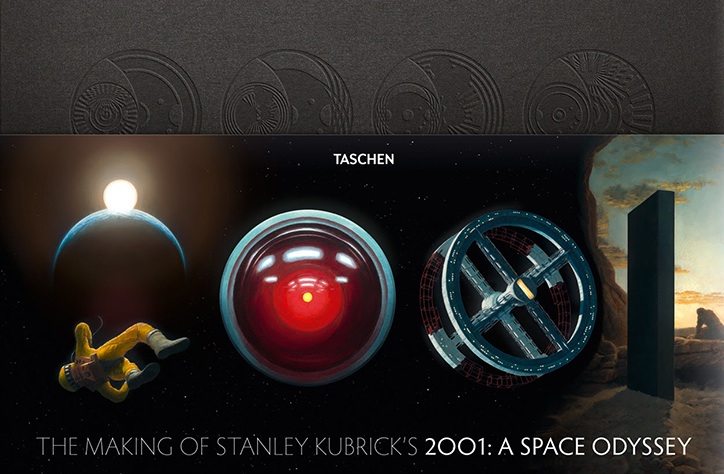 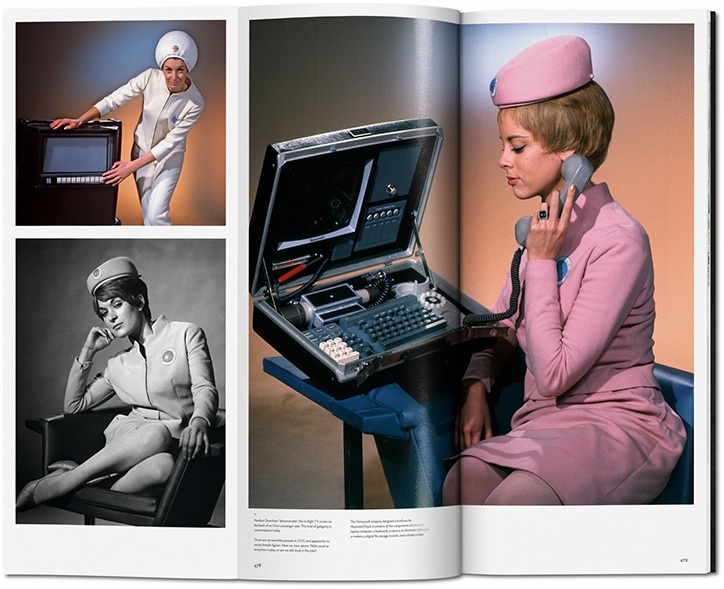