A Poster that Makes You Think

A significant number of PaperSpecs readers invest countless hours each year producing posters: posters to persuade, posters to cajole,  posters to inspire. So much creativity goes into each and every one of these projects, with an emphasis on aesthetics, style and efficacy. This month, brand consultancy Interbrand New York taught us all a lesson about what actually makes for a truly effective poster.

Paper Prison, its contribution to The Mandela Poster Project, snagged a Gold Design Lions award at this year’s Cannes Lions International Festival of Creativity in France. 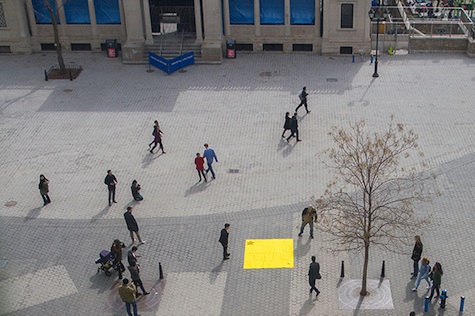 As the agency explains:

“Composed of multiple pages, Interbrand’s award-winning poster unfolds into an 8 x 7 foot rectangle when placed on the ground—creating a space almost exactly the same size as Mandela’s prison cell on Robben Island, South Africa, where he served most of his 27-year sentence. Against a yellow background, it reads: “He illuminated the world from an 8-foot cell.” The contrast of the black type against a yellow backdrop was designed to transport viewers into Mandela’s darkness during those 27 years—a darkness illuminated only by his enduring optimism and spirit.” 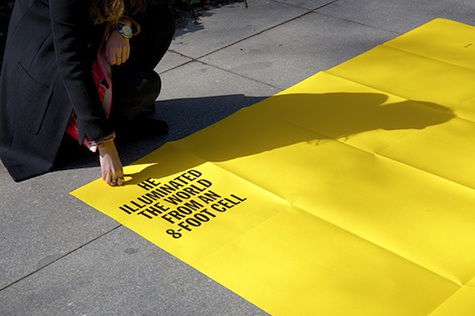 To further increase its impact, copies were placed in various public areas around London, New York, Sydney, Madrid and Johannesburg, where passersby were invited to experience for themselves how limited an area Mandela occupied compared with how far his influence ultimately reached.

Said Cannes Lions judge and Leo Burnett Design Director Alison Wolfson, “This was an excellent strategic idea applied through design that is so simple, it’s genius.”