I made a new friend the other day – the moment I saw him, I just knew we were going to get along famously. Why? Because he’s made of paper and hot foil, of course! His name is Robox and he has single-handedly done something few others have been able to do – instantly get across to potential clients just how fun and engaging print can be. That’s right, I used the “F” word: Fun!

Produced by Boss Print on 125 gsm (80 lb.) Fedrigoni Sirio Pearl Coal Mine and Platinum papers to promote their packaging arm Boss Box, the project starts out as a 3 1/2-x-3 1/2 inch Pearlescent Gray box that sports different geometric symbols rendered in hot foil. (If you look at them carefully, you’ll discover that they spell out “Robox”!) 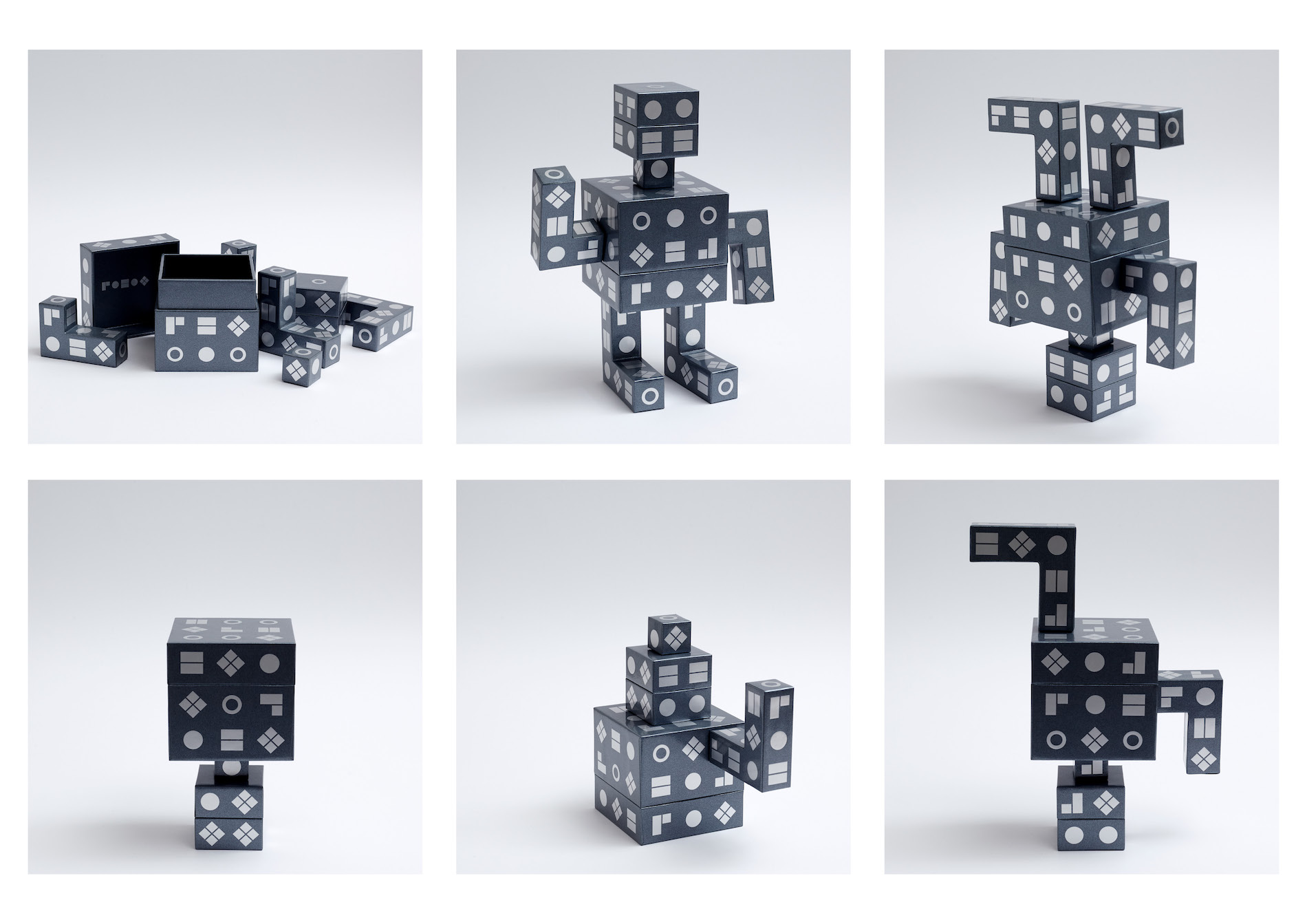 Opening the box reveals several other hot foil stamped box shapes, all precisely nested inside like a 3D puzzle. Once they’re removed, you can assemble them into a robot – our friend Robox – with the help of invisible magnets contained in each piece. These also enable you to pose him in a number of positions. Should you somehow grow bored of his company, there is even a game you can play. Yes, among all of the nested box shapes is another box that contains one gaming die. 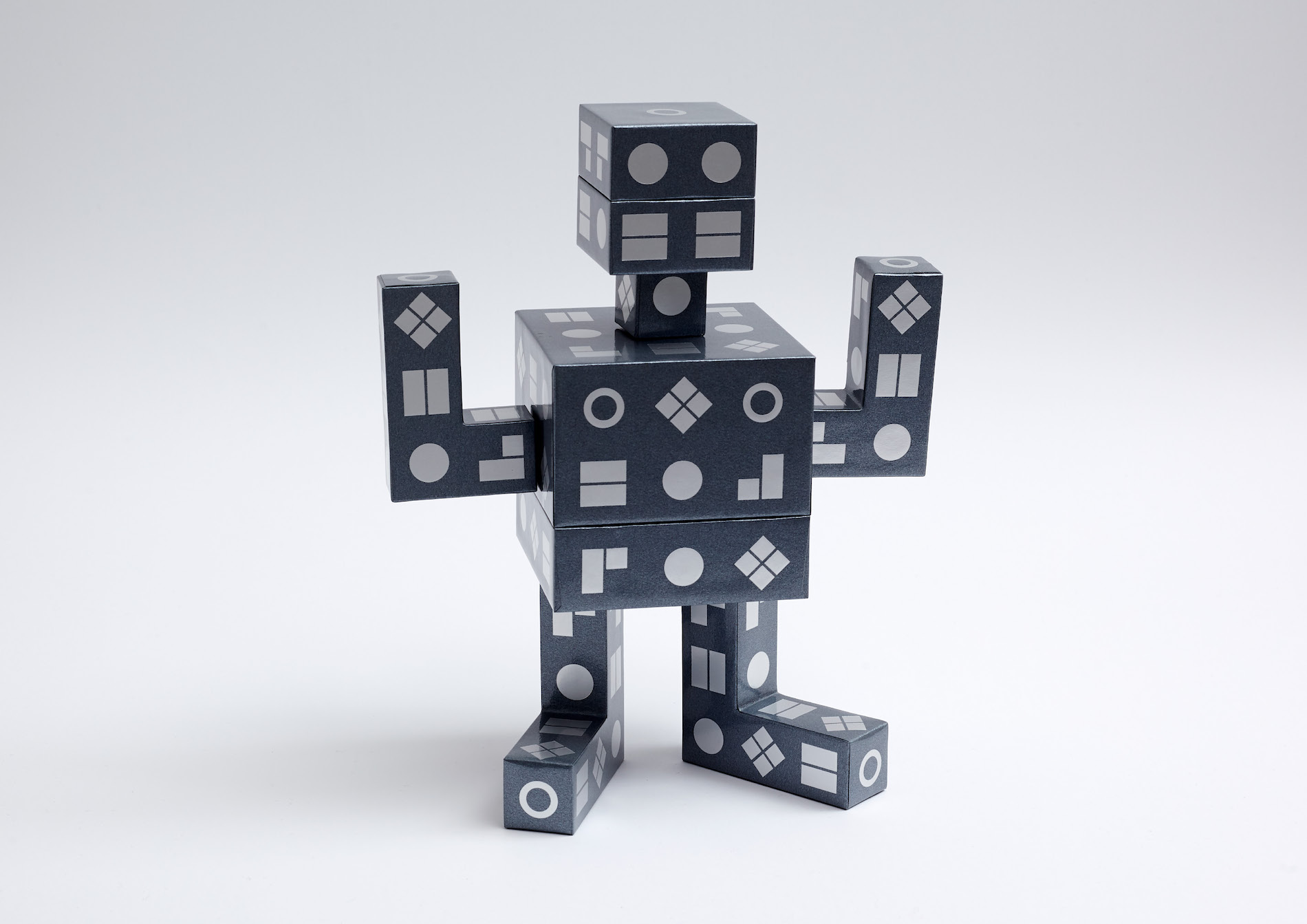 Hmm, boxes inside boxes? Playfulness? If this seems familiar, it’s probably because Robox was designed by our friend Jim Sutherland over at Studio Sutherl&, whose past works include similarly inventive creations such as the delightful packaging experiment “Boxes in Boxes” [Watch the Video!] (also produced by Boss Print), and the ever-expanding children’s book “A Tall Story” [Watch the Video!]. 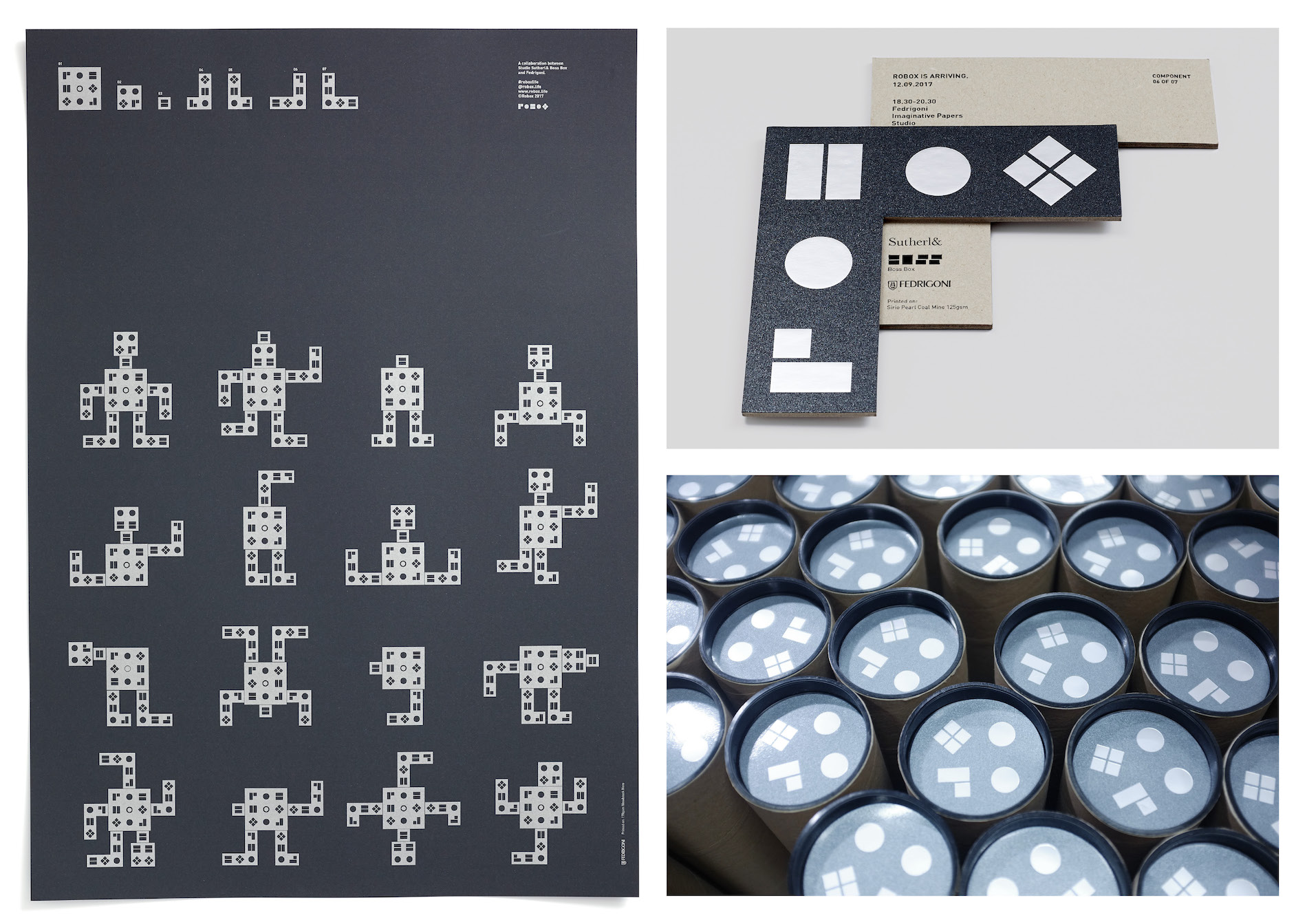 The goal with Robox, says Jim, was to use “the tactile power of print and production to get clients playing and engaging with the work Boss Box does…Robox demonstrates that the physicality of an object [appeals to] our senses in a different way to that of an image on a screen.”

That he does…though I’m beginning to suspect that Robox cheats a little at the dice game. 😉