Once upon a time there was a giraffe called Georgia, a printer who believed in his daughter’s gift, and a children’s book that unfolded with every fold. That book, “A Tall Story,” was written by 9-year-old Tiger-Lily Smith for a competition, explains her father Fenton, co-owner of Boss Print. “She corrected it and revised it so many times in the pursuit of getting it correct that she missed the competition.” 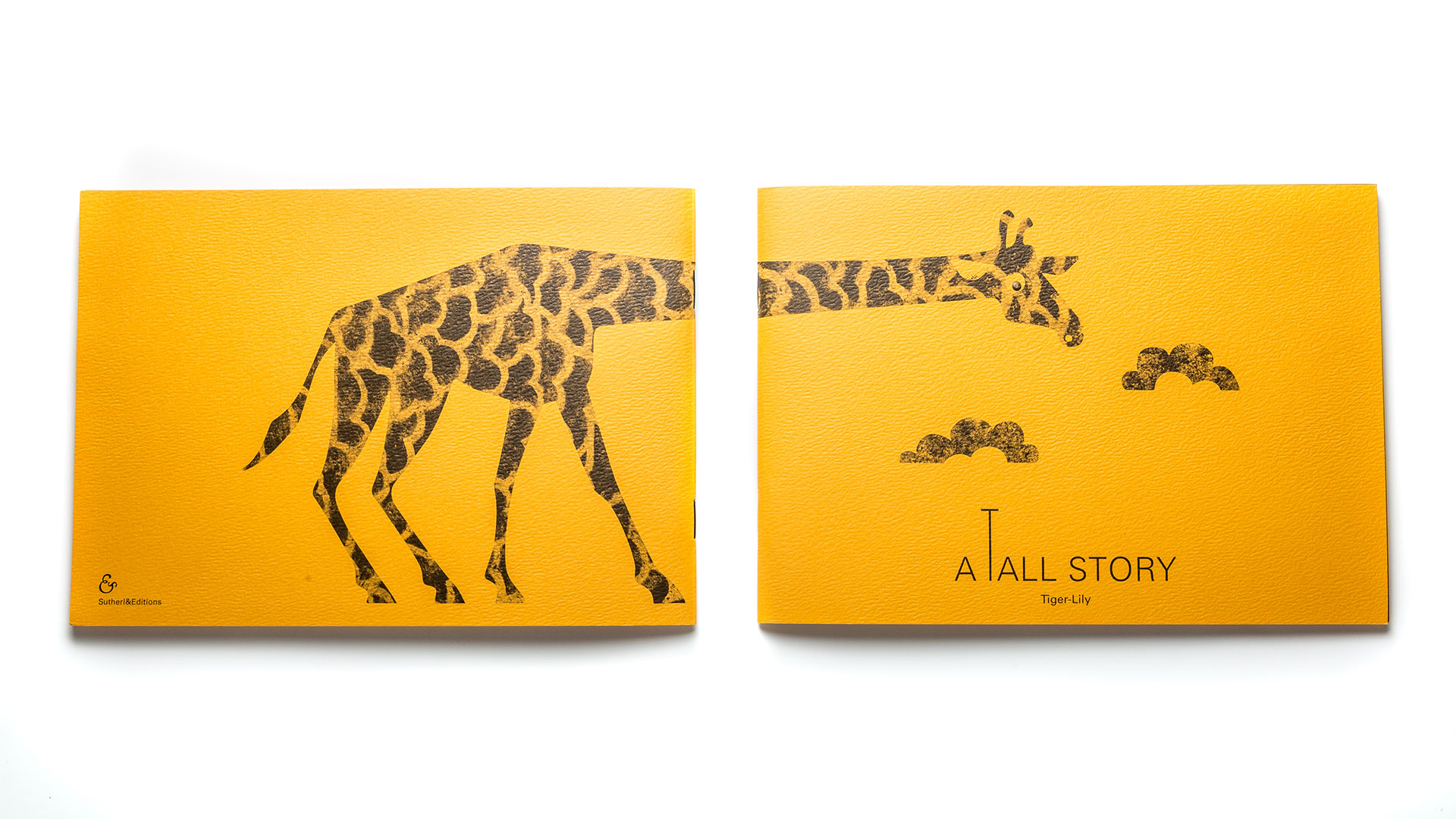 Tiger-Lily might’ve missed out on that opportunity, but her father saw another more intriguing one for this tale of a giraffe afflicted by a fear of heights. The printer approached Jim Sutherland of Studio Sutherl& and Jim’s wife, Rebecca, an illustrator, about potentially producing the story in book form.

Says Fenton, “I told my daughter ‘it will only work if it is good enough’ and that I would not divulge the [identity of the] writer until they said if they did or did not like it. They both loved it and could not believe a kid of that age penned it.” The book came together over the next few months, a close collaboration between Tiger-Lily, Rebecca and Jim.

When it came time to print the piece, Fenton found just what he was looking for in Fedrigoni’s Sirio paper line, with its Gialloro orange approximating the hue of a giraffe’s hide. Rebecca’s illustrations appear delightfully understated on the page, rendered with a gradient-sleight-of-hand that gives the impression of being produced using a series of rubber stamps rather than traditional offset printing. 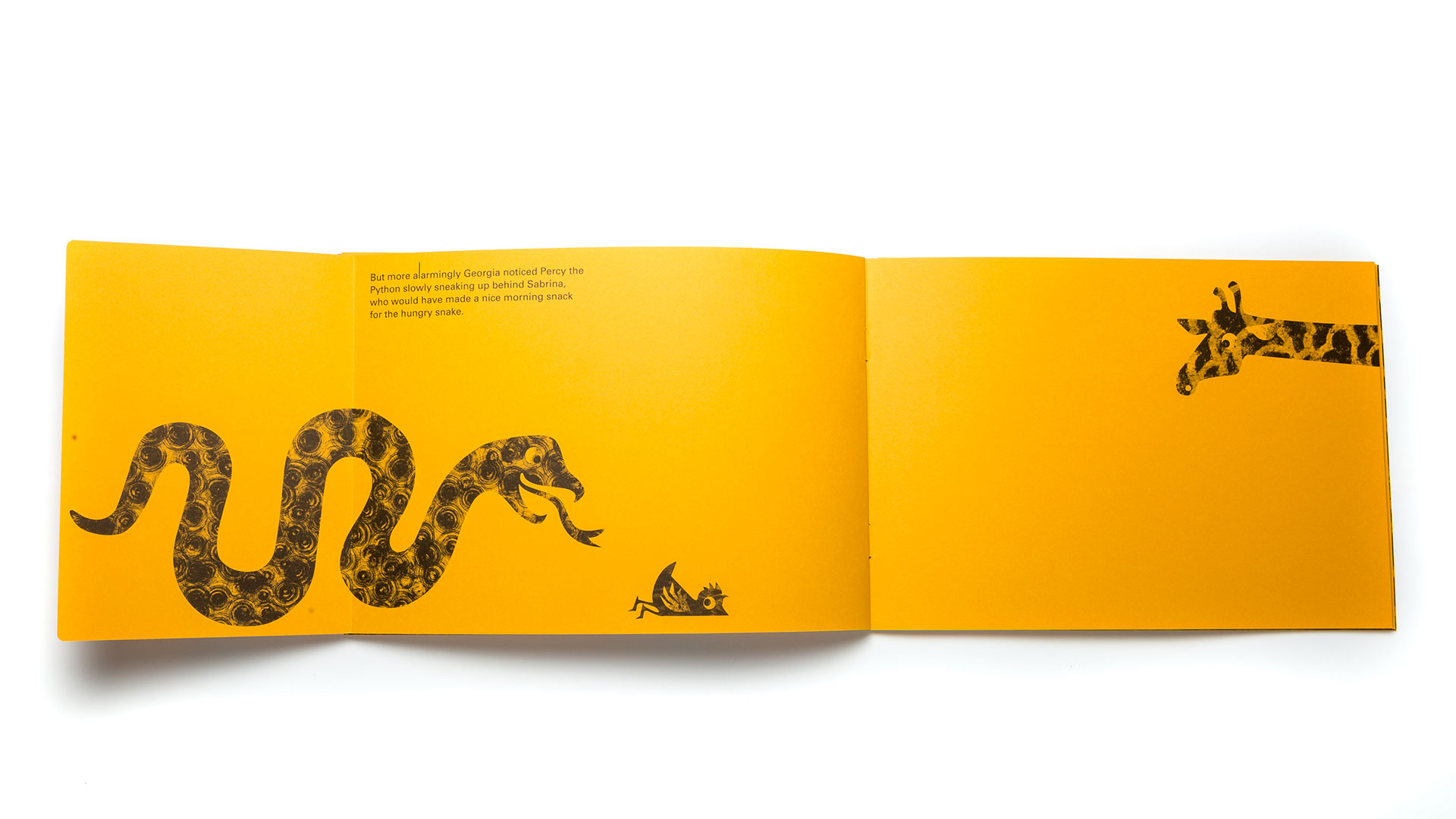 However, it is a bevy of clever folds that elevate this book to impressive heights, helping us share Georgia the Giraffe’s journey from fearing heights to finally allowing herself to hold her head tall and proud. That pride also gleams in Georgia’s eye on the cover of the book, which was clear iridescent foil-stamped and embossed; indeed the entire cover was texture embossed by Spinks Embossers.

“A Tall Story” was launched at Fedrigoni’s London offices last November. There, in front of a gathering of about 100 people, beloved British children’s book author and television presenter Dame Floella Benjamin “read the story to a gob-smacked crowd,” Fenton reports. Book sales at the event raised £590 (about $820) for British charity Anxiety UK.

“Becky the illustrator did a presentation about her work and how she had done the pictures for the book,” he recalls. “I then said a bit about the author and, at the last moment, introduced my daughter [as the author] – all were extremely surprised.”

Which is just how we like our children’s stories – with a happy ending. 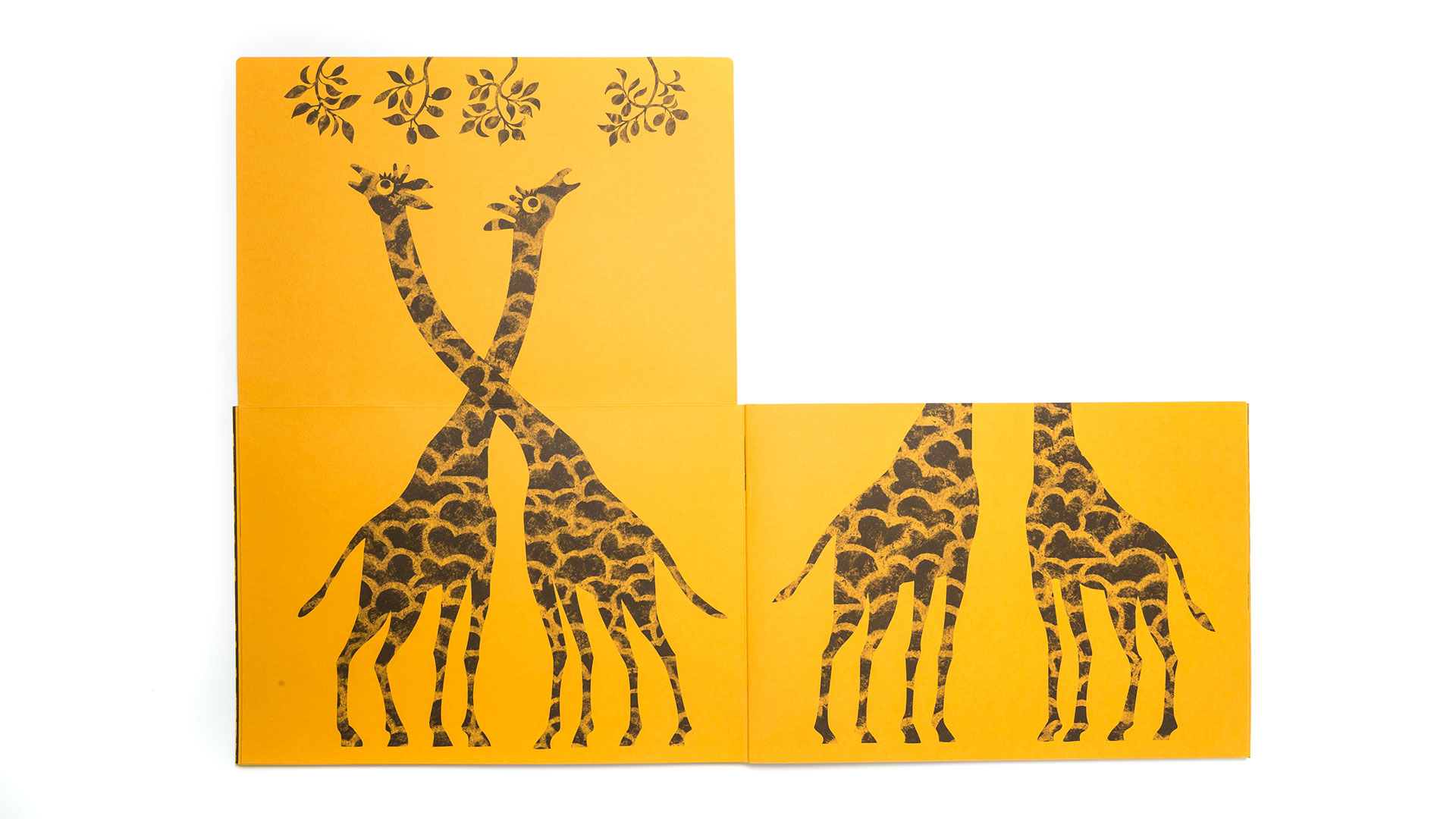 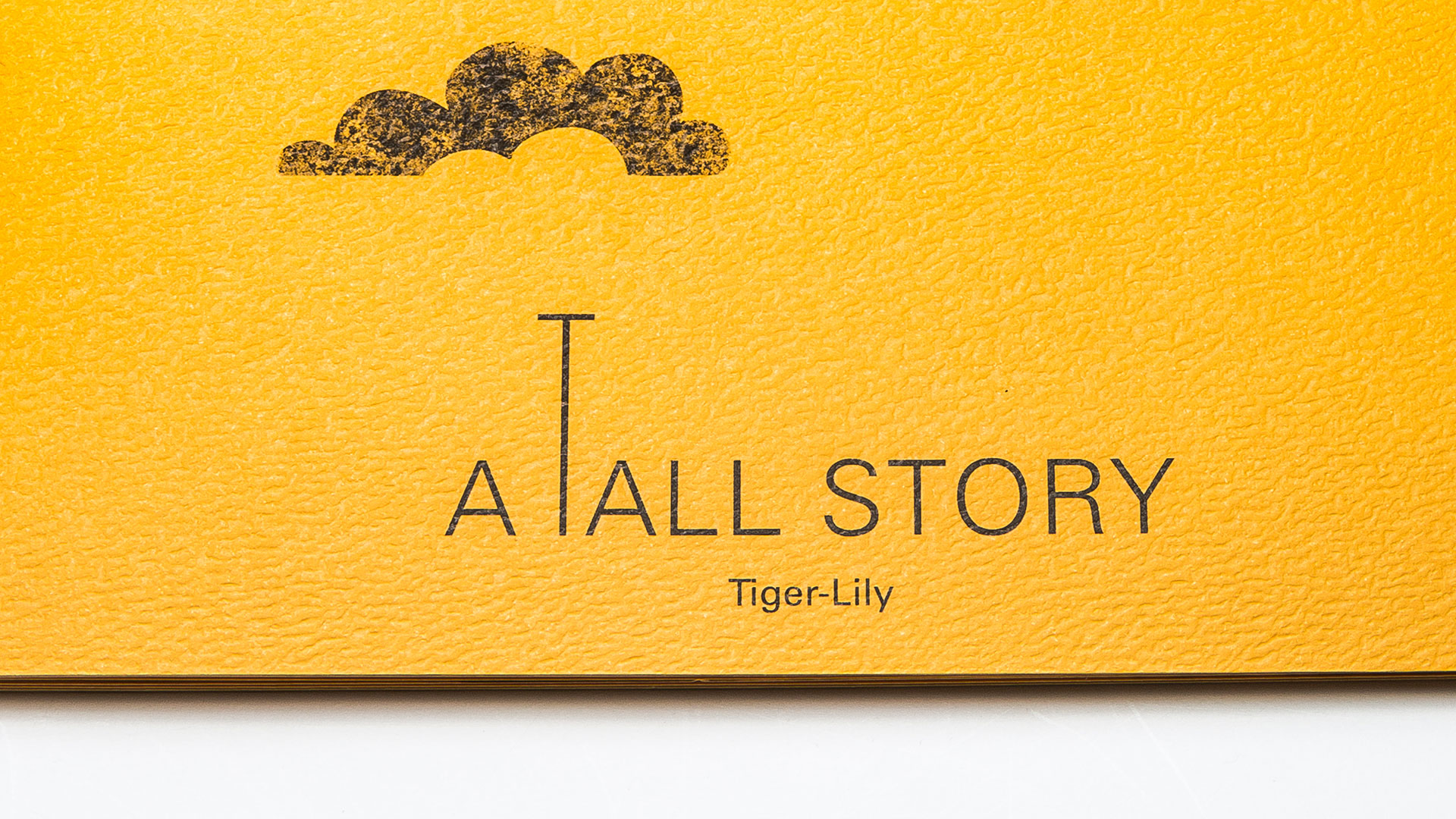 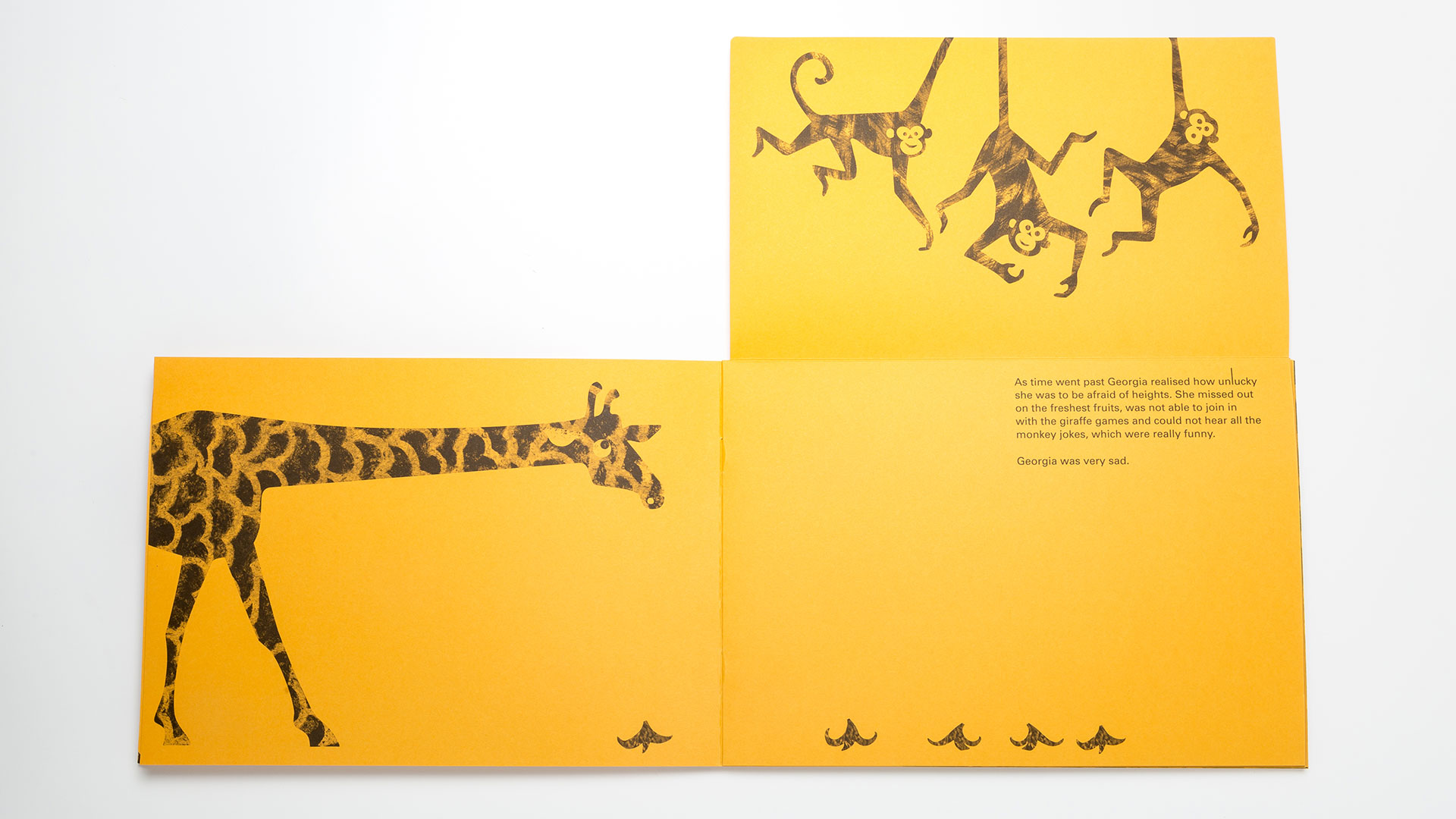 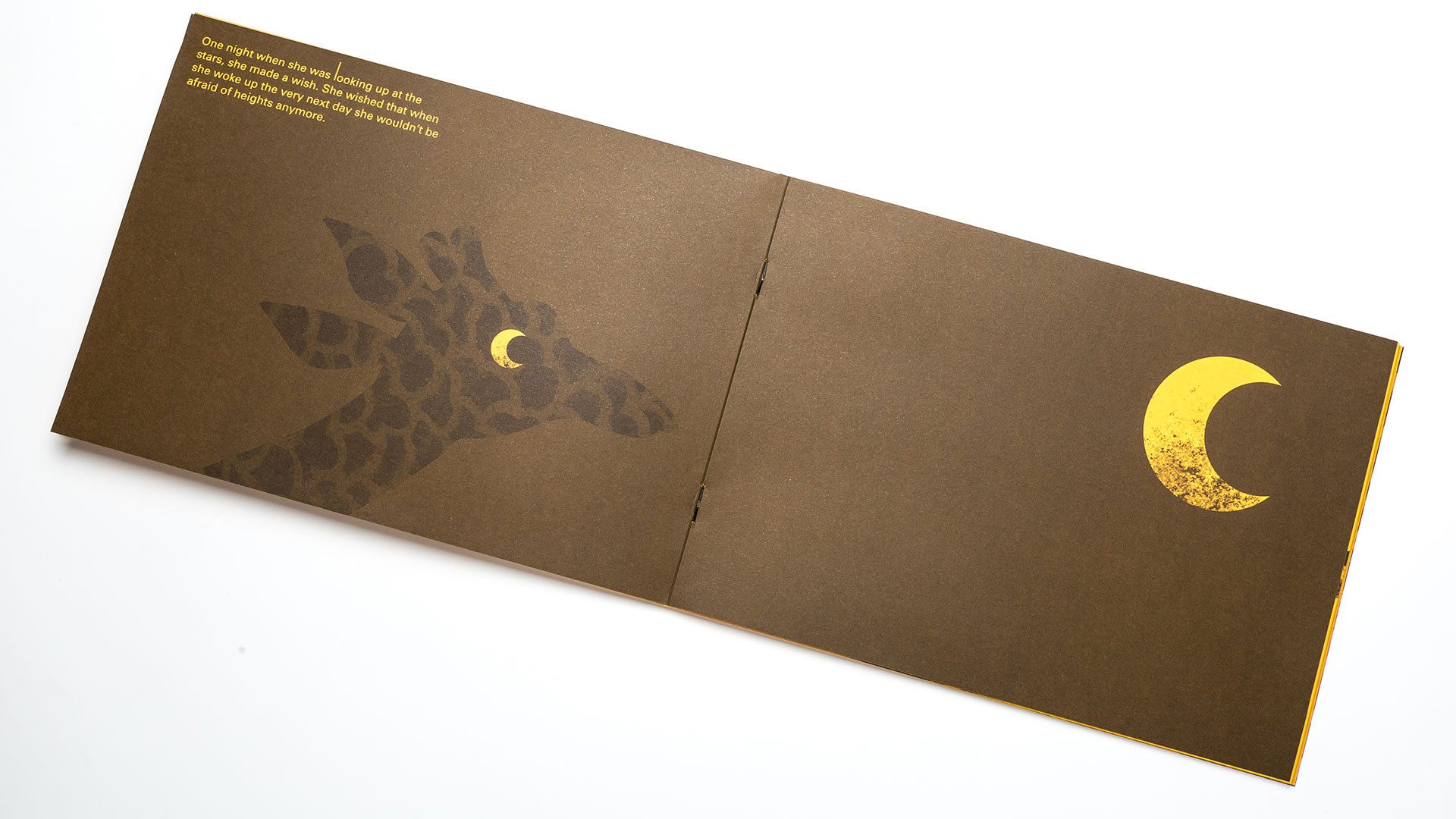