The tactile, eye-catching posters Rethink Communications came up with for Frogbox set out to make people rethink their moving supplies…and THAT sentence is the first and last predictable thing about them. That’s because they laser cut cardboard in such a way as to dramatize the material’s inherent weaknesses, creating minor works of art in the process. 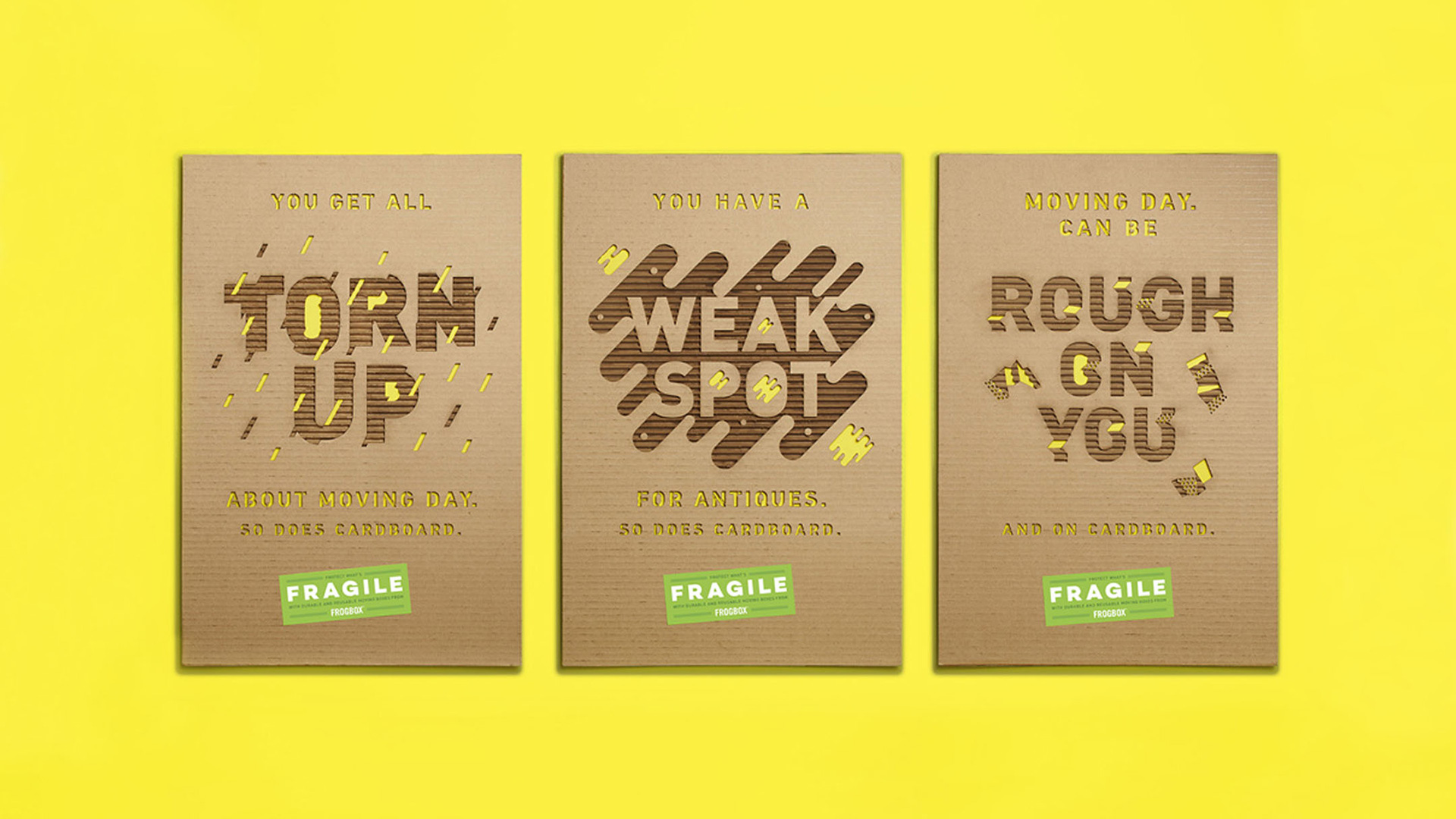 For those unfamiliar with Frogbox, it “is a reliable alternative to traditional moving boxes,” explains one of the posters’ designers, Pamela Rounis. “They rent durable plastic moving boxes that can withstand the elements and protect fragile belongings better than cardboard.”

For the posters, Rethink began with a single sheet of 2-ply cardboard, then proceeded to laser cut one of three phrases from the top layer, allowing the corrugated bottom layer to show through. The result is a stunning marquee effect, simultaneously reminding you of how easy it is for the material to be damaged, yet looking like a million bucks while doing so. In any other project, the cut out phrases above and below the main one would be highlights in and of themselves. 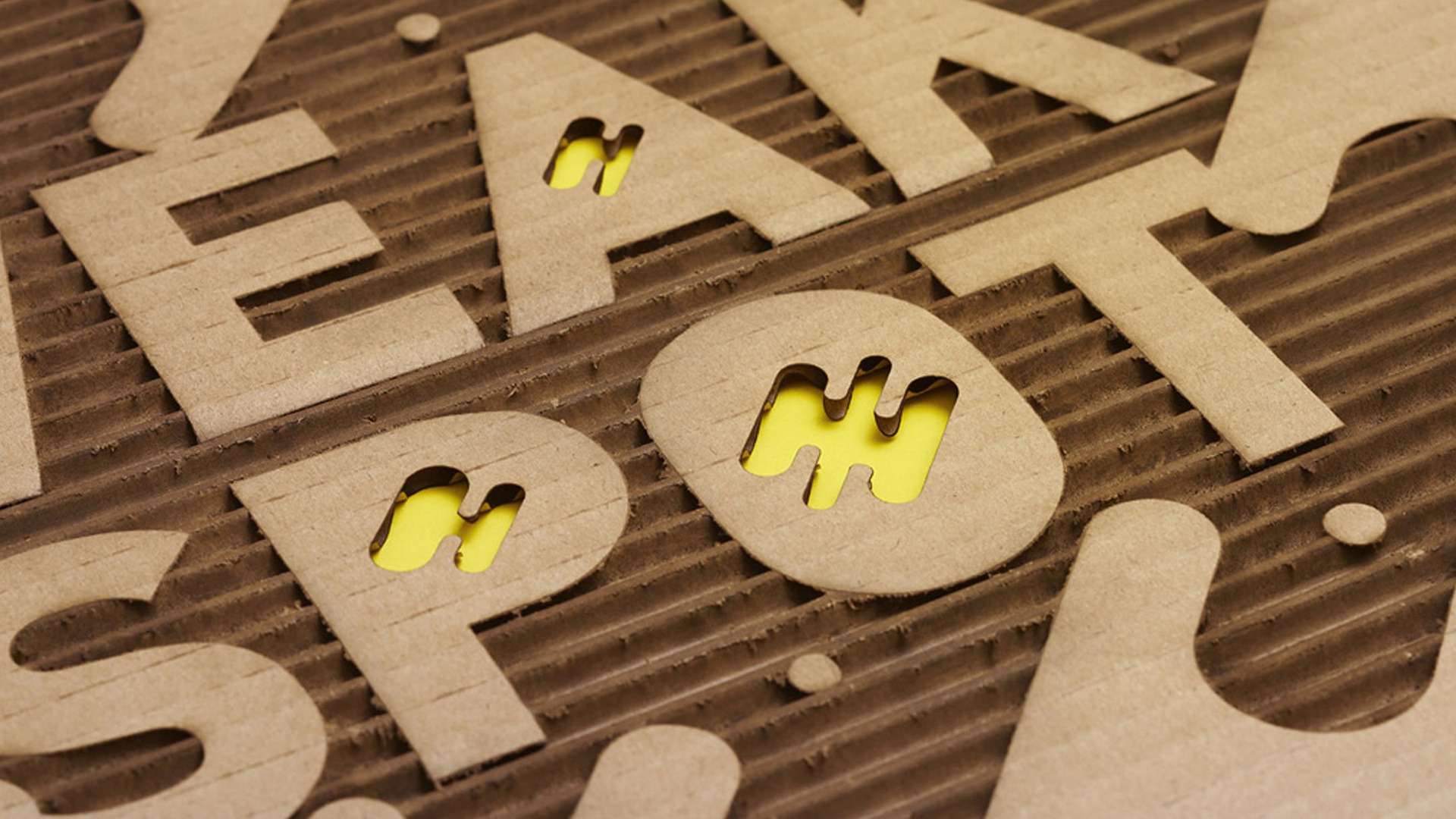 A green-and-white “Fragile” sticker affixed at a jaunty angle plays well with the eccentricity of the laser cuts. It reminds you of frogs, calls to mind memories of moving house, and also gives the whole piece just enough color to keep it from fading into the background. (The sticker reads: “Protect what’s FRAGILE with durable and reusable moving boxes from FROGBOX.”)

Considering the name of the company they’re promoting, we have to give Rethink Canada major props for eschewing predictably cutesy frog illustrations in favor of a look that’s as classic as it is evocative of the message it’s trying to deliver.

Thankfully, no frogs were harmed in the making of these posters; the same cannot be said of cardboard – and that’s a great thing! 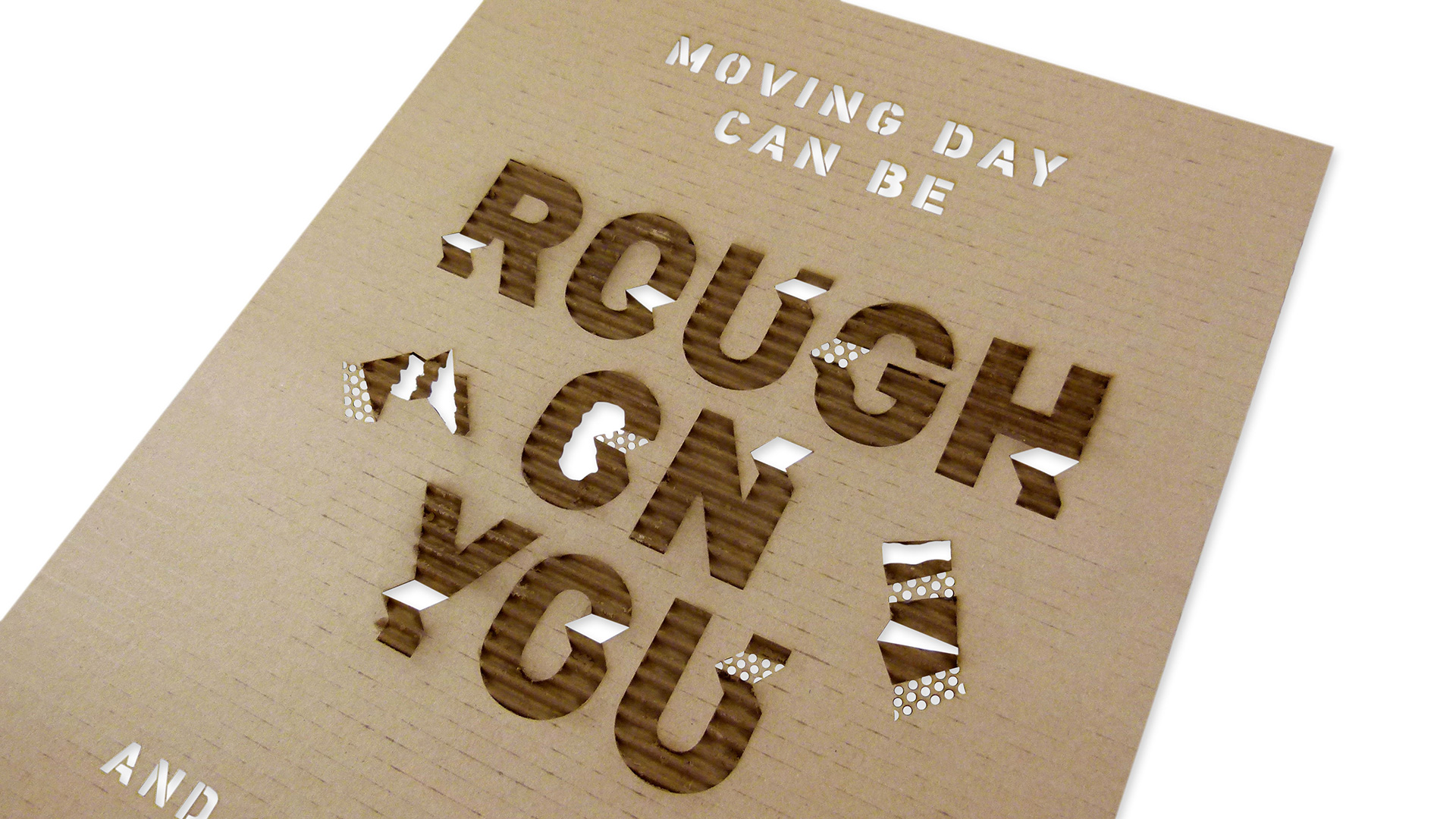 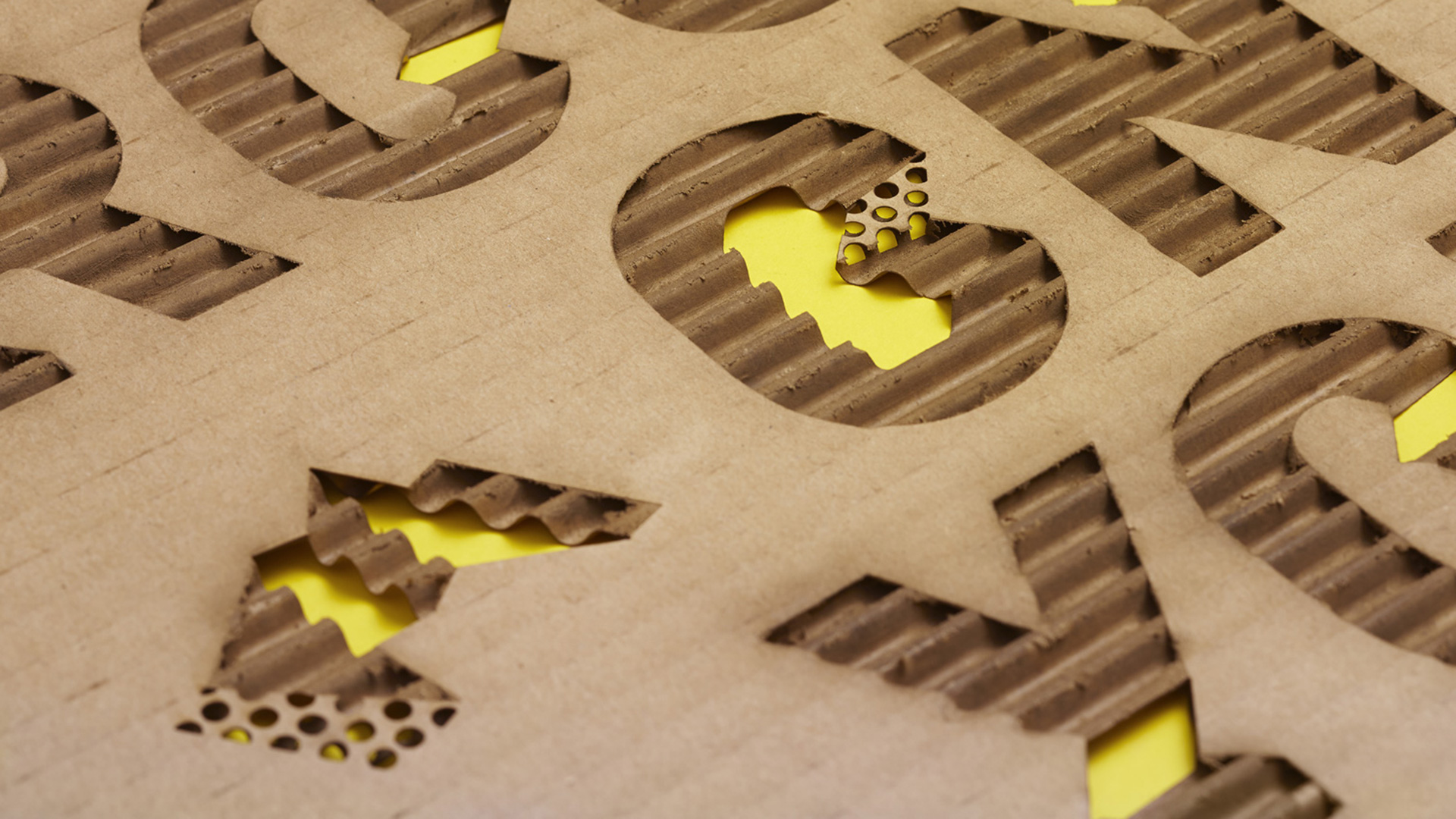 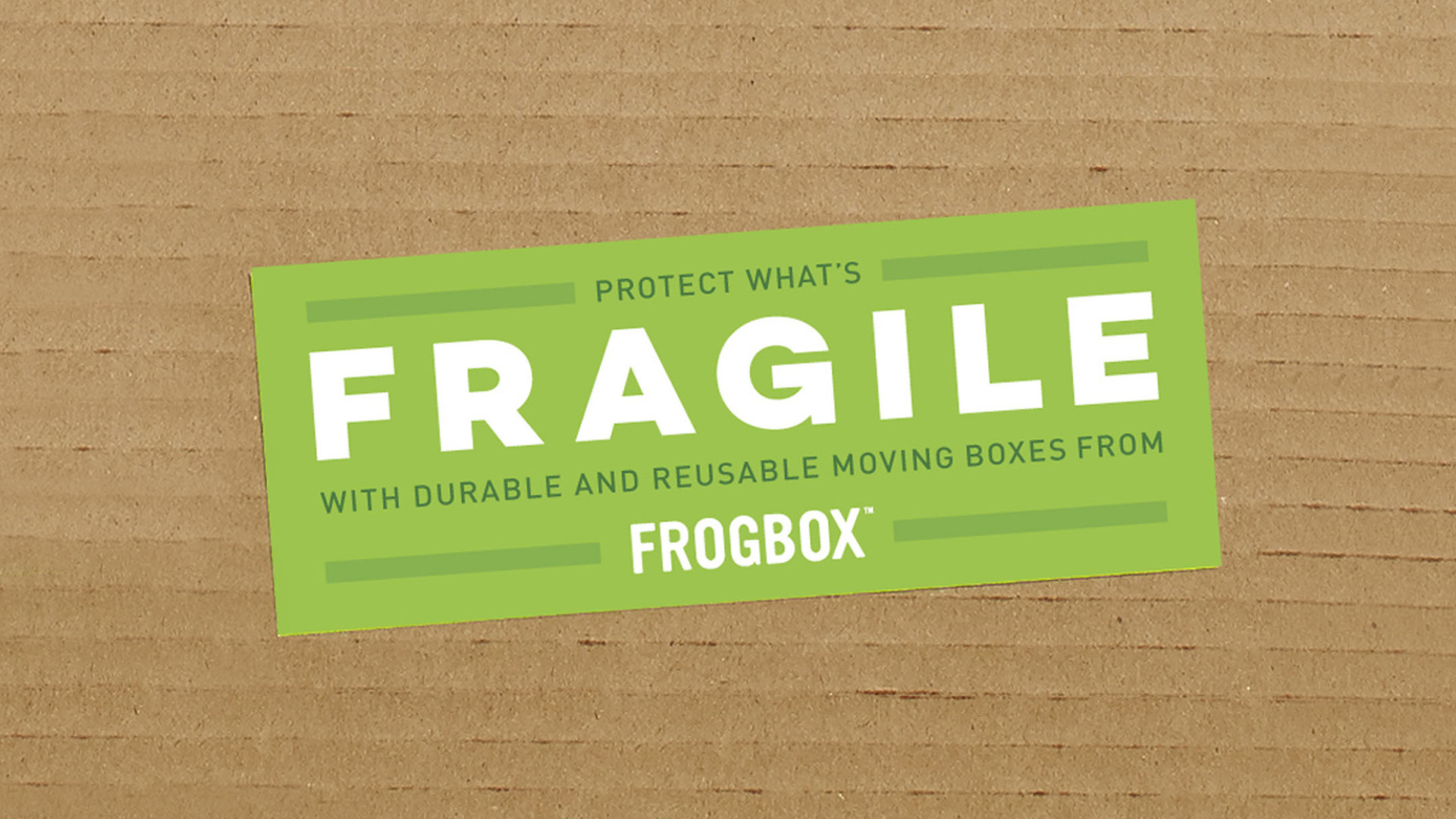 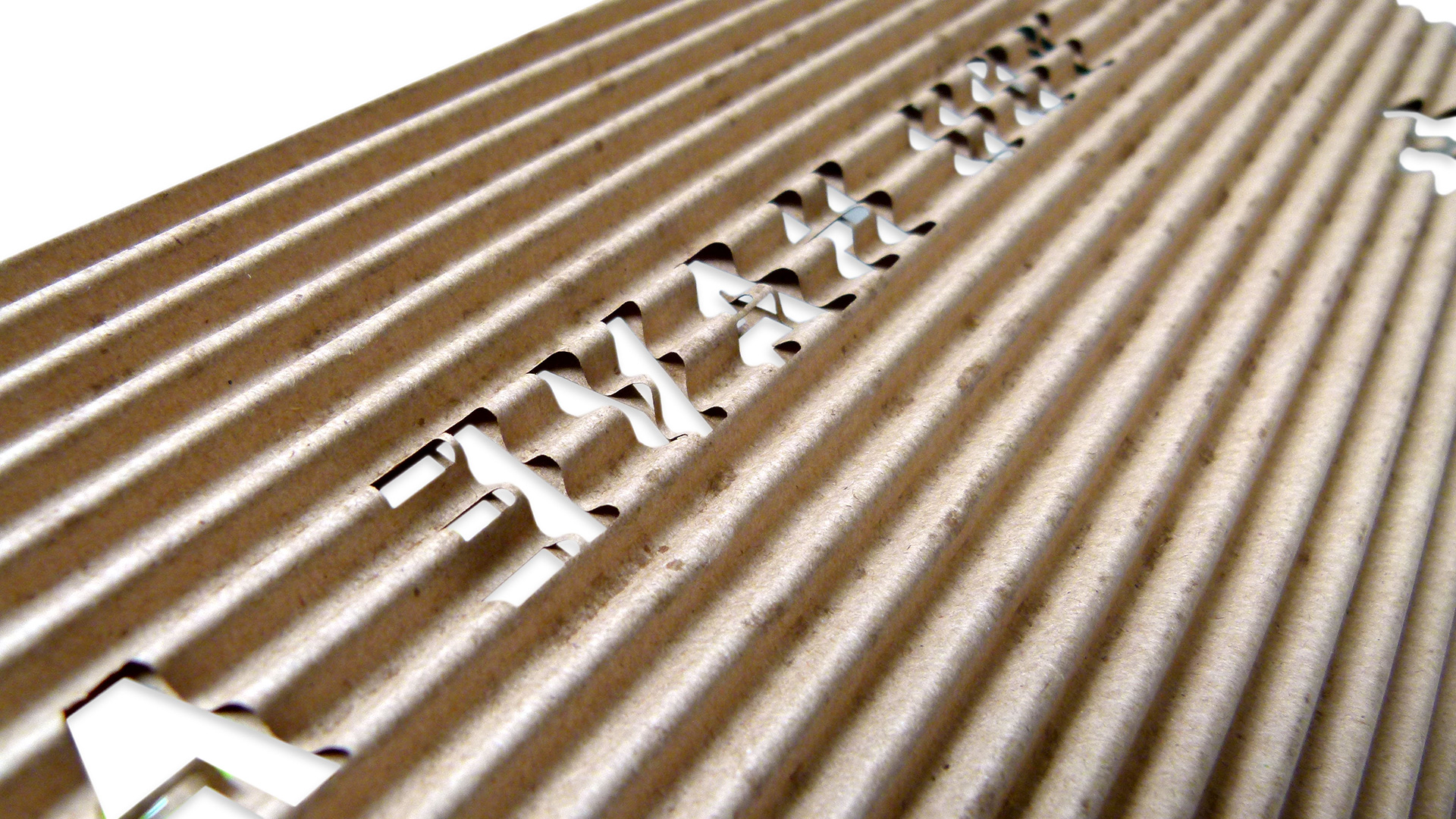