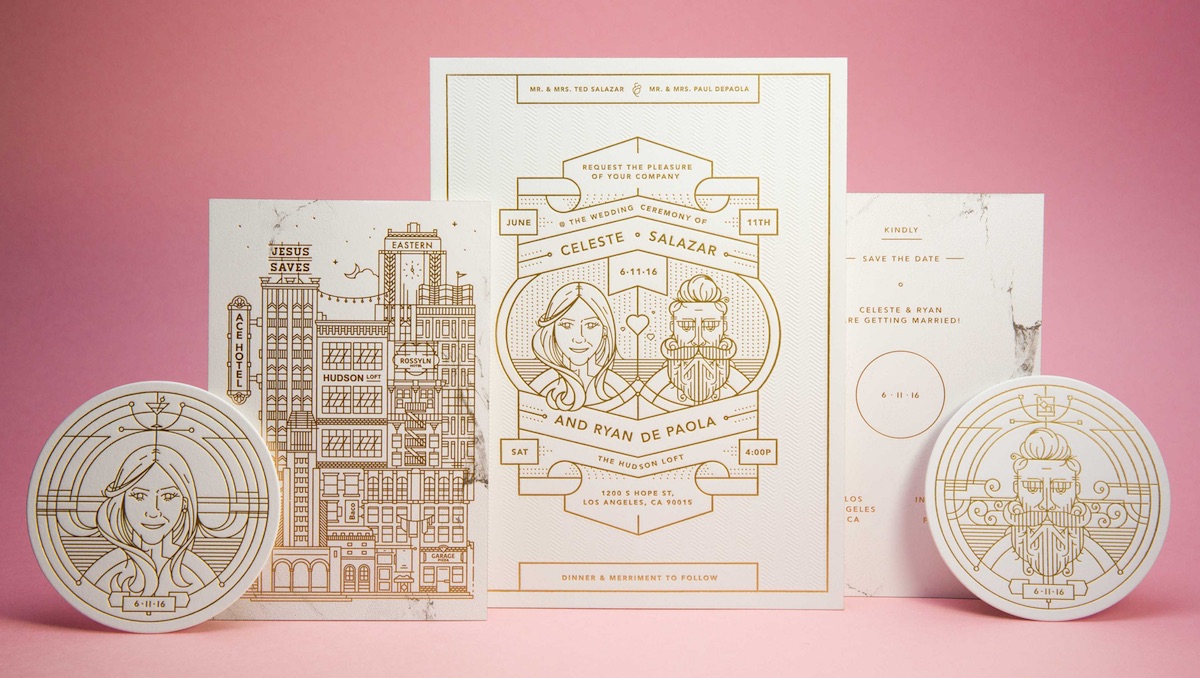 Even though we can’t help but think of cattle when we hear the phrase, branding is becoming ever more important in a world where nearly everybody has access to a global megaphone. This week, we adore a designer’s handmade self-promo piece, find ourselves stunned by a wedding invitation suite that boasts five different processes, and roll our eyes at attempts to rebrand the IRS. (You can find previous Cool Designs of the Week right here.)

Sometimes it’s best to let the creator of something wonderful simply explain what they did, as Stefanie Brückler does on her website:

“Having travelled for some time, gaining new experiences and meeting inspiring people, I decided to capture these memories in a book and express my thoughts in a typographical way. My aim was to give each memory its own space and therefore created a lettering piece for each chapter. The book consists of 25 cut-out lettering pieces and a bunch of photos. Since every single lettering piece was cut out by hand, I chose to make a coptic binding to make the book more personal.”

The result is something that beautifully balances the humanity of something handcrafted with the impact of something made by a designer who knows her typography. (And for the record, here is a whole host of other binding methods that Stefanie might’ve taken advantage of.) 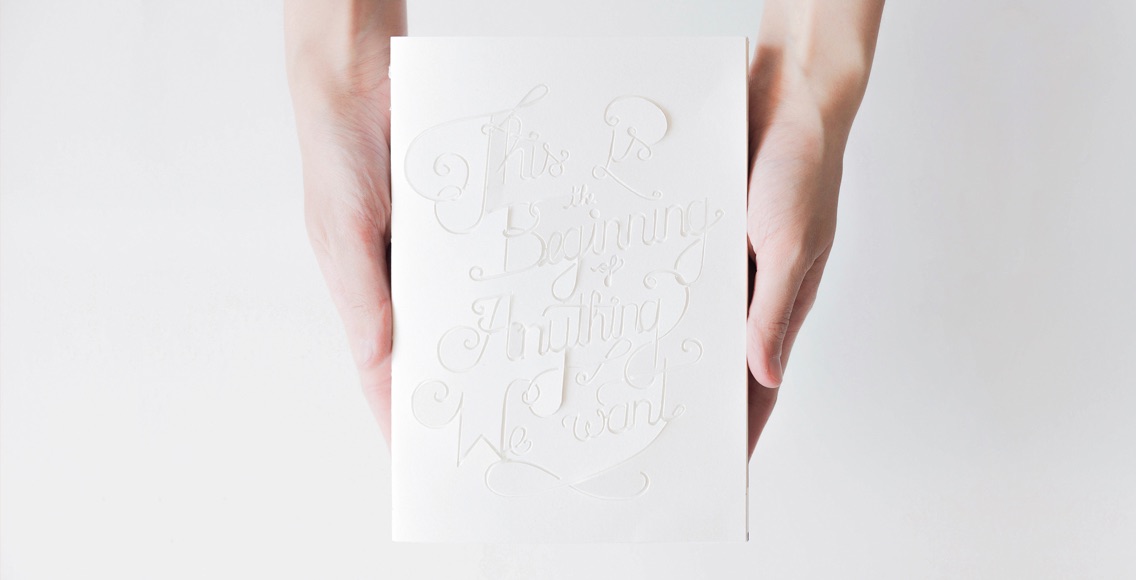 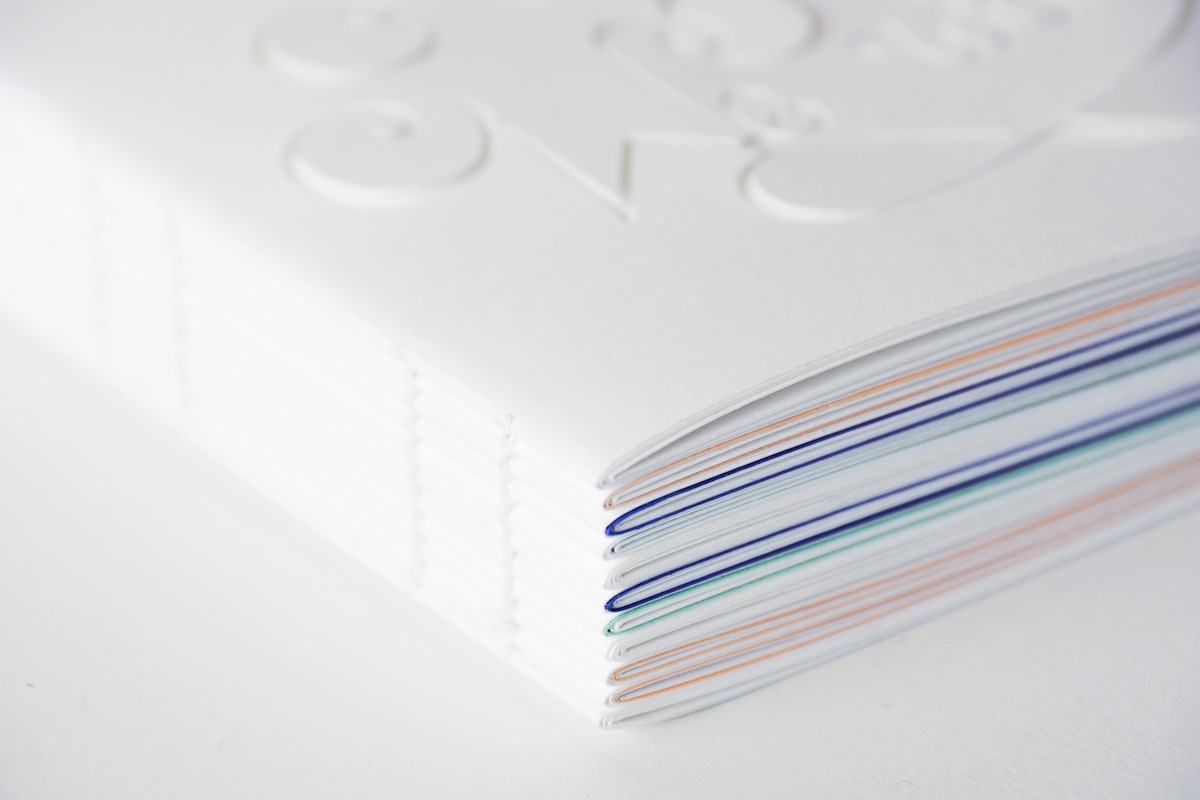 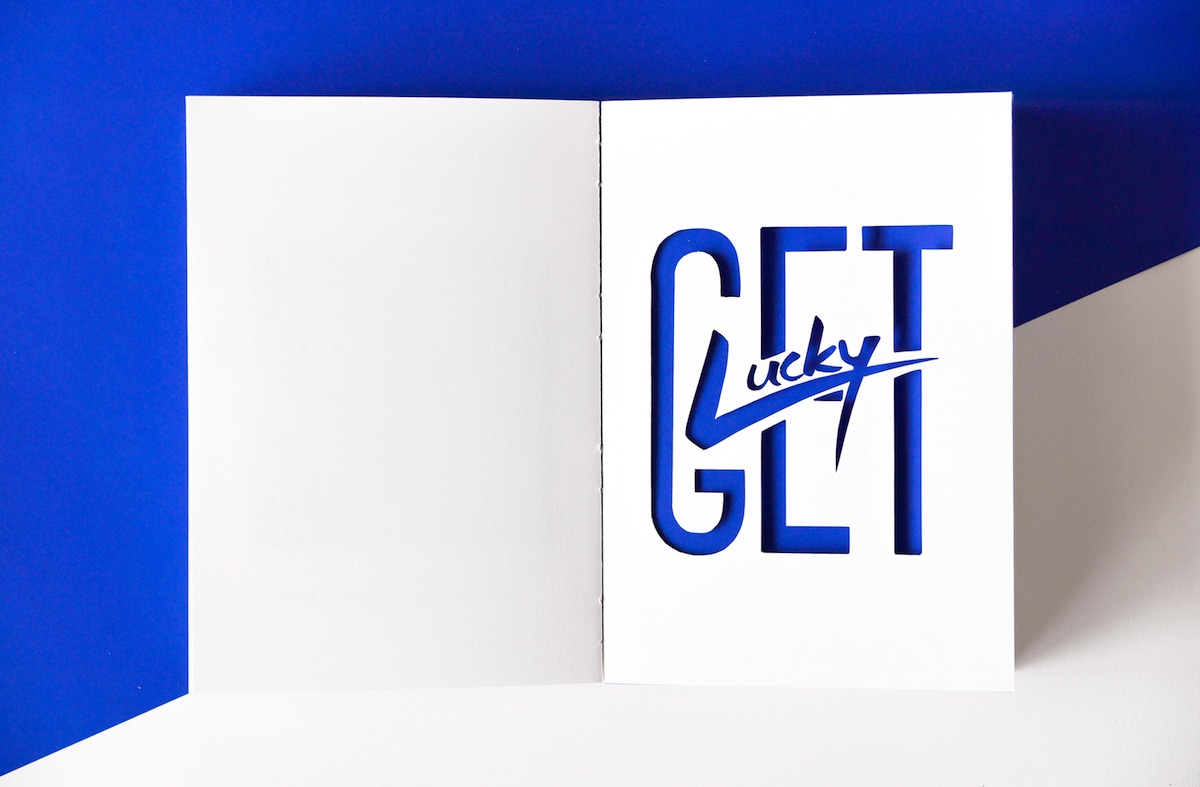 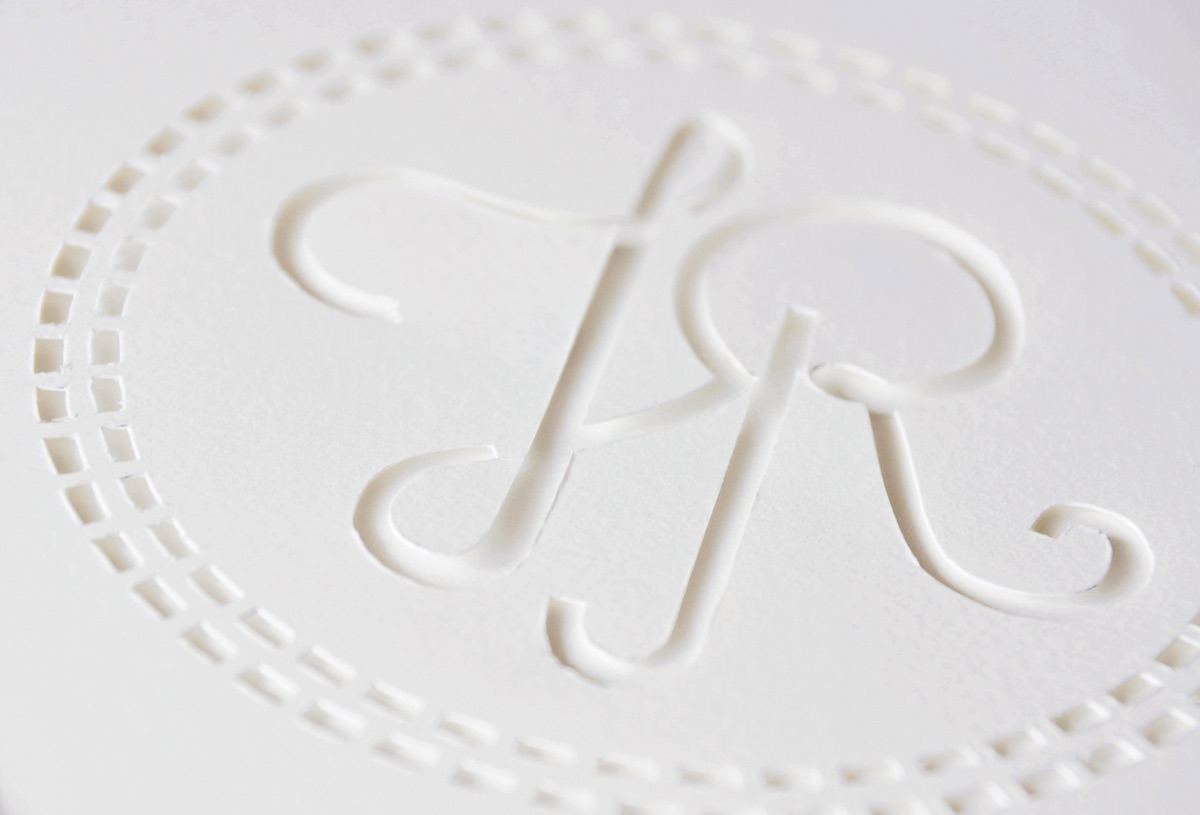 When designers tie the knot, there’s always a little bit of extra pressure when it comes to the invitations and other print items involved. Ryan DePaola (aka Ryan Hunter) did a stunning job on these gorgeous, gorgeous pieces. As he told Mama’s Sauce (who printed them):

“I was living and working in downtown LA when I met my fiancé. The save the date shows the buildings that we have memories with, our first date, where we would grab that 1:00 am slice of pizza. The invitations are an homage to the city itself with the copper and line work taken from the buildings themselves. Representing that once regal era of more elegant times that we hope will return.”

That marble effect is a 2-color marble silk screen with copper foil embossing. This is in addition to letterpress printing, duplexing and edge painting for the various items in the suite. While the building illustration is fantastic, we really have to express some love for those coasters that get us right where we live. In fact, there’s not an item in this package you wouldn’t want to hang on your wall! 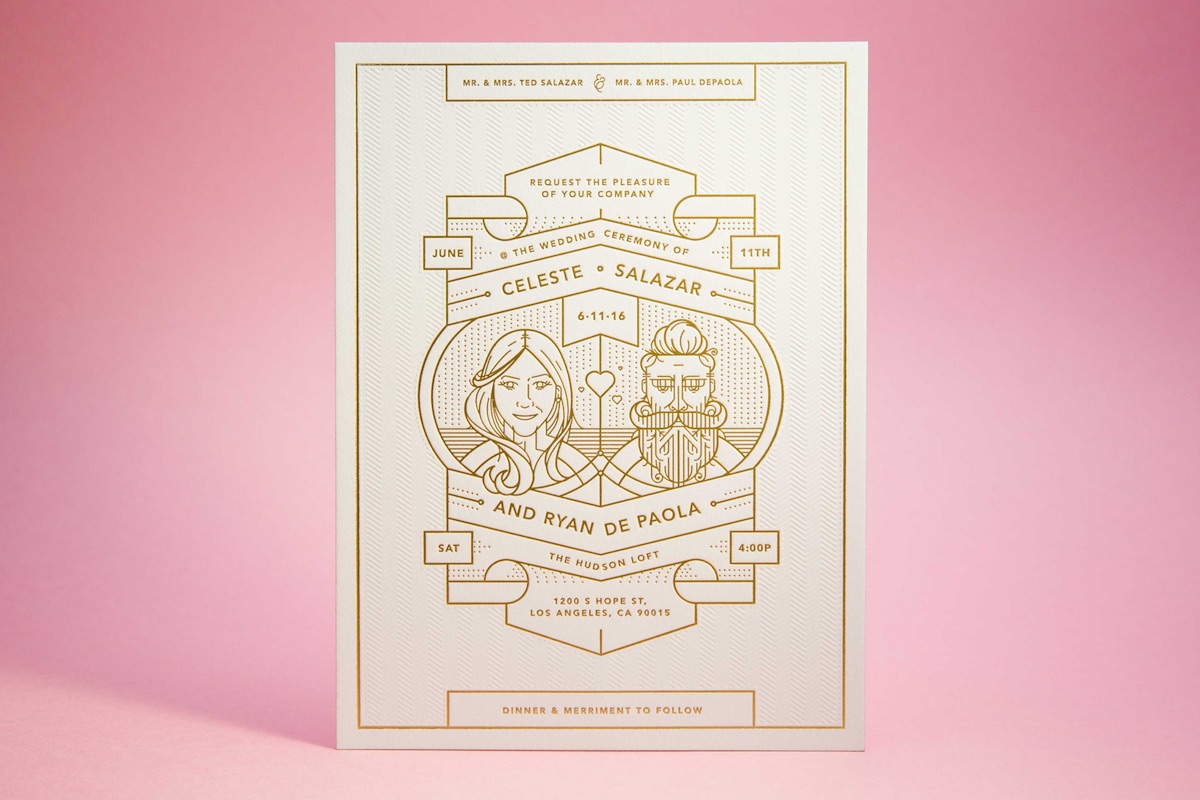 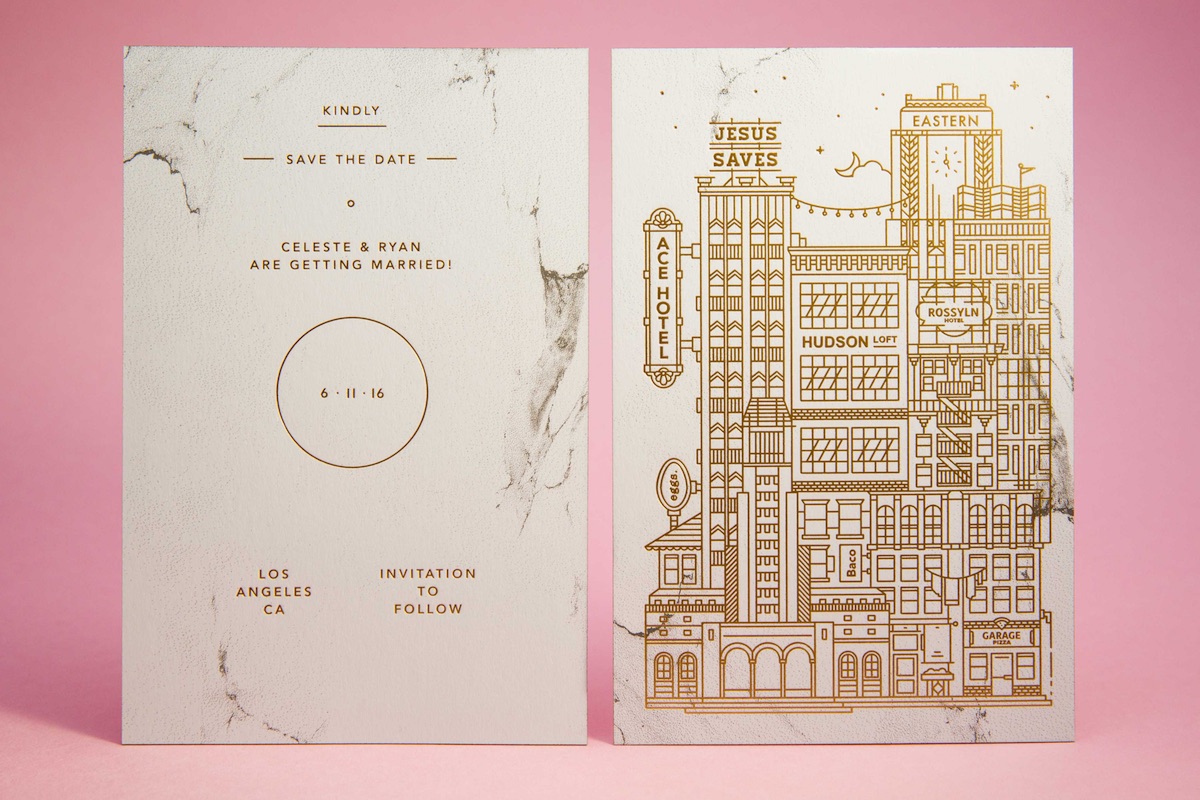 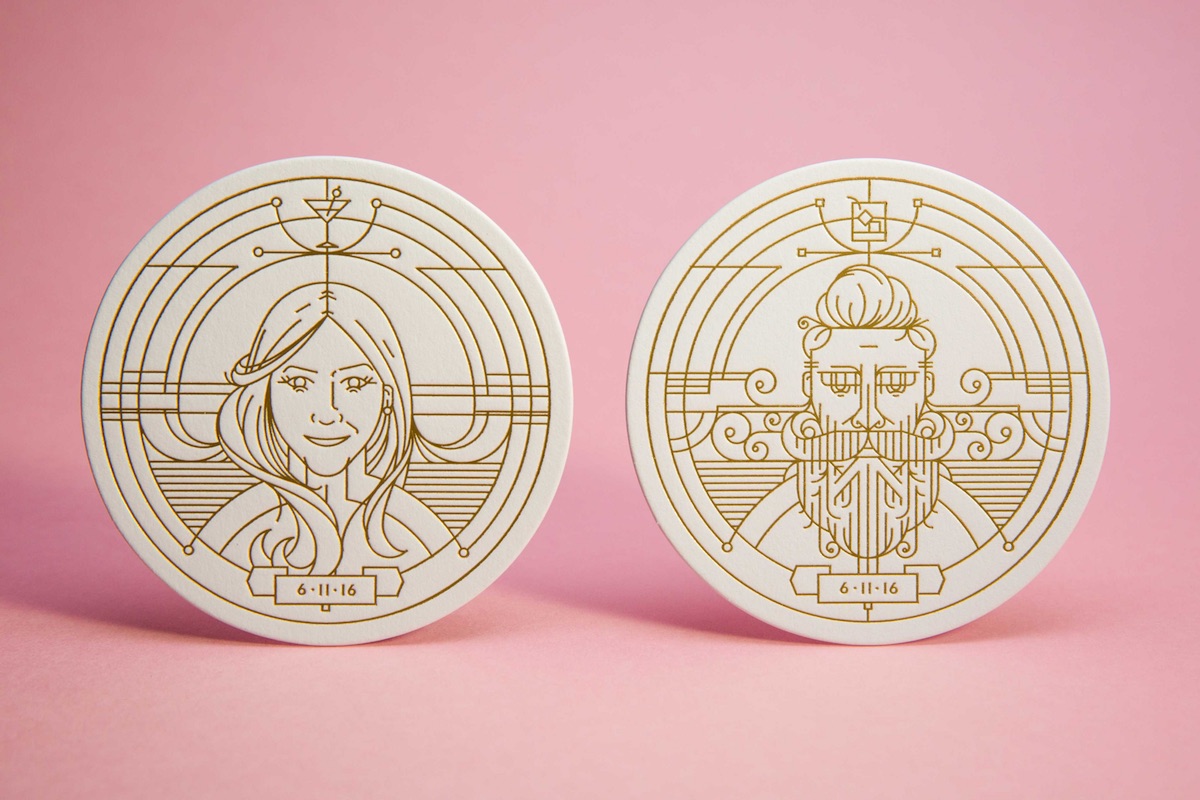 As we lick our financial wounds this month, Bloomberg challenged three design firms to polish the image of the Internal Revenue Service, with predictably cringeworthy results. To be fair, it’s hard to imagine what it would take to soften people’s hearts toward the agency that picks their pocket each April, even more so during an already contentious election year.

Base Design’s subway posters seem to be picking a fight by trumpeting that it is “Fueling Education in America” and “Fueling America’s Space Program,” two line items that are barely an afterthought when it comes to doling out cash: 3%, and less than 2%, respectively. (And then there are those graphics…) Chermayeff & Geismar & Haviv sort of phoned it in with a halfhearted heart approach. Meanwhile, Siegel+Gale’s IRS logos are all slightly sinister for different reasons. (The one judged “friendlier” than the current one, for example, unhelpfully suggests parallels with Ancient Rome that the country has spent a good decade trying to discourage.) Probably the greatest innovation here is S+G’s envisioning of a program that would allow people to pay part of their taxes through volunteering their time to nonprofits. 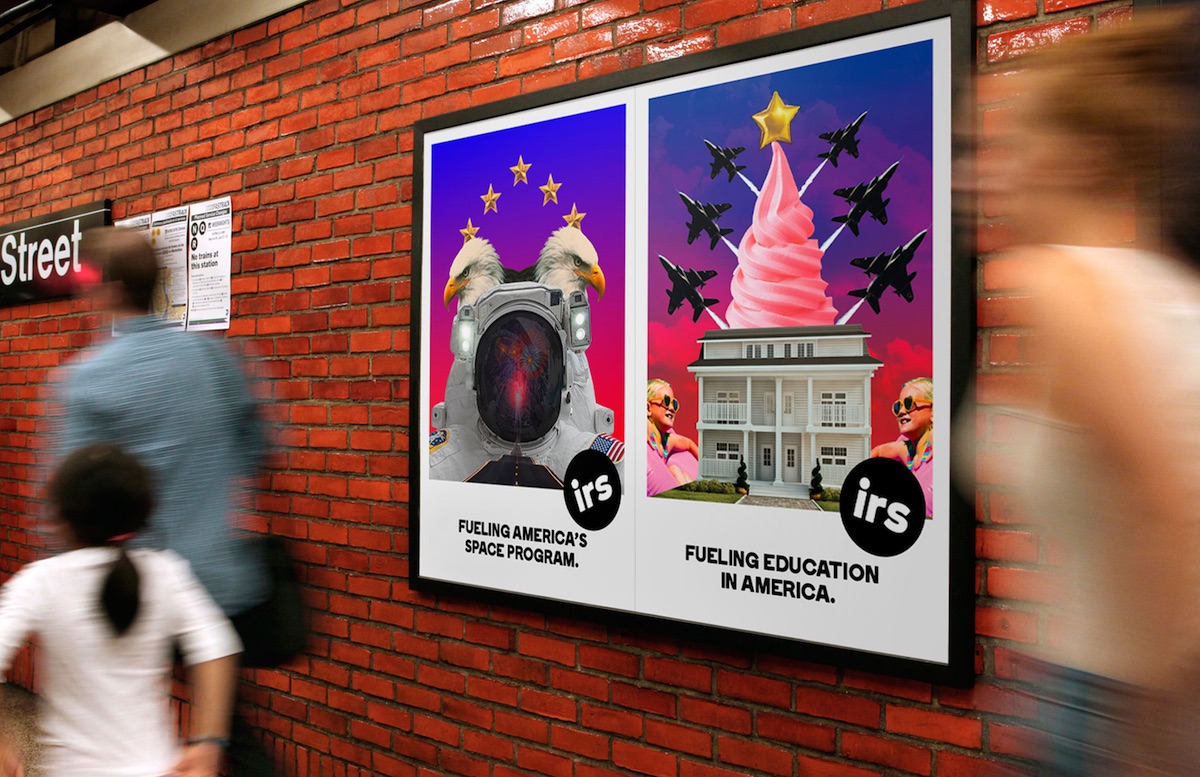 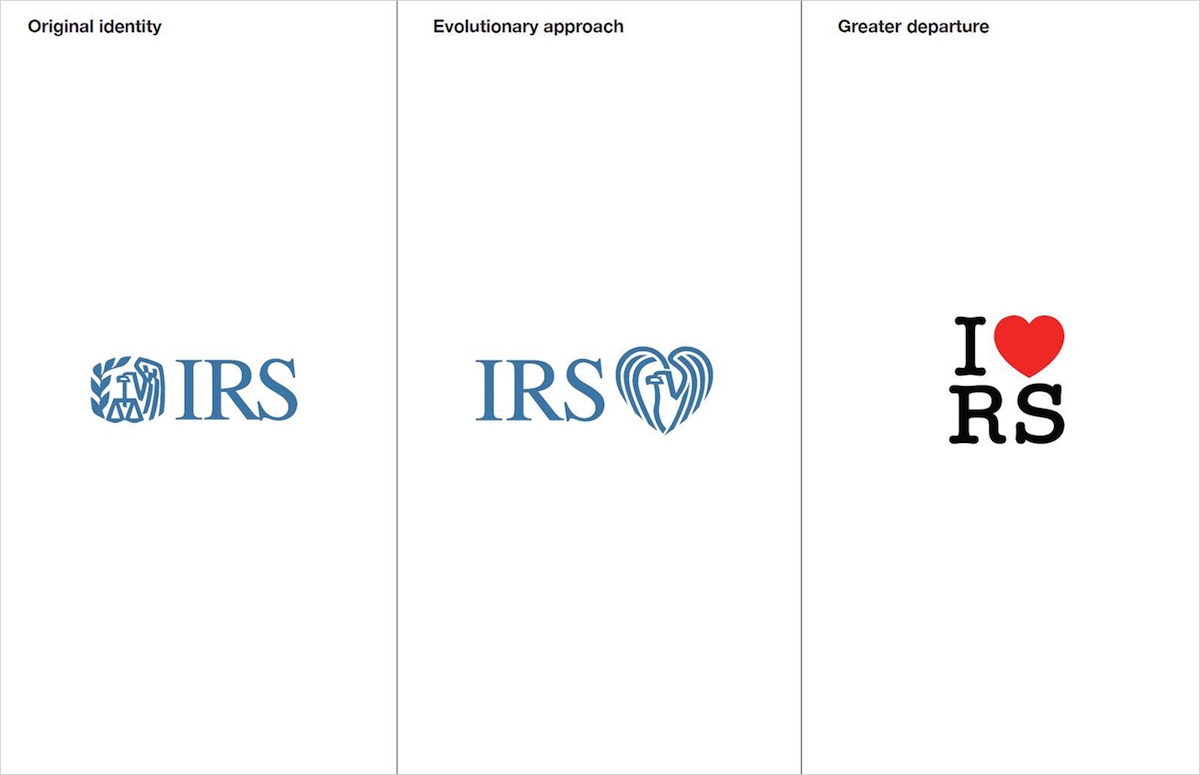