One of the interesting production aspects of the book was that the text block was designed smaller (in height) than the cover itself; this took a series of testing and adaptations within the printing process in order for the cover and text block to be properly brought together.

Somewhere in Sao Paulo, Brazil, Gustavo Piqueira is quietly dancing on the edge. “Seu Azul” (“Blue Sky”), the latest book by the head of design studio Casa Rex, seeks to playfully dish the dirt on that nation’s eccentric culture. And wouldn’t you know it, this one actually leaves some of that dirt (well, sand) clinging to your fingers. 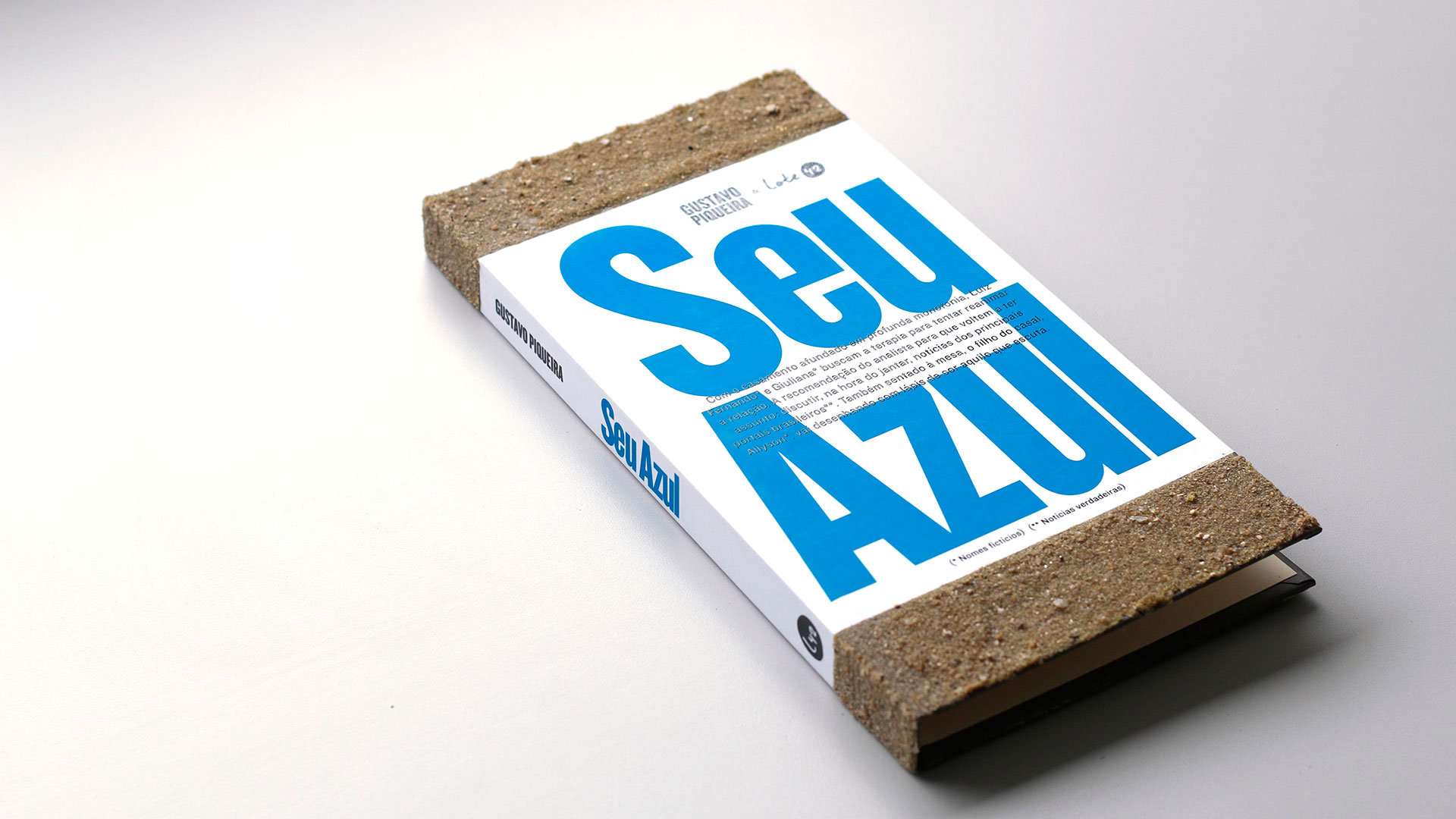 The setup: A fictional couple attempts to break free of their stultifying daily life by debating some very real news headlines gleaned from Brazil’s online news networks. This being Brazil, those headlines are of the “Batman’s tips to achieve success” and “Multi-millionaire seeks couple for a trip to Mars” variety.

“As there is no narrator to describe the action of the characters, a series of graphic interventions are used,” explains Piqueira, “like the superimposition of the dialogues to indicate arguing, and the subtraction of the space in between the letters when a character is drunk — creating a parallel visual narrative that draws the reader closer to the scenes.”

And then there are the sketches. 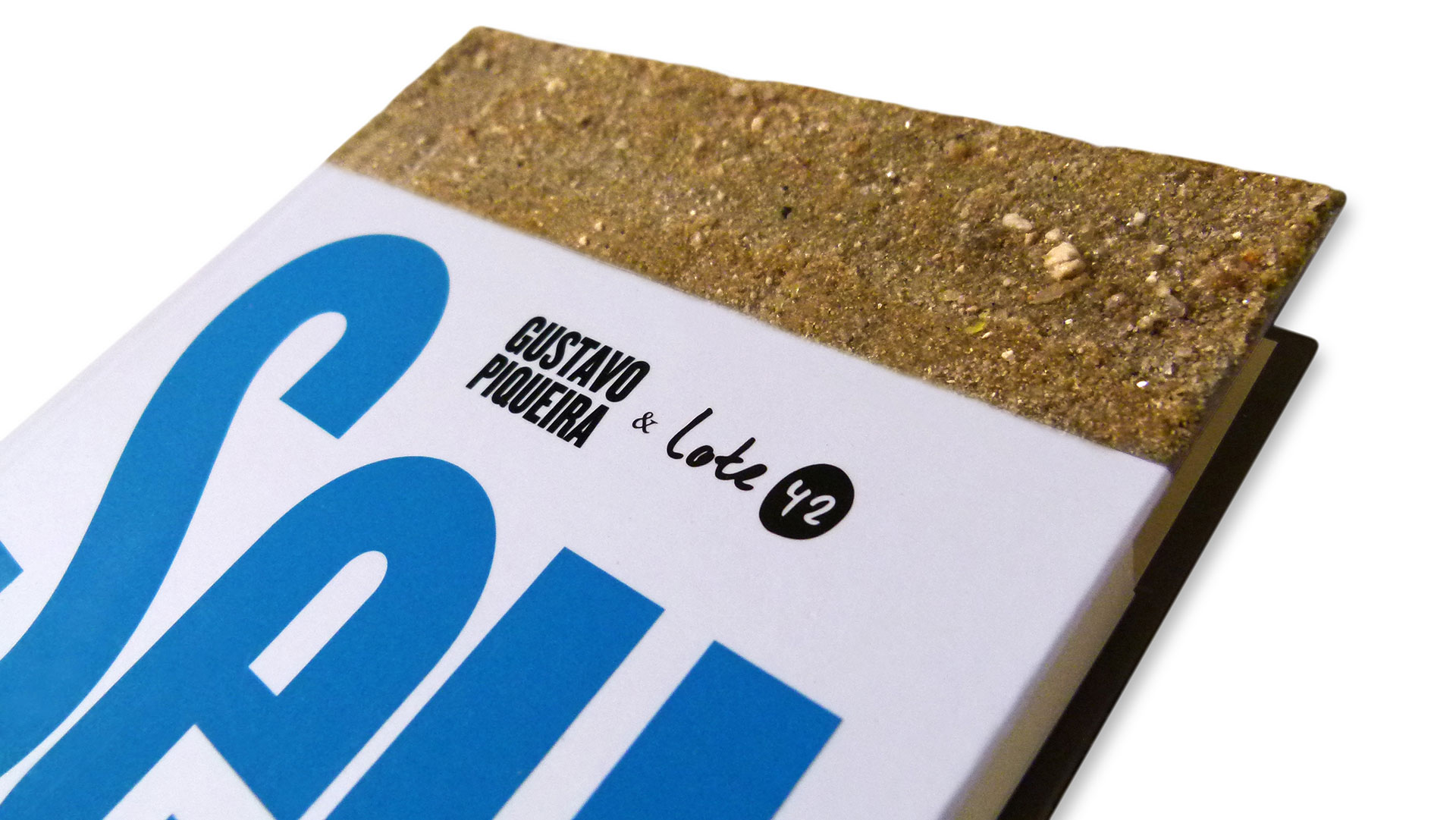 Says Piqueira, “At the end of each chapter, we also find illustrations from the couple’s son [sic], Allyson; images that – at times disturbing – remind the reader of the uneasiness caused by the parents’ arguments.”

But we’ve danced around this volume’s pièce de résistance long enough: the sand.

“All 1,000 copies were covered with it, glued with adhesive silicone, in a manual process done by our own team of designers,” he says. “With that, a little sand may fall purposely into the reader’s hand — a metaphor of the dirt and feeling of unease that arises from the book’s narrative.”

All that we ask is that you wipe the metaphor from your hands before handling anything else in the PaperSpecs Gallery, please. 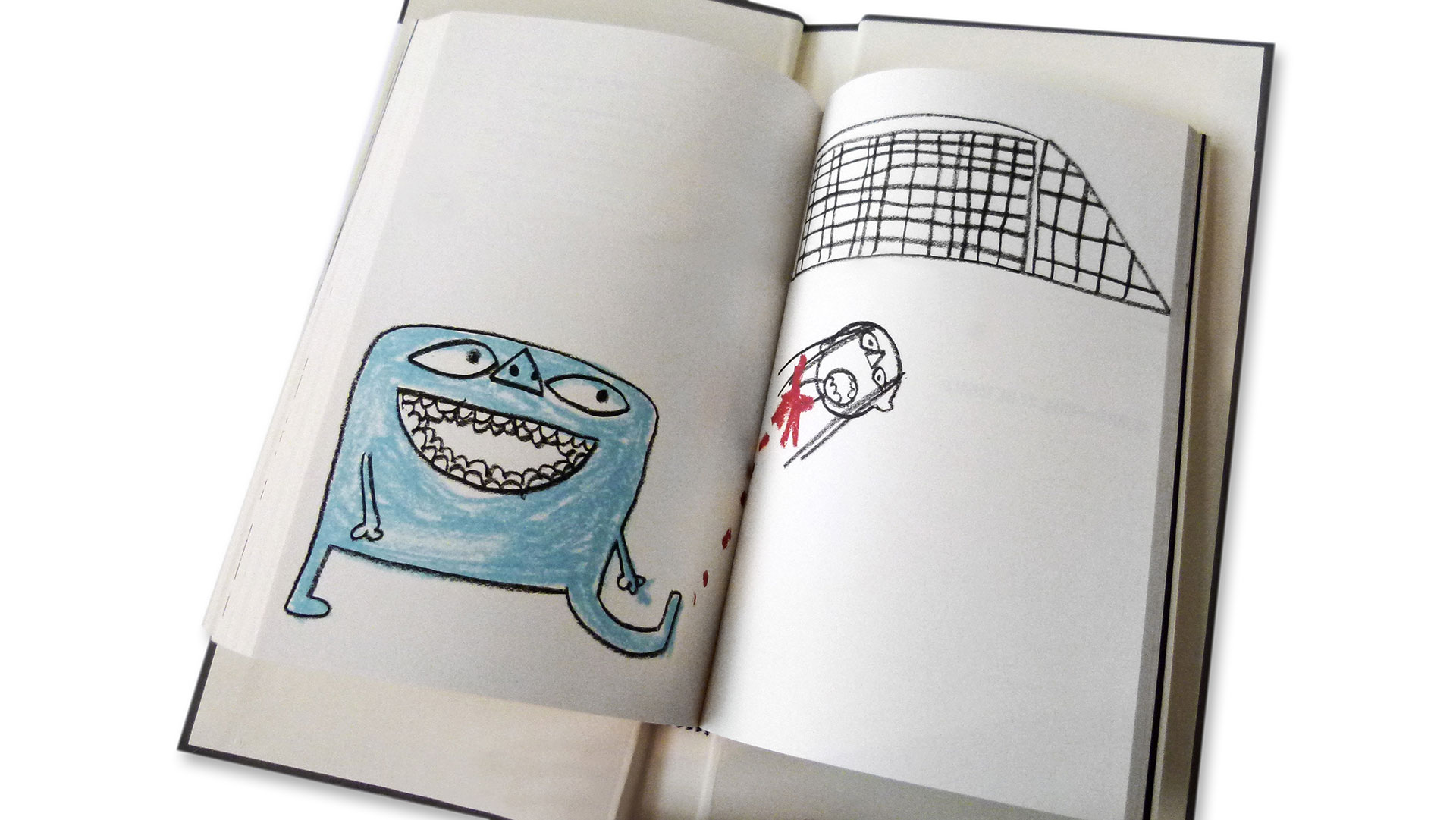 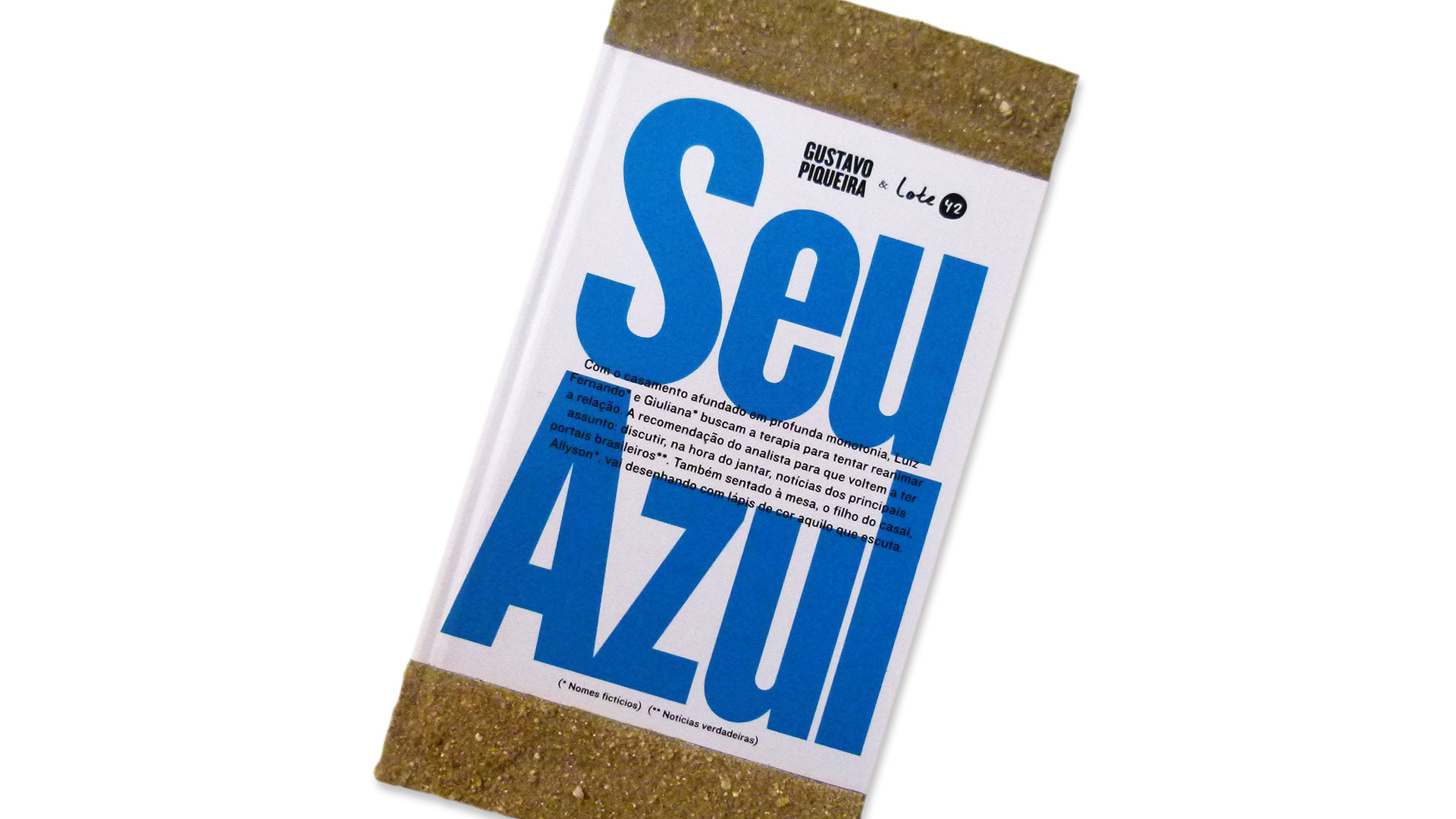 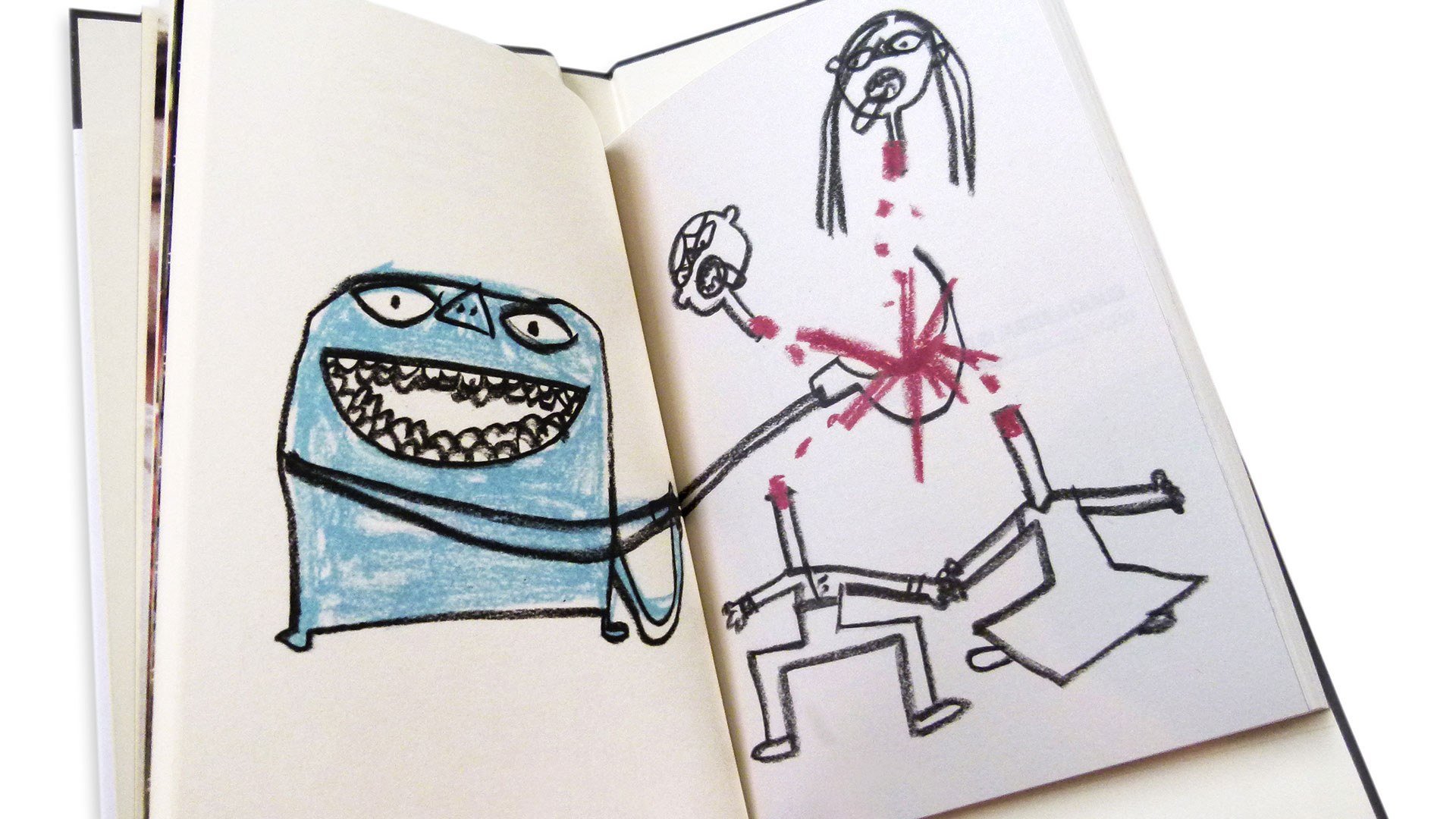 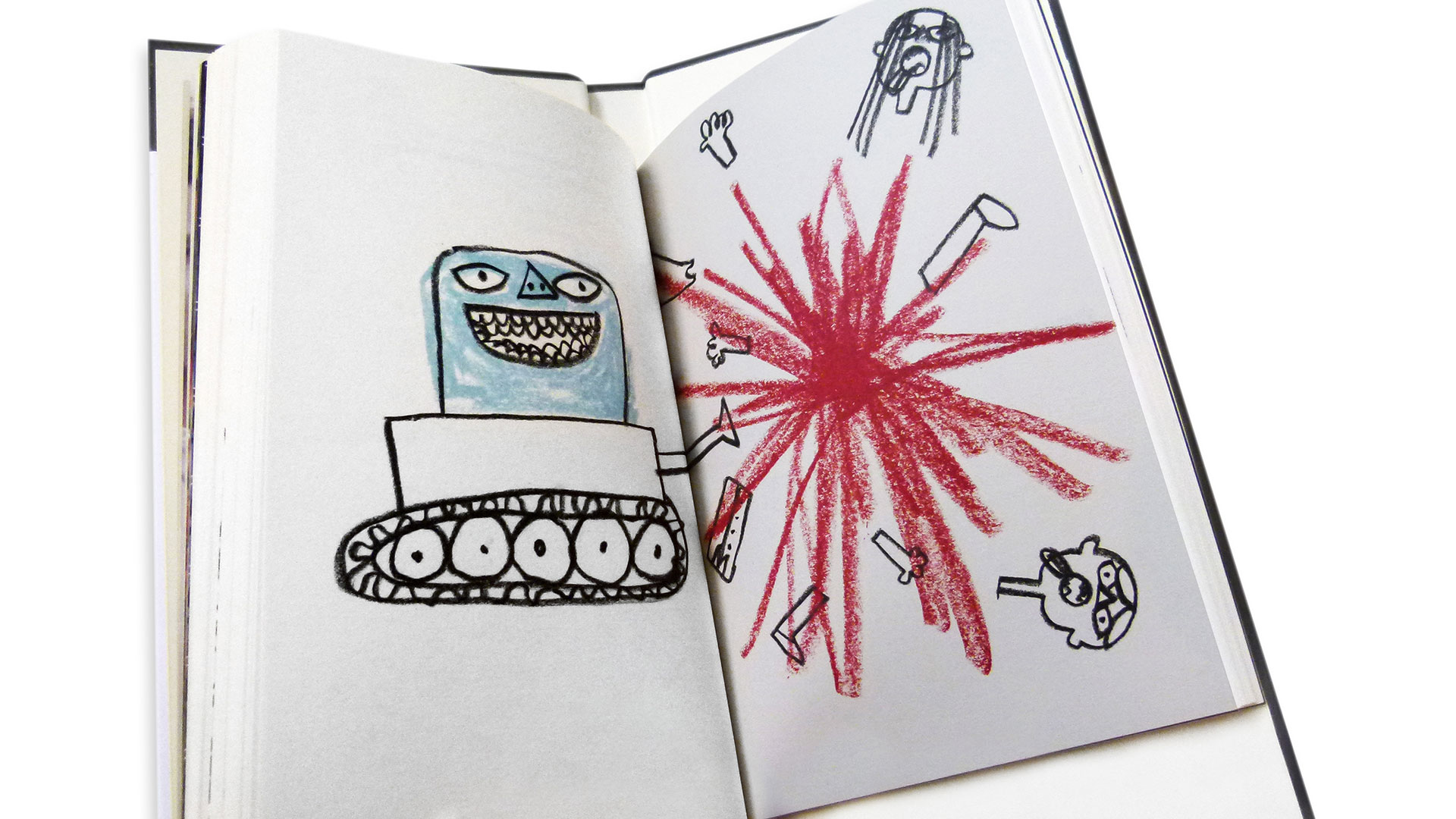