The cards “provided something tactile for the face-to-face meeting of two professionals for the first time that could be kept by the recipient.”

Digital printing has dramatically freed us from having to present the same staid (and boring) face to the world, nowhere more so than with the humble business card. Inspired by the fantastic sartorial creations to be found in a local performing arts center in San Rafael, Calif., designer Rick Byrne developed several different character looks for himself, and printed each and every one on a different quadruple-layered Luxe card from MOO.com.

“After being laid off I wanted to create a set of business cards that would add to the in-person moment of interviews,” he remembers. “One day, while in the local library I looked across the street at The Belrose performing arts center…. While looking at the converted church I had a eureka moment: I could use multiple outfits from the costume shop underneath the theater to create 10 different personas thanks to MOO.com’s ability to have up to 50 different designs in a single print run of their Luxe Business Cards.” 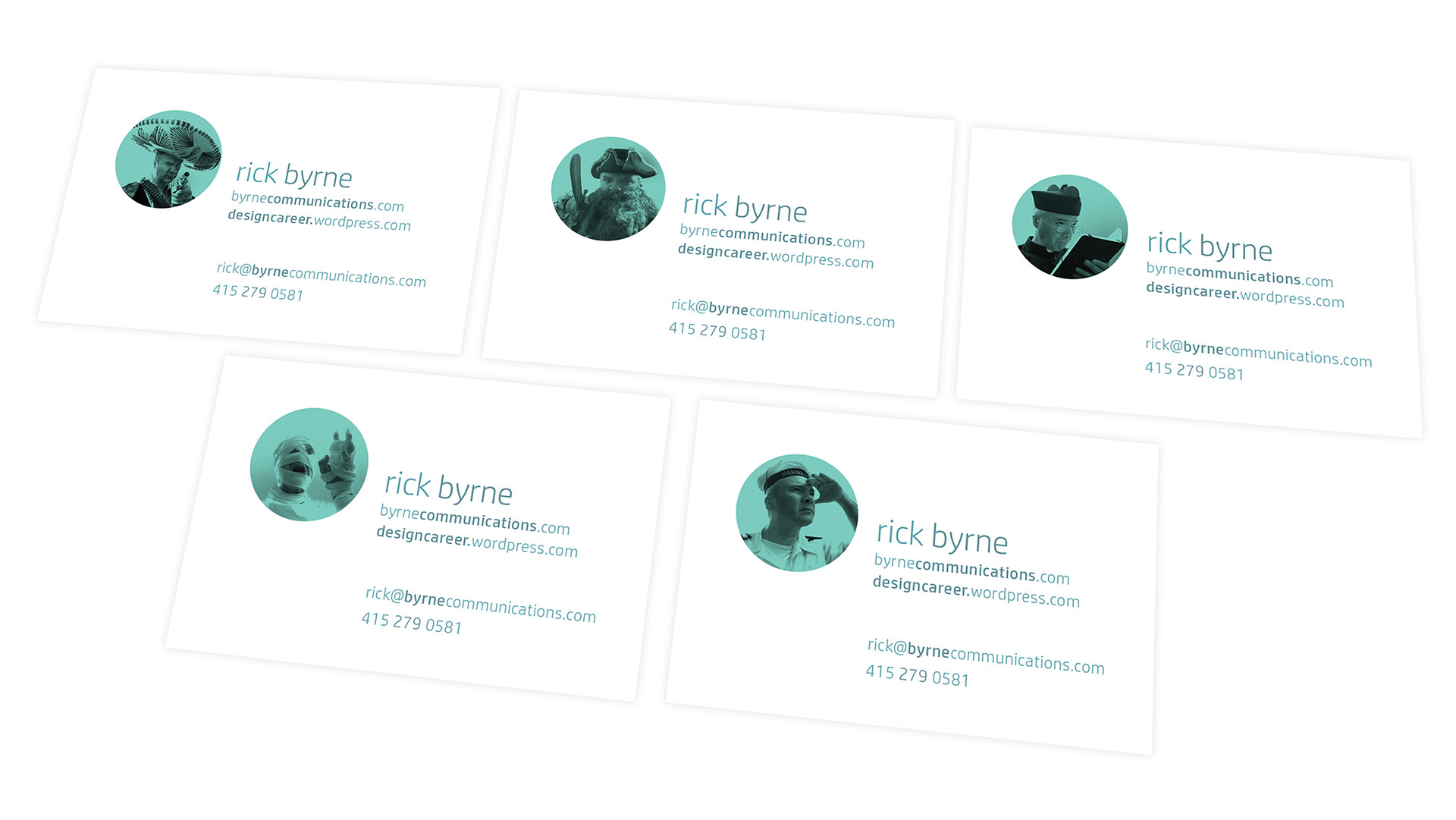 With more than 3,000 costumes from which to choose, Rick took nearly 100 selfies in different outfits: the Explorer, the Pirate, the Soviet, the Mummy, the Knight, the Viking, the Priest, the Bandit, the Sailor and the Aviator. These different looks he came to dub collectively “the Gentlemen Adventurers.”

The images were then converted to black and white, then duo-tones, before finally being printed 4-color process on MOO’s Luxe Business Cards – Mohawk Superfine paper that’s been layered four times the thickness of most cards using MOO’s “quadplex” technology.

The result is a business card both subtle and substantial. Despite the whimsical nature of the photos, the first thing you notice is the weight and texture of the card itself. Only after you take a closer look do you see these different faces of Rick.

And like any good self-promoter, Rick brought his new trademark look to social media, rotating the images as his profile photos on Facebook and LinkedIn.

So to the mummy, the clergyman, the pilot and all the rest we say “Bravo gentlemen adventurers,” for reminding us once again of the power and versatility of the paper business card in this digital age. 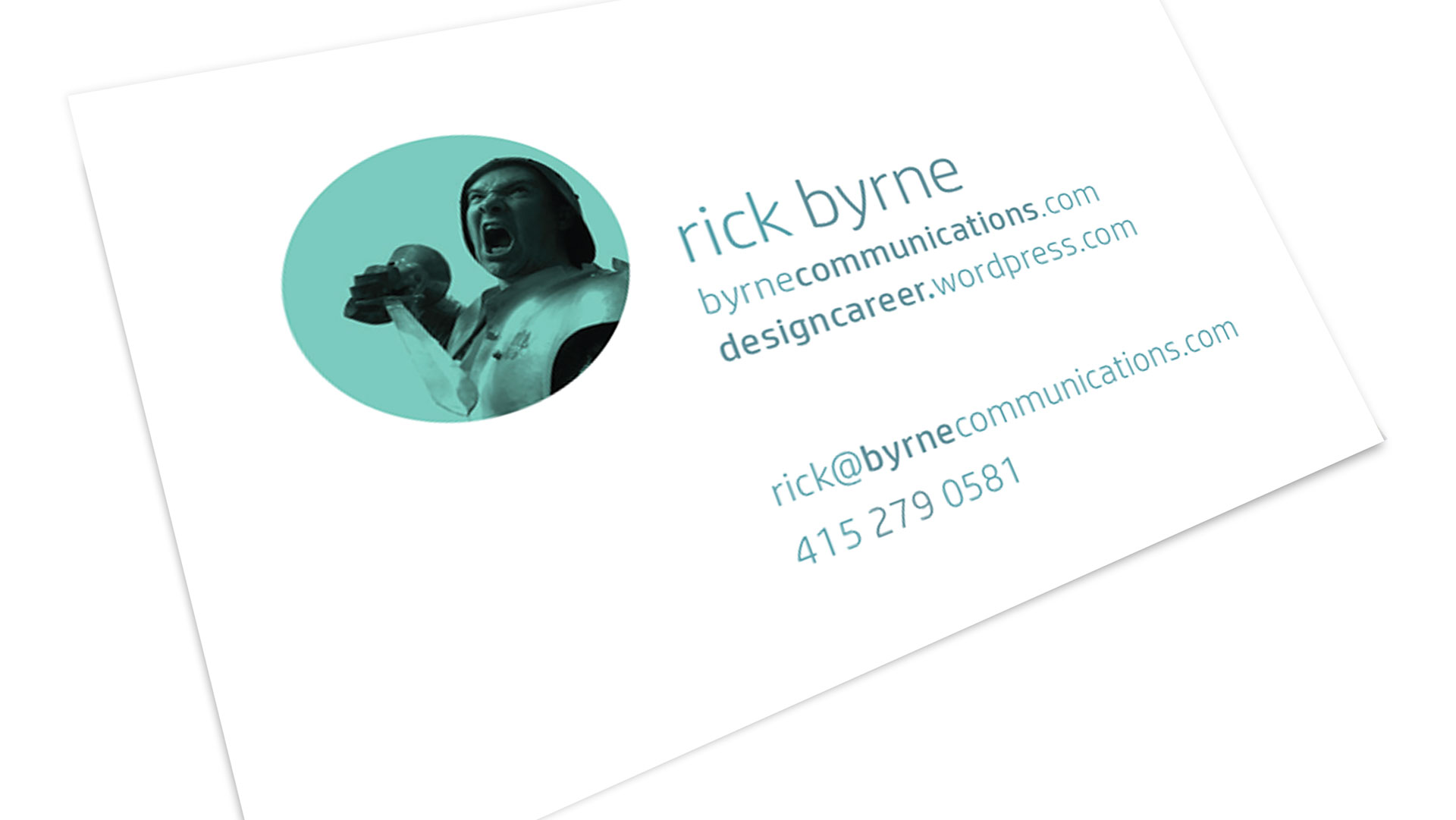 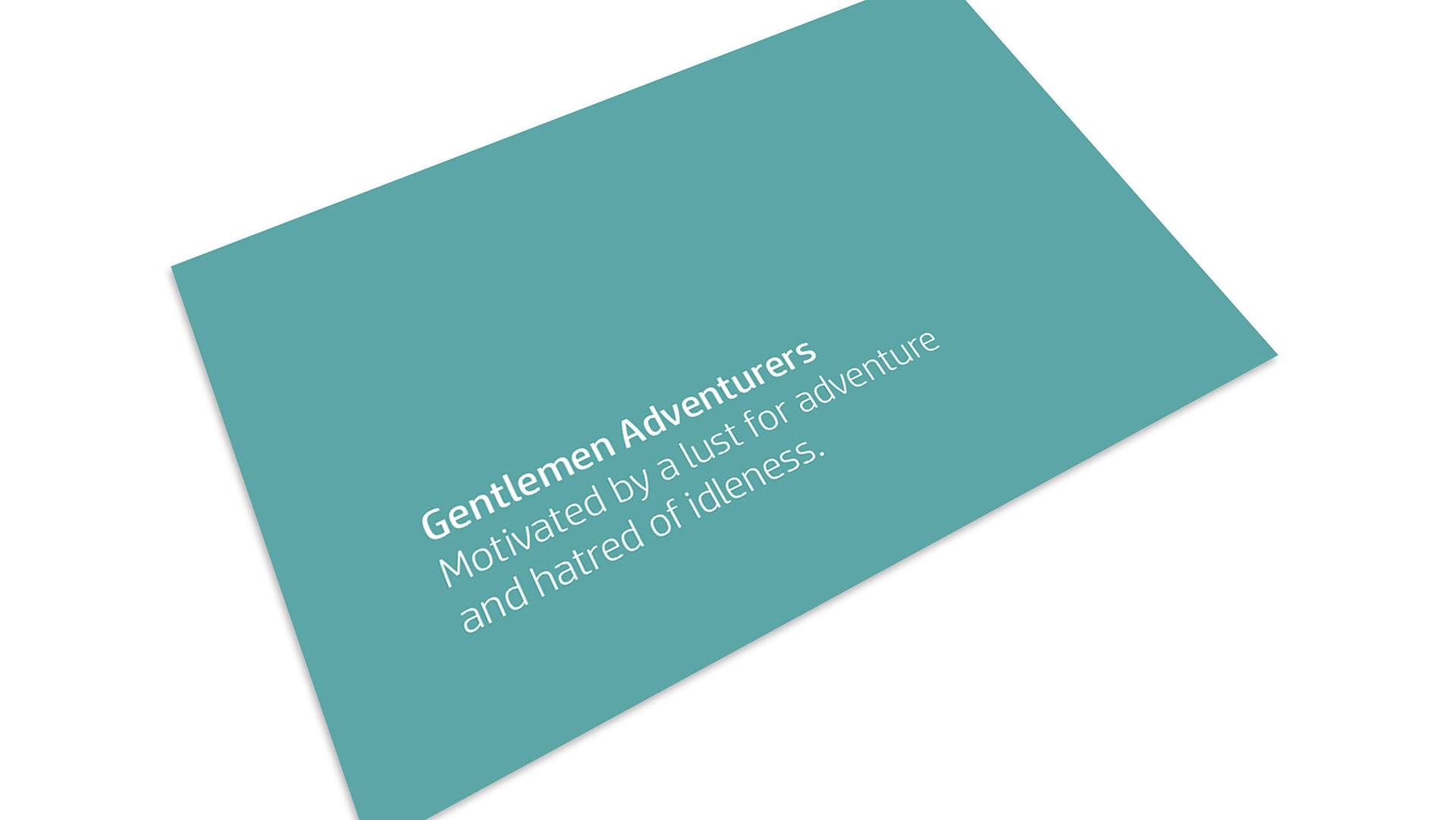