Interactivity is easily one of the biggest trends of the year when it comes to print, and something intriguingly demonstrated with this issue of Experimenta magazine.

A Spanish journal covering art, architecture and technology, Experimenta (“Experience”) suspended its print edition with No. 65, switching to an online-only model for the next three years. It has since returned to print with each issue now dedicated to a single theme and designed by a different designer or studio. 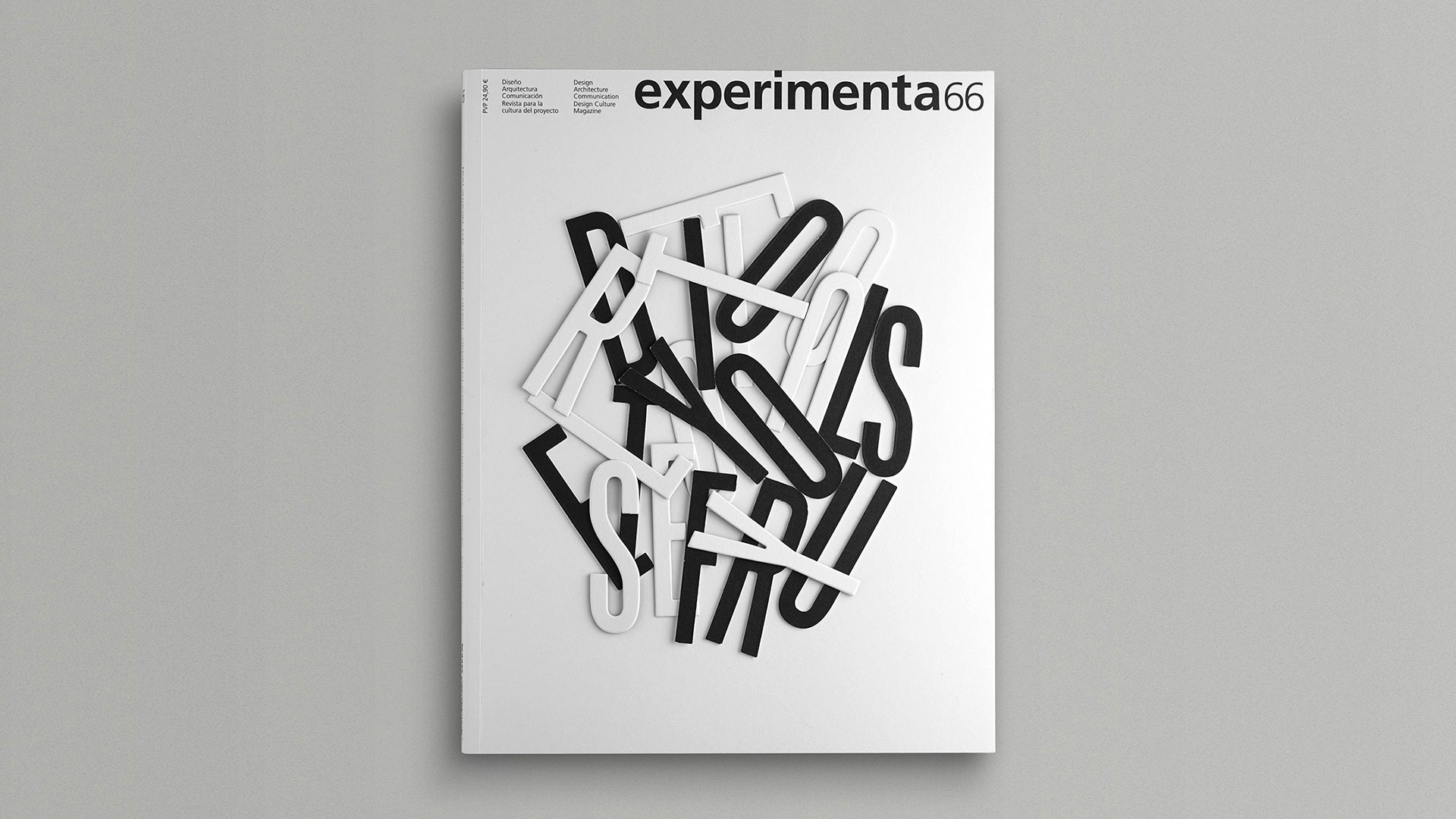 For Experimenta 66, the folks at Lavernia & Cienfuegos came up with a simple-yet-effective way of communicating that issue’s theme: “Do it yourself.”

What if every reader had the ability to create their own magazine cover, they wondered. So, starting with a white 130 lb. (360 gsm) Fedrigoni Materica sheet, they imprinted the magazine masthead on the front, and instructions as well as a large solid black area on the back. They die cut the letters “Do it yourself” so that they could be easily punched out.

The reader could then arrange the two-colored letters any way they liked on the magazine’s actual cover – a blank white canvas that waits invitingly beneath the issue’s nameplate.

As you can see, the two colors and multiple ways you can arrange the letters present you with what seems like an infinite number of permutations. (It’s also a great way to amuse yourself during a meeting, provided your co-workers aren’t too fussy about the whole “pay attention” thing.) For the record, here are some of the phrases that can be derived from those letters: “fluoride toys,” “fed riotously,” “foodies truly” and “fields rot you.” 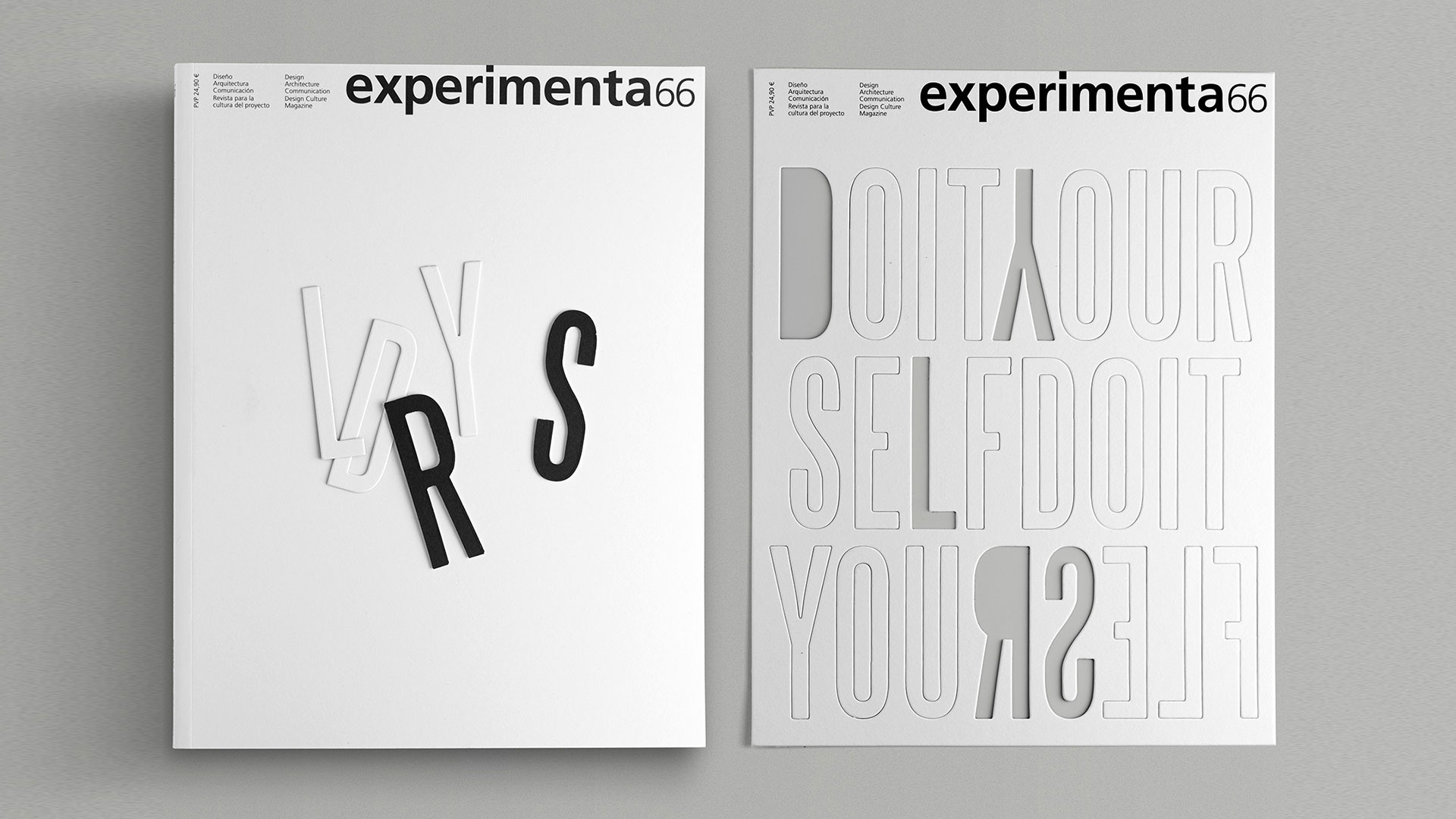 Lavernia & Cienfuegos went with the typeface Steelfish for the punch-out letters for its strong and bold features, they explain. And Materica was their paper of choice because it is “a collection of sensitive and completely natural papers made of cotton fibers that impart smoothness to its surface, and recycled fibers and special pure cellulose that give it volume and strength.”

Inside, we find the same high-contrast approach found on the cover. Dark text and images seem to leap off the crisp white paper – X-Per Premium White to be exact.

Still, it is that die-cut cover that will linger long after other magazine covers fade from memory. A bold-yet-playful celebration of interactivity that reminds us, like Nike, to stop daydreaming about that envelope-pushing design and just “do it yourself.” 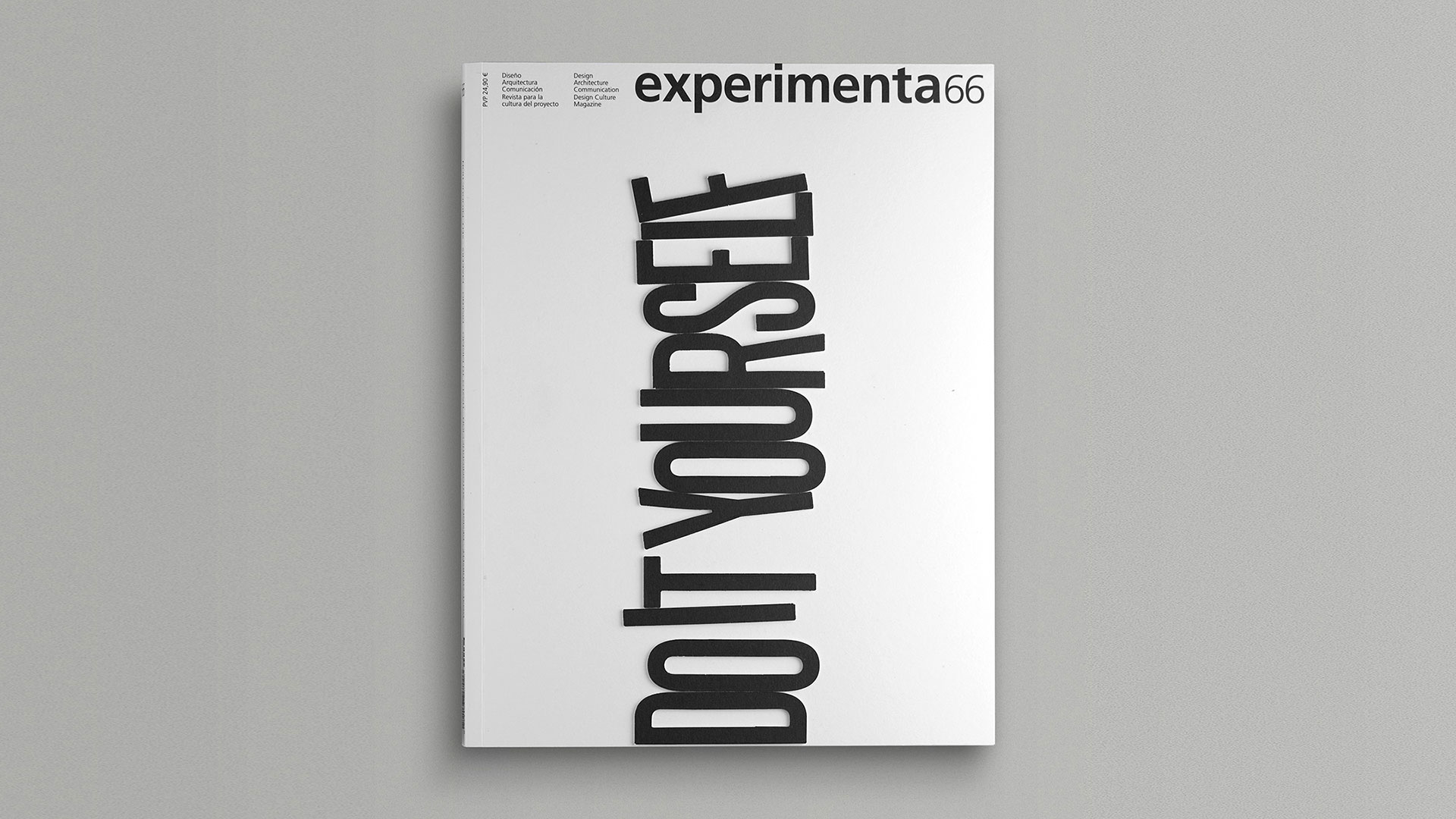 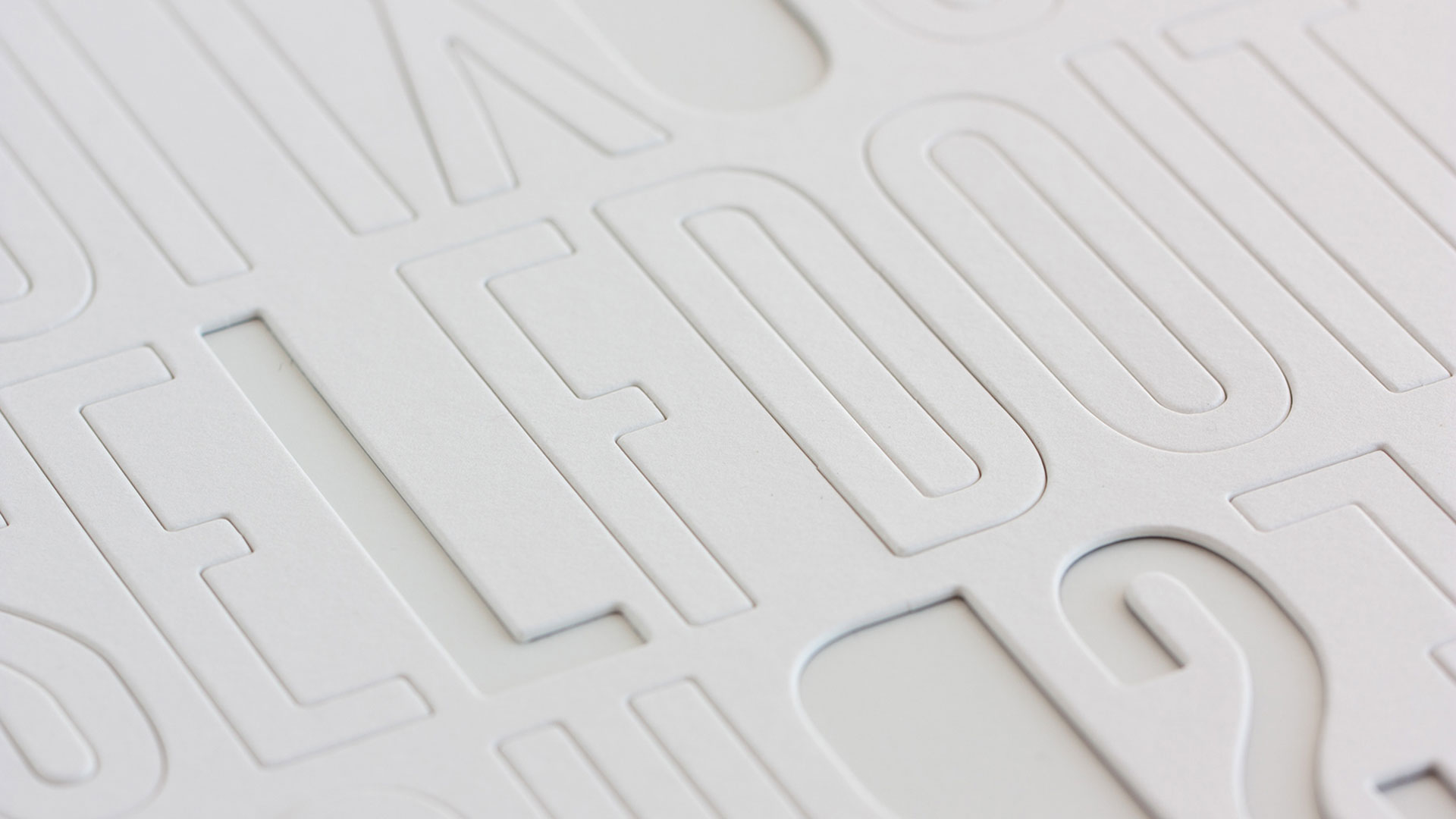 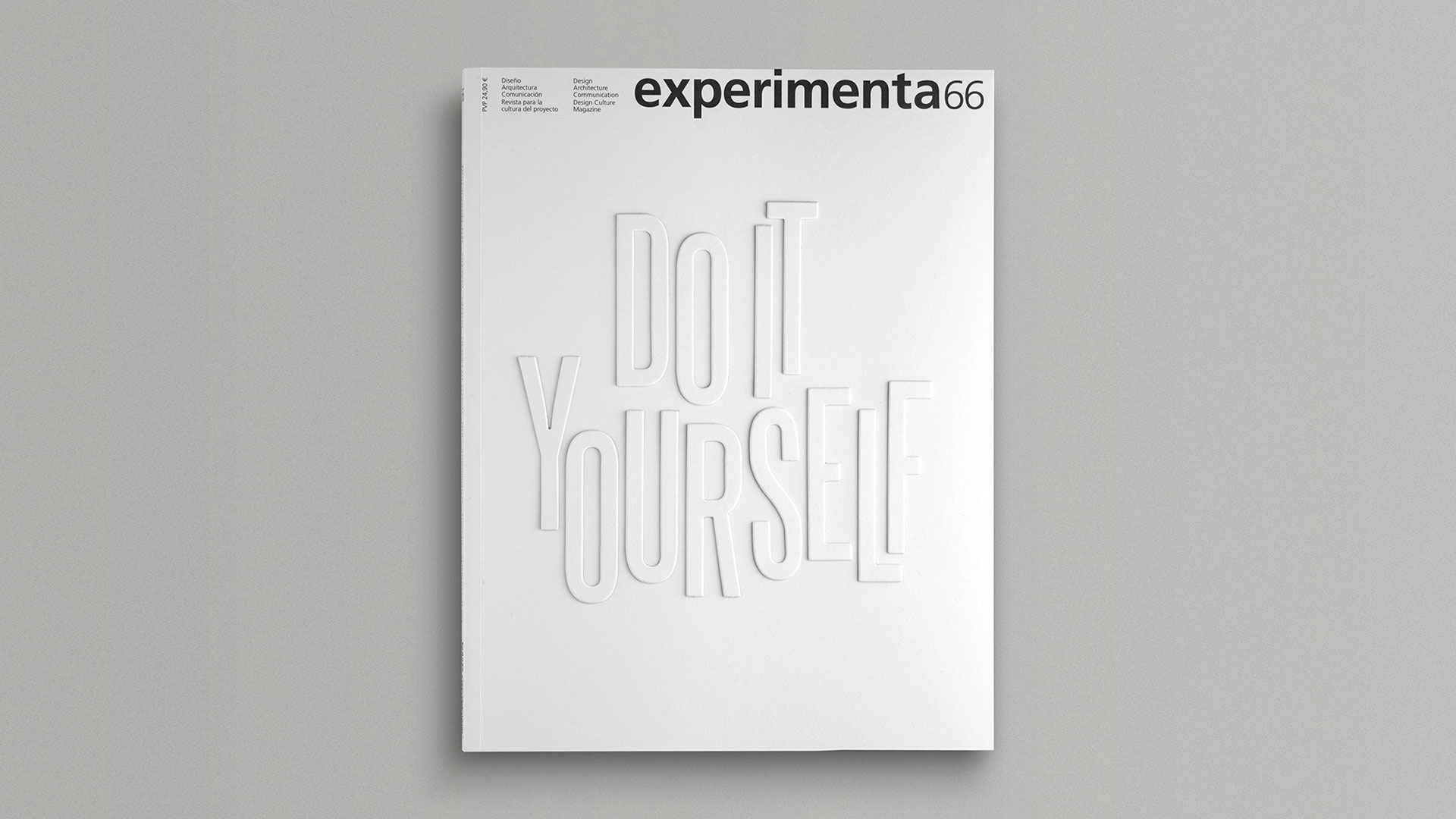 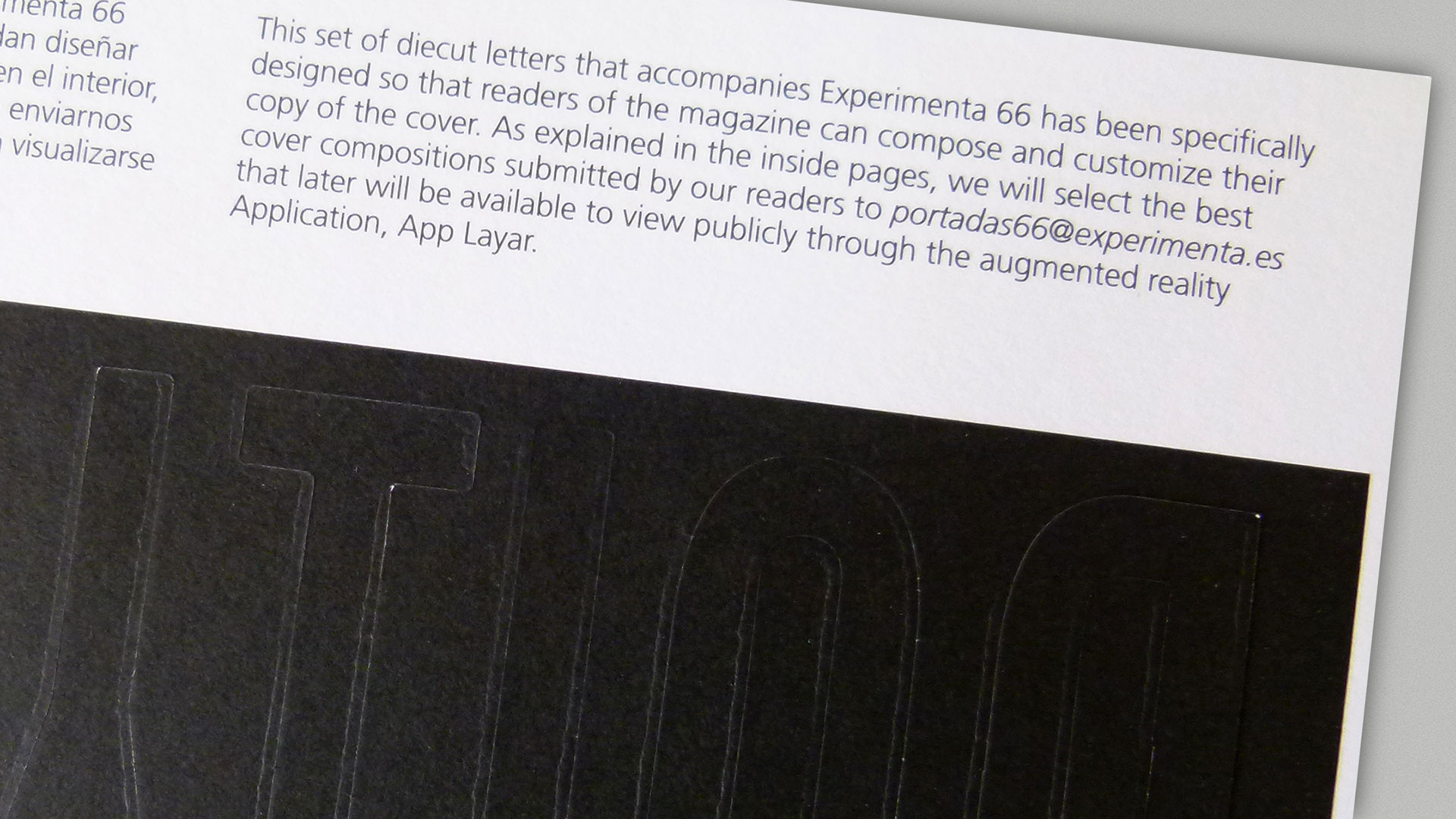 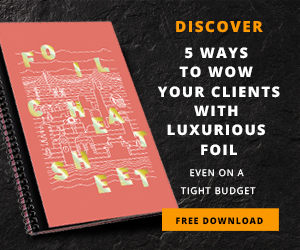 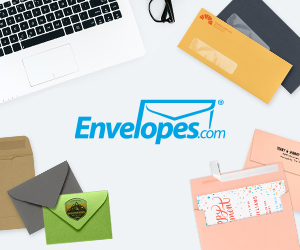