‘…When the Fire Dies’ Screen Print 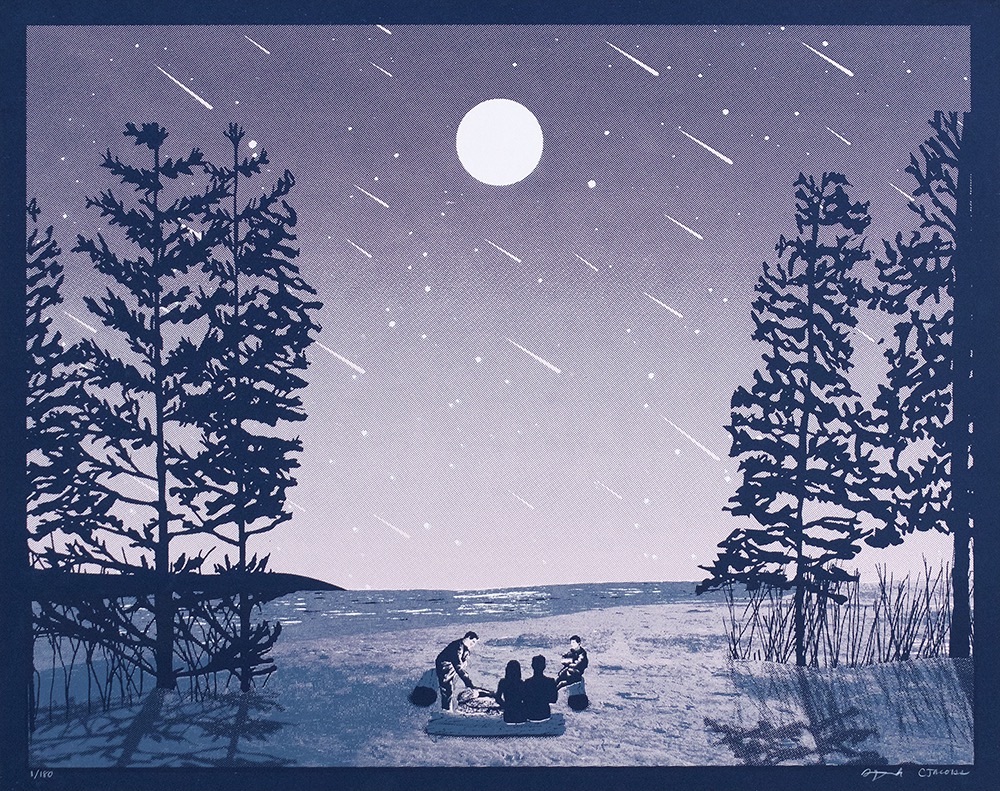 I’ve been thinking a lot about glow-in-the-dark inks since I returned last week from Dscoop in Phoenix. (You won’t believe how far that technology has come with digital printing! More on that soon, I promise.) But even good ol’ fashioned glow-in-the-dark ink for non-digital printing can be extremely effective. Like most of the techniques in our designer’s toolbox, this one is only as cool or as tacky as the ways in which we use it. 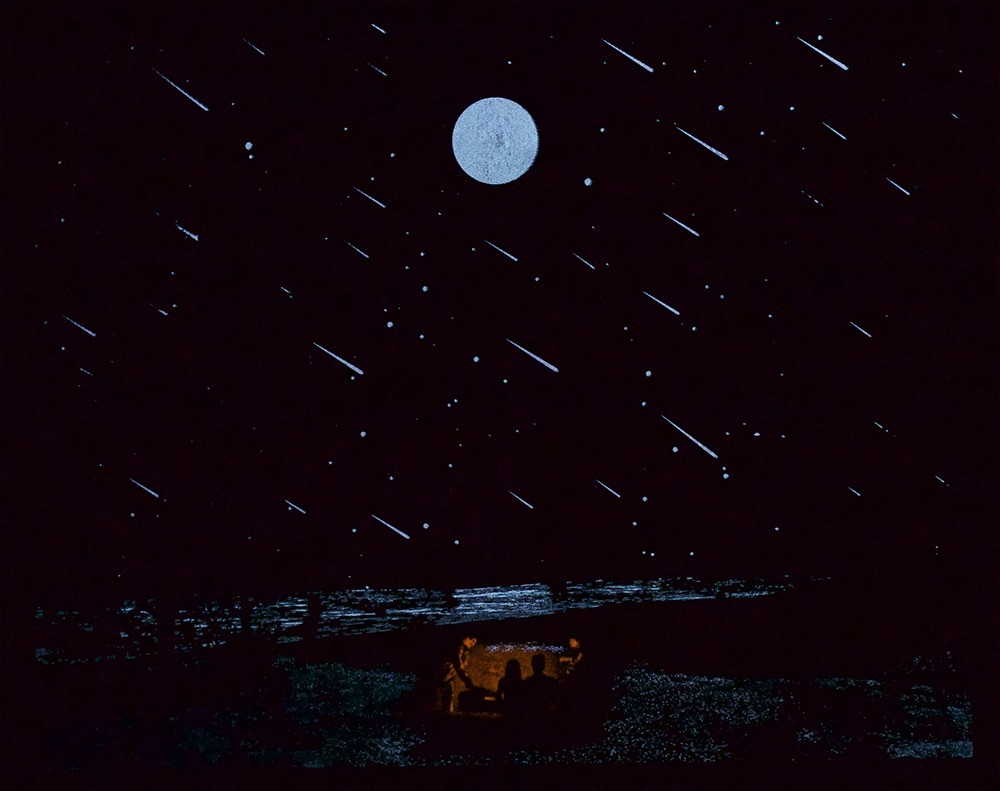 This is one of the reasons I love this screen print from the husband-wife team at Arsenal Handicraft so much, where they make everything by hand a print at a time. What sets this piece apart for me isn’t so much the idea – night falls as these campers bask in the glow of their campfire – but rather their paper choice here. 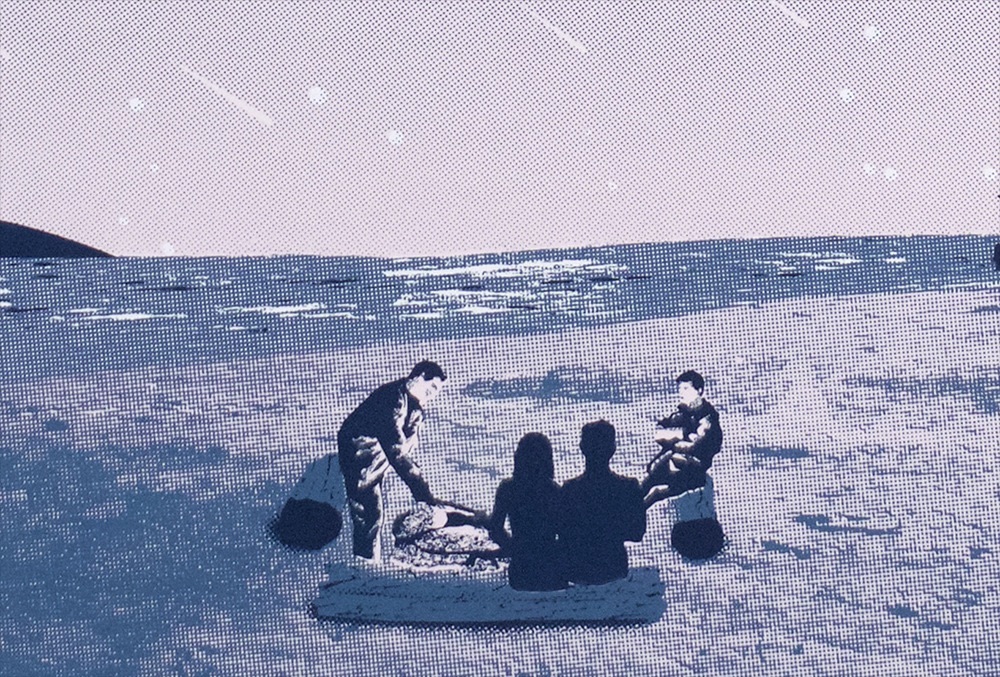 French Paper’s Pink Lemonade Pop-Tone beautifully mimics twilight under the stars and away from the city, just before night takes hold. It doesn’t necessarily mimic that golden hour, but it suggests it in a very stylized way.

That said, the glow of the campfire is pretty fantastic, too! You can practically hear the ghost stories being spun. 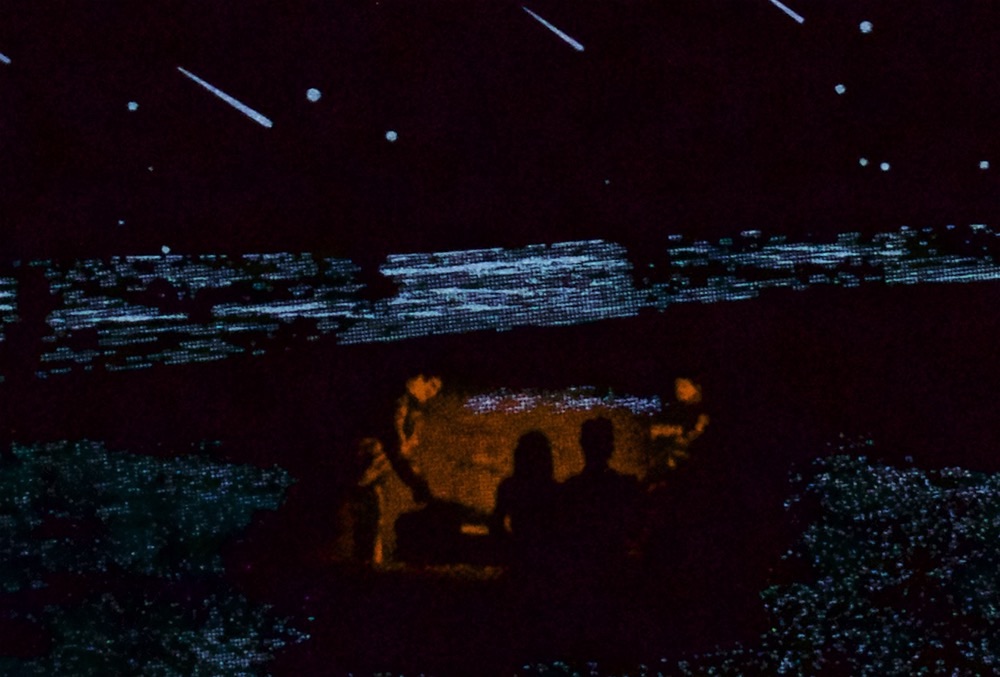 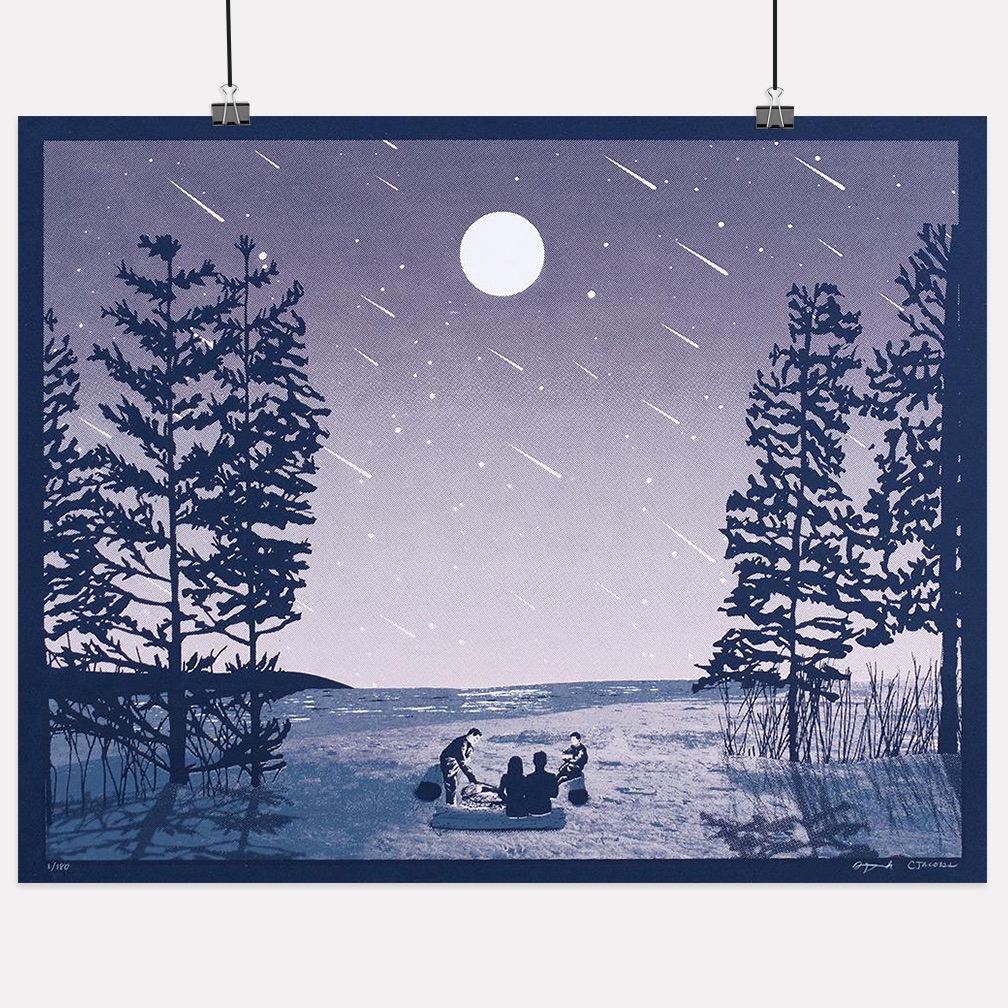