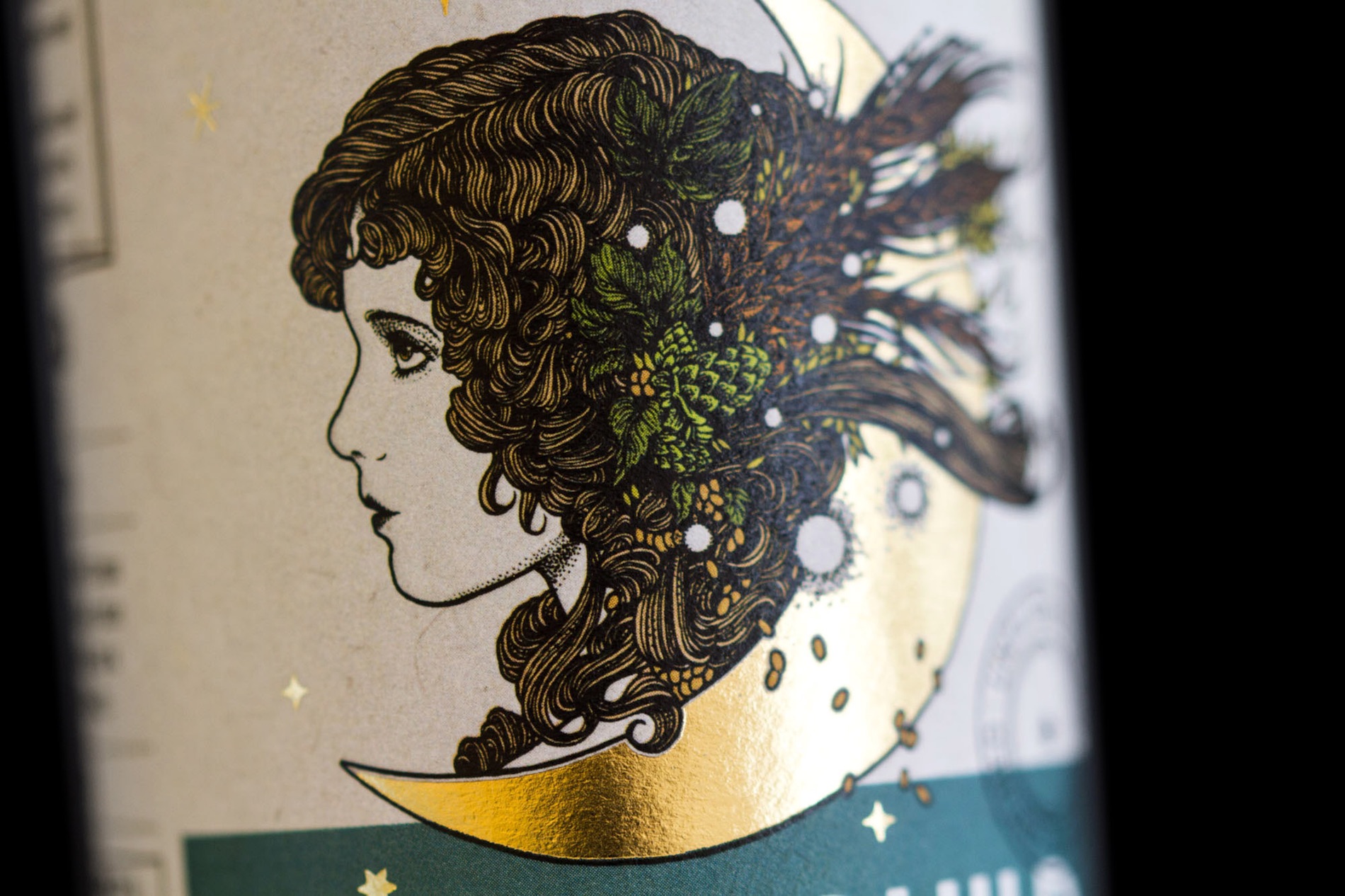 In the 1917 novel “Moonchild” by legendary “wickedest man in the world” Aleister Crowley, a sorcerer attempts to improve humanity’s fortunes by creating the eponymous creature by impregnating a woman with the “soul of an ethereal.” (Crowley’s solution to everything, now that we think about it.) How appropriate, then, that British designers Kingdom & Sparrow have used modern day magic to similarly combine the wizardry of digital printing with the old world charm of gold foil for Moonchild Brewing Co.’s single-batch beers. Just look at the intricate, precise laying down of multiple colors for the floral inserts in the woman’s hair above.

According to the Kingdom & Sparrow website, “…Moonchild Brewing came to us with an idea and a beautiful illustration from record cover and poster artist Richey Beckett. They wanted to turn this illustration into an iconic brand and label for their ultra small batch, thoroughly craft beer. We worked with them to create an earthy, yet sophisticated, small-batch brand that was uniquely them and drew on their love of music.” 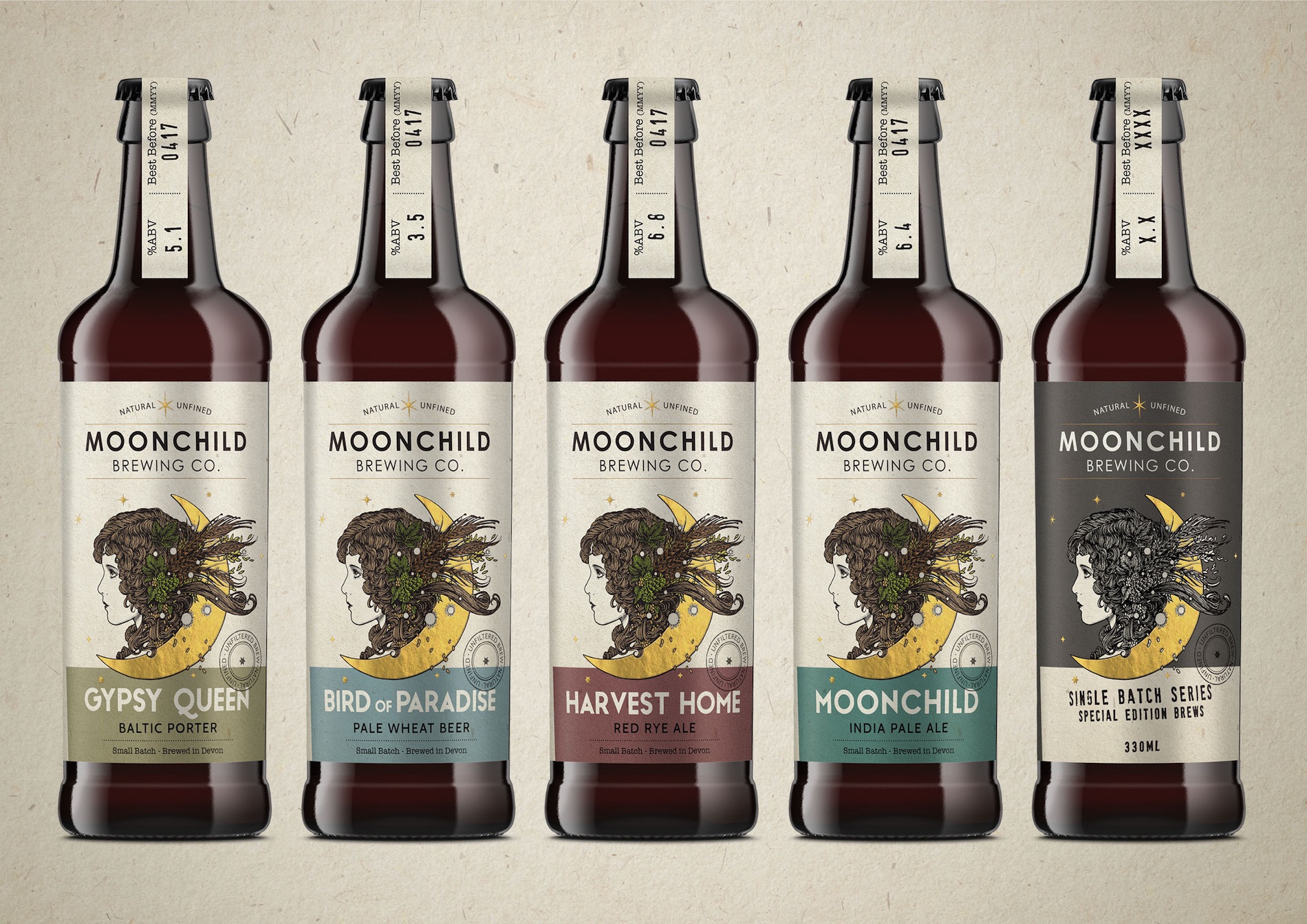 The choice of Avery Dennison’s Rustique Blanc label paper was a smart one given the goal of Moonchild Brewing: “They wanted a simple and cost efficient way to release experimental, single-batch beers without losing the high-end, hand-crafted feel of their core range,” explains the design firm’s website. The cap strap at the top is another nice touch, allowing the company to quickly and easily hand-stamp each bottle’s “Best Before” date and affix it to the bottle.

Ah, but would Aleister Crowley approve, you ask? Probably not. But then again what would you expect from one dubbed “the wickedest man in the world”? 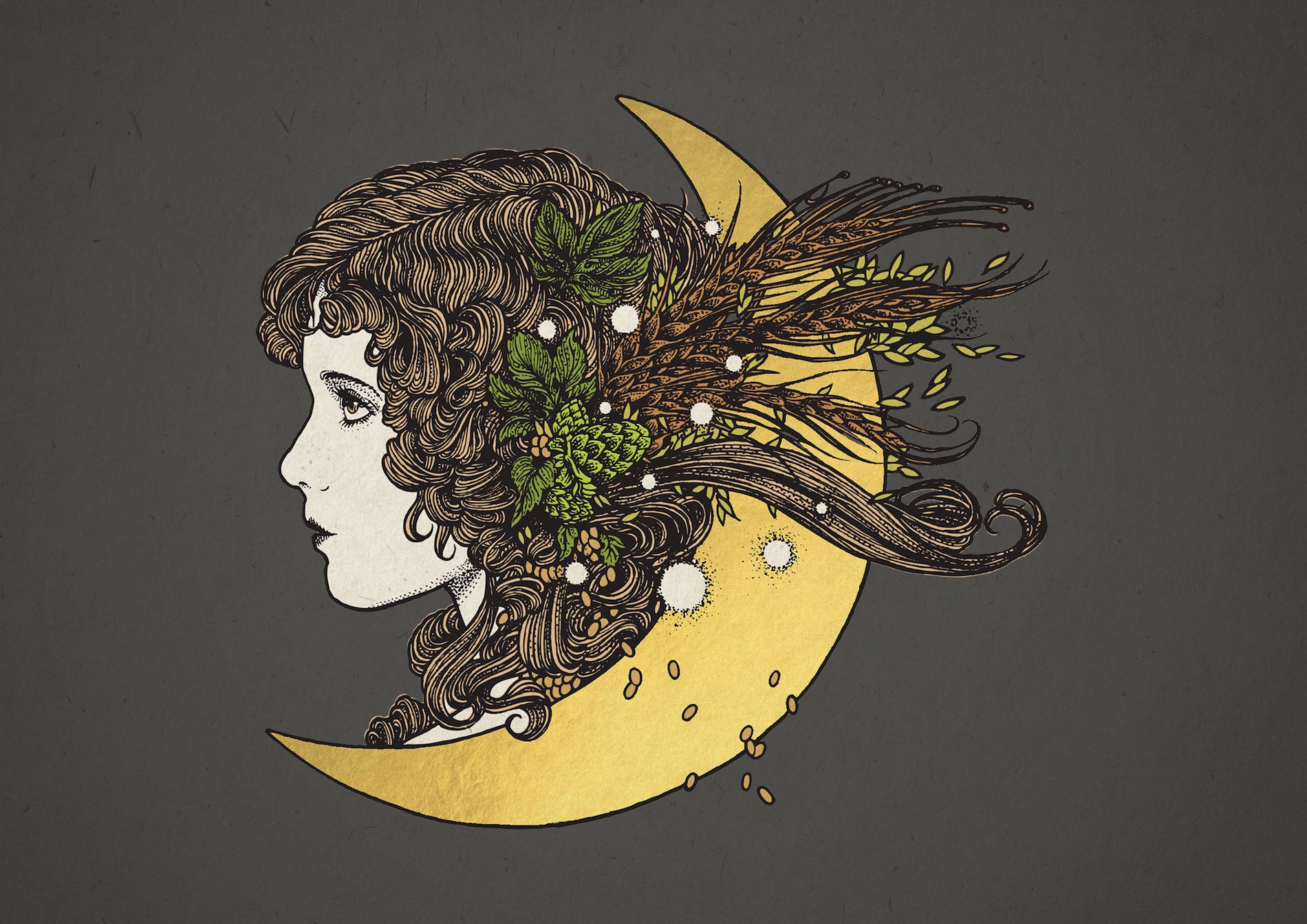