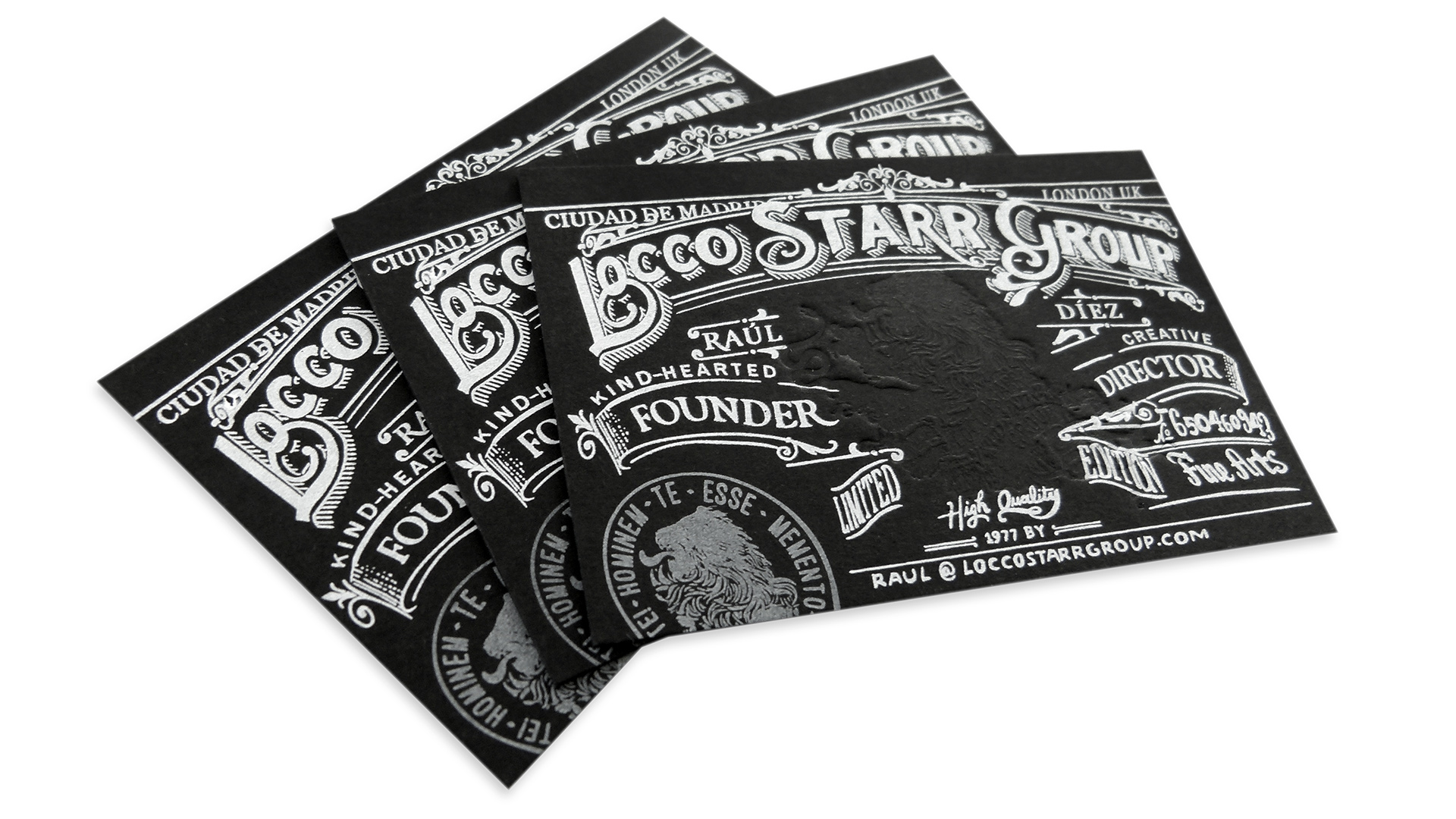 Traditionally before a victorious general paraded through the streets of ancient Rome, a slave would whisper in his ear “Remember you are human…” A much-missed tradition to be sure, and a phrase you don’t expect to find on business cards, particularly in the original Latin. But then this card for Spanish creative agency Locco Starr Group is anything but typical.

Inspired by the labeling of vintage alcoholic beverages, Colorplan Ebony Black 700 gsm paper was letterpress printed to get that deep deboss of Locco’s lion and serpent logo, and then 2-color silk screen printed with that circus-style lettering.

The typography really does warrant special mention here as it has more in common with classic sign painting than anything you’re likely to find on business cards today. Banners and flourishes throughout reward repeated viewings and give little hint of the difficulty Spanish printer El Calotipo encountered bringing the smallest of these details to life.

The goal of the whole project, says Locco Starr Group Founder and Creative Director Raul Diez, was to compel people “To touch them as [they would] a cover of an old book.”

While the creative team doubtless learned many things in the production of these cards, Raul writes that it also helped them “To love (a bit more 😉 our profession” – clearly the words of someone who has no need to hear “remember you are human” in his ear. 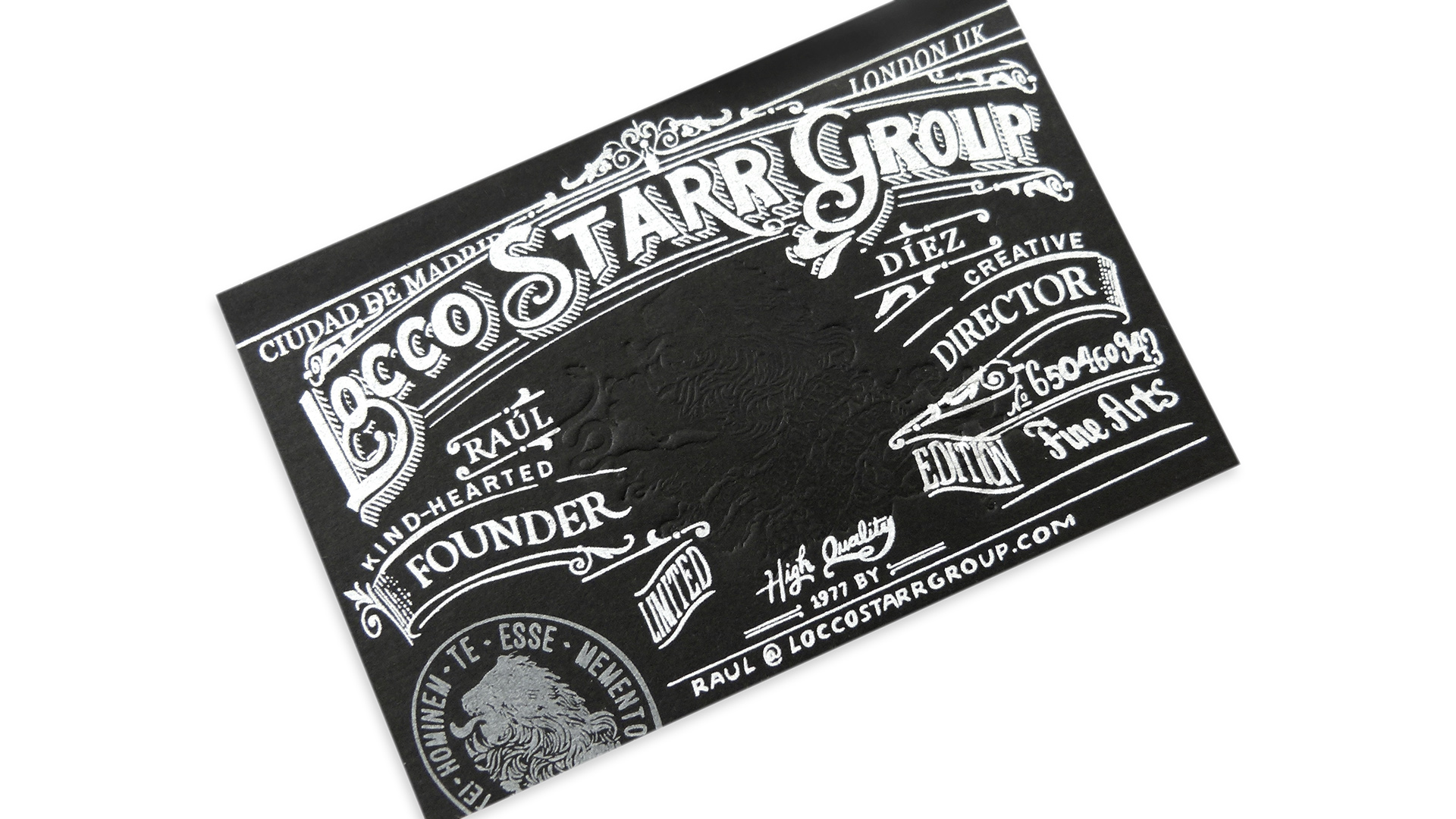 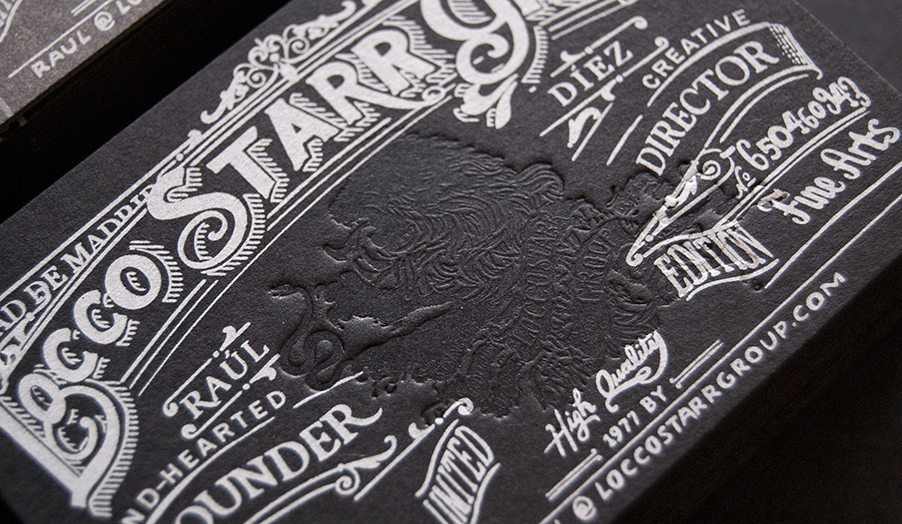 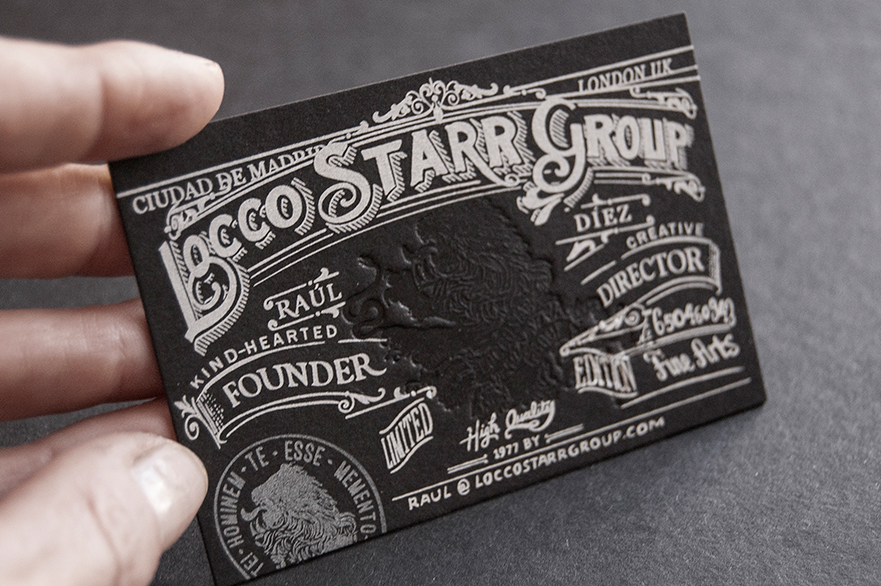 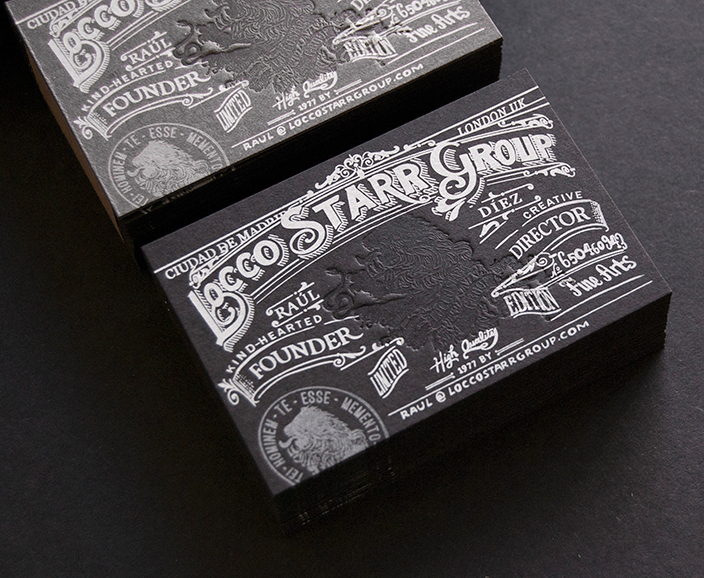