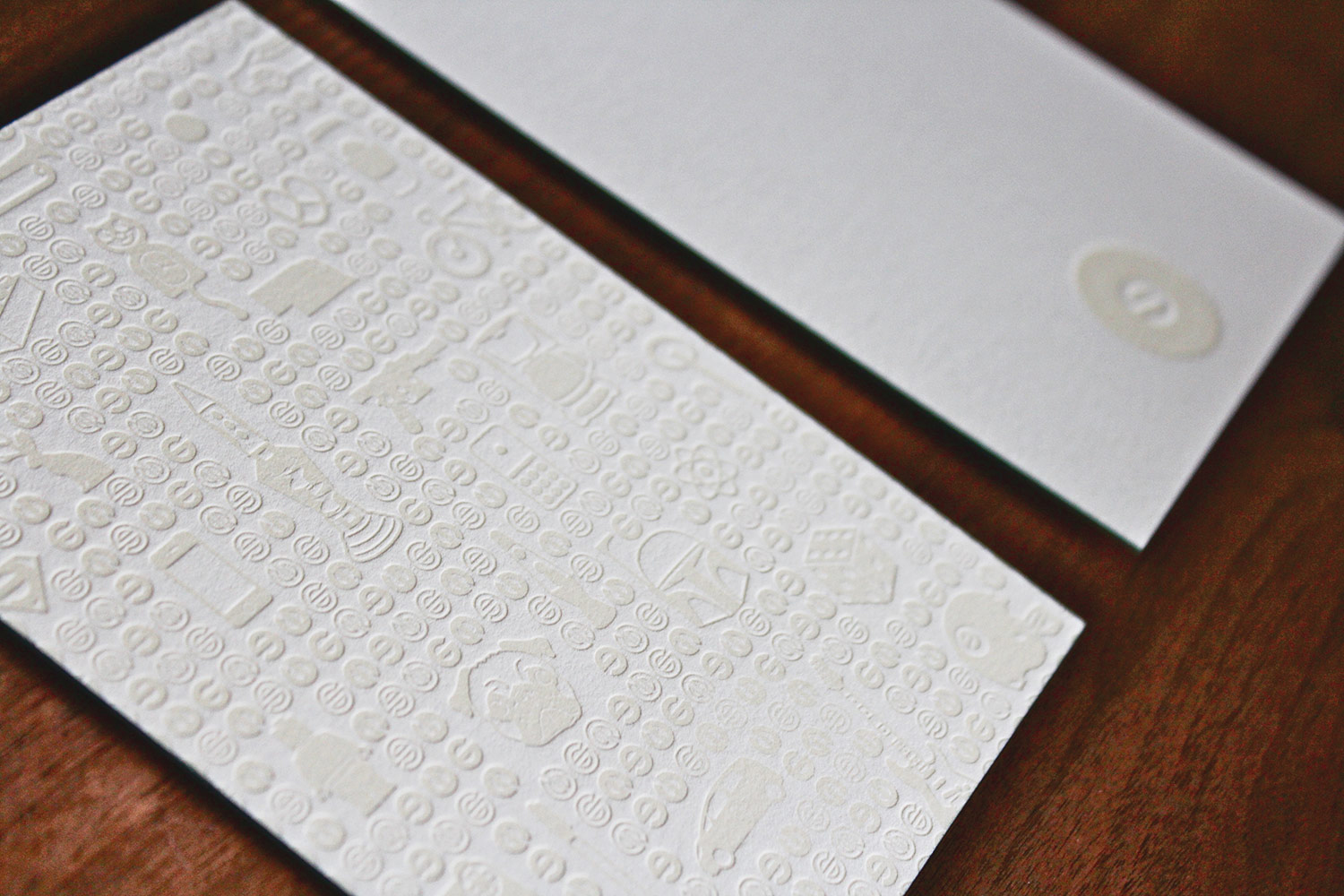 We simply talked with the printer about the effect we wanted and took their advice on how to actually print it.

A 10th anniversary poster for design firm Eleven19 was the impetus for an idea to create a set of Official Eleven19 letterpress printed note cards. The anniversary poster featured several spot illustrations drawn by designer Ben Lueders that represented interns and employees who had worked for the firm over the years along with images of things the staff loves. So the creative team decided to make a pattern that combined the illustrations and the firm’s logo to use on the back of a new note card.

The main challenge was “trying to find a balance between super subtle and crazy at the same time,” says owner Donovan Beery, who art directed the project. The firm turned to Spark Letterpress in Minneapolis for expertise and advice on toeing that line. Together, they achieved their goal using spot varnish letterpress on Neenah Crane’s Lettra 220 lb. Cover in Ecru White. They also painted the edges of the note cards to match the color of the printing on the envelopes.

The result is a sophisticated yet playfully tactile note card that succinctly captures the personality of the firm. (Something they also did with these invitations.) 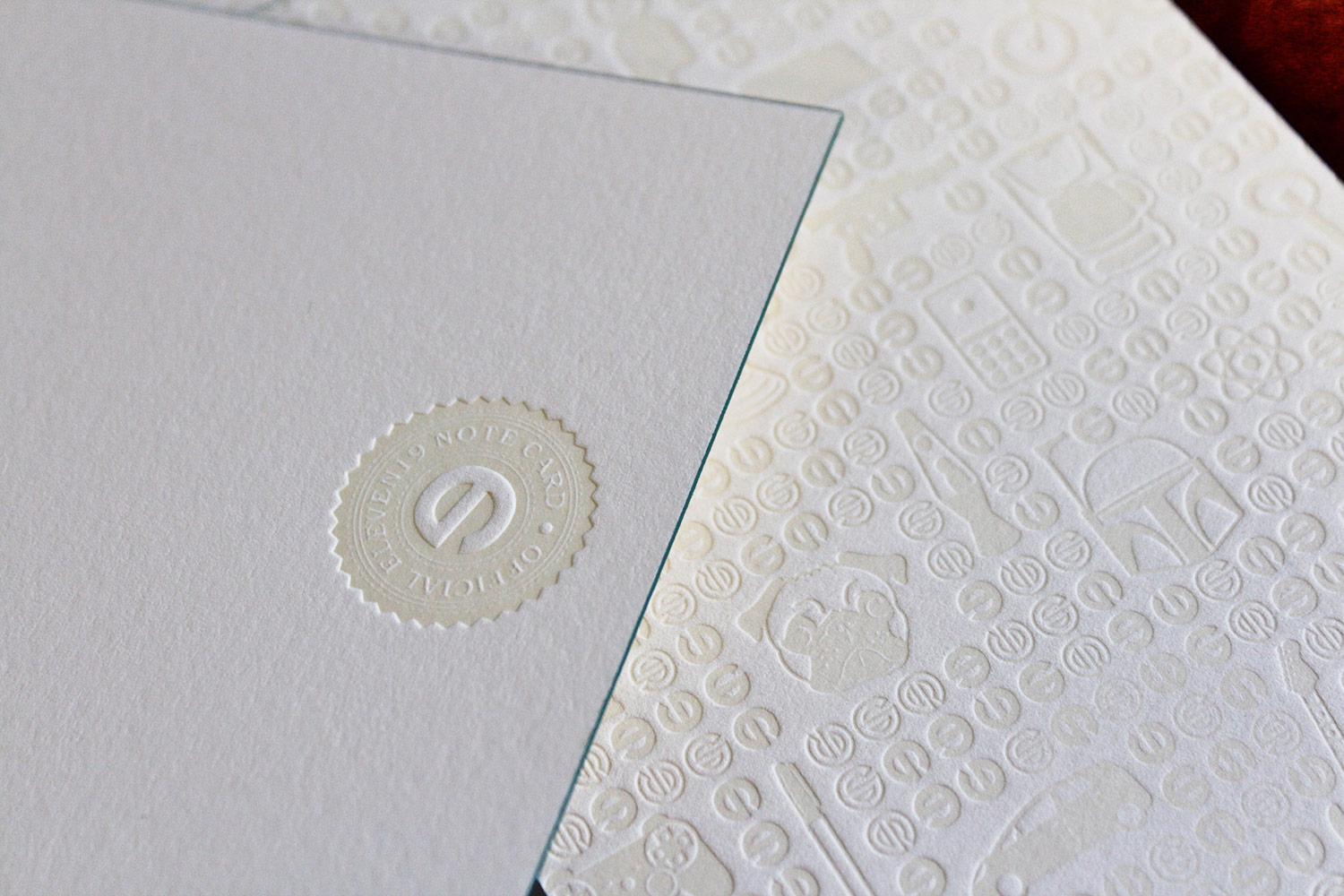 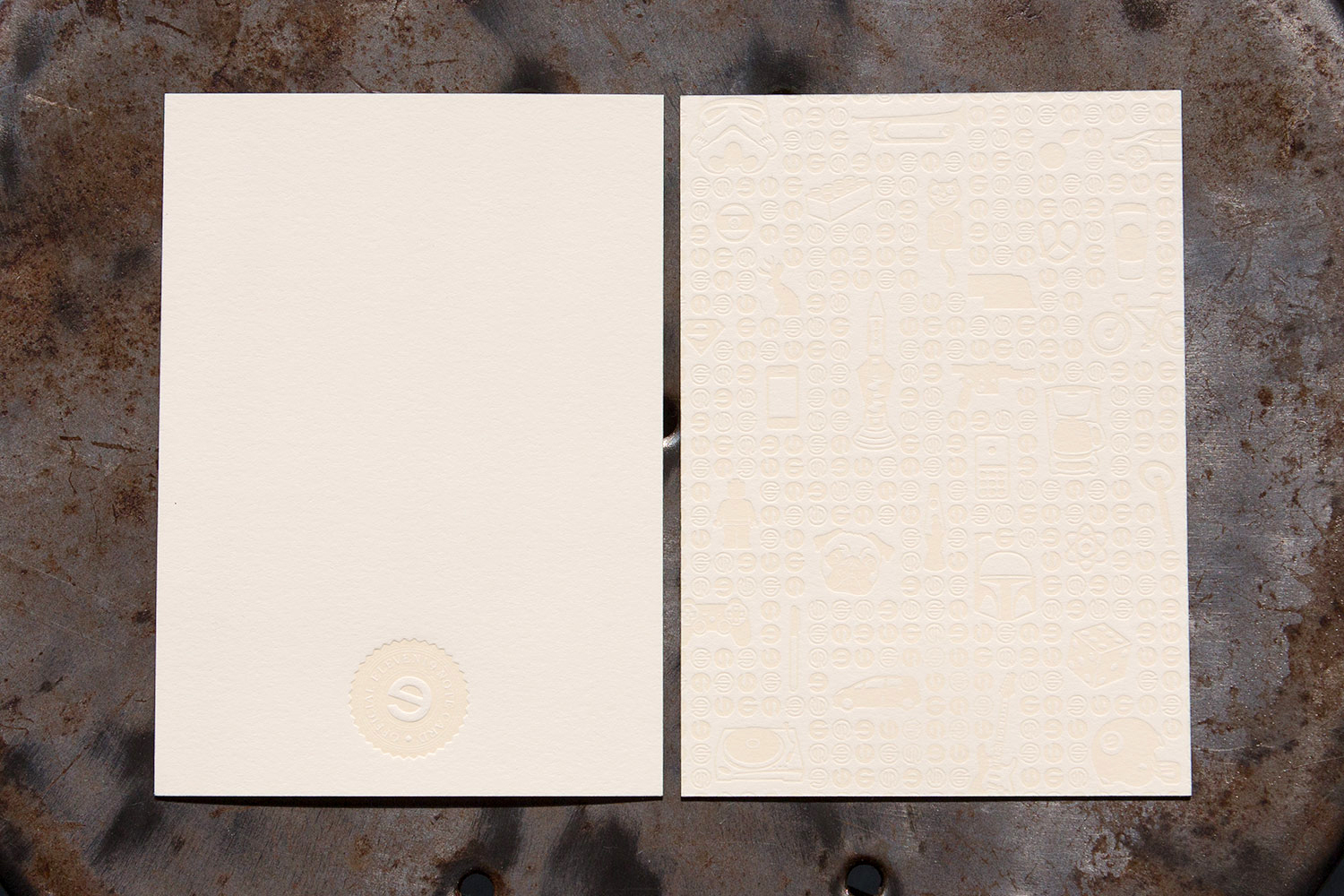 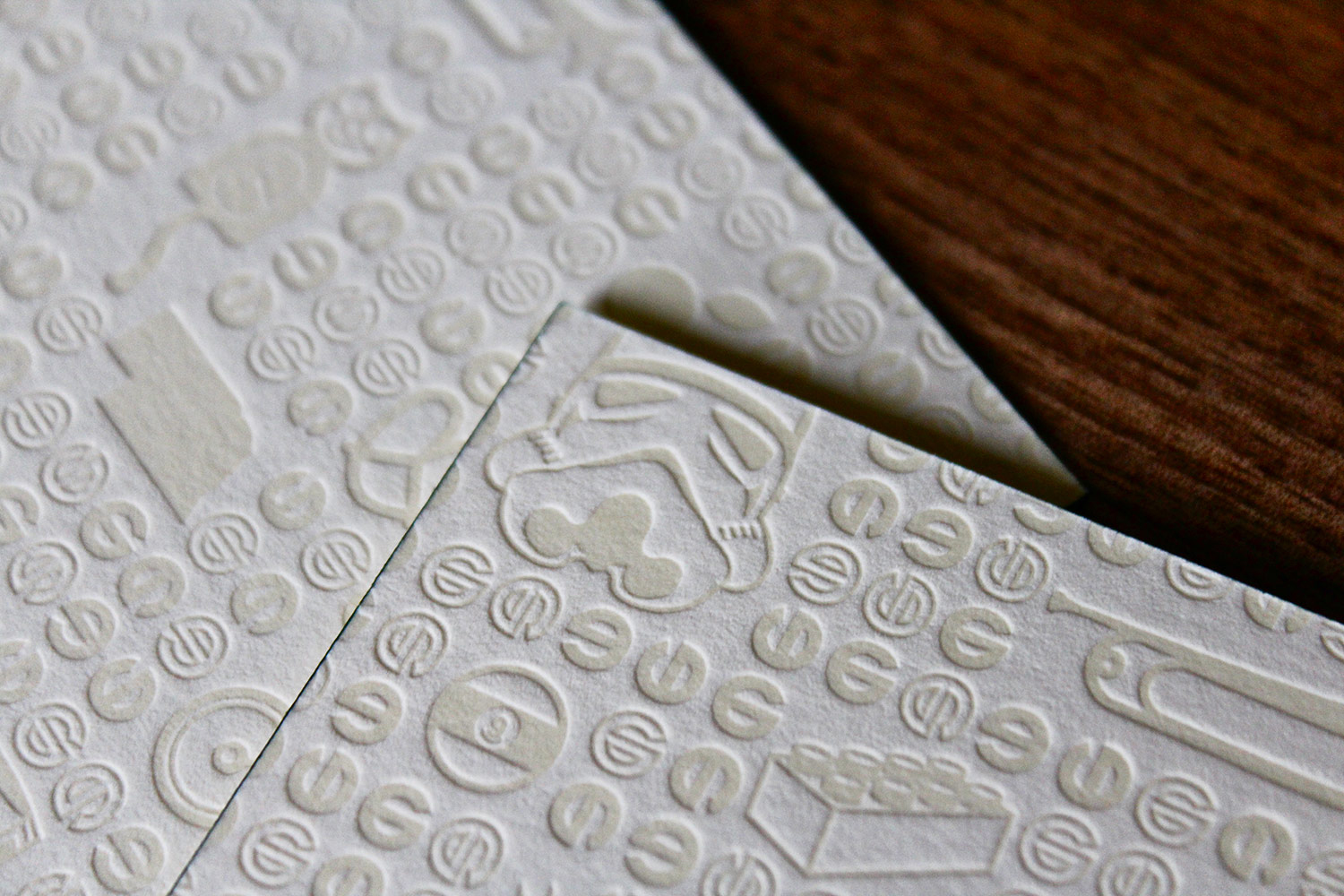 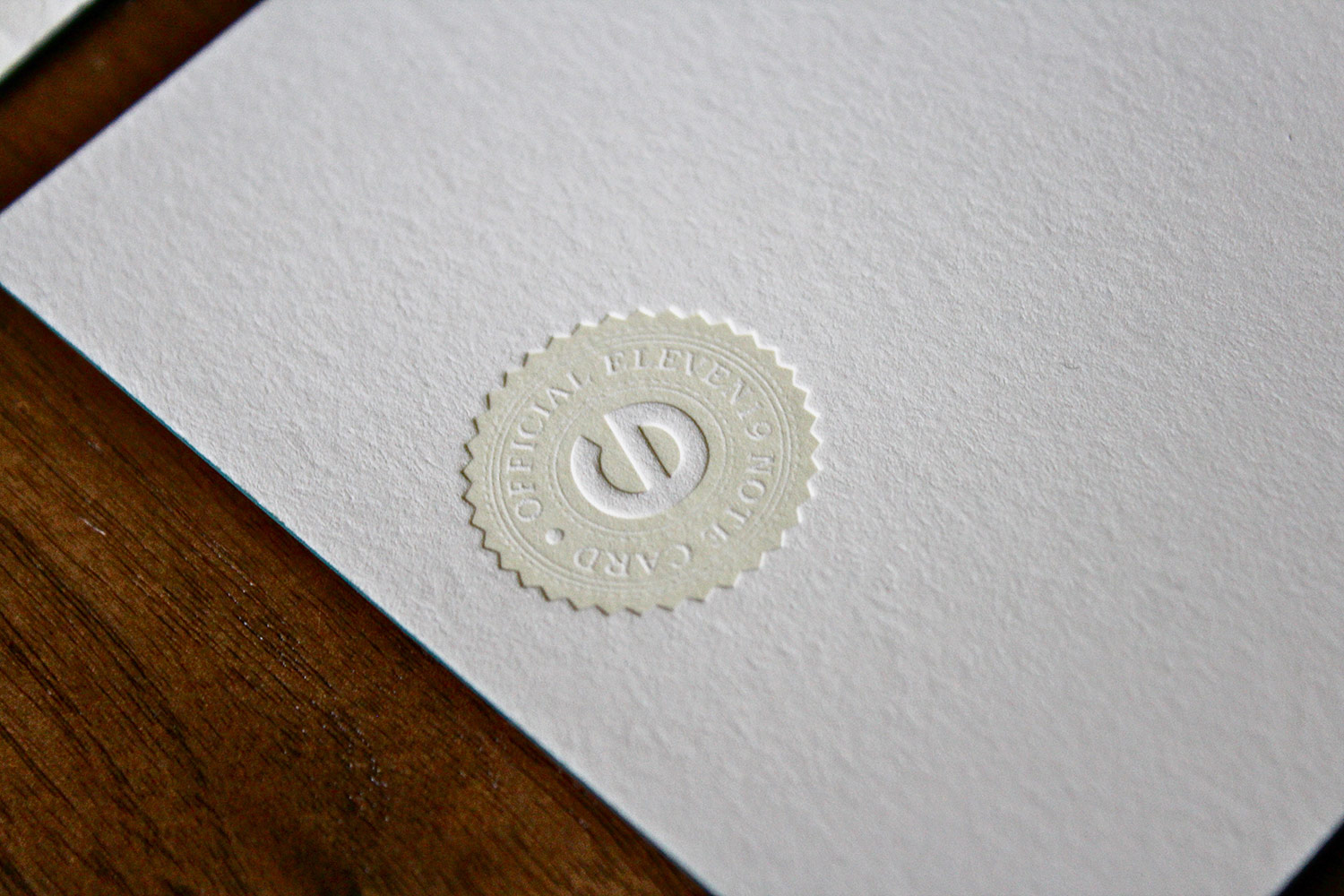