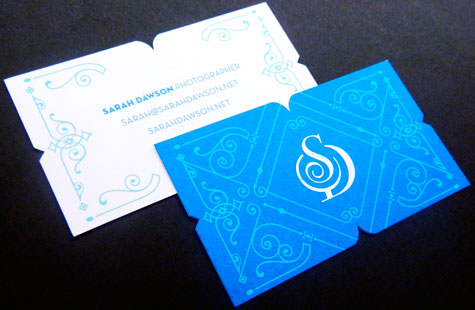 Designer Hans Bennewitz uses intricate pattern as the primary element in creating an identity that conveys his photographer-client’s personality – a contemporary woman with European flair and a penchant for traveling.

Featured prominently in the center of the business card, the monogram logo design has a circular feel that reminds me of a camera aperture. Curling scrolls and diagonal lines accentuated by a custom-diecut perimeter provide interesting visual flow and a traditional flavor. 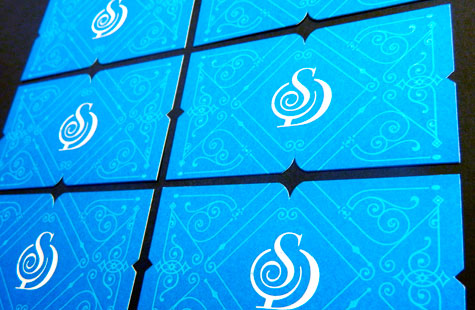 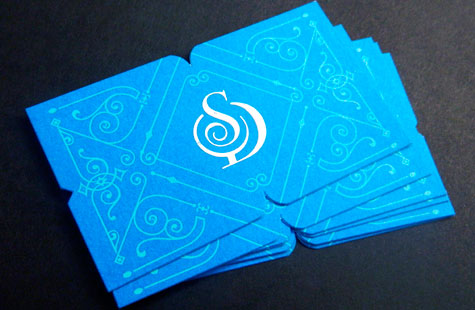