The days of the blocky QR code seem to be numbered. Last month we told you about the Israeli company that has developed a code that allows about 70% of an image to show through. Now University of South Dakota Professor Stanley May has crafted a clear ink solvent blended with nanoparticle technology that could also turn those black-and-white patches invisible, according to that university’s newspaper, The Volante. The work is being conducted in conjunction with the South Dakota School of Mines and Technology.

It was actually one of May’s graduate students, Jeevan Meruga, who decided to put the nascent technology to work as a QR code. The result: a code that is invisible to the naked eye; it can only be seen under an infrared light. Though tested on white paper, the special ink can be printed on just about any surface. So far it’s been tested on transparent tape, metal, glass – even a ballpoint pen. 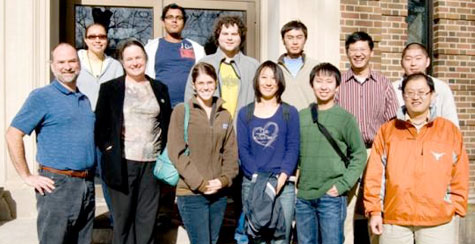 Not surprisingly, most of the companies currently trying to get the rights to the technology are interested in more than using it on magazine covers and the like. At present, it’s being eyed as a means of foiling document forgeries and counterfeiting. Now the next hurdle is transitioning it from the aerosol printers in the lab to less costly and more portable ink jet printers.