‘Resist!’ The Revolution will be Printed 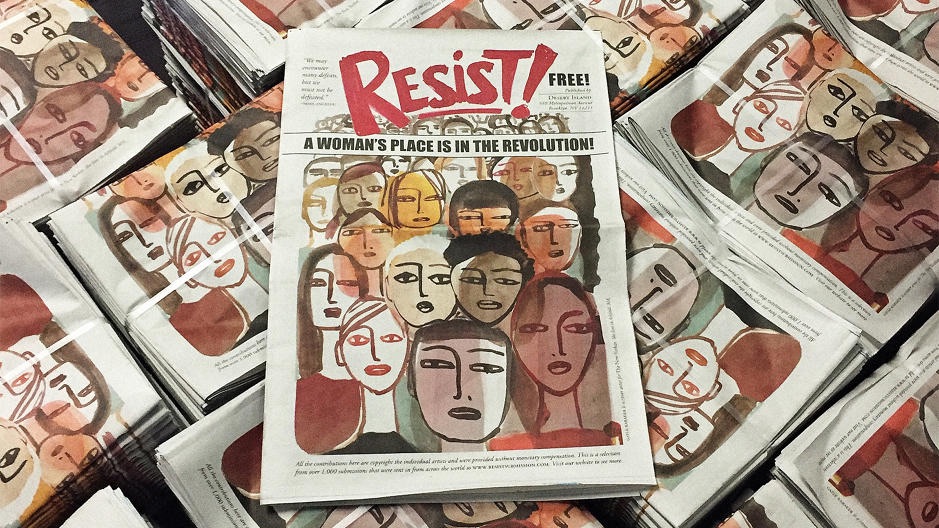 If you’ve been living in a cave since Nov. 8th…you lucky devil, you! But for everyone else, life since the U.S. presidential election has become a type of perverse Walter Mitty fantasy in which more than half the country – and most of the free world – continues to go to work while still fantasizing about how unbearably horrible their lives are going to be for the next four years. Once a haven for mindless distraction, even social media now resembles a war zone in which people tear each other apart in between photos of their lunch and their children. And everywhere online, people are calling for revolution.

It’s a natural reaction. The Internet is a veritable Hyperbole Machine in which people yank out their hair and their hearts over absolutely everything. Like an overly excited terrier, it’s really hard to take the web, or anybody on it, seriously. We’ve learned our lesson: Unless someone’s willing to put a little skin in the game in the real world, it’s all just pixels and puffery.

As if to emphasize this, the Jan. 20th presidential inauguration is going to be greeted not only with a multitude of protests, but its own souvenir program of sorts: a free printed tabloid called “Resist!” which will be circulated during the weekend of the inauguration and the Women’s March on Washington. With the tagline “A woman’s place is in the revolution!” Resist! boasts 40-pages packed with 143 comics, illustrations and other graphic pieces exclusively by women tackling not only the 45th president, but a number of social issues including health care and civil rights. 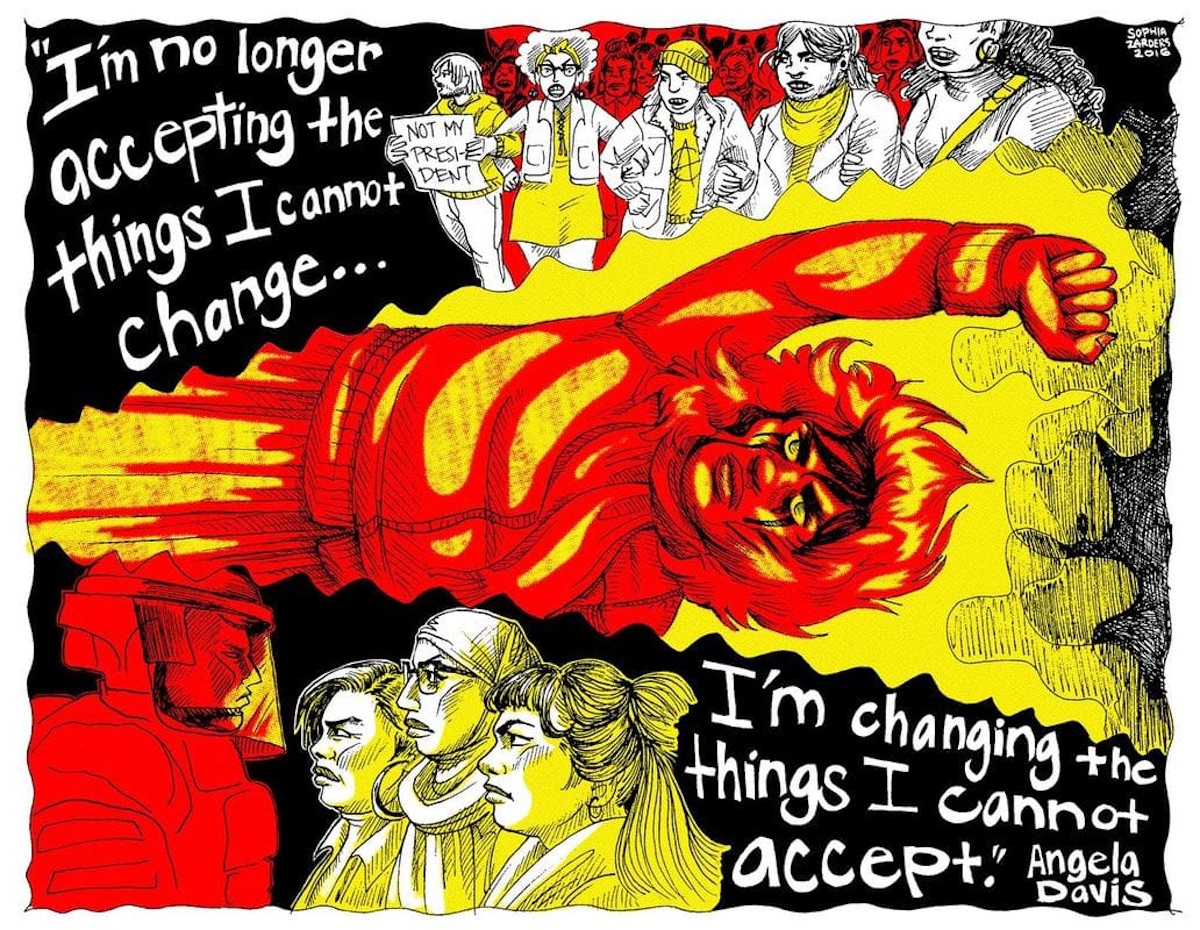 Admittedly such a one-shot publication could run the risk of being dismissed by detractors as little more than a passion project if not for its pedigree.

Though initially spearheaded by cartoonist and comic store owner Gabe Fowler (below, right), it became something more when he convinced underground comics pioneers Françoise Mouly (below, left), now art editor of The New Yorker magazine, and Art Spiegelman to help out. The couple completely transformed the underground scene back in the eighties with the comics anthology “Raw.” It was in serial form in that publication that Spiegelman demonstrated just how powerful sequential art can be with “Maus” – a story about the holocaust in which Nazis are depicted as cats and their victims mice –  based on the experiences of his parents during the war. “Maus” would later be collected in two volumes and go on to be the first graphic novel to win the Pulitzer Prize in 1992. 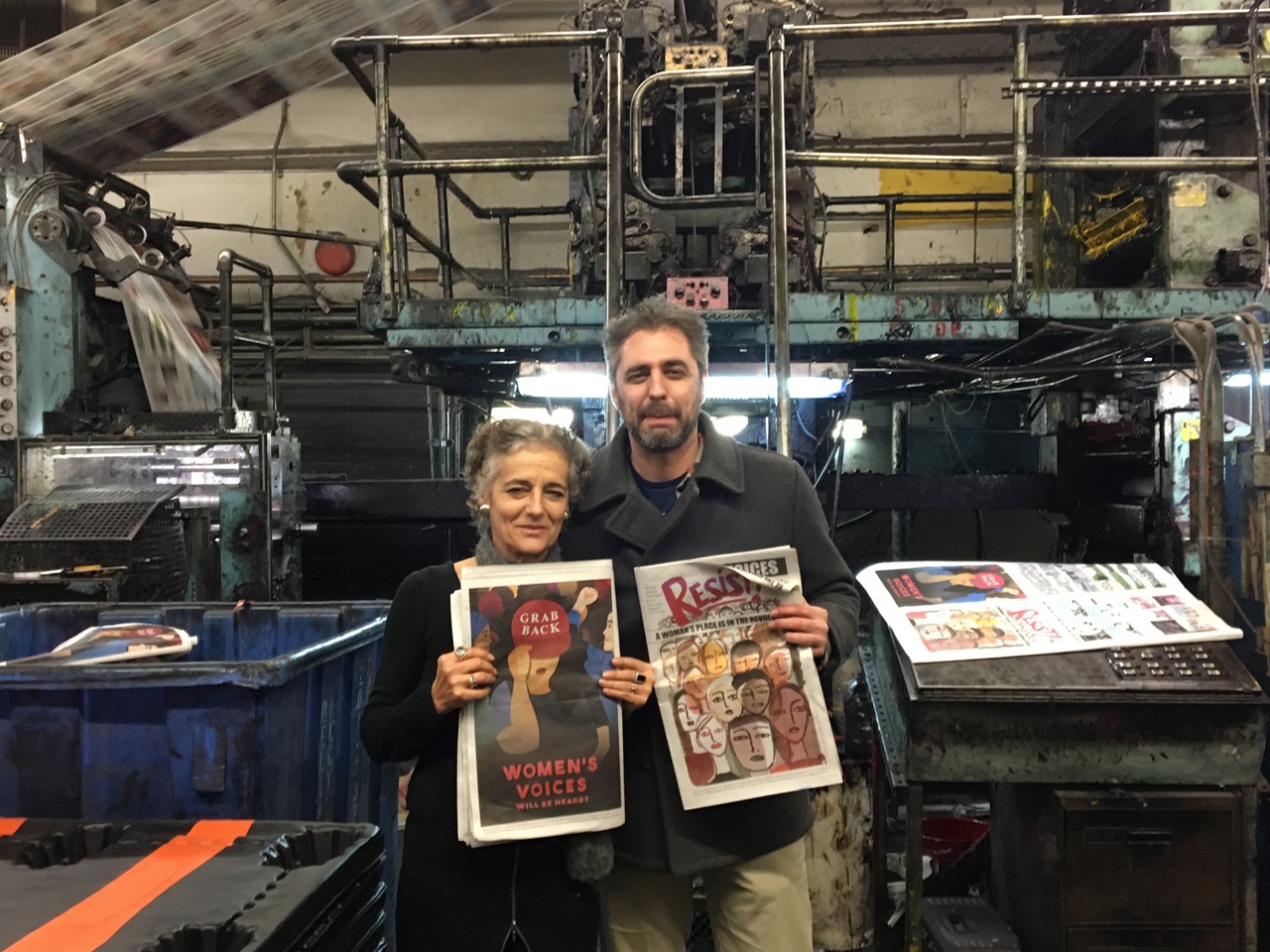 Spiegelman’s imprimatur will not only catapult “Resist!” onto the radars of a wider audience, it also acts as a not-too-subtle reminder of the incoming president’s own infamous appeal to white supremacists.

More importantly, though “Resist!” has a strong online presence, this is first and foremost a print product. As Mouly so eloquently put it to FastCoDesign:

“The power of print is if you can stop the flow of the river, you can see all the molecules….A physical object is such an affirmation. It is a snapshot, a record of what people felt but also a stepping stone toward mapping out the future. Once you see that this is possible, because it’s there, it’s in your hands, staining your hands with its newsprint ink, then you take heart in the future.”

And if there’s one thing this nation and the world needs right now, it is that. 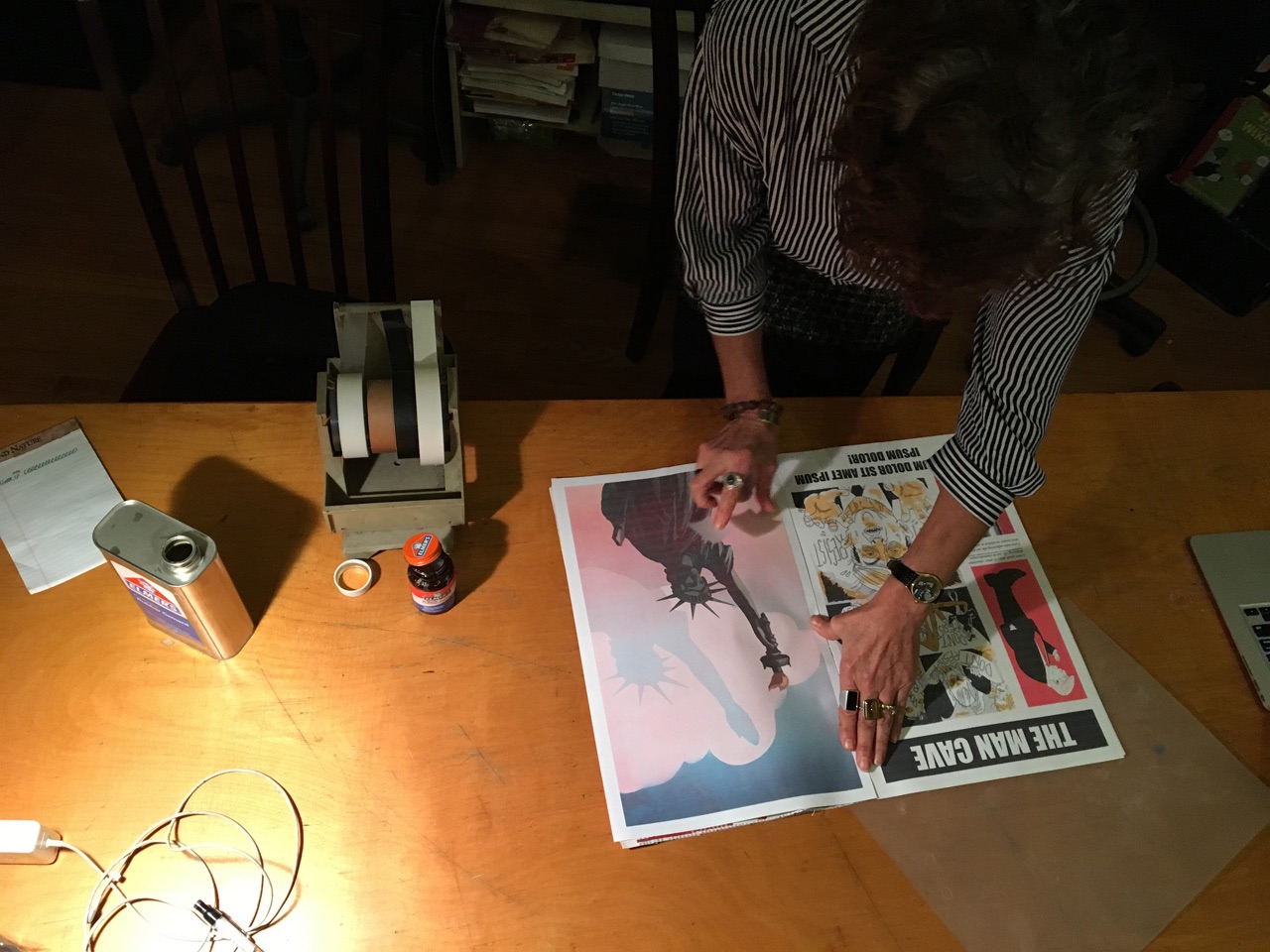