A Work of Fantasy You Can Never See

Occasionally you come across a project that is by turns beautiful and maddening, eliciting exclamations of “awesome, no way, beautiful, aw c’mon, really?” Exhibit A: the beautifully maddening “A Calendar of Tales.”

Born of BlackBerry’s “Keep Moving” campaign (we don’t get the connection either), the book contains 12 stories by novelist/comic book writer Neil Gaiman, one for each month of the year.

To serve as inspiration for each, Gaiman took to Twitter to ask his enormous fanbase questions about each month, such as “Why is January so dangerous?” From thousands of responses he drew the 12 best and used them as the basis for the stories. He then asked his fans to submit illustrations to accompany them. 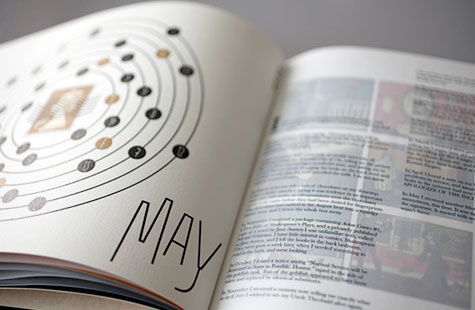 So far, so meh. That is until you see what London’s AMV BBDO agency did with it all. Between them, designer Sebastien Delahaye and art director Sonny Adorjan created a book boasting a selection of papers and printing techniques as fantastical as its subject matter. Screen-printed calendar illustrations on the left side of each spread; the stories themselves printed on translucent paper overlaying that tale’s main illustration; and each book wrapped in wax paper and sealed with Neil Gaiman’s crest.

So far, so beautiful. What’s the maddening part? Well…it doesn’t appear that you can actually acquire this literary artwork. Sure, you can access a digital version if you’re so inclined, but honestly it’s like gifting a famished person with a photograph of a scrumptious feast. Thanks a lot, BlackBerry. 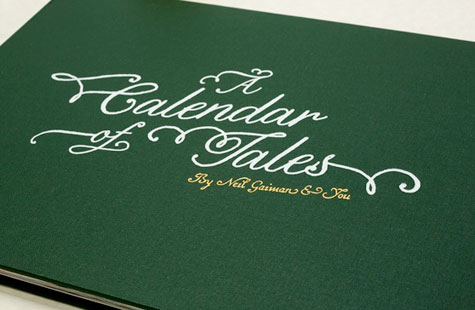 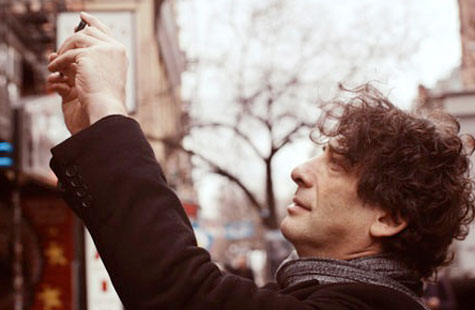 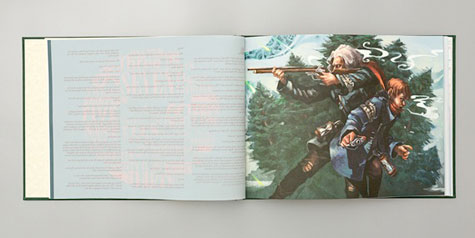