“I don’t think of work as my job, I think of it as my life. The engine of desire is what drives the accomplishment.”

Milton Glaser (b. 1929) is among the most celebrated graphic designers in the United States. Perhaps best known as the originator of the “I (heart) NY” logo and as co-founder of New York magazine, he has had the distinction of one-man shows at the Museum of Modern Art and the Centre Georges Pompidou. As a Fulbright scholar, Glaser studied with painter Giorgio Morandi in Bologna, and is an articulate spokesman for the ethical practice of design. He co-founded Push Pin Studios in 1954, founded Milton Glaser Inc. in 1974, and continues to produce an astounding amount of work in many fields of design to this day.

Will Sherwood asked Glaser to share with him his wisdom on the subject of design and making it in the design world.

What does it take to succeed?
That is one of those cosmic questions that have absolutely no answer. And I’m going to be very evasive about general questions because I don’t believe many of them are answerable. They end up in jargon. They say, “Yes, hard work, conscientiousness, early talent, good luck, support of the mother” and all the rest of it. But it’s so rarely informative that I have to admit that I truly don’t know.

The only thing I can think of was an illness in early childhood that forced me to become introspective. I had rheumatic fever when I was a kid, about 8 years old. That kept me bedridden for about a year. It seems to me that there are trials that occur early, that provoke introspection, and that may be responsible for the commitment to your own invention.

Of all your work, what are you most gratified to have done?
I can’t say I am most gratified by anything. I think the issue for old-time professionals is sustaining, right? What you want to do is keep working until you die. My great hope, and I’ve said this before, comes from an essay that I think is by T.S. Eliot on the subject, where he says, “The greatest blessing in life would be to die in the midst of work.”

Would you do anything differently?
Oh, probably thousands of things.

Anything that stands out?
Not really. It’s so hard. As the Buddha says, “Good yields evil. Evil yields good.” So it’s impossible to understand the consequence of any single action. As Groucho Marx said, “If I’d known I would live this long, I would have taken better care of myself.” But, outside of that, I don’t know if I could have done anything else.

Really? How do you get clients? By meeting people and networking?
Stumbling into people. Doing work that people noticed.

I recall the coffee table book “Milton Glaser: Graphic Design.” Do you think that helped you to become recognized? Perhaps award shows?
Oh, I don’t know. I don’t even know how to answer that. I think people seeing your work helps your business.

I think entering award shows can be questionable because very often you don’t understand the vested interest that’s involved in putting them together. And they become a kind of trick of magazines and institutions to support their own efforts. And you have to be wary about it, although it is the way that people get noticed. It indicates that somebody approves of your work, and therefore it must have some credibility. But I haven’t done very much of it in recent years because I became well known enough without it. 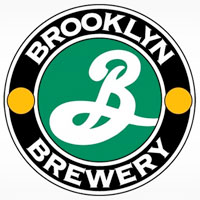 Do you attend workshops or seminars? I know you give those on occasion. However, have you ever taken those to improve your skills?
The only one I can think of recently was about 10 years ago. I took a workshop on how to make monoprints. And I used the information that I learned to produce a series of drawings to illustrate Dante’s “The Divine Comedy.” That particular workshop was exceedingly useful to me.

If someone new to our industry were to ask you how to build and sustain a career, what would you say?
(Laughs) Well, you have to work your ass off. You have to think about that as being the primary issue in your life. You have to pursue whatever talent you have and develop it. Oh, I don’t know. All of the banal things that people will tell you about your own energy and desire are true, but you simply have to work hard. I don’t think of work as my job, I think of it as my life. The engine of desire is what drives the accomplishment.

Is there any additional advice you might give to someone just starting out?
Not outside of working hard. I mean what else is there to do? And it’s probably very good from a business point of view to be nice to people that you meet because they may re-enter your life. And I suppose networking for business is an important part to sustaining a livelihood. I’ve never done it, but I suppose from a business point of view it’s an essential part of building your career.

Copyright 2012 Will Sherwood. This article reprinted with permission.