Beck’s Next Album: Sheet Music Only

Leave it to McSweeney’s – the US publishing house that’s turned design on its ear with magazines Lucky Peach and The Believer, and a host of books – to transform music into a feast for the eyes as well as the ears.

Coming in December, “Song Reader,” the next album from musician’s musician Beck, will be comprised of 20 never-recorded songs that exist solely as sheet music. Granted they’ll be printed in McSweeney’s kitschy-classic style “with full-color, heyday-of-home-play-inspired art for each song and a lavishly produced hardcover carrying case.”

It will feature art by Jessica Hische (she did the film titles for this year’s movie “Moonrise Kingdom,” and you’ll know her carnivalesque typography from all those hardback Barnes & Noble Classics) and many others. Most intriguing, because there are no “master” recordings of songs like “Do We? We Do” and “Don’t Act Like Your Heart Isn’t Hard,” the tone and performance is dictated completely by the purchaser playing them at home. 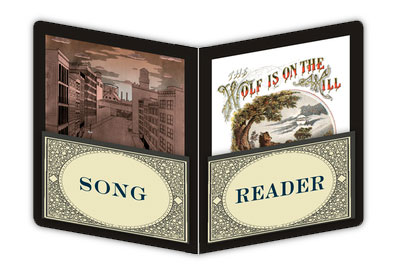