‘No Wonder You Love Paper’ Campaign

After its public row with Google over the search company’s “digital is ‘greener’ than print” promos, paper sustainability group Two Sides this month is taking its message directly to consumers. Starting with the June issue of National Geographic, a number of publications are running Two Sides ads designed to clear up myths about paper’s ecological impact. The push is part of a campaign called “No Wonder You Love Paper.”

“Two Sides research shows that 70% of polled U.S. consumers, including 69% of 18 to 24 year olds, say they prefer to read print and paper communications rather than reading off a screen,” says Two Sides President Phil Riebel. “But Americans also have many misconceptions about the effects of paper-based communications on the environment.” 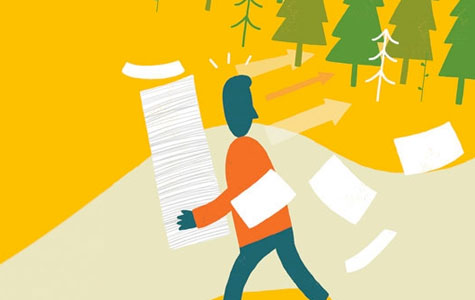 By and large, those misconceptions revolve around the extent to which the paper industry negatively impacts the number of trees on the planet. According to Two Sides, 65% of the paper produced in the U.S. each year is collected and recycled, and there are now 49% more trees in this country than there were just 50 years ago.

Says Riebel, “When people are aware of the facts, they can not only enjoy the many types of printed media they encounter every day, but also can feel good knowing that by choosing ink on paper they are supporting one of the most sustainable products on the planet.”