Give Them Paper, They’ll Make Worlds

Paper may not necessarily change the world, but it sure as heck can serve as the raw material for magical new ones. Bristol, England’s Davy McGuire has transformed a childhood obsession with creating tiny houses out of paper into an exquisite art he now shares with his wife, Kristin.

Though the couple happily constructed little Edwardian houses, trees and wildlife from paper when they first got together, a flashlight Kristin placed behind a pop-up book in 2009 inspired them to explore the possibilities of transforming a book into an actual theater show. As this piece in The Guardian explains, “Even the Mcguires aren’t entirely sure quite how they should describe what they do, which embraces installation, dioramas, music videos, animation and performance.” 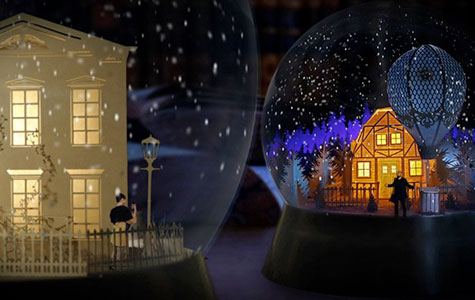 Their first theater piece, “The Icebook,” became a minor international sensation and a calling card for what they can do with painstakingly detailed paper cutouts, well-thought-out lighting, and their own poignant performances.

Since then, they’ve adapted Diana Wynne Jones’ children’s novel “Howl’s Moving Castle” on stage (with pre-recorded narration by British wit and Twitter phenomenon Stephen Fry) and, in July, put on another performance in East London called “The Paper Architect.” 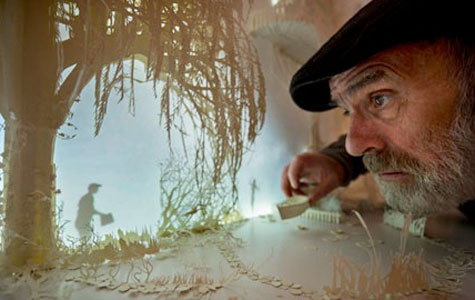