Lisa Frank and the 'Rainbow Gulag'

As the year winds down, we take stock of the leading luminaries in various fields we’ve lost in 2013. In addition to those who’ve passed away, we can now add the reputation of Lisa Frank, the person behind one of the most successful school-supply brands in history, according to Jezebel.com. This isn’t the type of piece we’d normally run, but the story is just so odd – and instructive – it seemed a pit not to share it.

While it’s always nice to discover that the rich and famous have feet of clay like the rest of us, you can’t help but feel there’s a deeper lesson here for all creatives.

Lisa Frank is the founder of Lisa Frank Inc., which has been steadily pumping out children’s stationery, stickers and related goods since 1979. You know the sort of thing: psychedelic rainbows and unicorns and fluffy kittens – pretty much anything designed to appeal to what young girls. At 25, Frank scored her first million dollar deal. Nine times out of 1o that means trouble ahead…

As she grew older and more successful, she grew more reclusive. Only a couple photos of her have been circulated, and she declined to appear on camera during a rare interview promoting a partnership with Urban Outfitters in 2012. Again, not a good sign. 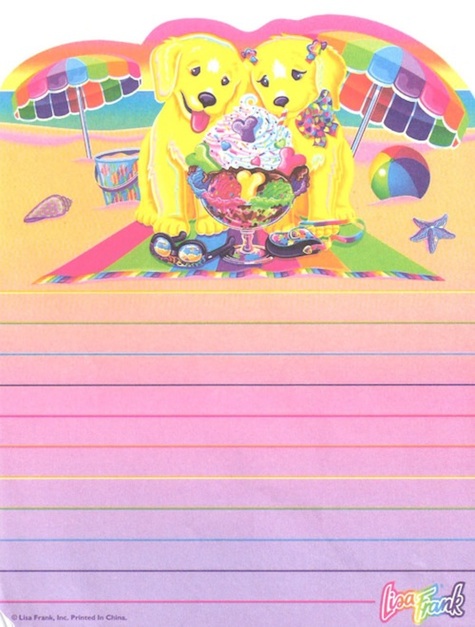 While families and children have bought up all of her whimsical creations over the years, former employees interviewed by Jezebel allege that actually working at Lisa Frank Inc. could be downright nightmarish. Said one person:

“Every person who ever worked there seemed to have a case of PTSD from it. ‘Rainbow Gulag’ is really an apt description.”

The Jezebel piece makes gripping reading, and comes the same week that the co-CEO of another children’s institution, Archie Comics, is being sued for allegedly wielding power like an unhinged despot, too. While it remains to be seen what’s behind the Archie case, we can probably take a stab at what’s behind this one.

The power of ‘no’

When a business person makes a lot of money very early in their lives, they occasionally acquire a god complex. When it’s a creative person, there’s the possibility that this phenomenon becomes even worse. (Warning: armchair psychology session ahead.)

That’s because however confident a young business person is, they usually have a healthy respect for the bottom line. If their first few ventures nudge them into the red, more often than not they will begin to listen to other people’s council.

Creatives, on the other hand, are often more concerned with realizing their artistic visions than poring over sales numbers. If items fail to sell, it’s very easy to dismiss the public as a bunch of philistines who simply “don’t get” the pieces in question. And when those pieces do sell? There’s no reason to listen to anybody, period.

At the end of the day, the Jezebel piece is the perfect read for the week leading up to the holidays. We shake our heads at the story of a creative who might have gone too far, thank our stars that we don’t work for a boss like this, and get on with our day.

But we might also wonder how well we might’ve turned out if we’d made our first million at 25, and what type of boss we might’ve become if our talent and vision hadn’t been tempered by the ups and downs of the marketplace. A chilling thought indeed.