We’re no great fans of the zombie mania that’s taken over our culture (especially as some of us see the shambling dead daily in our meth-head neighborhood), but this little project really slapped a big ol’ smile across the face. “Hollywood is Dead” is a hardcover coffee-table book of illustrated posters for movies from the ’60s to today, all with a zombie twist.

So far, so join-the-over-saturated-crowd, right? Not exactly. Each poster is hand-painted, not some cheap Photoshop job. And they’re hand-painted by Matt Busch, an artist who done official illustration work on a number of the properties he parodies here, from the “Star Wars” and “Lord of the Rings” franchises to “The Walking Dead” (known in our house as “No I’m Not Watching a Zombie Series No Matter How Good You Say it is”). 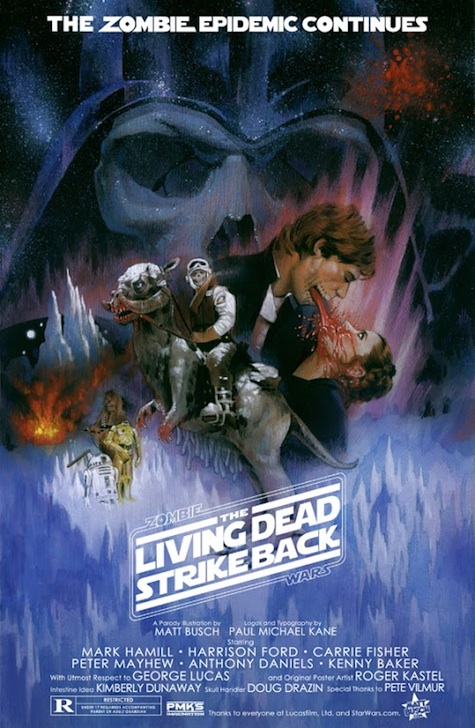 The book’s Kickstarter page (I know, I know, the Web equivalent of the wino hustling you for change at the stop light, but still) claims Busch was heavily influenced by Mad magazine and those “Wacky Packages” trading cards of the ’80s, and it shows. By far our favorite poster here title-wise is the “Breakfast at Tiffany’s” sendup “Breakfast is Tiffany”, but there’s a lot more to like here.

Find the Kickstarter page here, and check out the video. We could’ve sworn he says the whole project began because Lucasfilm requested something like this. If true, this almost makes up for “Star Wars Episode I: The Phantom Menace.” Almost. 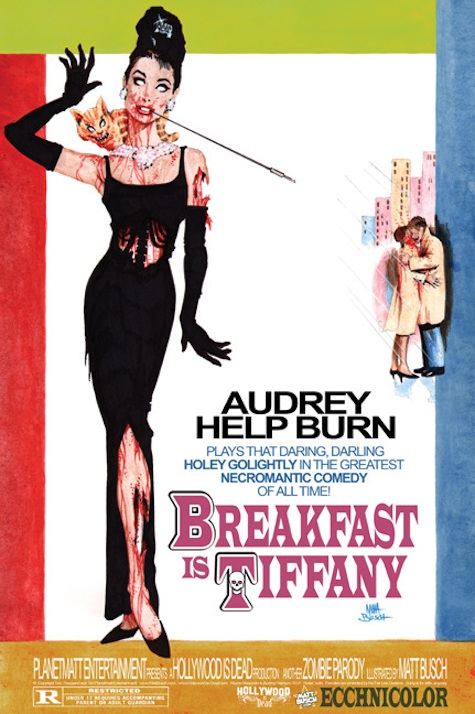