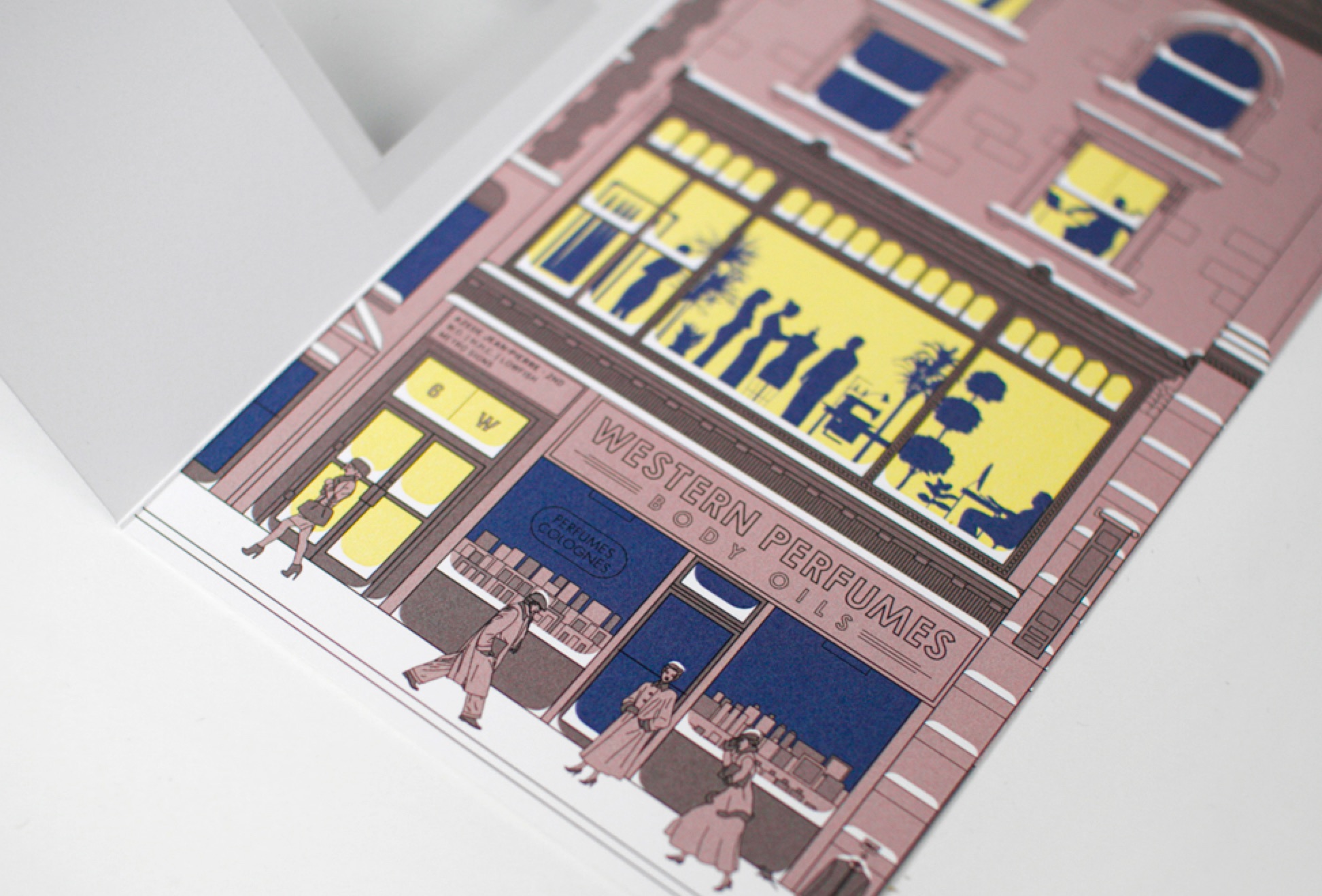 As our eyes glaze over and we struggle through the pre-holiday countdown, we’re giving business cards a miss this week in favor of looking at some fun corporate holiday cards. Right off the autoexec. bat. we tackle a DOS-based greeting, enjoy the architectural achievements of one for a New York City fashion label, and engage in a little die-cut fun with the holiday cards for a paper company. And then we hit the eggnog like there’s no tomorrow.

There’s something quietly disarming about this holiday card by self-described communication designer Will McKenzie. While most of us rarely see this command-line format anymore thanks to the gentle mercies of Windows and the Mac, those of a certain age will feel a slight tug of dread at the sight of it – like a rabbit glimpsing something moving in the heather. Then the gentle humor hits home as we at last read it. And the whole kit and caboodle is foil stamped on Arjowiggins Curious Matter for that sandy, silky feel. 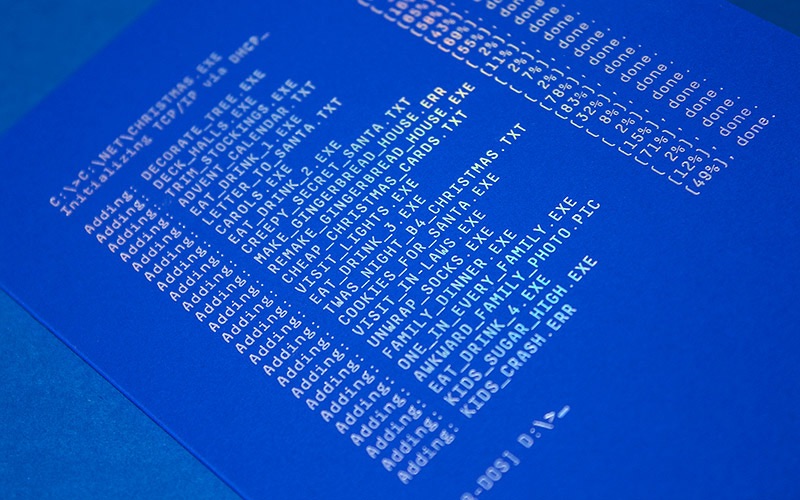 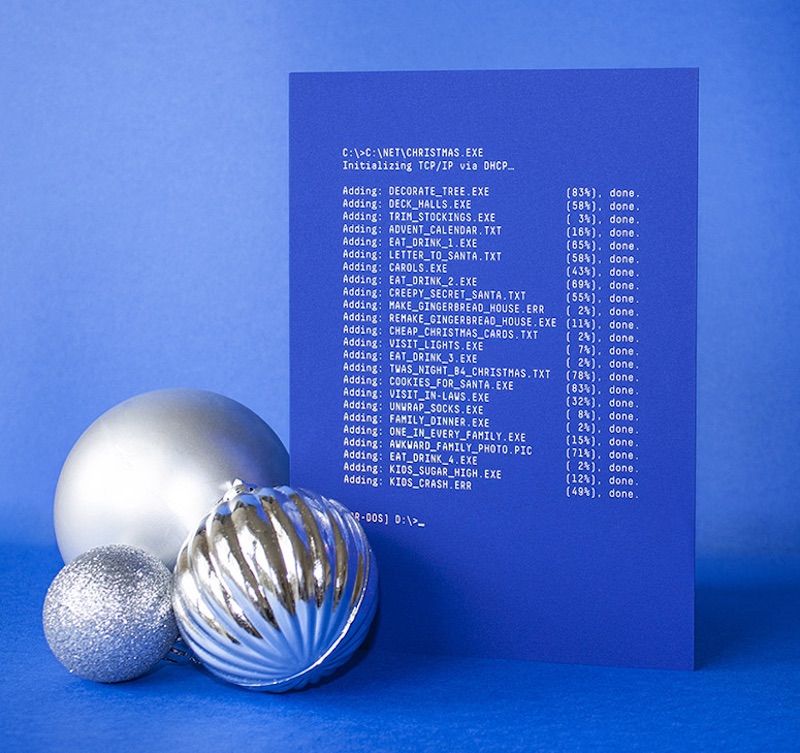 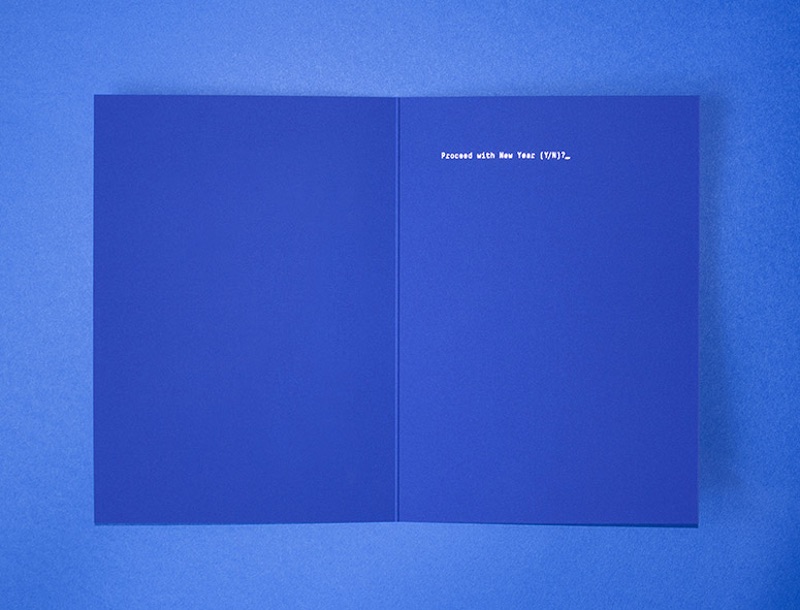 In the heart of New York City’s Flatiron District, women’s fashion label Azede Jean-Pierre is housed in a historic building with a distinctive look. Designer Joseph Veazey captured this beautifully in the holiday card he crafted for them. It’s worth quoting at length from his description to give us a better appreciation for his thought process:

“The studio occupied a room on the second floor of a historic building, with a floor-to-ceiling window facing the street. Leading up to fashion week, the team would often work late into the night, and from the street you could see a bright large window surrounded by darkness, with several designers bustling around inside. The card in its closed state was meant to symbolize the studio in this state at night. When it is opened it reveals the rest of the building and sidewalk. Pigeons roosting on the front of the building were printed on the front of envelope as well, with one perched on the logo printed on the back flap.” 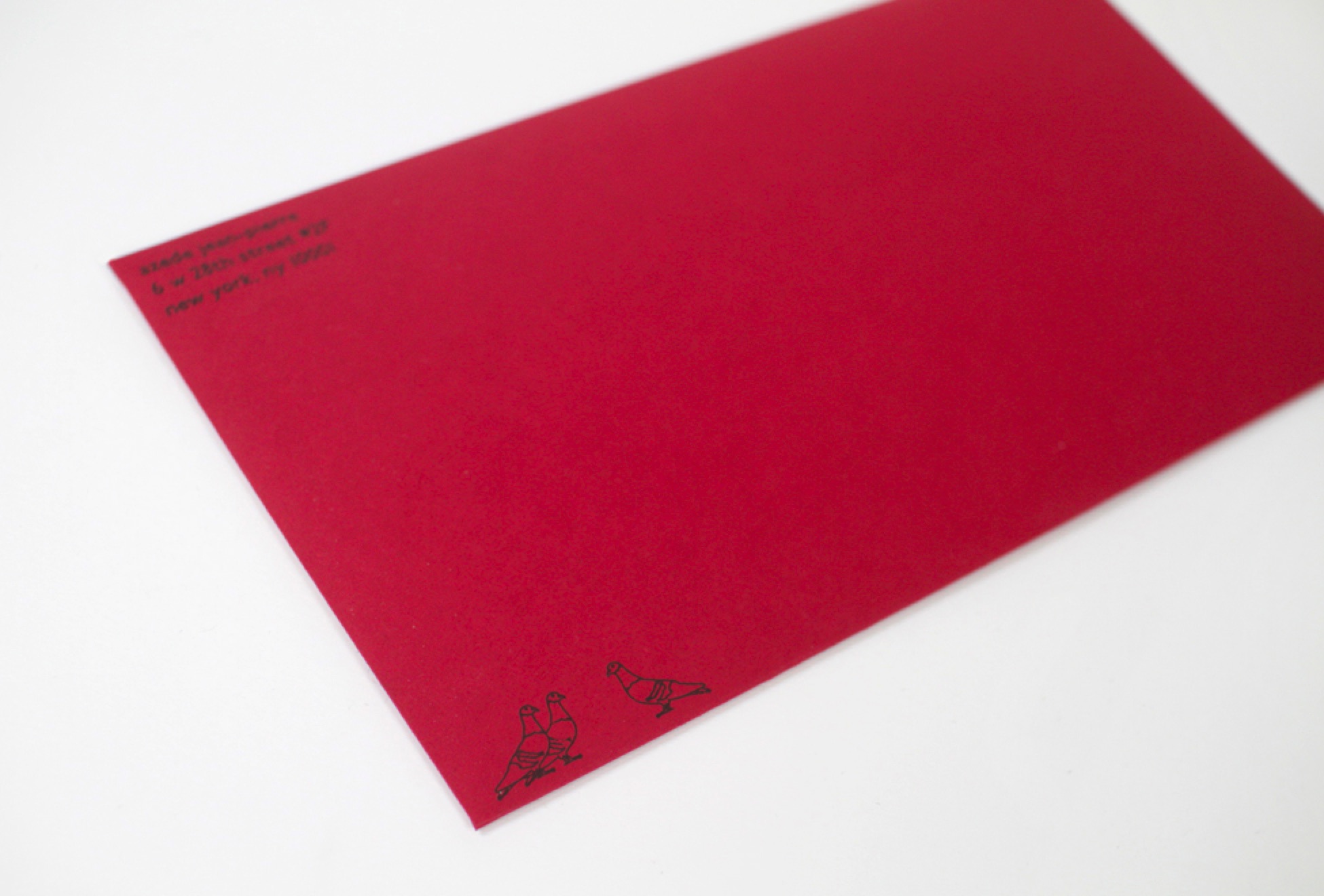 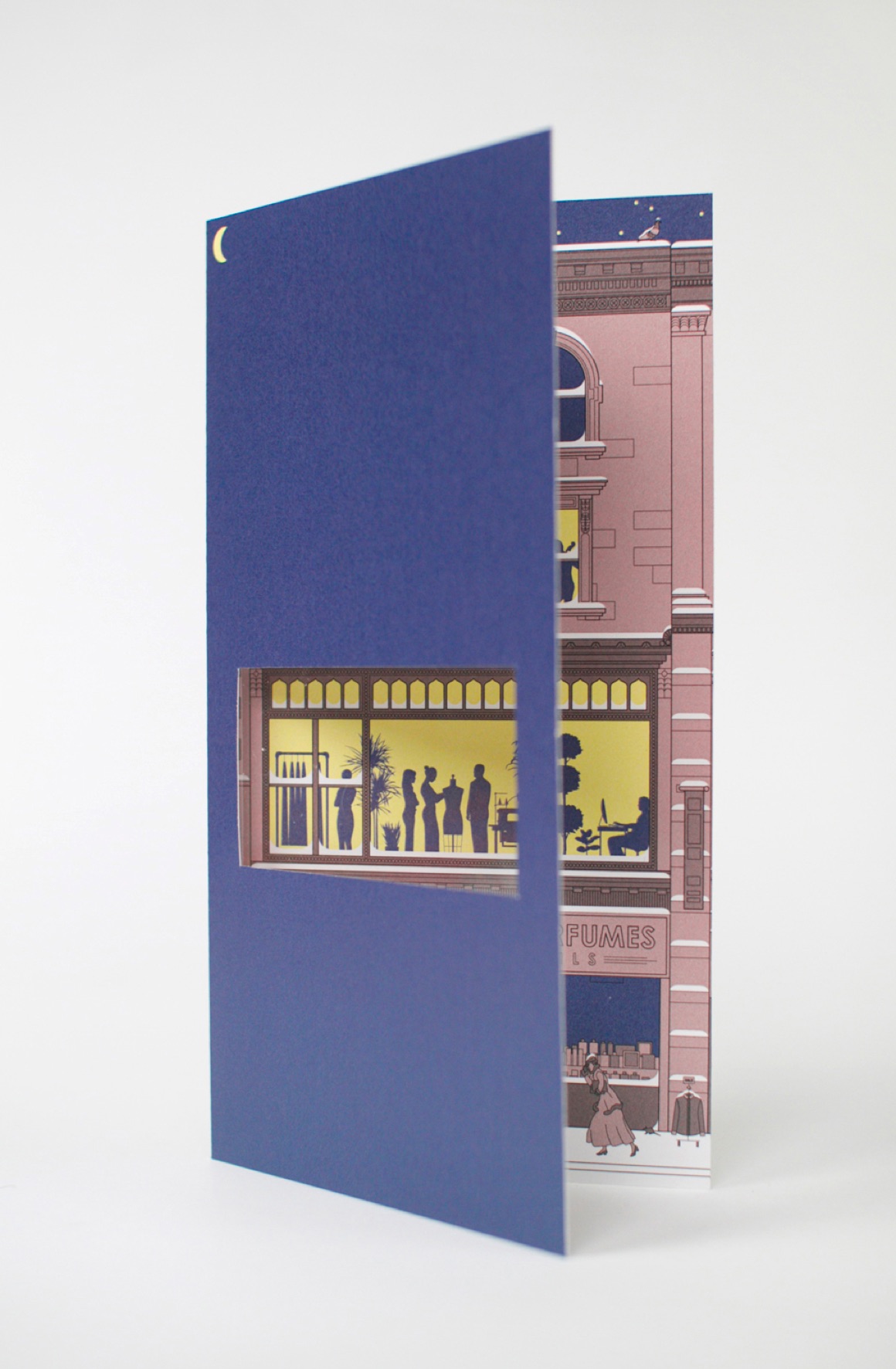 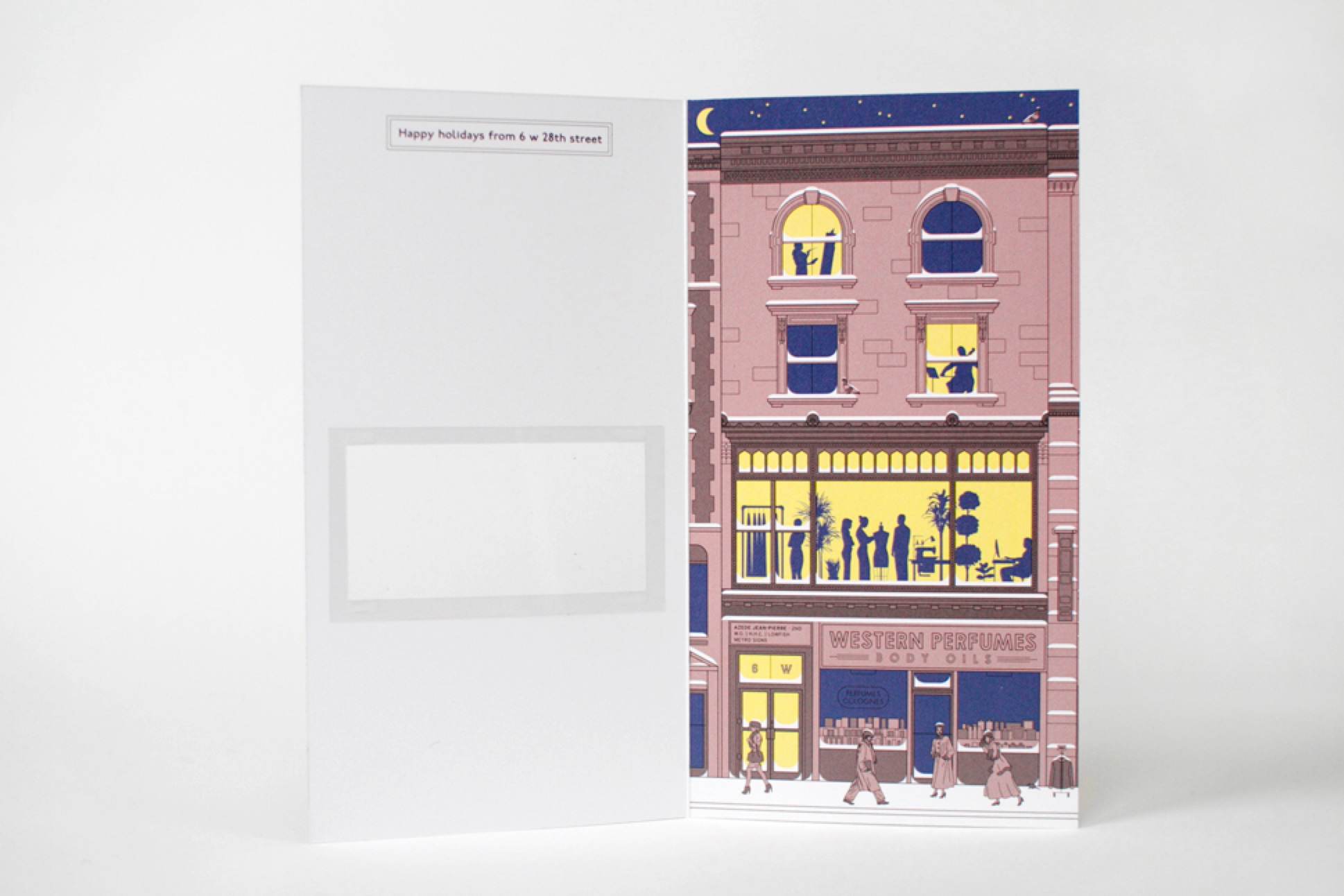 When you’re a paper company respected by paper lovers for always trying something new, you can’t very well send out humdrum holiday cards. The following is one of those concepts better explained visually than in words. Let’s just say we greatly admire how much Blast achieved by placing just the right die cuts in just the right places: simple yet effective. 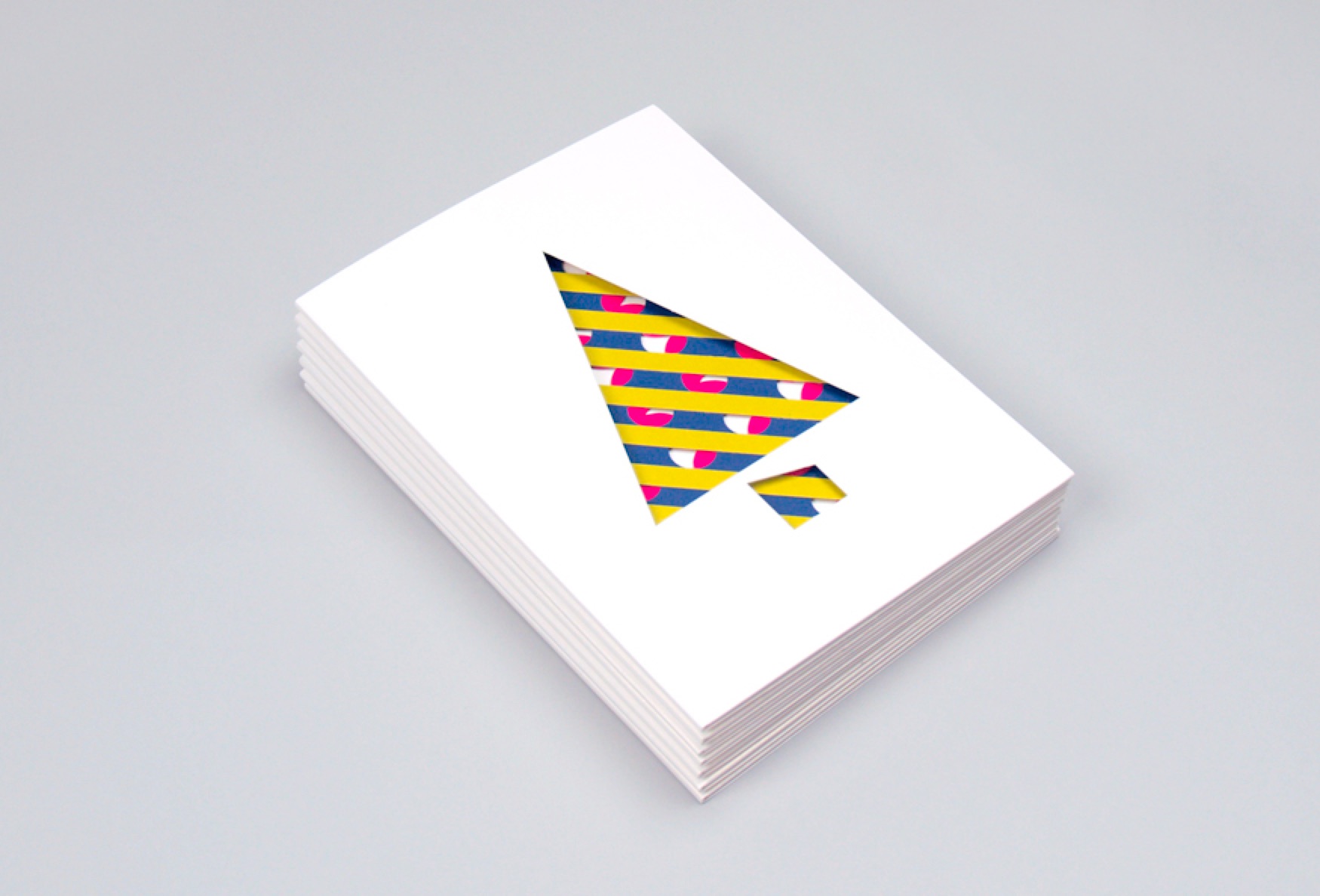 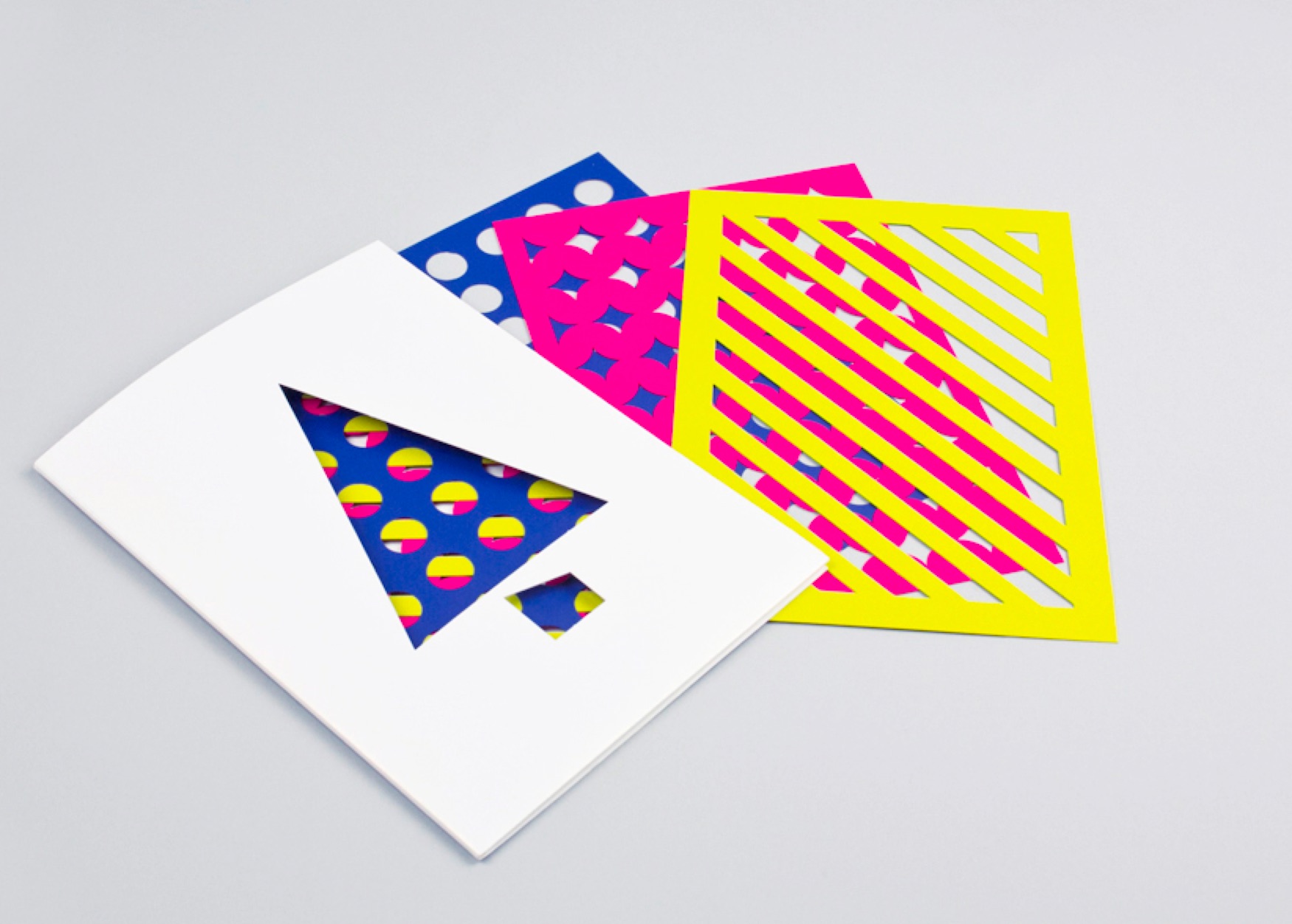 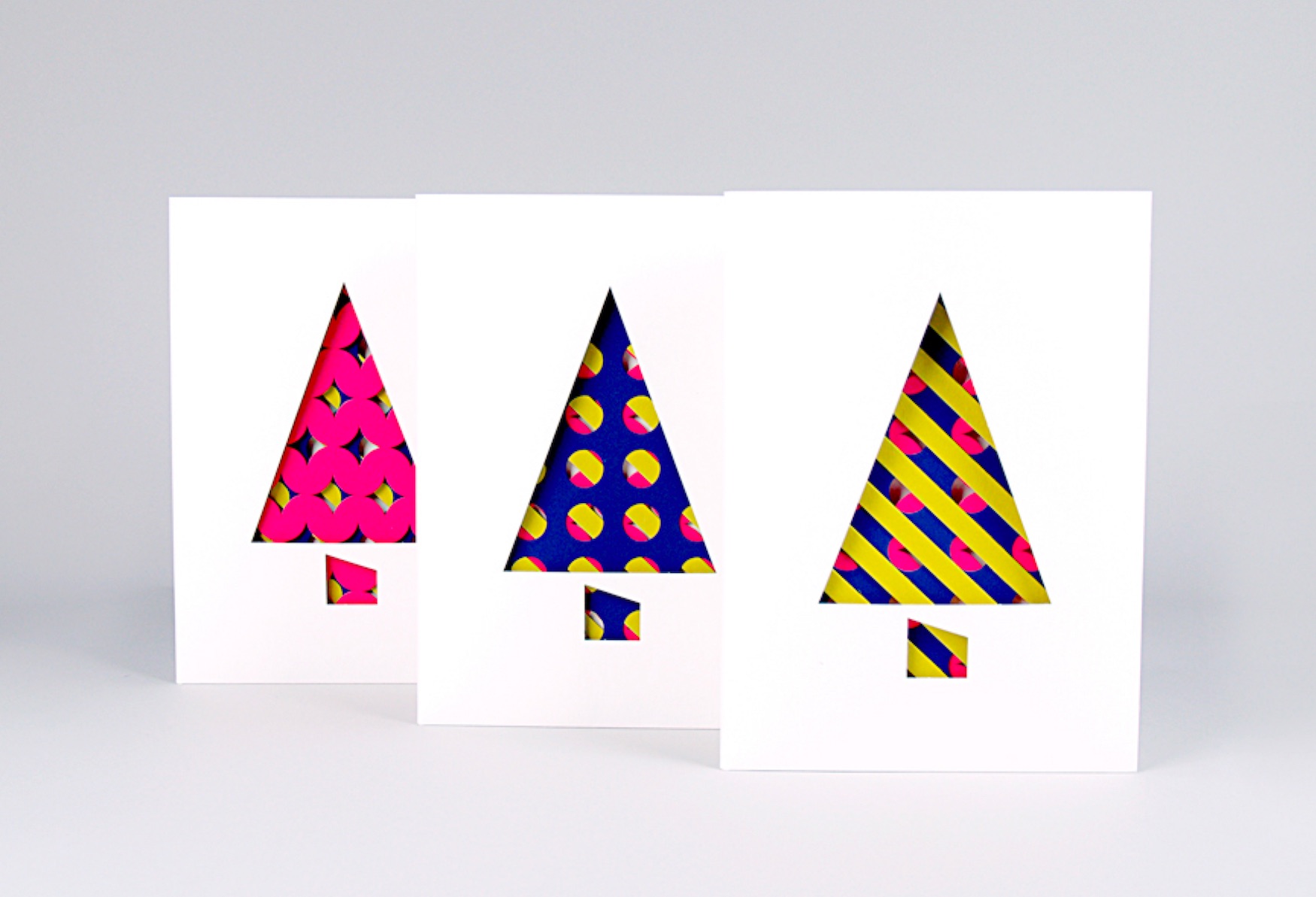