Ambition is no rare commodity in the comic book industry. To highlight a DC Comics-wide story arc this month that sees villains beat the pants off every major superhero in 53 titles, the company commissioned special full-wrap 3D covers for each issue. Touted as one of the first truly “high-definition” lenticular publication covers, the comics are arresting, impressive…and caused headaches from one end of the globe to the other.

The covers employ a new technology called Extreme Vision from lenticular printing and design company National Graphics Inc. Each cover is made up of five layers of artwork printed on lenticular lens plastic that’s half the thickness of the traditional variety. The result is a cover that is nearly as soft and pliable as a normal high-grade comics cover. (NGI also markets the technology for commercial mailers, flat and curved-surface mailings, and soft packaging.)

The DC Comics run of 2.5 million issues beat the previous record holder, a limited edition Rolling Stone issue of 100,000. It also caused major problems as the plastic sheets had to be printed in China, then ferried to Canada (where the inside pages were printed) because the weight of the sheets made them too cost-prohibitive to fly.

Even after cover and pages were united, test runs came back with muddied artwork and other aberrations caused by how the layers were sealed, heat fluctuations, and simple first-timer errors, according to CNET. Even barcodes had to be checked to make sure their 3D counterparts still worked.

The takeaway for those wanting to experiment with the new technology? Keep an eye on shipping costs, build in a significant lead time for transportation and error correction…and don’t ever turn your back on a villain. 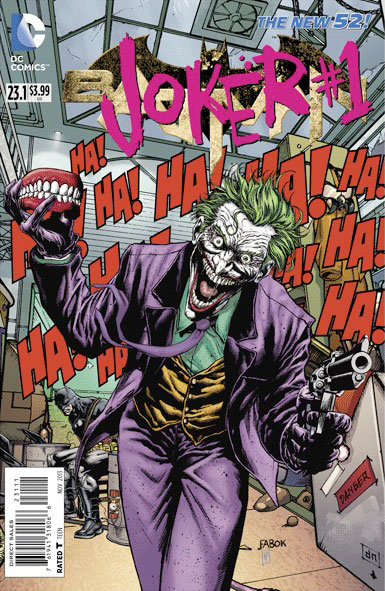