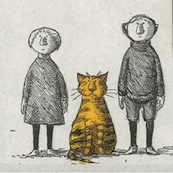 If you are of a certain age, and let’s face it, a certain ghoulish disposition, you are probably a fan of the late Edward Gorey and his off-center illustrations. Probably best known for his opening animation for PBS’s “Mystery!” series, he can also be found on many bookshelves thanks to a number of works, including “The Gashlycrumb Crumb Tinies” (“A is for Amy who fell down the stairs. / B is for Basil assaulted by bears”).

Now Pomegranate has brought out “Floating Worlds: The Letters of Edward Gorey & Peter F. Neumeyer.” And lest you think this is another one of those all-text volumes that reads like two bitchy old Oxford dons complaining about a lack of a military draft for the young, take a gander at this: 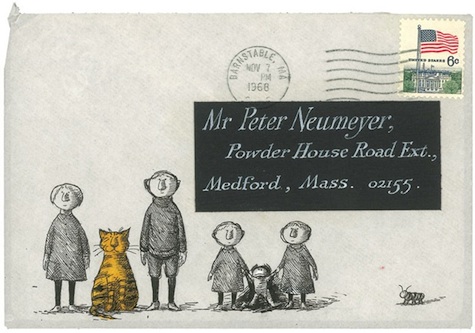 For more than a year, Gorey and Neumeyer exchanged correspondence, ostensibly to plan a series of children’s books on which they were to collaborate. But Gorey being Gorey, that correspondence became one more canvas on which to draw. 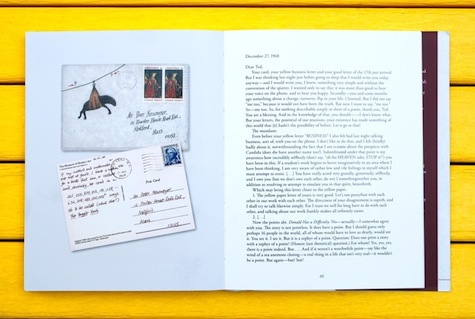 In all, the book features the text of the correspondence, as well as illustrations from the envelopes of 38 letters and 60 postcards. Not only does it remind us of why the artist was so beloved, you can’t help but also be reminded of just what has been lost as letter-writing has been supplanted by the sterile emails of today. 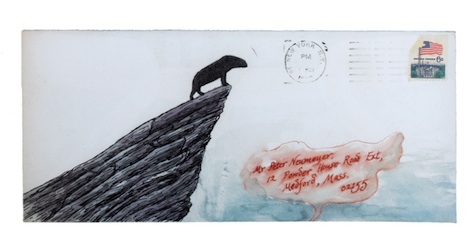