Naming a bakery/sandwich shop “Che” in Boulder, Colo. isn’t necessarily that controversial. There are certainly plenty of people there and in other traditionally left-leaning areas who still have a soft spot for Argentinean revolutionary Che Gueavara, or at least for his ubiquitous image. But many forget Guevara acquired his nickname because of his frequent use of the Argentinean term of address meaning “pal” or “friend.”

Striving to reclaim that original meaning, the founders of the “Che” cafe in Boulder adopted a more light-hearted symbol of Argentine identity: the llama. With the slogan “We put the ‘che’ in ‘sandwiches,’ ” the company employed Cast Iron Design to come up with a similarly whimsical identity, and boy did they. 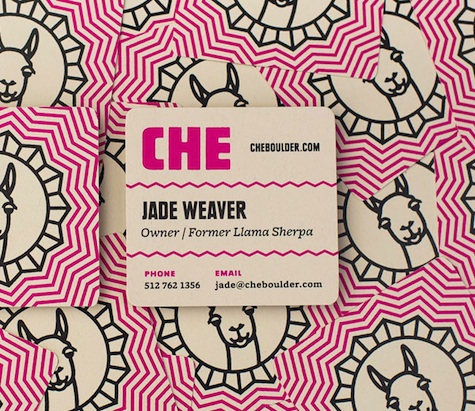 Feel free to gaze upon signage and all the rest here, but we fell in love with their stunning business cards. Whose heart is so stoney that they could ever part with them? 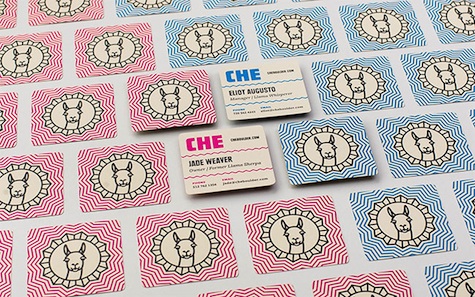 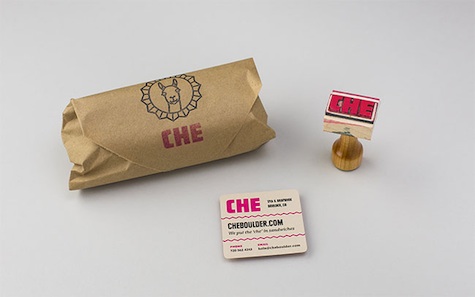