Online lodging rental service Airbnb has decided what it really needs is a print magazine, and apparently is working at lightning speed to push one out this month. The 128-page (no ads) Winter 2014 premiere issue of Pineapple features content about three cities Airbnb users can’t get enough of: London, Seoul, and Airbnb’s own San Francisco. (The title comes from the fruity symbol of hospitality traditionally bestowed in colonial New England.)

The new magazine, whose goal is “to explore our fundamental values: sharing, community and belonging,” will be sold at bookstores for $12, with 18,000 copies  circulated free to hosts globally, including at the Airbnb-hosted Seoul Design Festival this month. 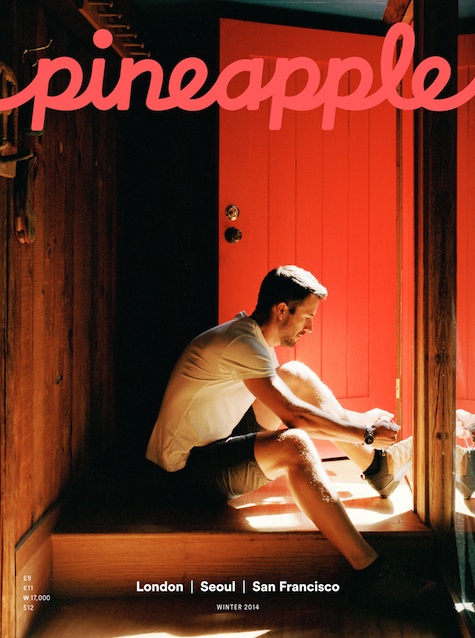 The move is one more indication of the legitimizing power of print, and of companies’ understanding of that power. Airbnb, like its ride-sharing cousin Uber, has faced threats of regulation in some jurisdictions recently, and doubtless some people still have trouble with the idea of renting places to strangers this way. A nicely illustrated magazine – no word yet on how often it will be published – could go some way toward elevating the service’s reputation in the minds of some.

Earlier this month, technology website CNET made the same jump to print with the $5.99, 128-page CNET magazine.