A Tale Where Paper and Digital Meet

This is the story of a story told through an unusual wooden notebook, a digital version holding even more secrets, and the actions of the people who received it.

Dubbed the first of its kind, the “These Pages Fall Like Ash” project last month sent its paying (about $18 each) audience to wander the streets of Bristol, England, using clues in the physical, limited-edition notebooks to discover various wireless hard drives scattered around town. (Participants read the digital content using their smartphones and Wi-Fi-enabled Tablet PCs.)

As story composer Tom Abba explained it, people found the hard drives because they had the book, which helped them make sense of what they found digitally, and vice versa. Yet “the two mediums behave[d] interdependently.”

In essence, each player became a part of the story, which was about two cities that exist in the same space simultaneously, and two people struggling to hold on to their fading memories. Author Neil Gaiman (“The Sandman” comic series, “Coraline”) was one of the writers involved.

And in case there’s any confusion about which medium Abba favors:

“I’m firmly of the opinion that the book – as an artifact we value, want on our shelves and will reread with increased pleasure – isn’t going anywhere. I’m also convinced that the eBook is nothing more than a pale imitation of the book.…. eBooks aren’t books, and they’re not digital writing either – they’re the worst of all possible worlds.” 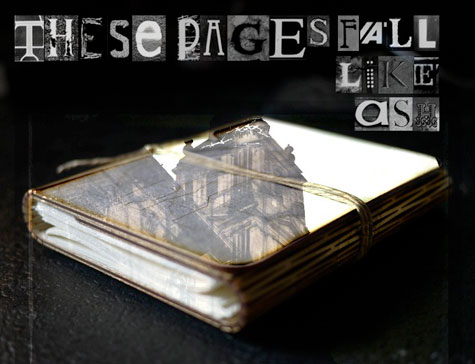