Racing, Bourbon, and the Future of Premium Packaging Design 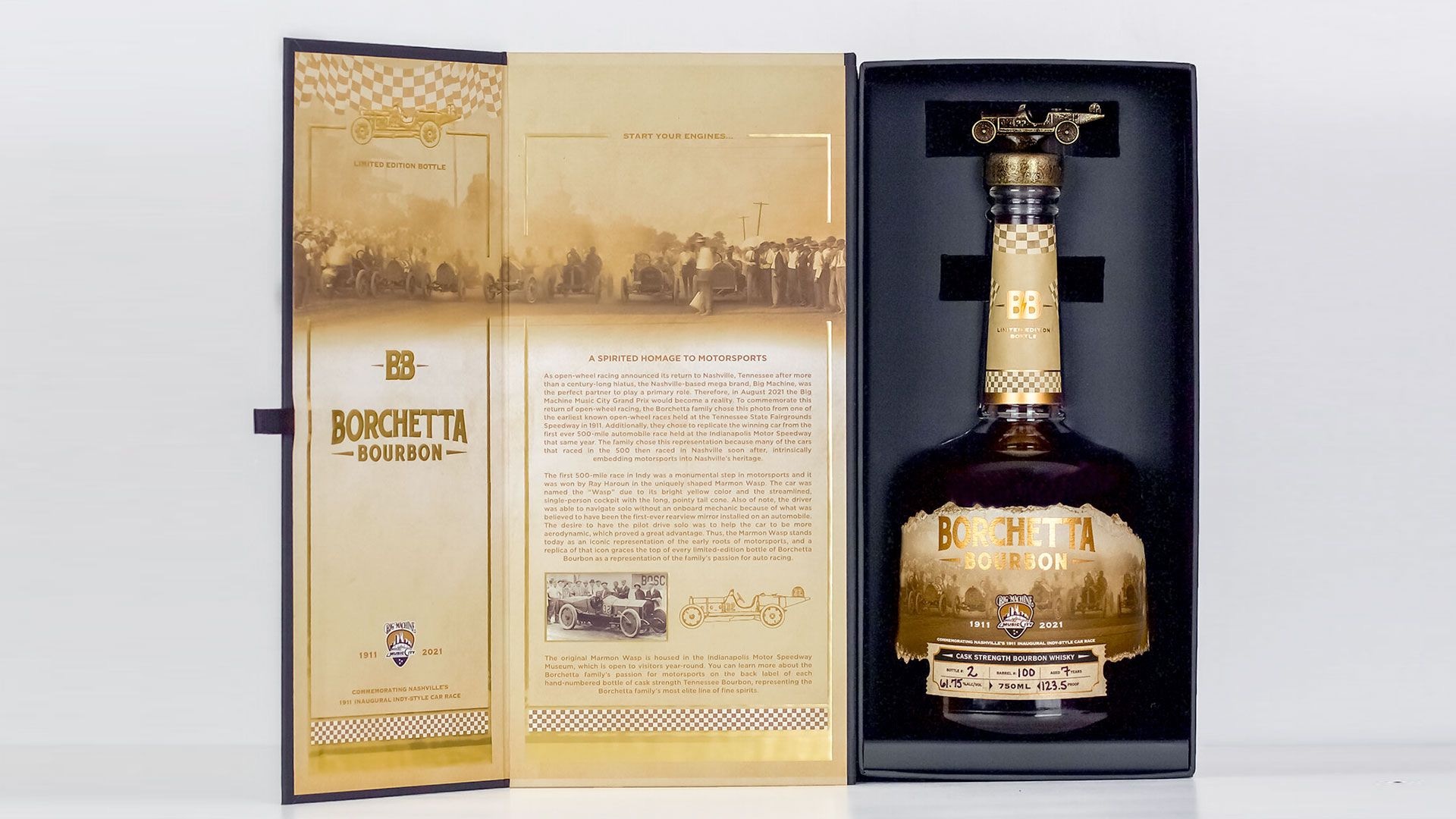 When Borchetta Bourbon debuted a week before the Big Machine Music City Grand Prix IndyCar race in Nashville earlier this year, its limited-edition packaging didn’t simply celebrate the sport itself, it also gave designers everywhere hope that the race to turn around premium packaging might soon become much easier thanks to the pairing, under 1 roof, of 2 cutting-edge technologies: high-speed inkjet printing and digital embellishment.

Creating Print Packaging at the Speed of Digital

Big Machine Distillery, owned by music mogul Scott Borchetta (Founder and CEO of Big Machine Label Group, which has been named “The number one independent record label in the world” by Billboard Magazine), wanted to commemorate one of Nashville’s earliest Indy-style car races with a new offering: Borchetta Bourbon.

They even had the perfect cork in mind – a miniature figurine of the Marmon Wasp, the first car to cross the finish line of the inaugural Indianapolis 500. All they needed was an equally attention-getting commemorative box for the bottle. What they came up with was not only powerful but went from the design stage to finished product faster than anyone would’ve thought possible.

Using Futuristic Technology to Honor the Past

For production they turned to NAPCO USA, a leader in the premium custom packaging industry, for 2 very important reasons: their recent installations of both Konica Minolta’s AccurioJet KM-1 LED UV Inkjet Press and the MGI JETvarnish 3D Evolution (Evo) system.

With this in-house print and embellishment capability, the company produces beautifully printed and embellished folding cartons, box wraps and other digitally printed items. What’s more, it’s now completing some printing and embellishing jobs in just 24-48 hours. Explains NAPCO USA Executive Vice President Jerry Pearce, “In most instances we receive files, create a sample, print, embellish and finish all within days – not weeks – with all the complex bells and whistles. It’s beyond what most people can even imagine.” 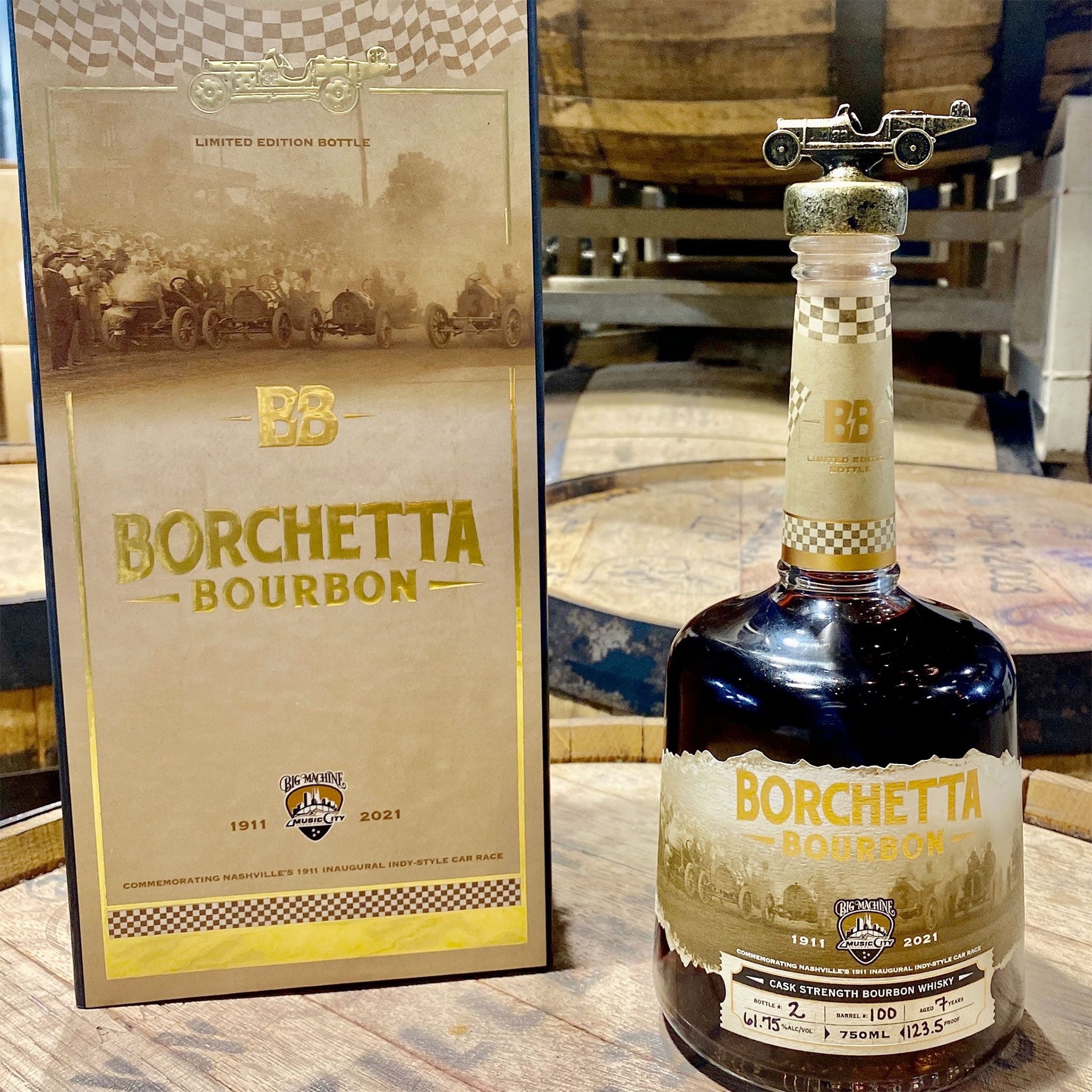 The Borchetta Bourbon packaging was the brainchild of Big Machine Distillery’s creative team as well as Joe Walkup from Innovative Business Products (IBP), both in Nashville. As the title sponsor for the inaugural Big Machine Music City Grand Prix, the brand pulled out all the stops. They challenged IBP and NAPCO USA to produce this project in record time.

Multiple prototypes were sent back and forth between NAPCO’s production facility in Alabama and Big Machine in Nashville, with creative teams working in tandem to maximize Big Machine’s expectations. Printed on the KM-1 and finished on the MGI Evo, the premium packaging incorporated full color printing, raised gold foil throughout, soft touch coating, a custom internal tray, a ribbon-pull and magnetic closures. It even included a photo of one of the first-known open wheel races held at the Tennessee State Fairgrounds in 1911.

What allowed Big Machine to not only meet their IndyCar deadline but also create some truly eye-catching packaging was the high-quality output of both the KM-1 and the MGI Evo. 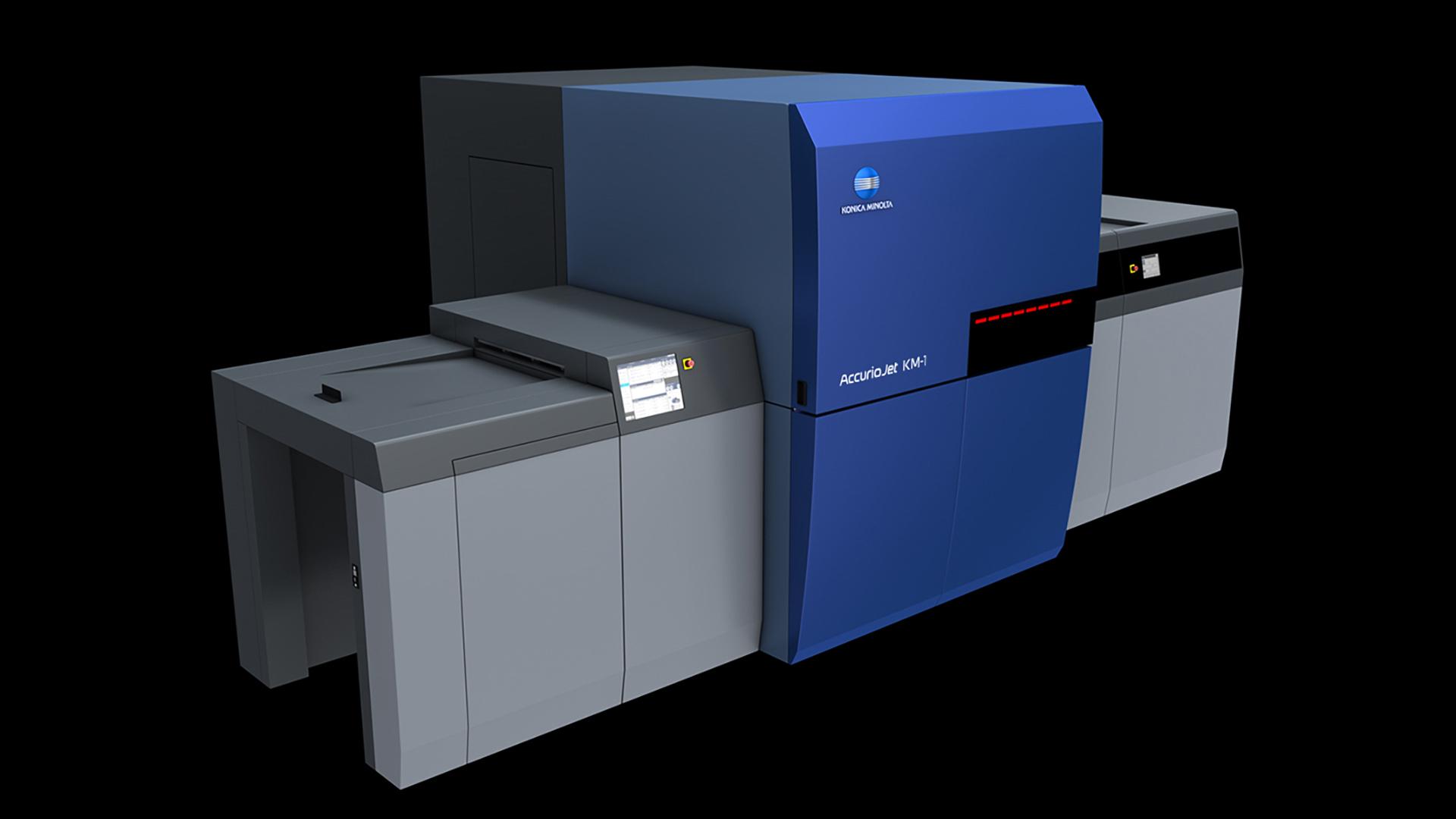 And because it’s a digital press, the KM-1 also offers designers the ability to create short print runs, and to personalize and customize every single piece in that run thanks to the miracles of variable-data printing. As an added bonus, the 29-inch sheet-fed UV inkjet press can handle a wide variety of papers, ranging in thickness from 0.06 to 0.6mm. And with the ability to produce up to 3,000 sheets an hour, it’s perfect for helping designers beat today’s tight deadlines.

On the finishing end, the MGI JETvarnish 3D Evolution (Evo) provides creatives a fast and easy way to add shimmering foil to their work no matter how small their print run. And as with the KM-1, these foil effects can also be personalized and customized to make every piece in a run unique. 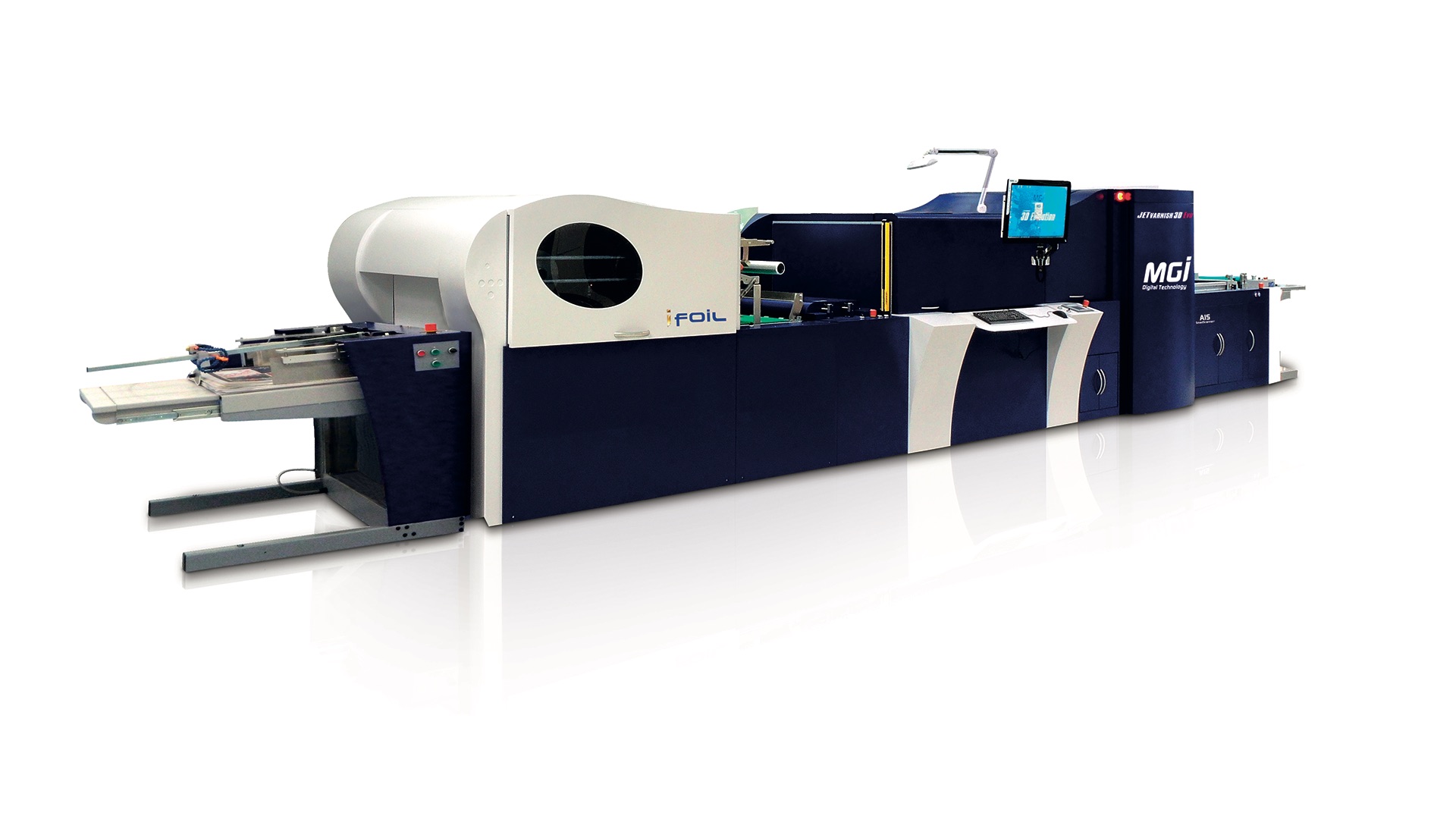 So in a sense, the limited-edition Borchetta Bourbon packaging commemorated 2 races: the 1911 Indy-style car race and today’s race to be able to produce designers’ packaging completely in-house by harnessing the power of digital printing and finishing. As NAPCO USA Founder Rocky Proffit observes about the bourbon packaging, “The finished product, with all the decorative applications – the foil, all the effects – speaks much louder to the customer and much better than anything you can put into words.”