Multiple printing processes and techniques are used in combination to create tactile distinction.

When your stock in trade is “tailored floral design” rather than simply “flowers,” it helps to have an identity system that instantly differentiates you from the floral section of the neighborhood grocery. It’s more vital still when you don’t have a retail space to call your own. 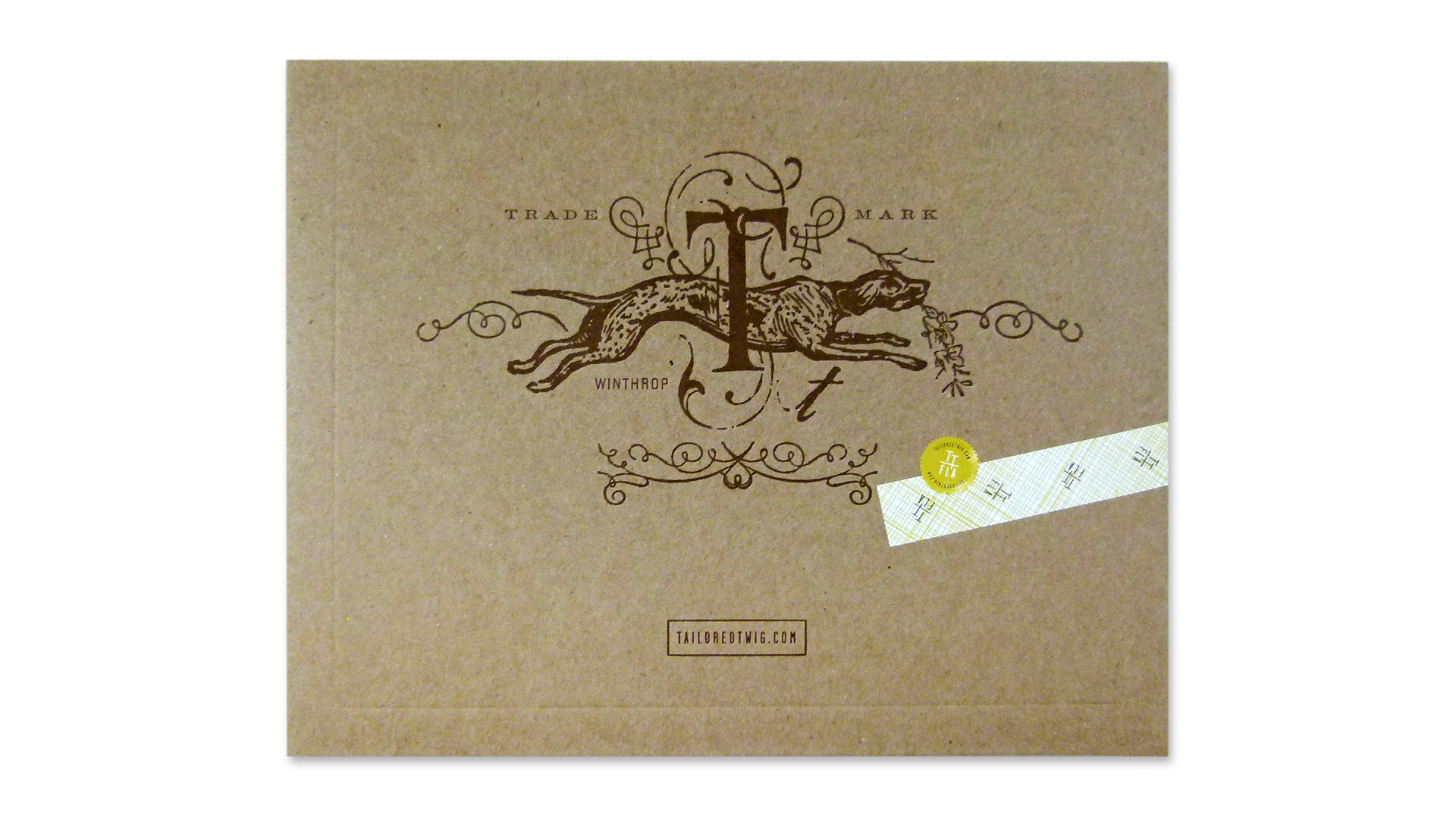 Tailored Twig provides unique, hand-crafted floral creations on both coasts of Florida thanks to the efforts of owner Darin Bahl and the four-legged muse of the operation: Winthrop. The canine, known affectionately as “Sir Winthrop, Mr. W.” and, one suspects occasionally, “Boss,” quickly became, in designer Eric Kass’ hands, the focus of the Tailored Twig identity.

Under the company name Funnel, Eric went all out creating letterhead, note cards, labels, tags and more using a combination of offset lithography, letterpress and engraving provided by Faulkenberg Printing. 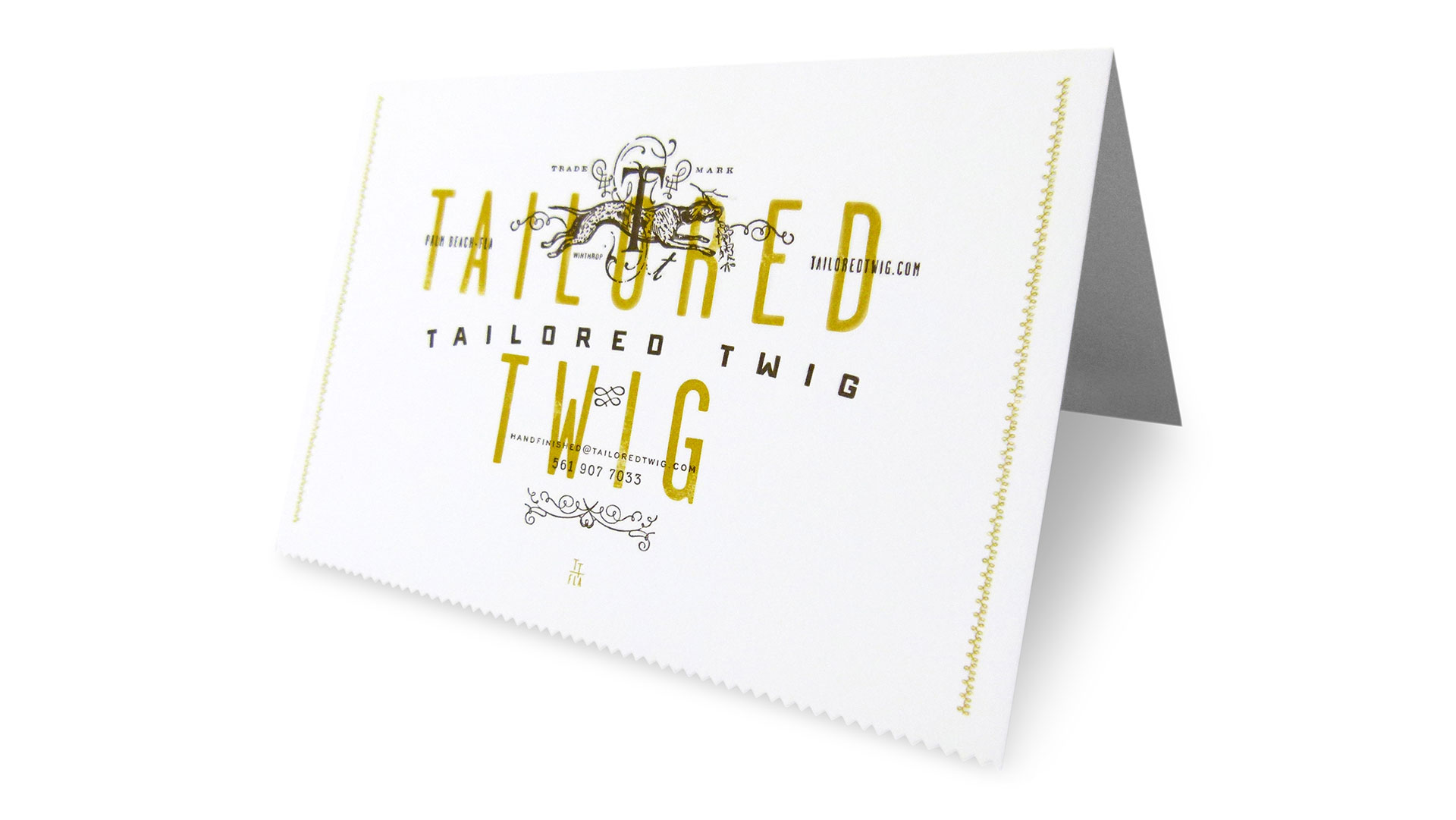 The result is an identity that whimsically plays off the “tailored” name with every loving detail. From delicate swooshes and curls to the monogram “T” and that wild, wild cross-hatch pattern in gold on the backs of the cards and letterhead, you could easily think you were dealing with a purveyor of fine clothing on a London high street.

Asked to toot his own horn vis-a-vis the highlights of the Tailored Twig identity, Eric points out the “multiple printing processes and techniques used in combination to create tactile distinction.”

And it is sentences such as that one that remind us that sometimes you must restrain the process nerd within and simply feast your eyes on (and if you’re lucky, brush your fingertips over) a fine print project finely executed such as this. 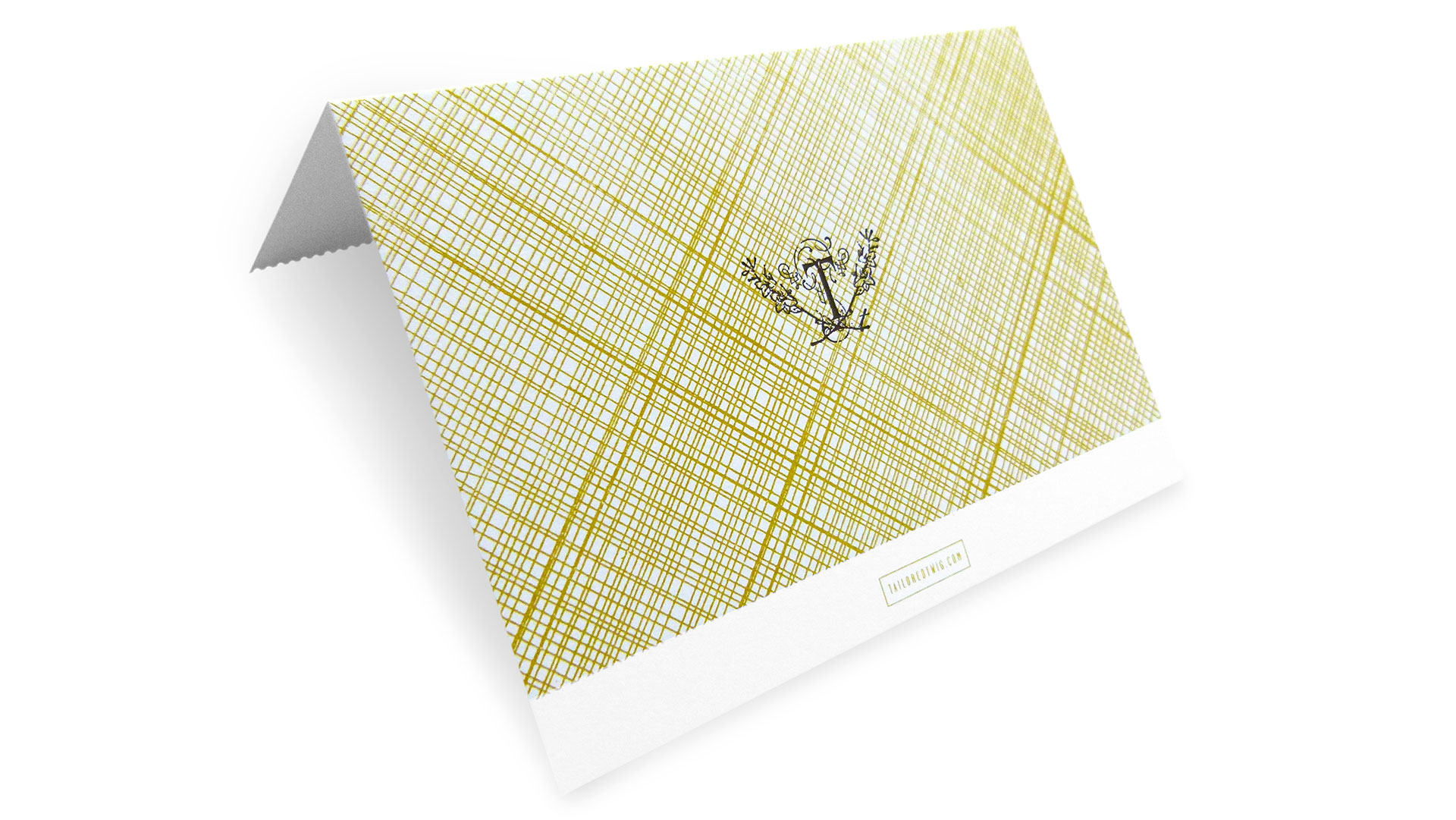 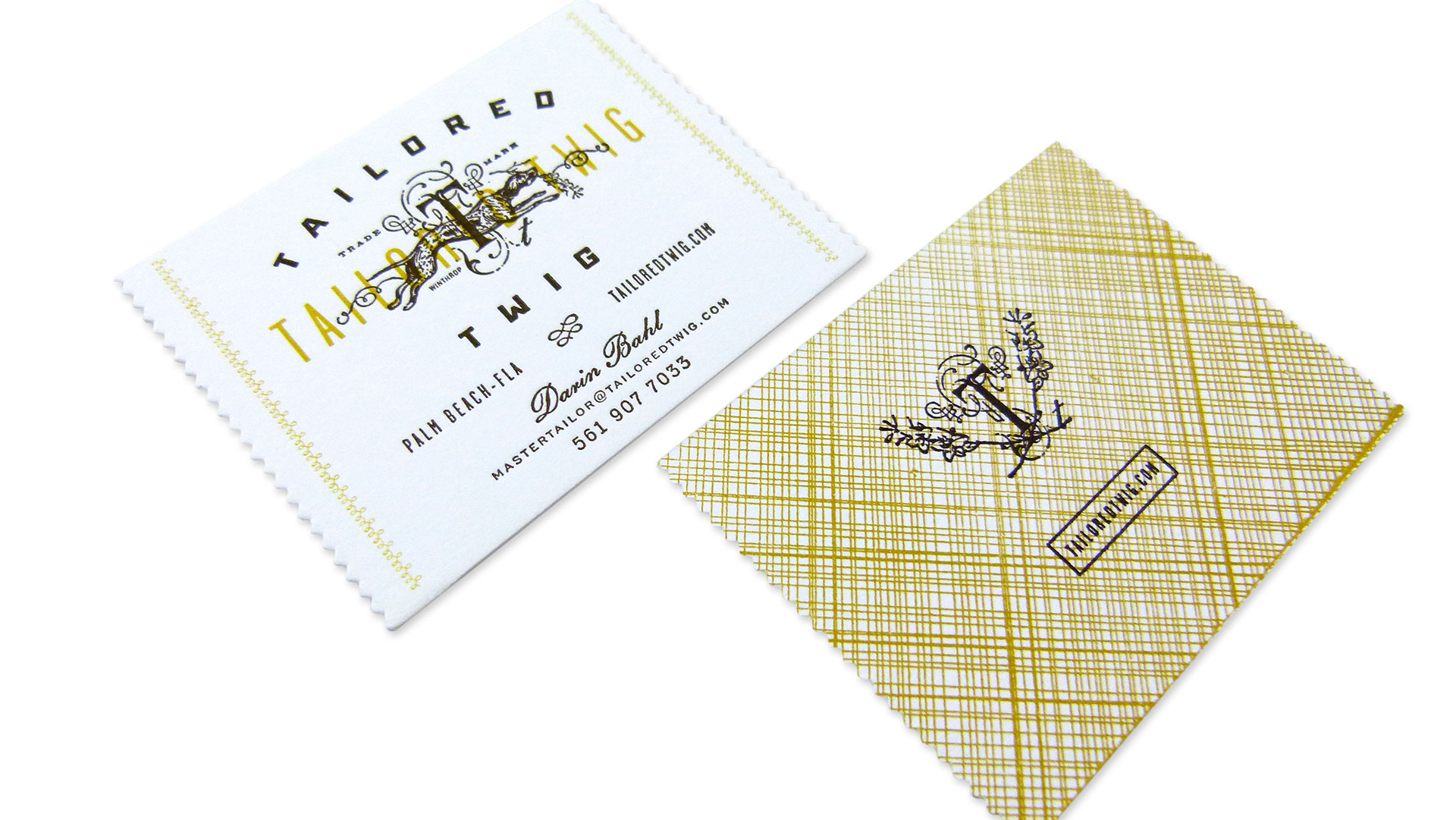 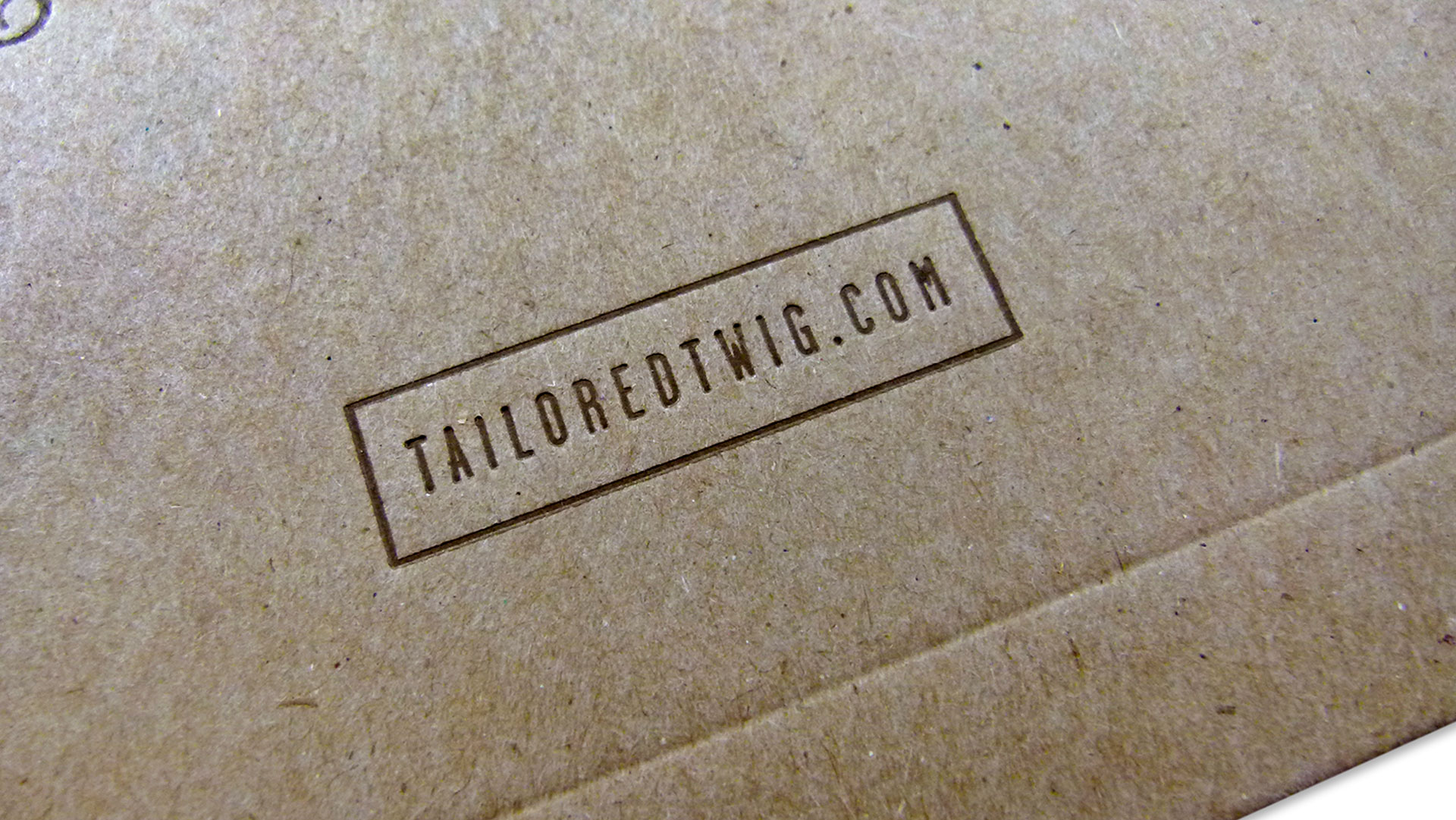 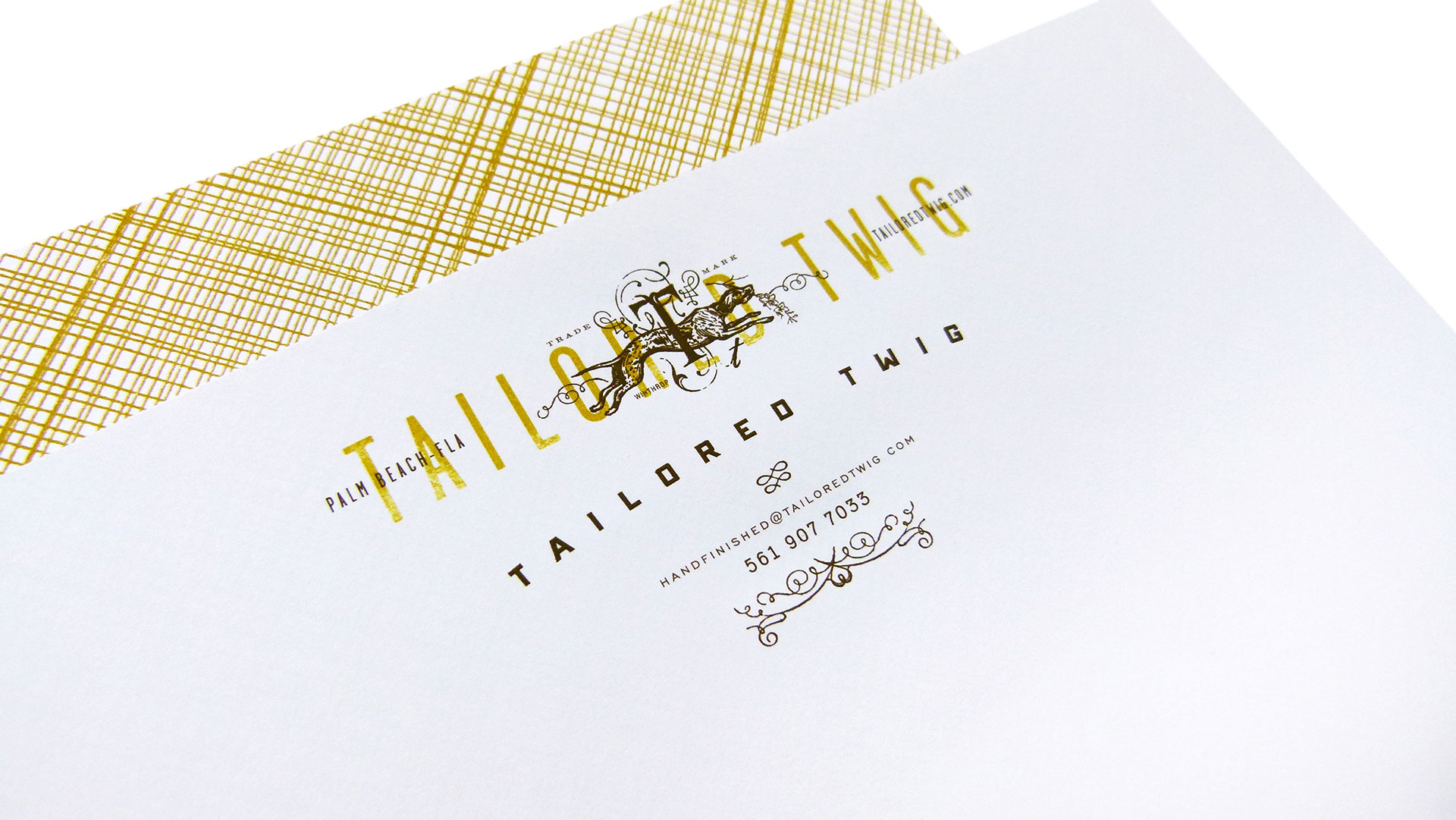