One surefire way to get clients excited about print? Round them up, ply them with generous lashings of whiskey, and parade before their eyes eccentric postcards and other paper promotions from yesteryear. That’s what Clampitt Paper did last August with its “Archival Revival” event, and Swoon, The Studio did them proud with appropriately idiosyncratic invitations and postcards. 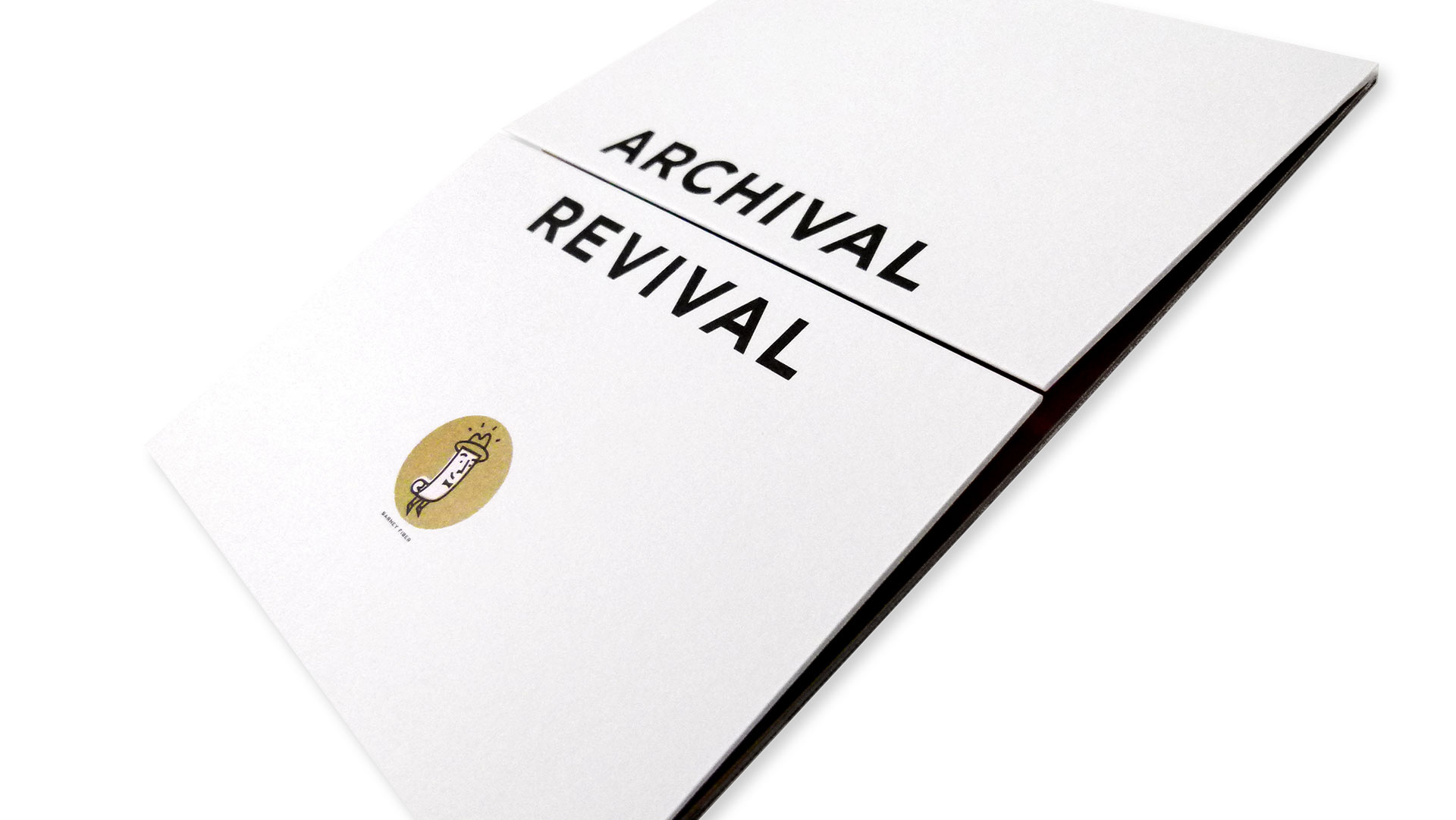 The highlights of this “paper archival event” included historical documents from the revered Strathmore Archives, that treasure trove of late 19th/ early 20th century Americana produced by New England’s Strathmore Paper company. Mohawk Fine Papers acquired the Strathmore brand in 2005, and since discovering a vast collection of vintage Strathmore pieces in 2013, has gone to great lengths to ensure that designers can view select pieces from that wonderful archive.

Also on display: works from London’s Raphael Tuck and Sons, best known for being a driving force in the establishment of the postcard tradition, as well as the development of paper dolls. Naturally with so much paper creativity on display, Clampitt was keen to have event promotions and invitations reflect this. 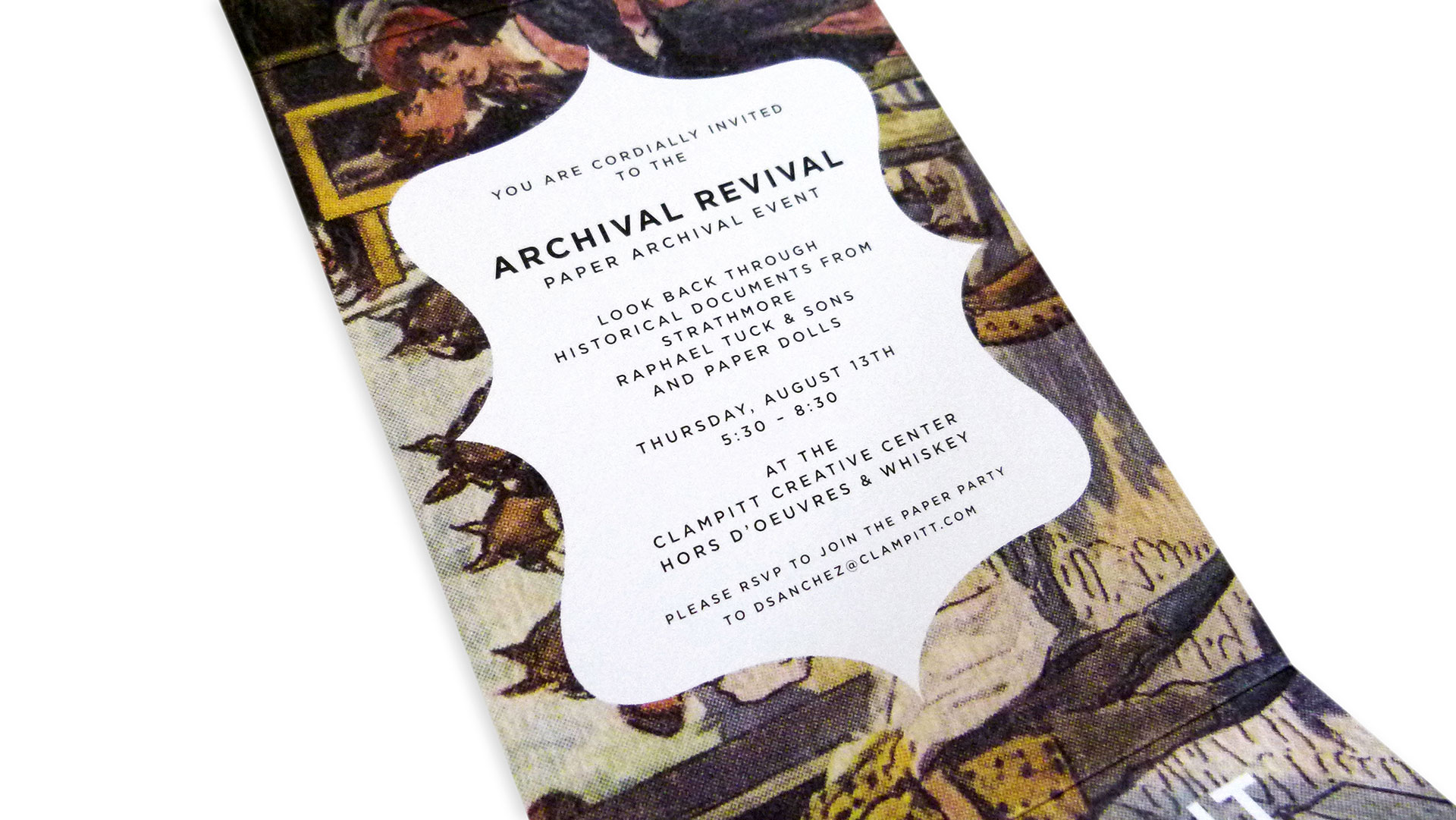 Closed, the gate fold invitation is the very model of less-is-more. Just look at the dignity with which the words “Archival” and “Revival” meet above and below the opening of the invitation itself, the Clampitt logo tastefully positioned beneath. The choice of Mohawk’s crisp white Strathmore Writing Bristol Wove 110 lb. Cover is not only appropriate for the subject matter, it’s also the perfect contrast to that heavy dark type. 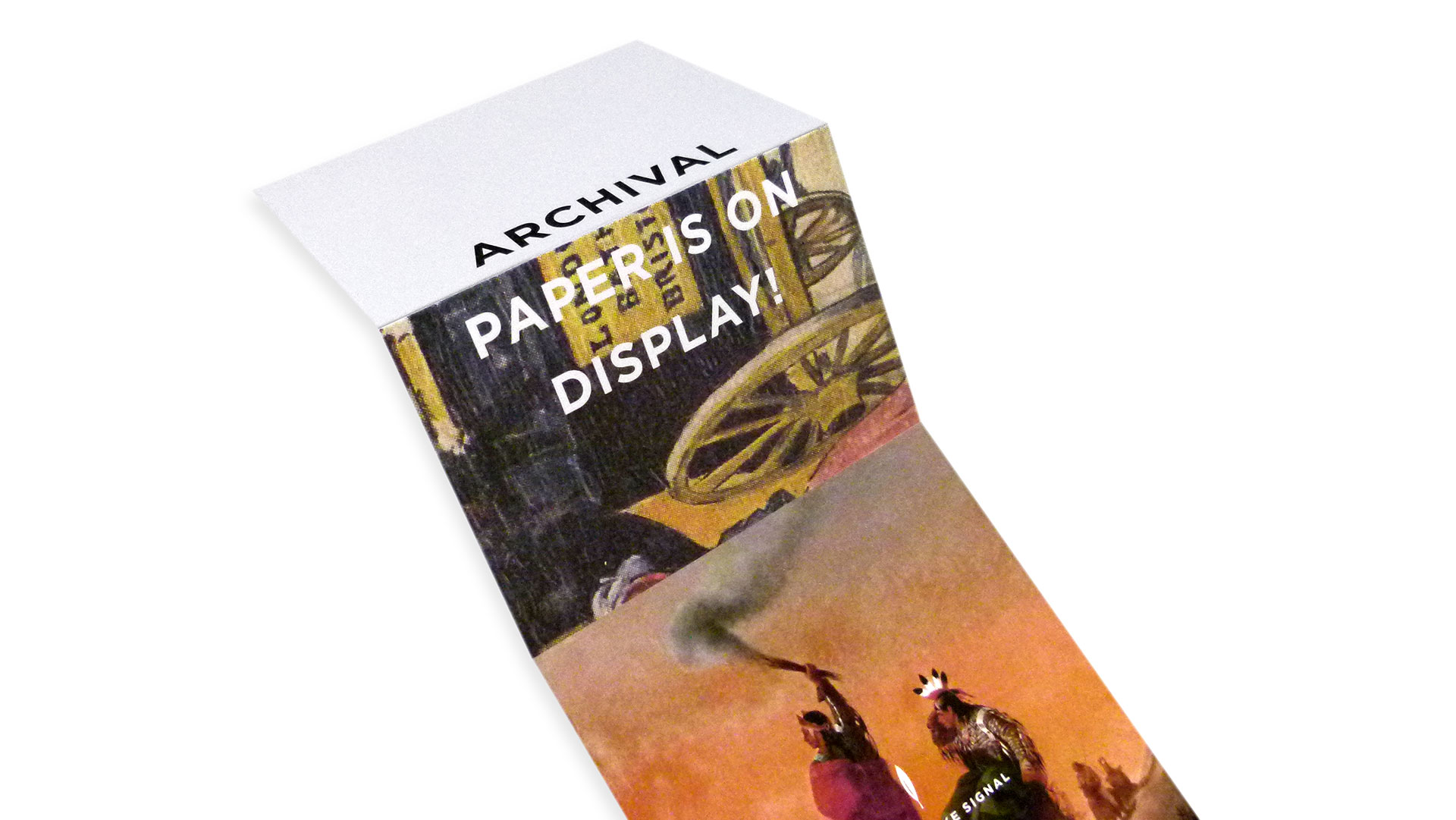 Open up the invitation and the real fun begins as four RSVP postcards come tumbling out, each featuring a whimsical illustration from the collections on view at the event, along with entreaties to “Send a text,” “Send a smoke signal,” “Send a postcard” and “Send a formal letter.”

Inside the fold-out invitation itself, you’re treated to more vintage illustrations punctuated by witty pleas to join in the festivities. (For those on the fence, there are promises of hors d’oeuvres and samplings of whiskey courtesy of local craft whiskey maker Herman Marshall.)

The theme of the event, says Clampitt, was “craftsmanship+art=timeless.” And between the jolly fold-out invitation and the tongue-in-cheek postcards, we’re proud to say they solved that equation beautifully. 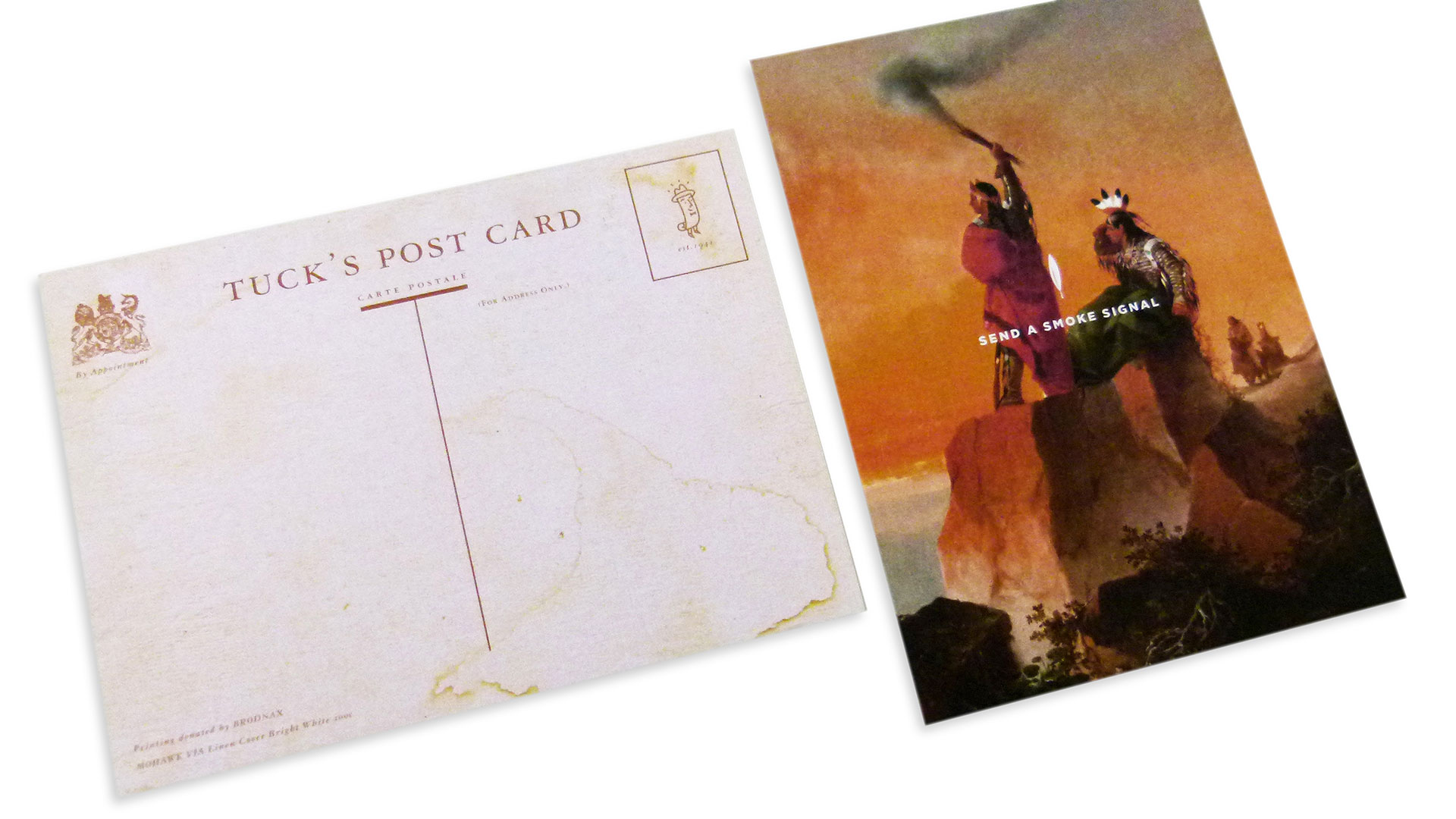 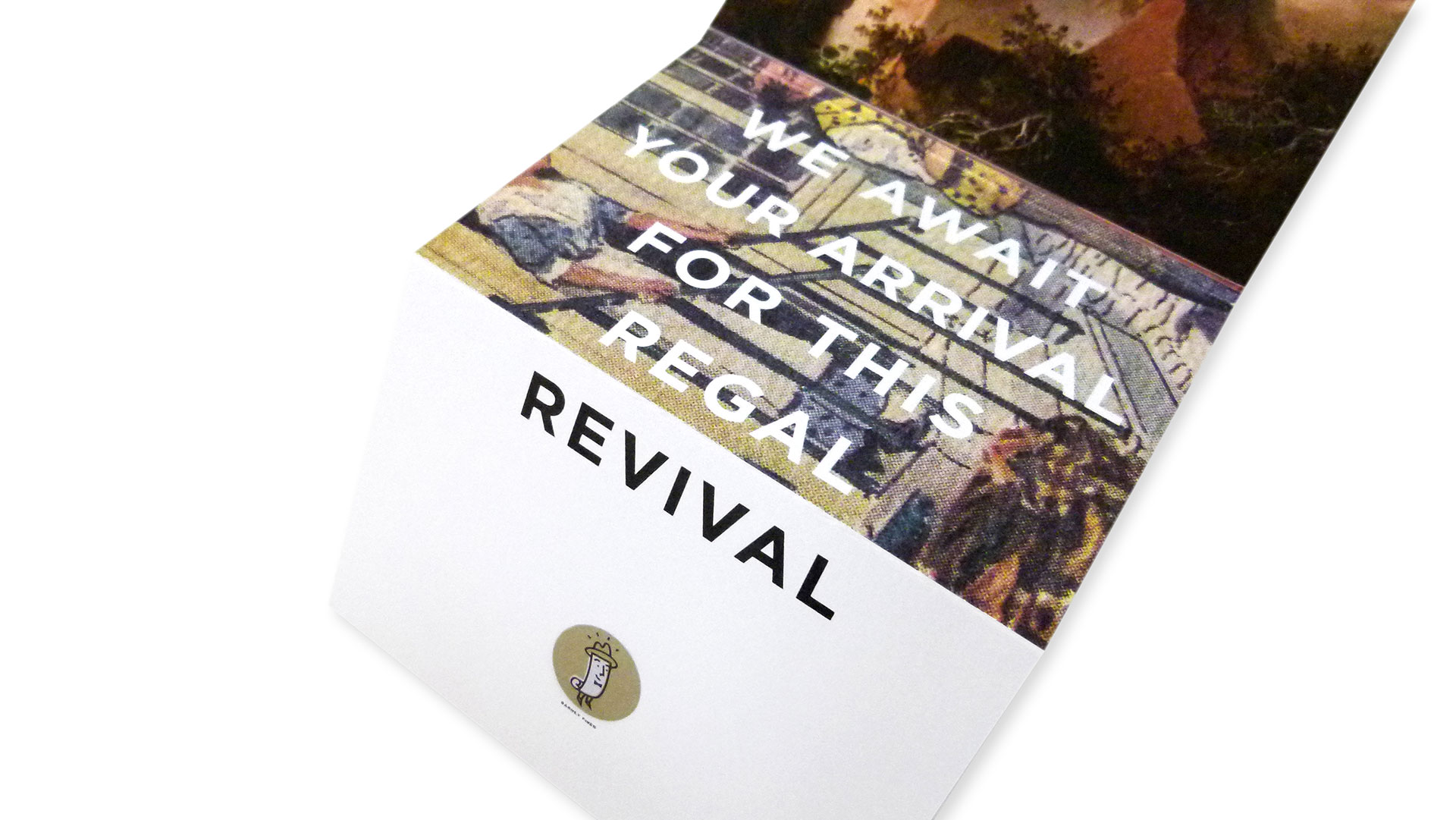 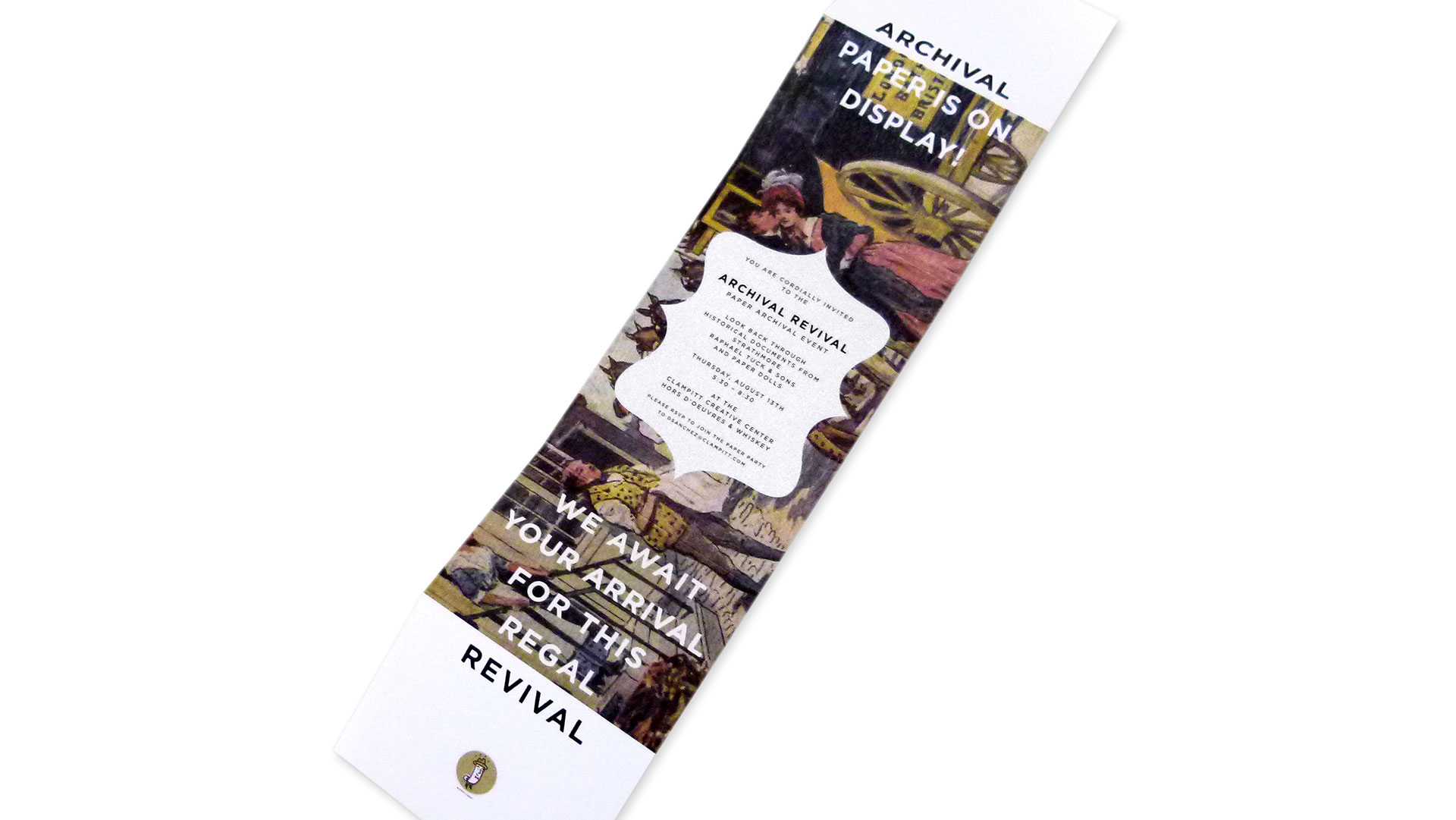 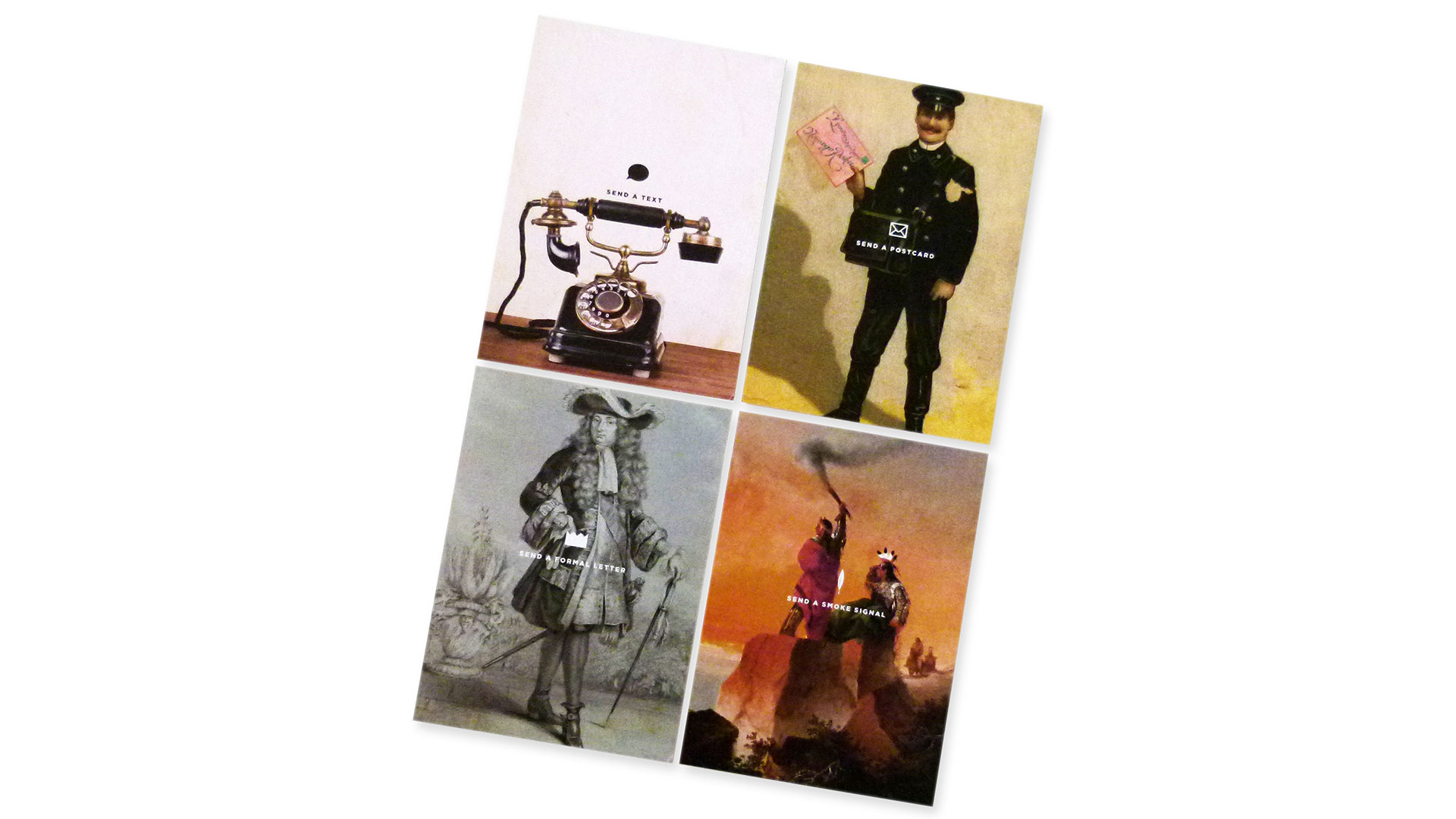