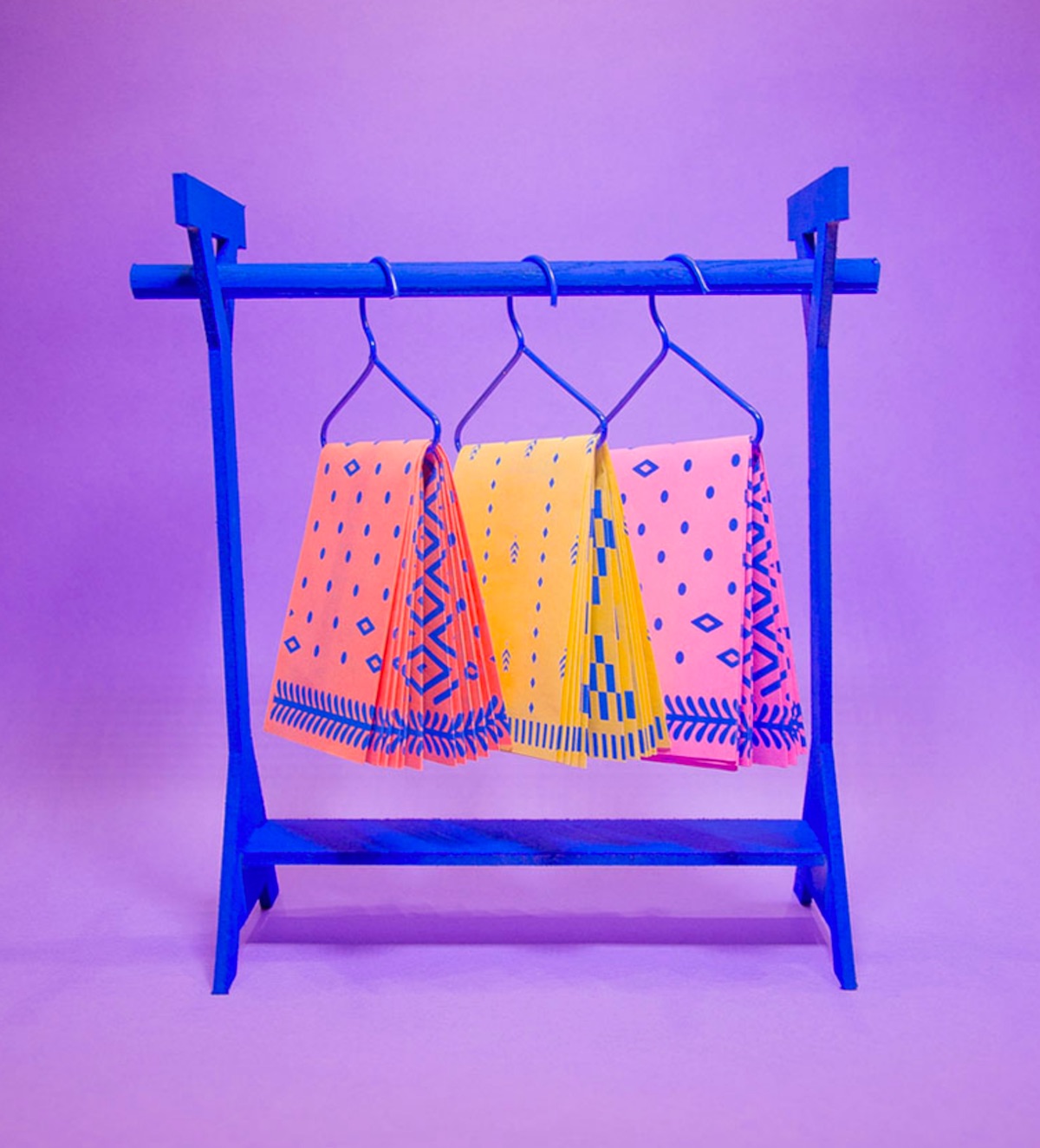 From blogs, tweets and YouTube videos to the current “maker” movement, the influence of the humble zine is everywhere. (Here’s a quick refresher for you under-30s.) While nowhere near as prevalent as they used to be they’re still out there, and occasionally someone gives the form a fun and creative new spin. Designer Mira Malhotra of Studio Kohl in India has combined colorful paper with extreme folding to create a truly eye-catching zine. Presentation is everything with “Unfolding the Saree.” 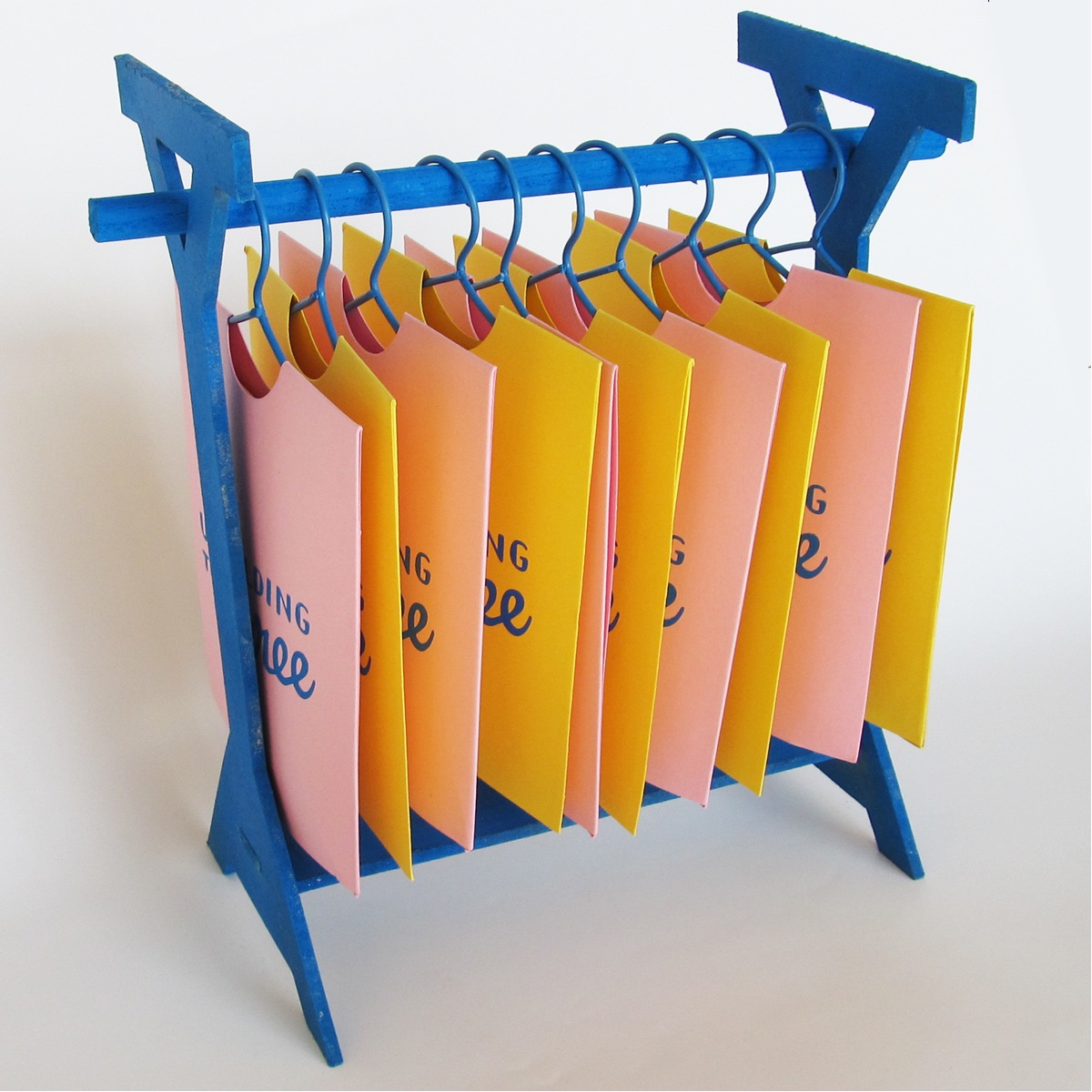 Studio Kohl describes the publication on its website this way:

“Our new zine is based on an ancient Indian garment, the saree which is still popular today. ‘Unfolding the Saree’ is a self-published and explores the Madonna/Whore phenomenon that is unique to the saree-wearing women of India. The outside of the zine is a proportionately miniature saree, replete with ‘pallu’ pattern. Hung on a replica wire hanger, the inside of the zine describes what is found on the inside of the saree – its wearer. As we unfold, we reveal the true nature of this versatile garment, by questioning the notion that the saree is attire for the ‘modest’ woman, tracking its appearances in pop culture, politics and even religion, as a ‘sexy’ garment, as we touch upon various other implications in cultural traditions.”

So far this sounds like typical zine fare – the strong feminist vibe reminds us of the amazing cornucopia of homemade publications that helped kickstart and maintain the Riot Grrrl music/feminist movement of the ’90s. Yet what truly makes this stand apart is just how “designer-y” “Unfolding the Saree” is.

Ready to kick back and read a copy? First remove it from its slip cover… 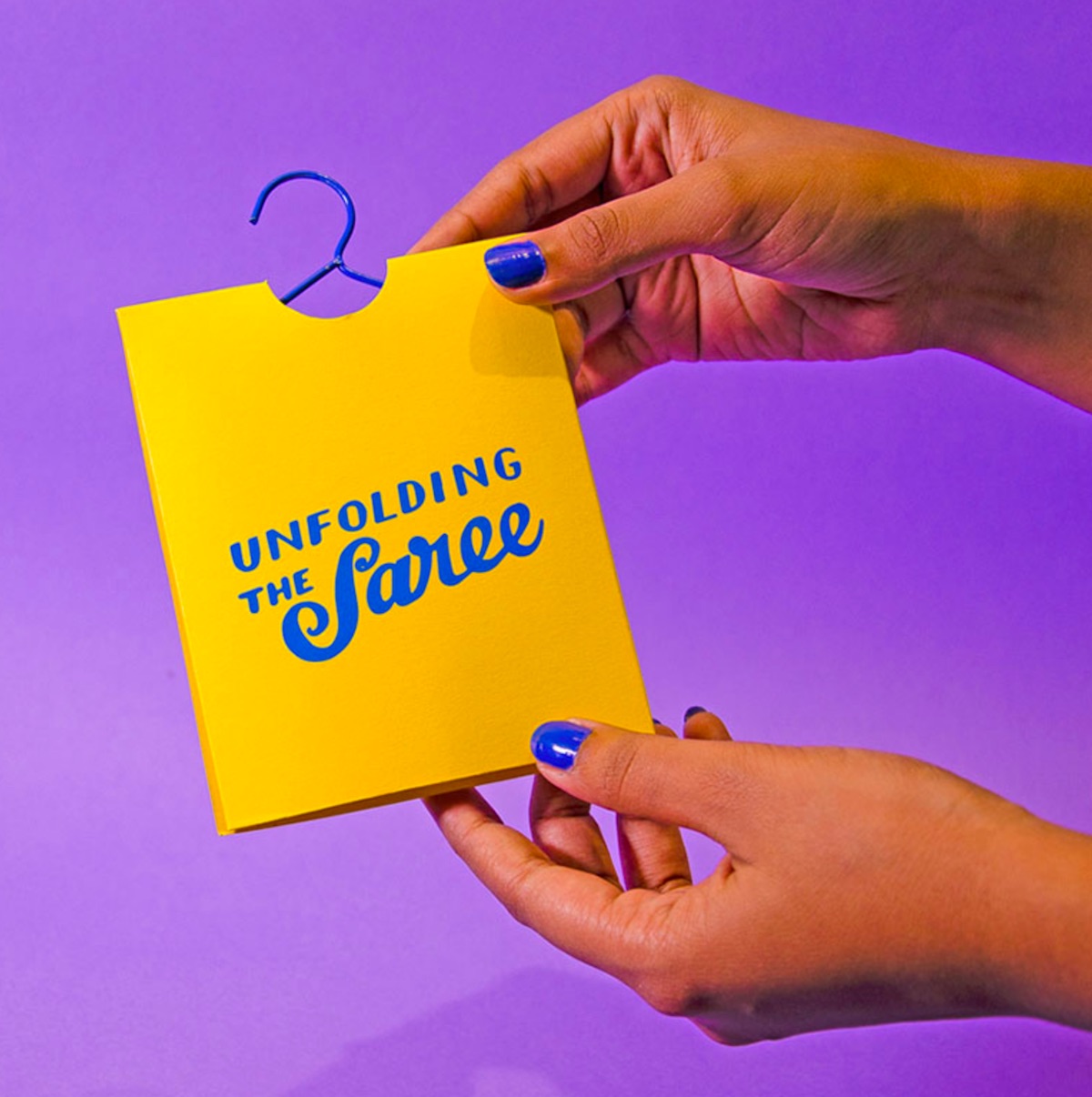 …to reveal the zine. As promised in the website description, you’re presented with special saree “pallu”  patterns. 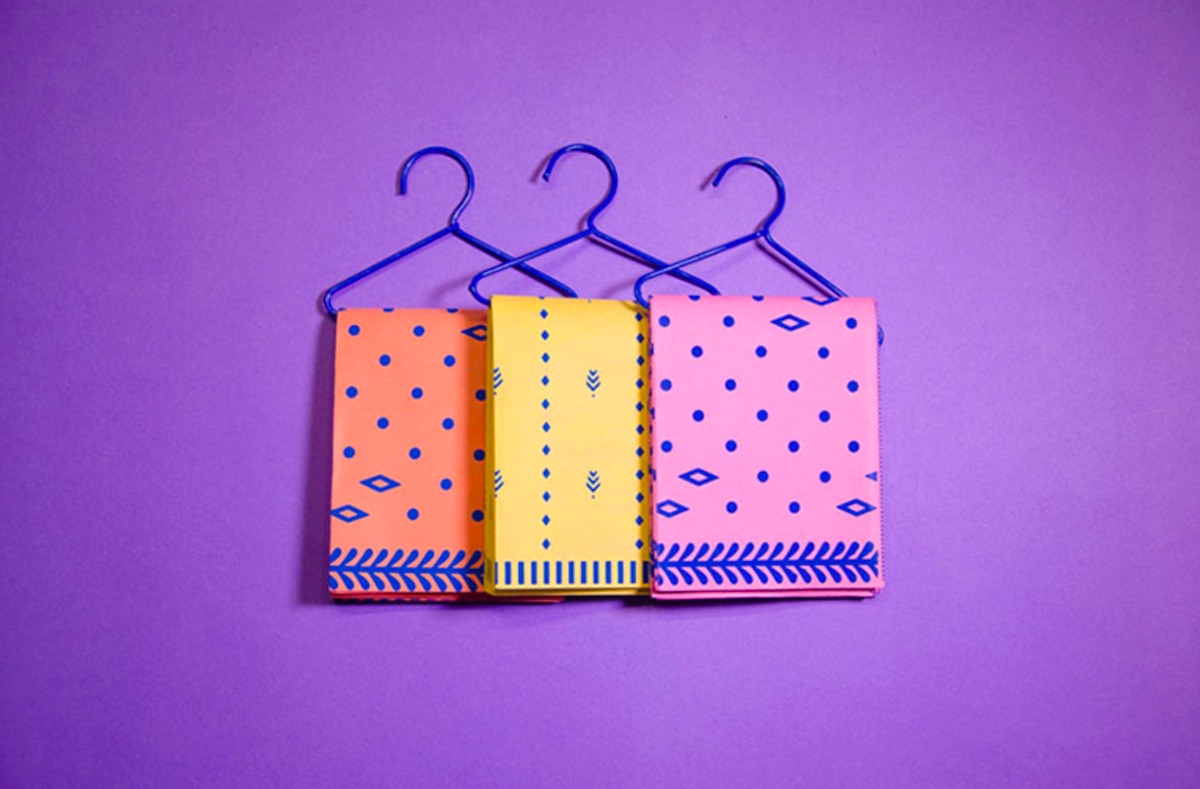 To read it, all you do is unfold… 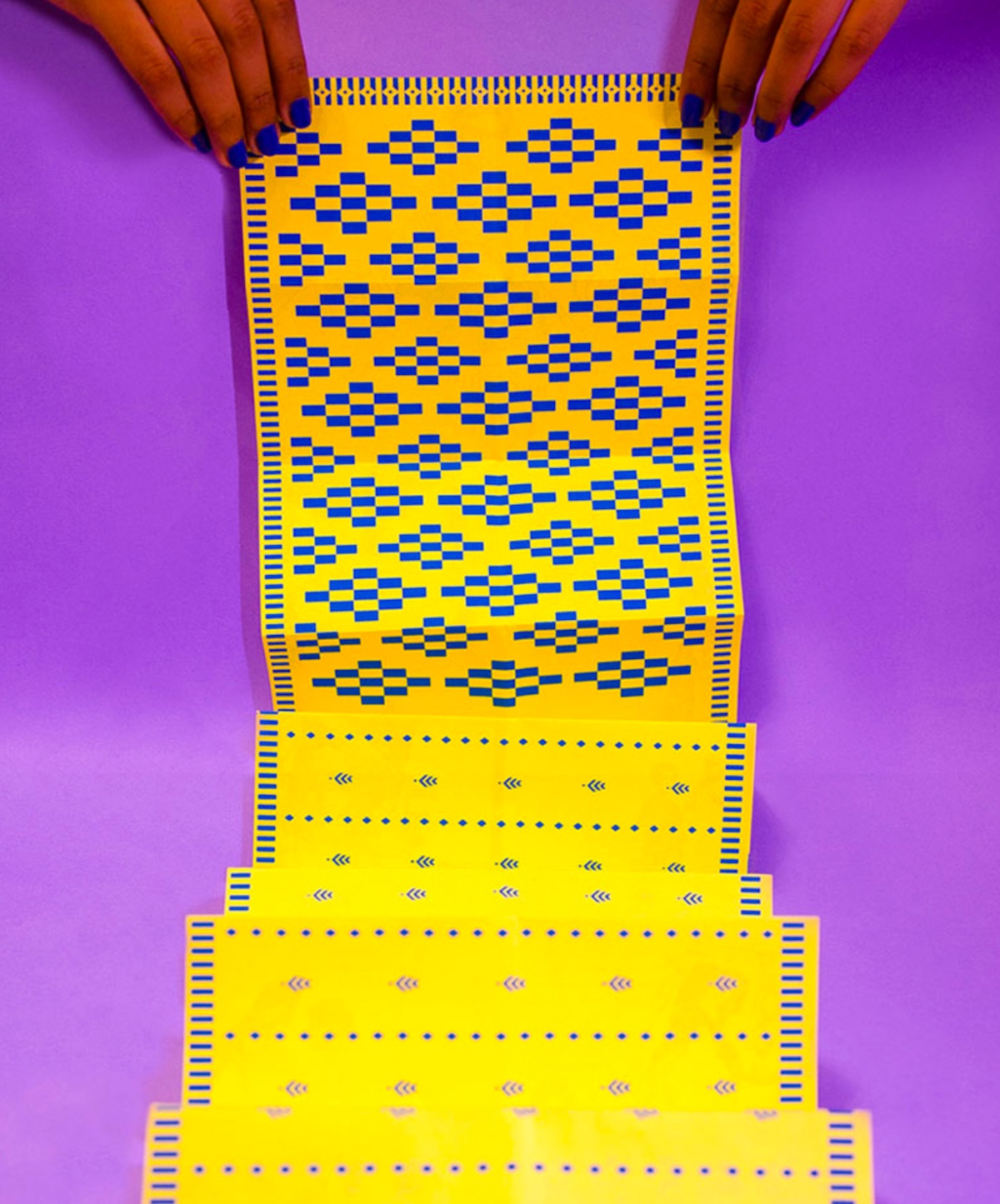 “The paper had to fold 24 times down to its closed size… In the prototype, the zine would fan out, open up and drop off. So we used a 90 gsm local colored newsprint-like paper to lessen this effect…”

Fortunately, the slip cover not only allowed the designer to print the pallu pattern on one entire side of the paper, it also prevented the zine from unfolding until you’re ready to read it. The hardest piece to produce? Those miniature hangers! 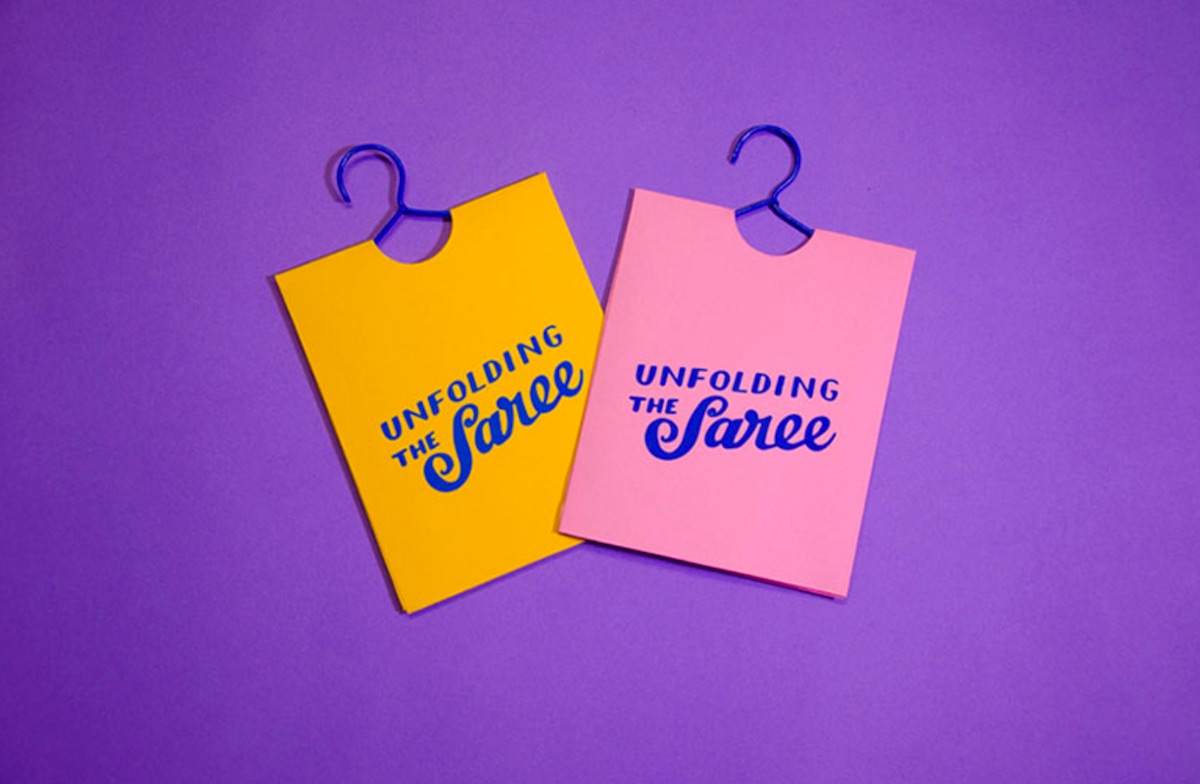 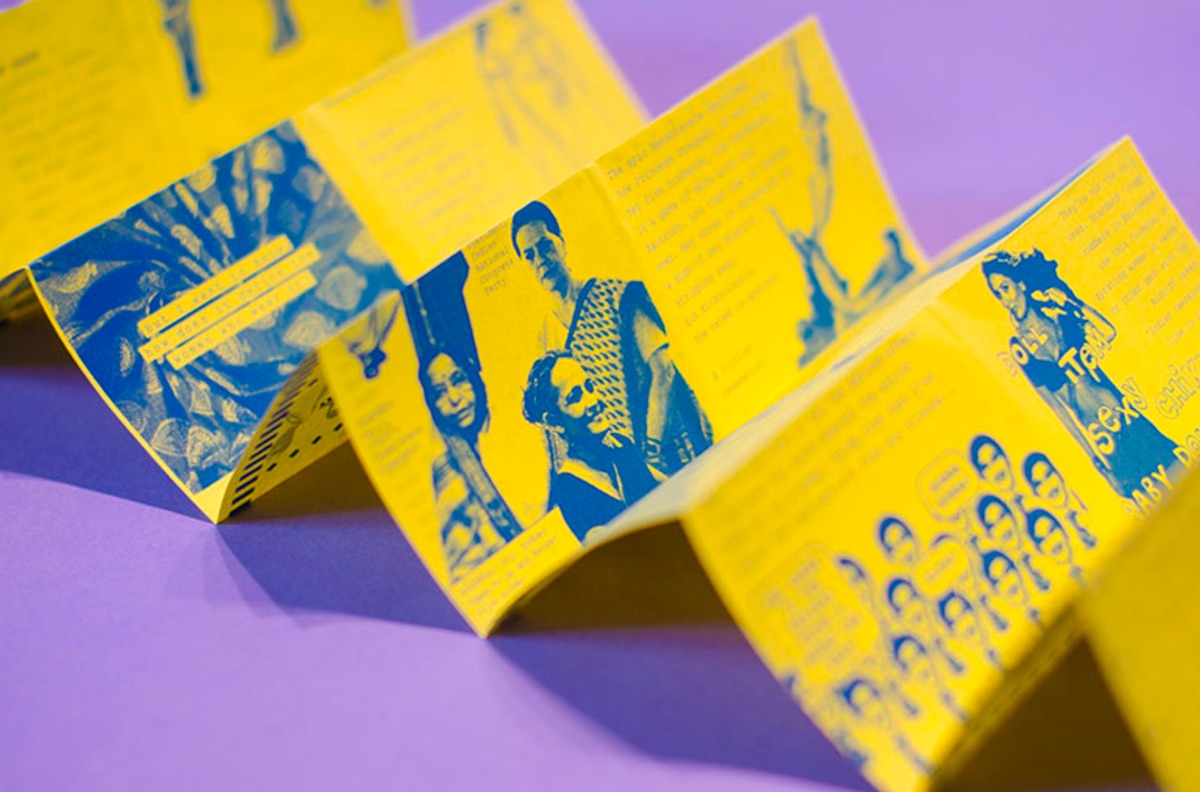