Creativity is never effortless; some people just make it look that way. How else to explain “Once Upon a Time,” the latest calendar creation from Sabai Sabai Design, the same team who brought us 2017’s super-popular Junglendar?  In that charming piece they used laser cutting to bring several animals to life; this time around we are introduced to just one, a fox, which makes its way through an ever-changing laser-cut landscape as the year goes on.

The calendar arrives in a slick, light blue box with the title and the fox’s silhouette in silver MGI iFoil digital foil on the front, and an introduction and production notes on the back, written in both Hebrew and English. (Sabai Sabai Design is in Tel Aviv.) 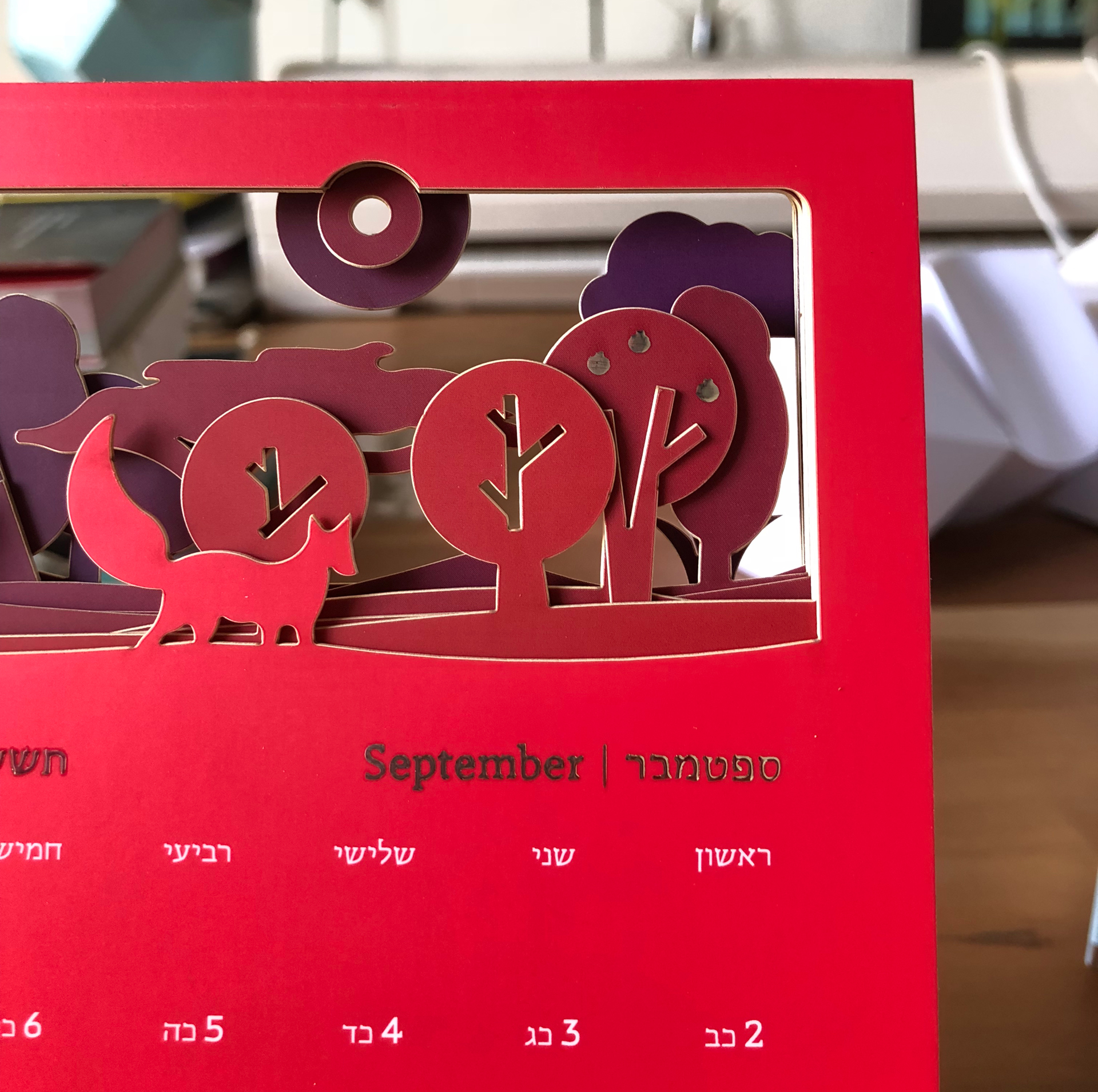 Inside, a blue folded stand not only matches the inside print of the box perfectly, but is also made from the same Iggesund Invercote stock [Get Swatchbook] as the calendar. It holds the cards tightly in place during shipping, and includes a brief guide to holiday and other symbols used in the calendar, all rendered in digital foil.

Slide the 12 cards out of the vertical bellyband (which again bears the calendar title in English and Hebrew digital foil) and you discover that the days of each month are also bilingually represented, with the month and year in foil above. Placing the cards in the holder provided enables the adventure to truly begin.

I say “adventure” because the scenery – a collection of clouds, trees, land and sun, all rendered in precise laser cuts at the top of each card – actually changes every time you remove one month’s card and place it behind the rest to reveal the next. The impression is of a constantly shifting land surrounding the figure of the laser-cut fox that graces the September card. The color scheme and complementing hues for each month of the year increase that feeling of depth. 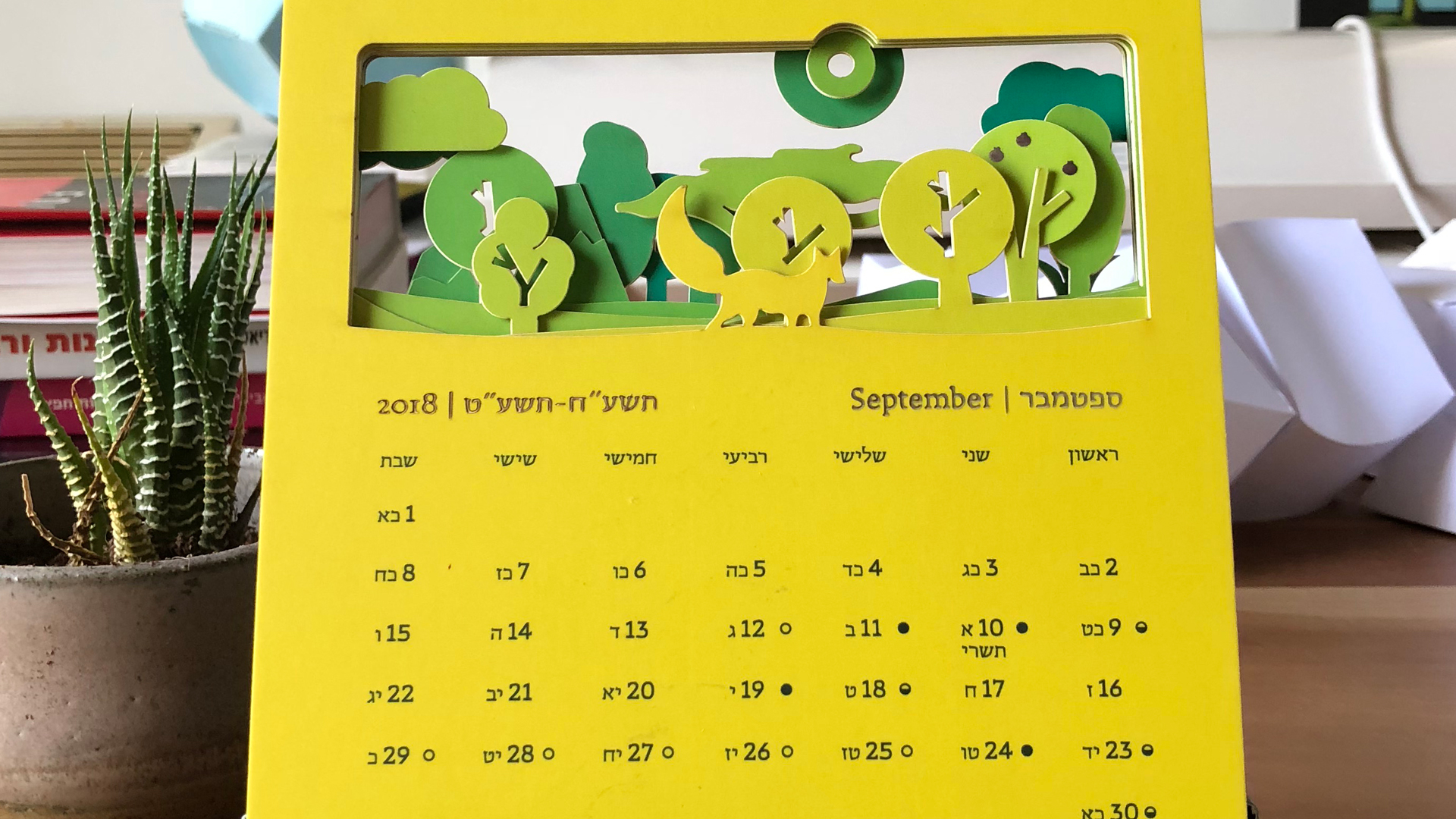 What elevates this beyond the strength of the idea alone is the way the designers, working closely with Junglendar collaborator Heret Packaging, used the Highcon laser cutter to add unexpected curves to the landscape. Not only does it give this nature scene a more organic feel, but it also helps to create the illusion that the fox is actually moving forward every time the cards are shuffled.

The idea for the calendar was inspired by “the same road I see every day on my way to work,” explains Sabai Sabai Design’s Dganit Dahan. “The landscape is the same, but the colors, the texture, the clearness – it all changes as the year goes by.”

Which brings us back to the beginning: Creativity is never effortless; some people just make it look that way… 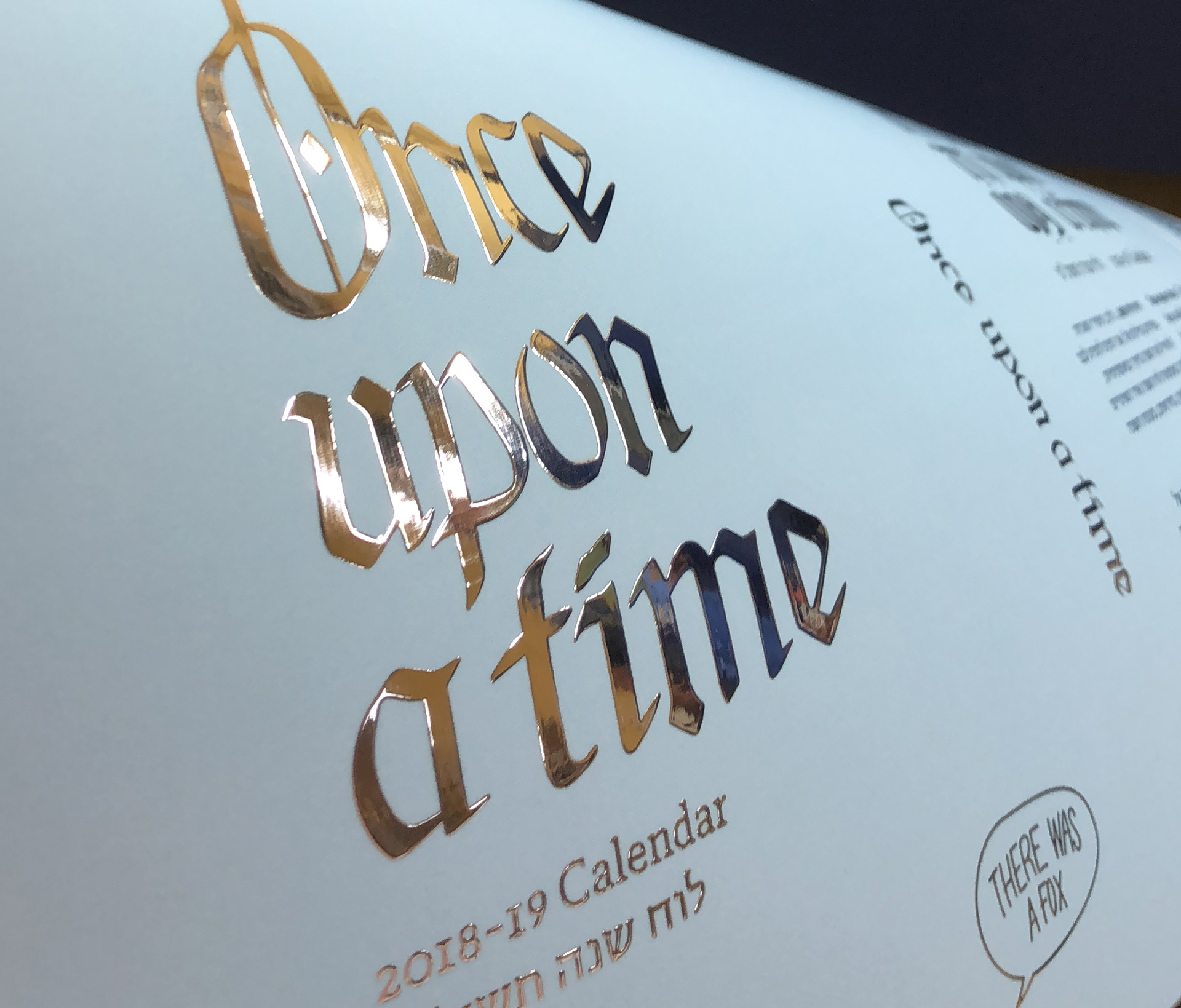