In a coup well in keeping with Mad Men‘s seeming inability to put a foot wrong, AMC has enlisted famed designer Milton Glaser to create the print ads for its final season, which begins April 13th. The New York Times has a wonderful piece detailing the meeting of Glaser with series creator Matthew Weiner, and the thought that went into making this dream partnership stay true to both Glaser’s work and Mad Men’s era and ethos.

Mr. Glaser said his concern was trying to make work that suggested a late-1960s feel without pillaging his own late-1960s feel. “I haven’t been working this way for 30 years or so,” he said. “My anxiety was that people would think, wait a minute, I’m still doing this sort of thing.” 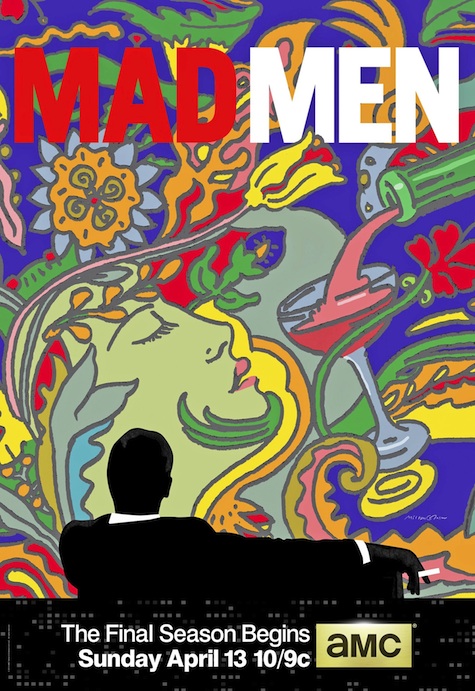