When you think Facebook, you probably don’t think “print.” But London’s Creative Arms studio was tasked with the creation of a direct mailer that would raise awareness of Facebook’s Studio Awards – an event that celebrates those brands and agencies doing stellar work for the social media giant. This is what they came up with:

“We envisaged delivering a huge replica of the award itself. This would [consist of a] series of mini cubes, flat packed for the receiver to make and keep on their desk. They would hold all the award information and contain quotes from the judges of the competition who are members of our creative council.” 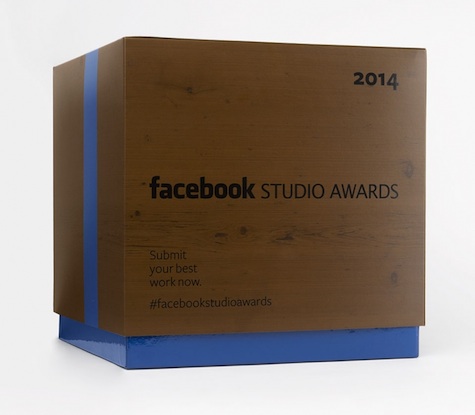 The finished product is a great example of dimensional marketing that never leaves you in any doubt as to who the sponsoring company is. And considering what an enormous role Facebook as a brand has come to play in millions of people’s lives (heaven help us), you know these cubes will be passed from hand to hand like holy relics for years to come. 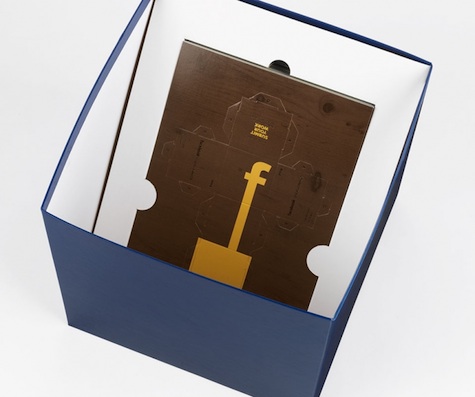 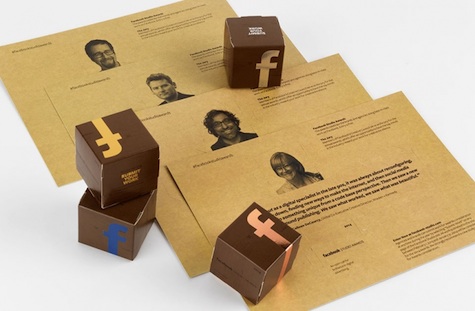 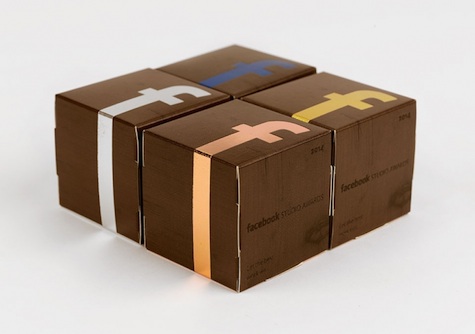