It takes a talented designer indeed to send up the melanoma of the soul that is Facebook by creating a work as handsome as “Facebook: The Board Game”. The project, from designer Patrick C. Klein, is currently another one in search of funding; we do hope it gets it.

Claiming this board game is an attempt to get people to interact with each other in real life rather than over the Internet, Klein has created a Monopoly-style setup that perfectly adapts the social network’s activities to the real world. 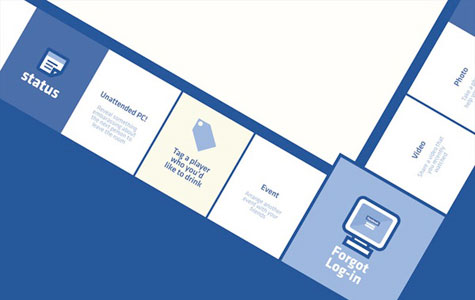 As you travel around the board, you can land on squares such as “Tag a player who you’d like to drink”[sic] or “Unattended PC: Reveal something embarrassing about the next person to leave the room.”

On the positive side, you can also land on “Video: Share a video that you recently watched.” (Presumably you’re supposed to do this on your TV with everyone gathered around, but you know people will invariably head straight to YouTube…or Facebook.) If you pick up a Status card, you are exhorted to update your status verbally, e.g., “Tell people about something exciting you have planned for the next week.”

Sadly, your first glance at the board tells you that this will never leave the design stage. Between the use of the Facebook name and that website’s signature design elements, you just know the cease-and-desist letter has already been drawn up, which is a pity. All together now: Where’s the Unlike button?! 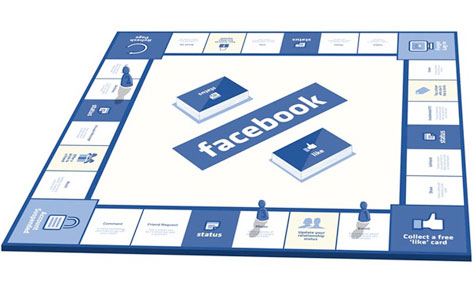