Some design can be like a mind-altering substance that fundamentally changes your sense of what can be done with paper, and indeed art itself. This week we look at two classic books that reshape our view of one medium, and an artist who is obsessively reinventing another.

Design for ‘The Tunnel Calamity’

Perhaps best known for “The Gashlycrumb Tinies” (“V is for Victor squashed under a train…”) and the opening credits he drew for the old PBS Mystery! series, Edward Gorey’s art is probably best described as Dr Seuss for grownups who understand what a dark world we live in. Yet this never stopped him from displaying a keen sense of fun, as we discover in his 1984 pop-up book “The Tunnel Calamity.”

Consisting of 8 diecut panels with concertina walls and a lens for enhanced viewing, the book allows you to “peer through the tunnel’s open window and watch a 3-D wordless tale that changes scenes with every stretch, zoom, and turn,” according to the publisher’s writeup. This VERY short video will give you a taste of what he accomplished. 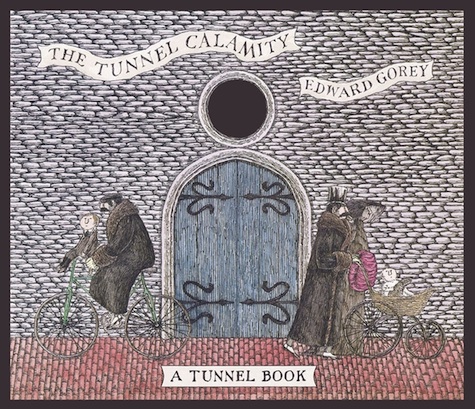 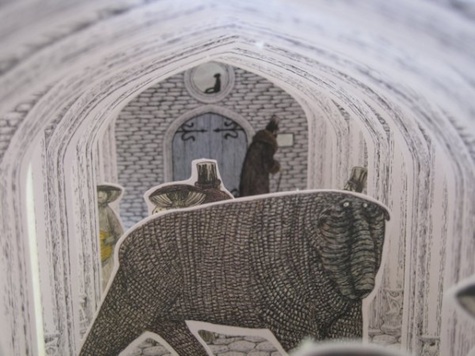 Elizabeth Perez’s design for Ray Bradbury’s dark novel about a future in which books are burned as a means of societal control is probably the closest thing you will ever see to a perfect fusion of a novel’s subject matter and its physical construction. The moment you lay eyes on it you get it – really get it. “The book’s spine is screen-printed with a matchbook striking paper surface, so the book itself can be burned,” is all she says about it on her website, and all you really need to know. Stunning. 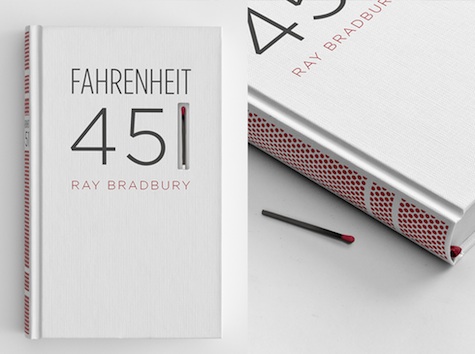 In the West, the comic book arguably stopped being exclusively entertainment for children in the 1980s with works such as Watchmen and V for Vendetta; in the East, they’ve always been for children AND adults. In the hands of indie comic creator Jason Shiga, they are nothing short of a new technology. To help you understand just how groundbreaking his “Hello World” is, for example, we quote from a recent Boing Boing piece by Laura Hudson:

“…his most mind-bending comics bear many of the familiar hallmarks of video games: tutorials, secret codes, multiple endings and even the ability to ‘save’ your ‘game.’

The first time Shiga blew my mind was with an interactive graphic novel called Hello World. The story is simple enough: You’re a little boy sent to the store by his mother with a grocery list of items and a suitcase to carry them home. But the moment you open the cover, it’s obvious this is unlike any comic you’ve ever seen before.

Every page is sliced in half, separating the comic into two parts. The top half is where the story unfolds, while the bottom half displays the contents of your suitcase. The two sides are connected by an intricate system of page-turning: When you see a number inside a square, you flip to a page in the top half of the comic, advancing the story; when you see a number inside a circle, you flip to a page on the bottom, adding and removing items from your suitcase.

That’s when you realize that this isn’t just a choose-your-own-adventure story: It’s a comic with a functional inventory system.” 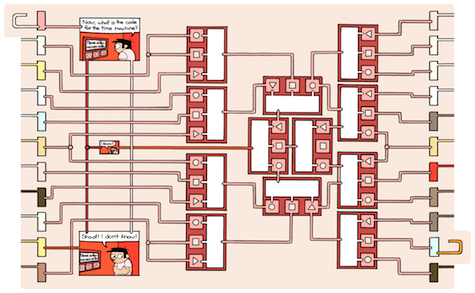 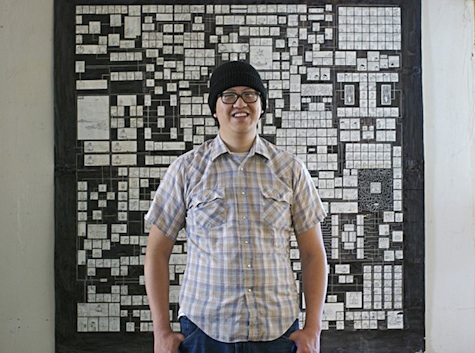