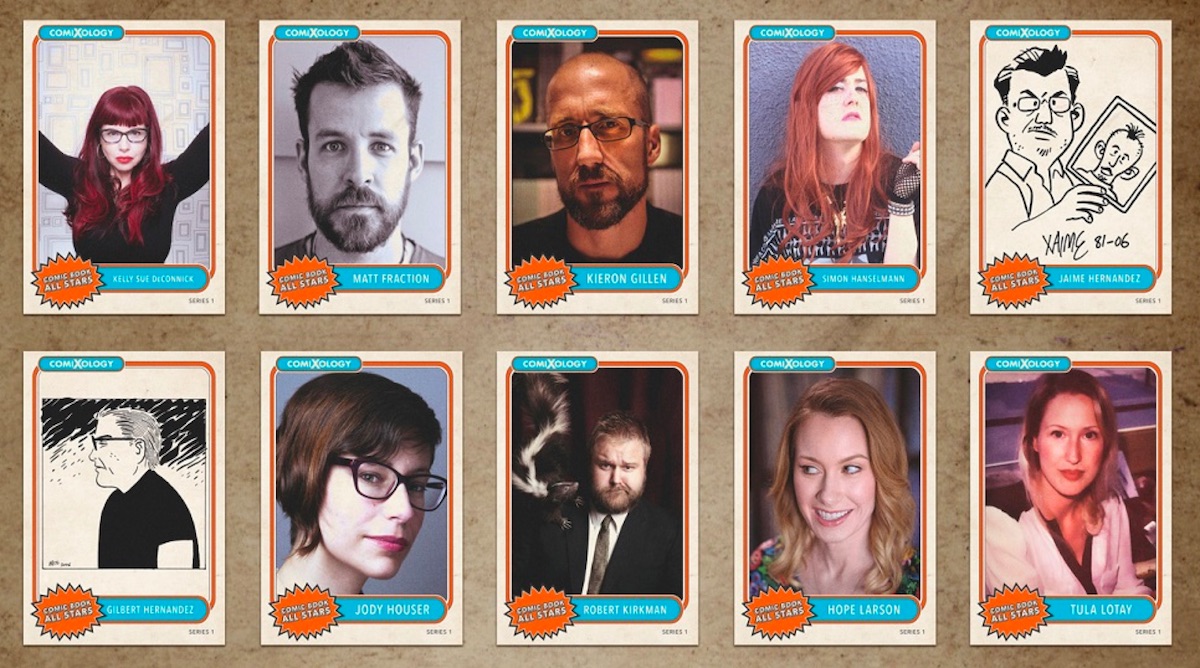 Sometimes a piece of design comes along that hits you squarely between the eyes not so much because of what it looks like as what it says about where we are as a society today. This week’s wakeup call is this series of trading cards set to be offered at the Comixology booth at San Diego Comic-Con later this month. What’s the big deal? Let’s take a look, shall we?

To begin with, Comixology is a cloud-based digital comics distribution service – print most definitely is not their thing. Yet they are using paper trading cards to lure potential customers to their booth. (And just like baseball and non-sport trading cards, there’s at least one card containing a handy checklist to make sure you’ve collected the entire first series.) 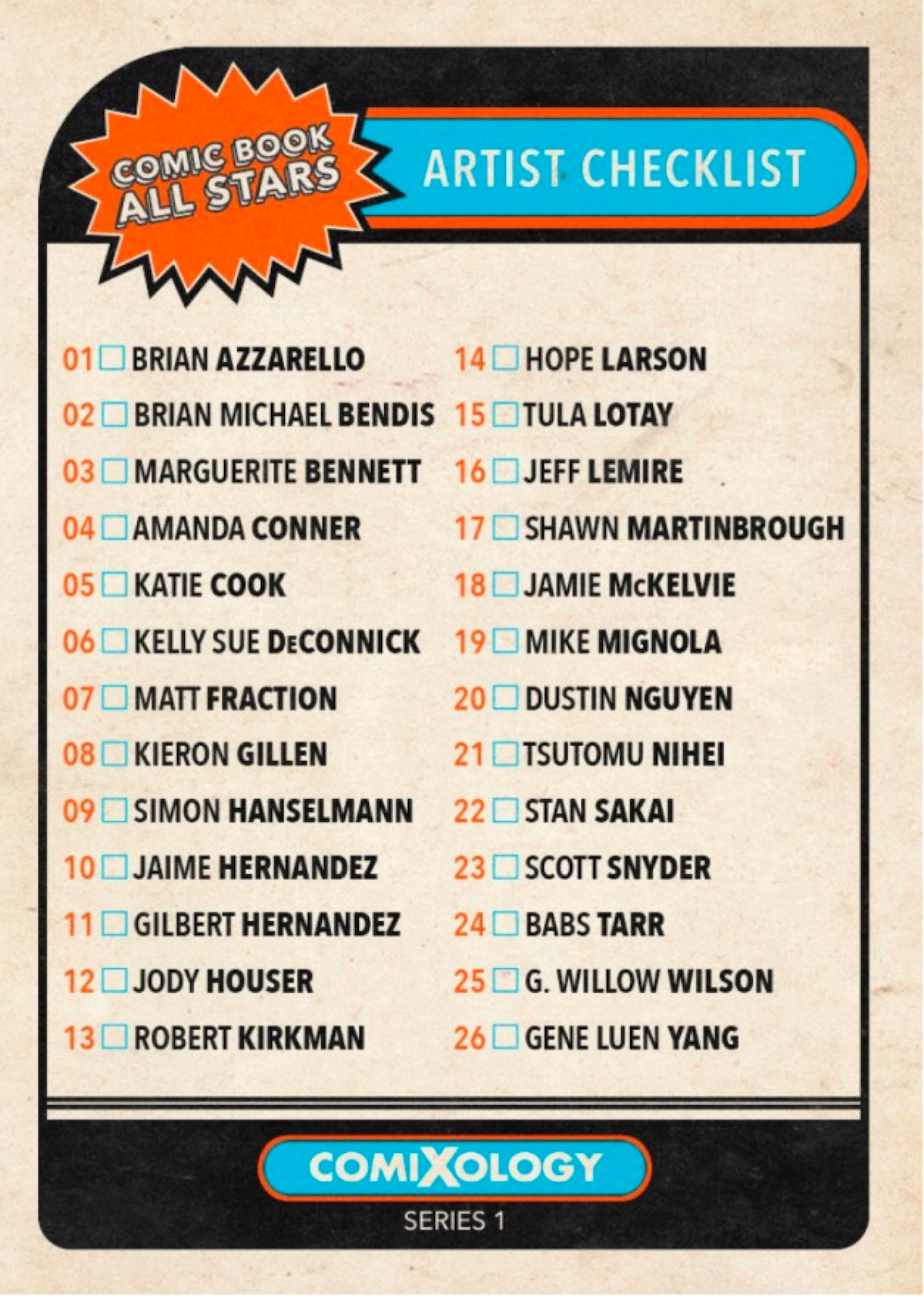 Perhaps more importantly is the sheer range of diversity represented here. To begin with, we have nine women comics creators out of a total of 26 cards. While not a phenomenal statistic (four more would’ve been a nice touch), in the current climate in which women have been systematically harassed online in the geek culture world (video games – comics’ high-tech cousin- being a particularly savage area these days), this is still pretty significant.

But this is for Comic Con, after all, so we also have Marvel Comics writing powerhouses Matt Fraction and Brian Michael Bendis, and the white elephant, er, zombie in the room, Robert Kirkman, who is probably one of the top five most successful comic creators in history, having originated that AMC juggernaut “The Walking Dead.” 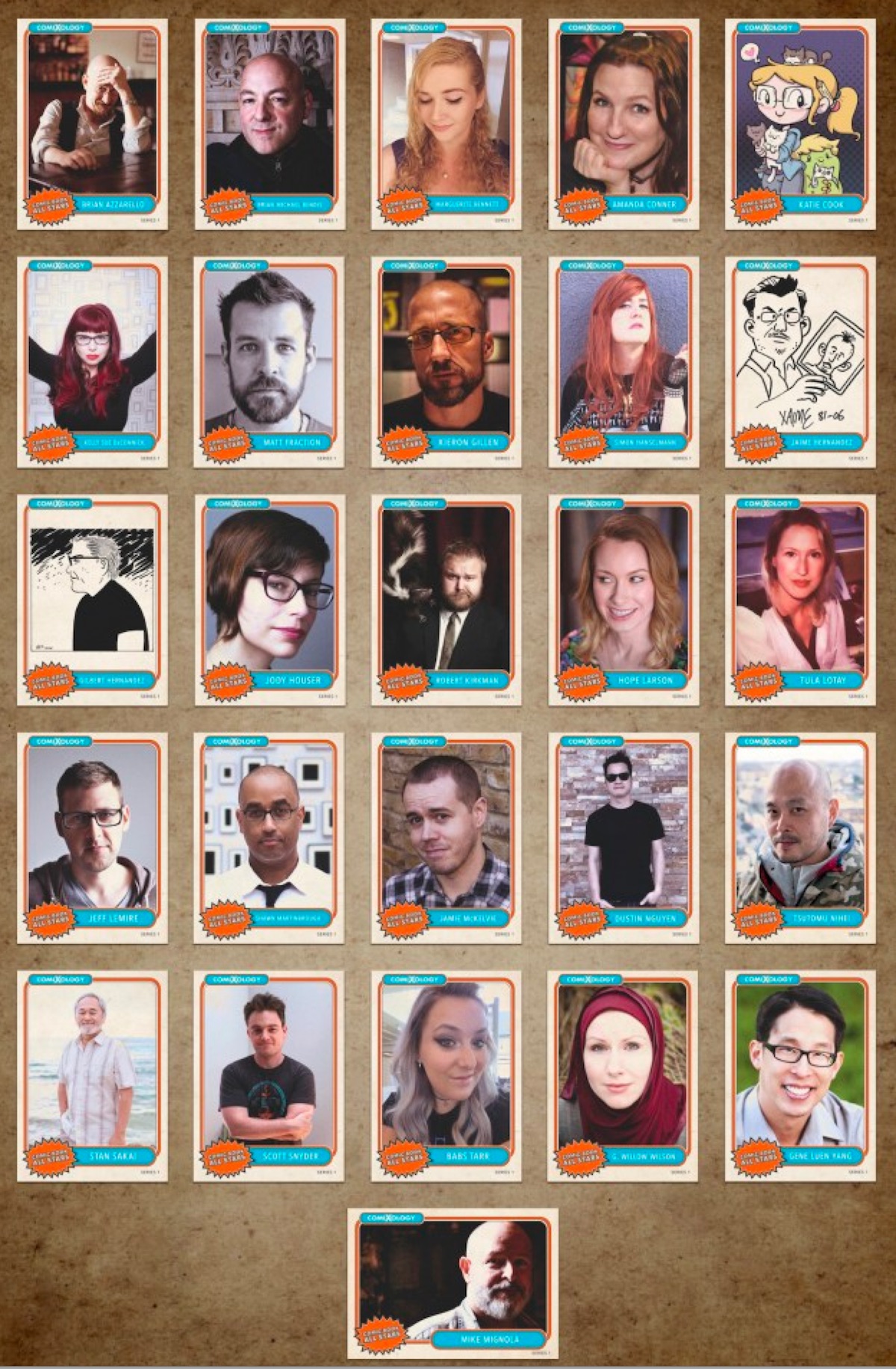