Cool Cards of the Week 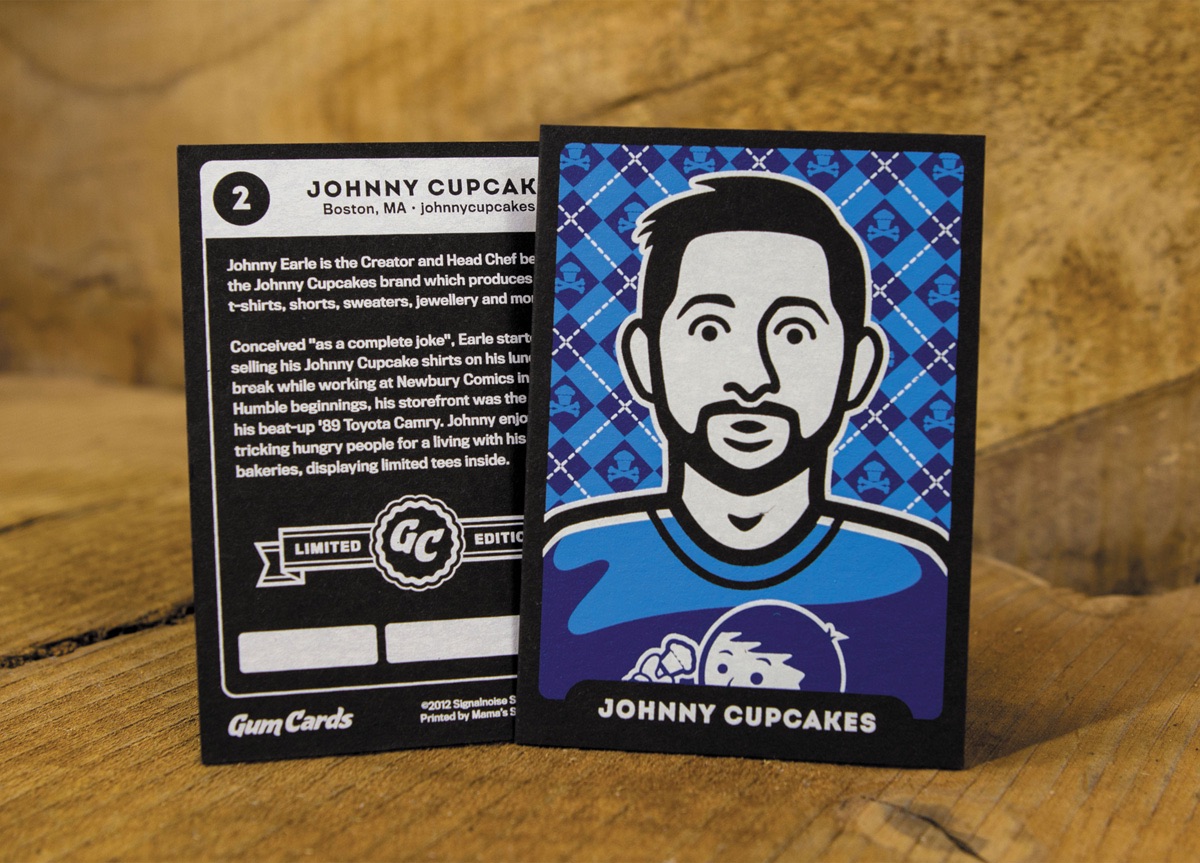 This week we defy the soul-crushing anxiety of Black Friday with business cards that bring a little something extra to the table (including occasionally not actually being business cards). Rejoice in the paper emissaries of an illustrator who specializes in “handcrafted branding,” a dual-layered, laser-etched enigma, and trading cards featuring some of our favorite designers. (Previous Cool Cards of the Week can be found here.)

London’s Joe White is a master when it comes to blending fine letterpress detail with cutting-edge typography, and wouldn’t you know it – his business card communicates that brilliantly. 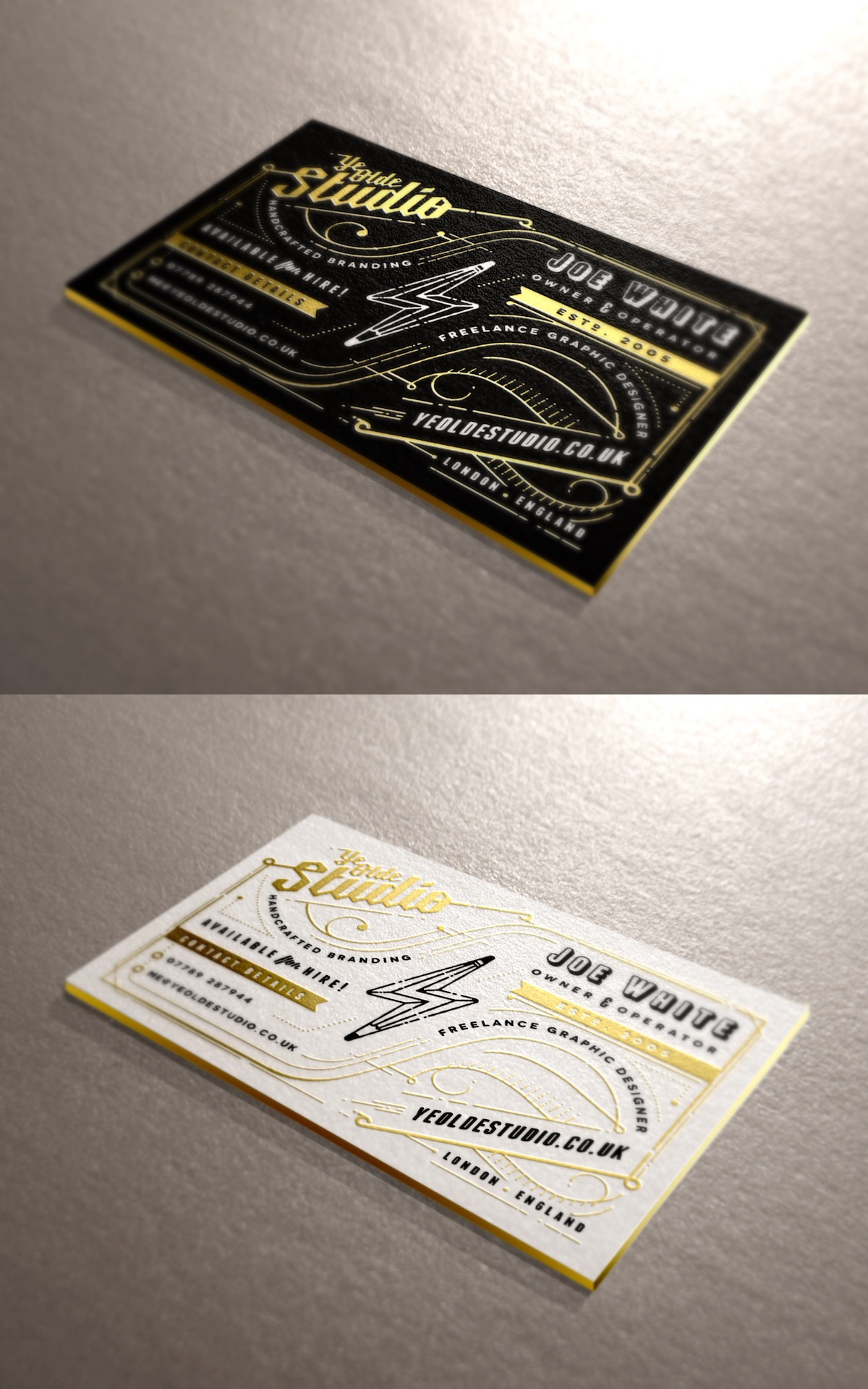 The creations of b-type design have graced this feature many times, and that’s because they never stop trying to discover new ways to bring the humble business card to life. The cards below were only ever prototyped, but suggest a new realm of possibilities when it comes to laser cutting. As they told CardObserver.com:

“They were produced via an intriguing two layered laser etching process which resulted in the fingerprint image being slightly textured and the lettering being much more deeply etched. This created two layers of texture, something we haven’t seen before with laser etched business cards. Apparently it wasn’t easy to produce this design but clearly it was worth the effort as the end result is spectacular.”

If you’re a print geek, the thought of marrying trading cards with your favorite designers will probably leave you saying, “Yes please.” Nova Scotia’s James White (aka SignalNoise Studio) teamed with Mama’s Sauce back in 2012 to make these fun “GUM Cards” featuring a few of our favorites, following a successful IndieGoGo crowdfunding drive. While not technically business cards, any of the five designers featured could easily use them as such. 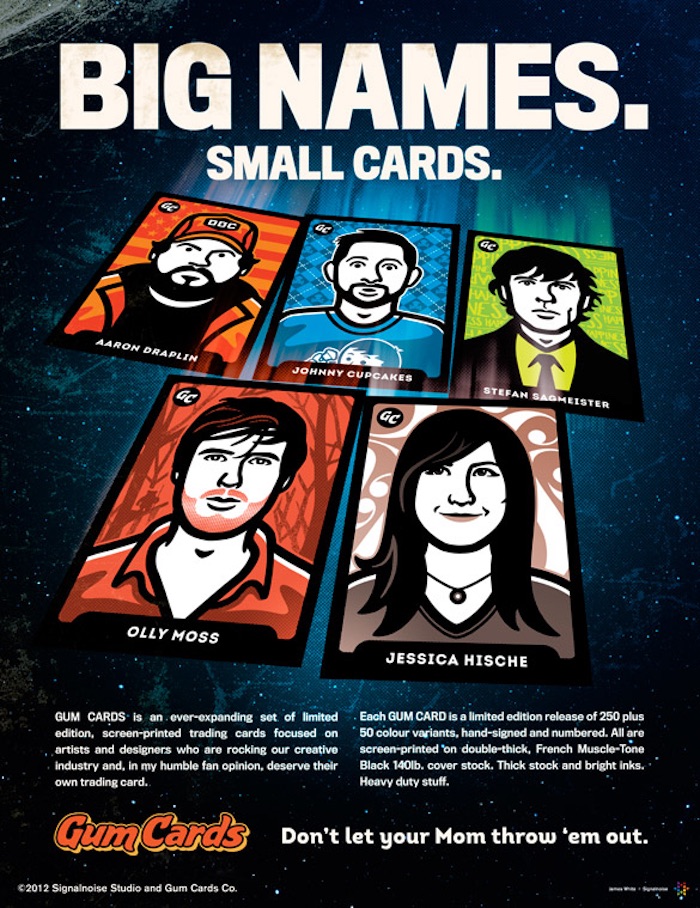 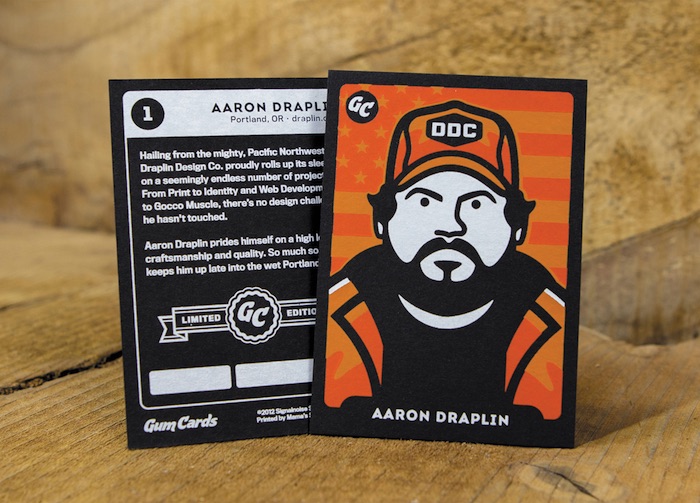 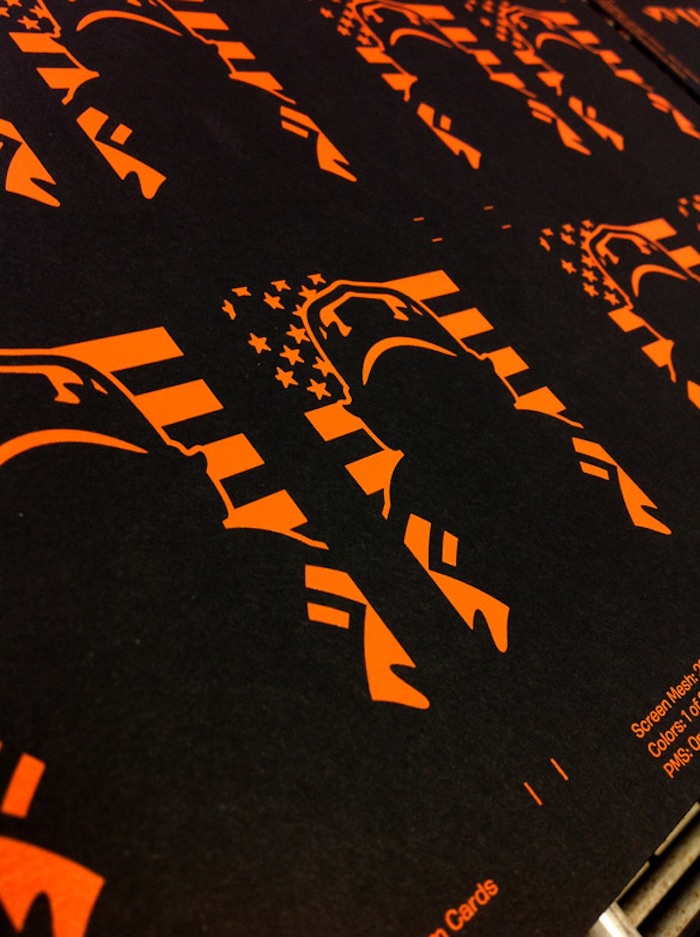