Thankfully, it’s not often that news of a redesign prompts the question, “Gosh, is that magazine still around?” Yet that was our reaction on learning that the 119-year-old Billboard music industry magazine has just received a complete facelift courtesy of Pentagram’s Michael Bierut – arguably a rock star of design in his own right.

Starting with the Jan. 26 issue, Billboard is leaving behind remnants of its trade-newspaper-design roots to push beyond the boundaries – literally, with pull quotes, graphs and other data shoved off to the margins being a key change. 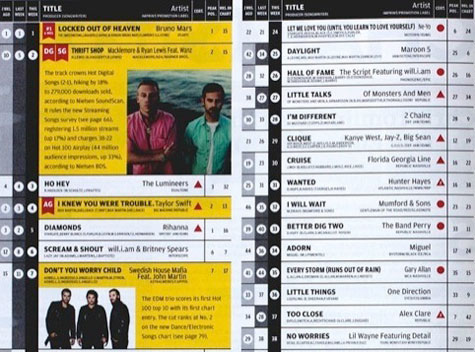 Perhaps most liberating of all, the tax-form-like matrix of chart positions for which Billboard is known now appear in a larger format (above), spreading across a greater number of pages, allowing the information to “breathe.” Textbook-highlighter-like bars that used to pick out key chart details have been replaced with larger colored boxes that also act as a better foil for slightly larger photos. 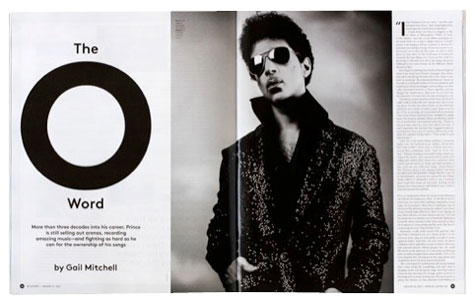 The only quibble we have is with the use of color in the new logo: it appears on the website and in marketing materials, while a black or white version of the logo is used on the cover of the print copy. “This makes the print version look immediately more grown-up and serious, and a lot easier to design with full-bleed color photographs.”