Just because many of us believe Web design is only a pale shadow of what can be achieved on paper doesn’t mean we wouldn’t like to borrow some of the Web’s flashy ways occasionally. Which is why Bare Paint from Bare Conductive caught our eye.

Developed by graduates of London’s Royal College of Art, Bare Paint is essentially electrical circuitry that can be applied to the surface of paper or anything else in a fashion similar to ink.

Suppose you want to create a direct-mail piece for a pet hospital – a small box – that you really want to stand out. You’ve decided on a photograph of a cat with green eyes that flash on and off for the top of the box. Normally, you’d have to build a circuit on the inside of the box using wires, which could get pretty messy and time consuming. 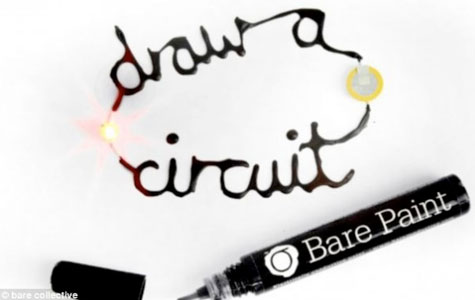 With Bare Paint, you simply draw lines leading from the LEDs you’re using for the cat eyes to the tiny battery you’ve glued to the underside of the illustration – and you’re done. And because the paint is conductive, you can also design your creations to be triggered by human touch. How about a business card that illuminates when someone picks it up? 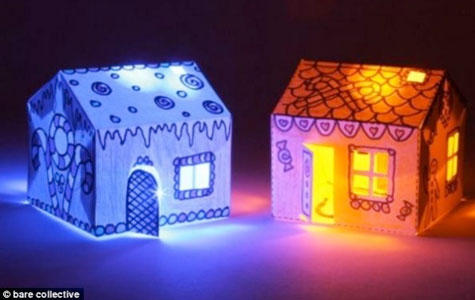 To get a better idea of just what can be done with Bare Paint, take a look at some of these projects. 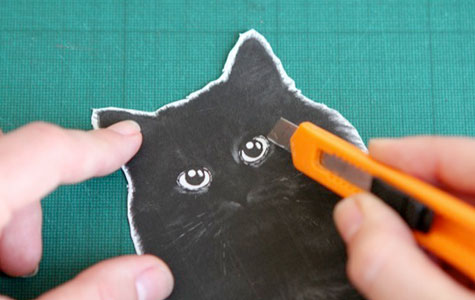 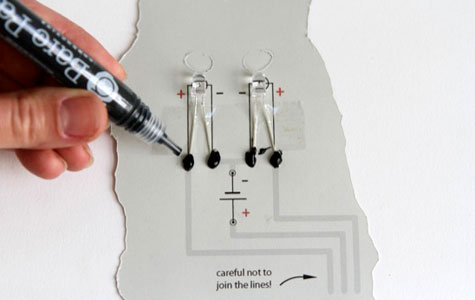