As amazingly accurate as they are, paper maps seldom give you any real sense of the geographic area you’re looking at. While that was an acceptable trade-off before the widespread availability of Google Maps and GPS systems, paper maps must now offer a little something extra to remain relevant today.

Leave it to a small group of peripatetic surfer types to come up with “Awesome Maps,” whimsically illustrated guides to various parts of the world based on one’s particular interests…such as surfing, for example.

There’s also the “snowtripmap,” the “footballmap” and the “bucketlistmap,” to name a few. They also come in several versions, including those that you can write on using erasable markers, and those that allow you to scratch off a silver layer to reveal the illustrations beneath, once you’ve been there. Prices range from about $25 to $160.

Not surprisingly, this little venture is another graduate of “Kickstarter is the only way to get anything financed” university, having raised more than $56,000 toward their initial funding goal…of $8,000. Now that is “awesome.” 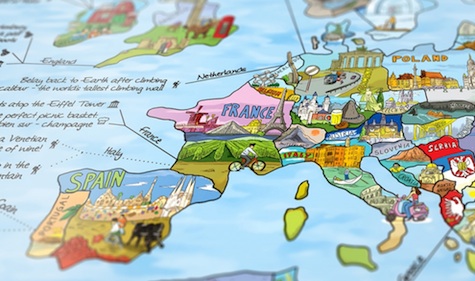 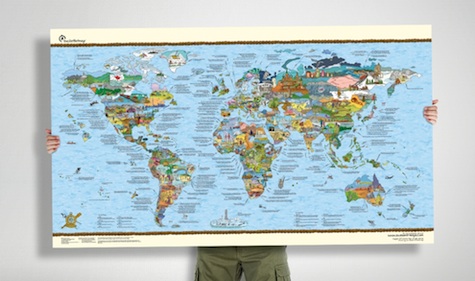